Maybe you’ve seen the first version of him, and it wasn’t so appreciated… I made the 2nd version, which is much more updated. I made him more dark red, including some black. everything is different… So what do you, guys think? 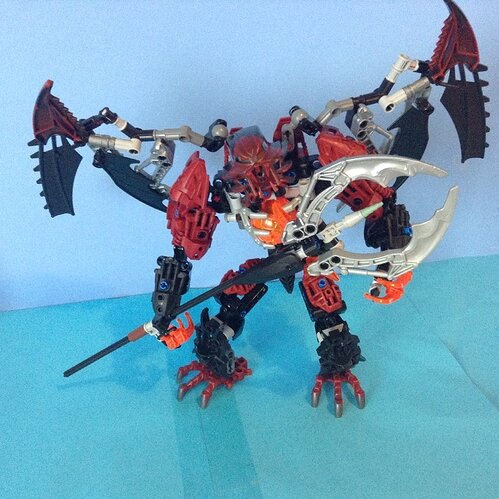 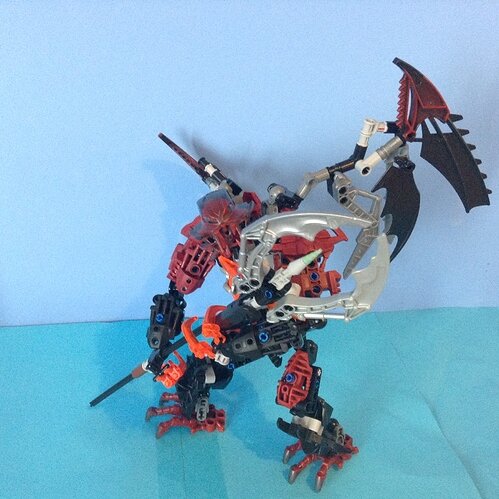 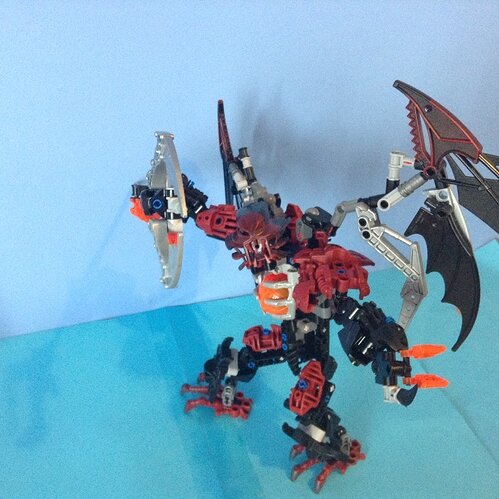 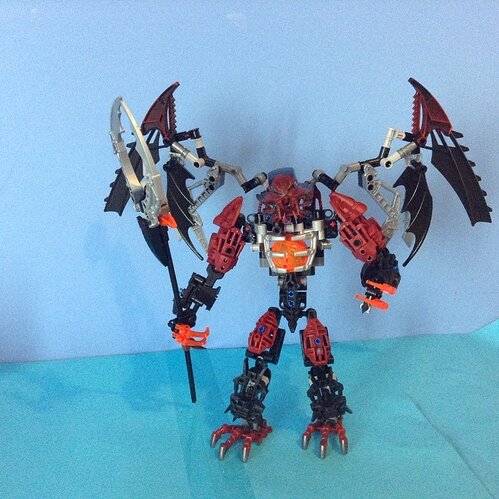 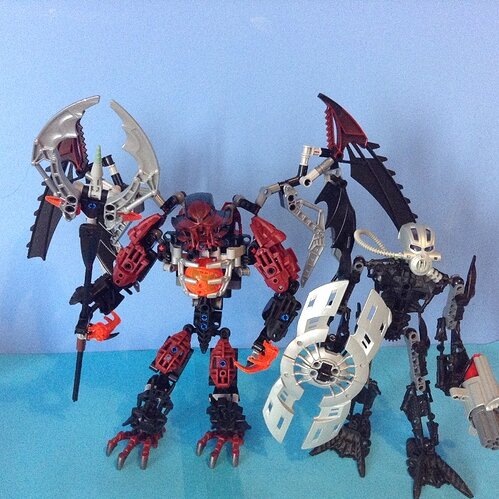 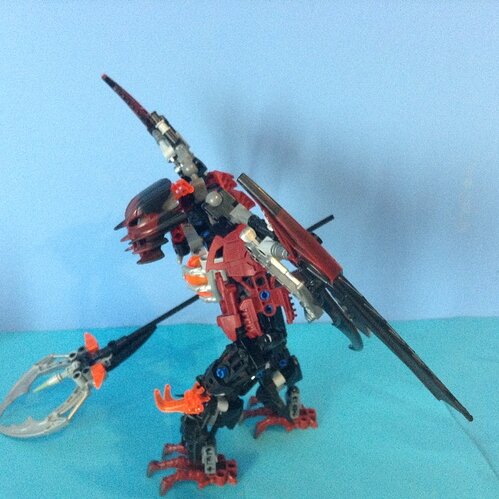 In the begining, He began as a normal ta-Matoran. He and some Matorans explored a strange Island, which looked like it was the place where a big battle taked place . They found the ruins f a robot and they wanted to explore it. Mistakenly, Radrix got infected with some kind of shadow leech venom left there. He became a shadow matoran, and infected the others. They found even a Toa stone, which they used and made themselves more powerfull, now in Toa form. He made a fork on which he put the venom, so if he could just pinch somone with the fork, it will infect him and make him on his side.
He keeped the secret island for himself, made a fortress,and captured more Matorans, making them in shadow matorans.

Good comments are appreciated! Have a good day!

Proportions seem off
He reaches below his knees

It’s needless to say that this guy looks too similar to Antroz. Like… Too similar. His proportions are also kinda off. He has huge wings with decent limbs but a very small torso. This makes him look awkward.
The build is pretty nice and interesting. Not much to say about it but it is a big improvement.
The colour scheme is attacked by all of the gray and silver and transparent orange. You should change them. There are also blue pins.
And now the backstory. You changed it a lot. Too many things were changed. You created more problems like plot wholes (so the quantity of venom he put on the fork is enough forever?) and things that just don’t make sense (so the island was inside of the Great Spirit Robot, like in the original, which was on another island? Why? How big should that island be?).
Overall, the moc is good, but there are cons, especially in the torso and backstory.
7,50/10

When I first saw it, I couldn’t see any differences from the original. He just looks like Antroz with a stick.

I agree with everybody else. I know a gave a good word for the preview you gave me, but I do realize that it’s too similar to Antroz.
Other than that, it’s pretty good.

some suggestions: maybe do more black, with dark red as a less dependent color, and take out the wings. Also, take out the trans orange in his chest and claws. Maybe make his legs taller.

You’re getting there. It just needs some more work.

Thanks. i will sure try

A definite improvement. Not sure what you’re doing with the legs, he’d probably benefit from prefab legs. The Inika foot-on-shin technique really only works on bulkier MOCs. Feel like the forearms ought to be fully G1 instead of CCBS; since CCBS and G1 have such different stylings and he’s consistent everywhere else. Wings look pretty nice, they have a very bony robotic feel to them (which could be improved a little if you took off the Batman wings.) Upper torso looks pretty blocky though. As with the legs, you ought to see if it could work with a prefab Makuta torso.

his hands look off, but otherwise this moc is petty good. 6.5/10

Hey I am not the only one with a rating system anymore!

I just updated him a little, the feet are black and made more stability , got out the trans orange from his hands, and the batman wings. 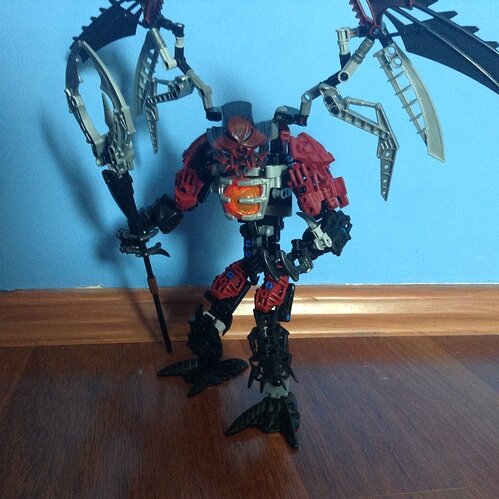 wings look too gappy and thin with the technic, i advise using some system tiles to fill in the gaps and thickening the bone structure
but this is deffinetly better i’d say 8/10

Ah, to be young and non-critical again.