I hope I can get this straight. Before we start, I would like to note that Rai is in fact my Primary Self-MOC. However, Ekorak remains to be my Primary as well. How, you might ask? Well.....

I can hear you gasping in disbelief. Don't worry, I'm not giving up on Bionicle or anything, it's just that I wanted to have a story to narrate using my Bionicle-made characters, but I actually would be the creator of the characters and the universe, not just using them. Basically so if LEGO cracked down on fan made projects and stories, I would still have the right to continue my story online. When I mean putting it online, I am referring to a stopmotion series I am preparing to start, which will be titled City of the Fallen.

Let's get to the MOC, shall we? 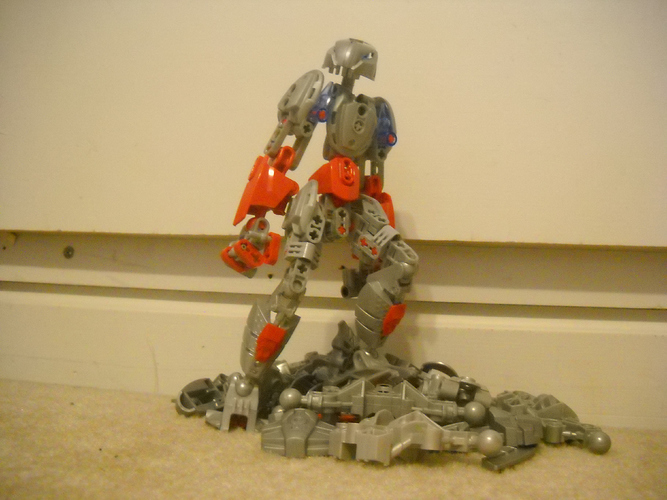 Well, here he is. I wanted a simple, yet flexible and study MOC, in colors I could use lots of (for later in the story >:D). And yes, sorry all MOCpagers, Rahkshi head. I have my reasons, so shaddup. 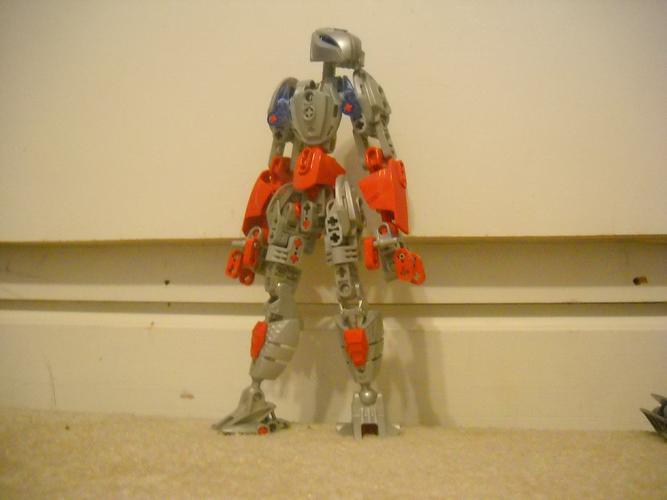 Generic standing pose. Just to clear this up, he is a cyborg, and all silver on him except for his head is metal. The red spots are patches of fabric. 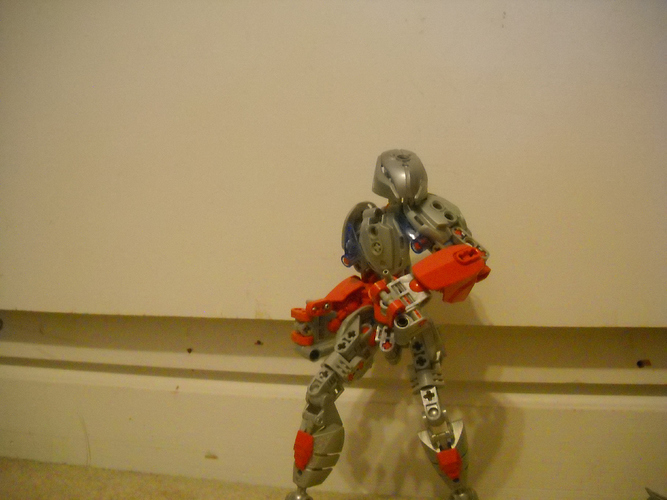 A slightly more dynamic pose, showing his fists closed. Just to note, I think I am the first person to use this particular finger design, although I'm not sure, and I'm too lazy to look across the winds of the internet to find out. 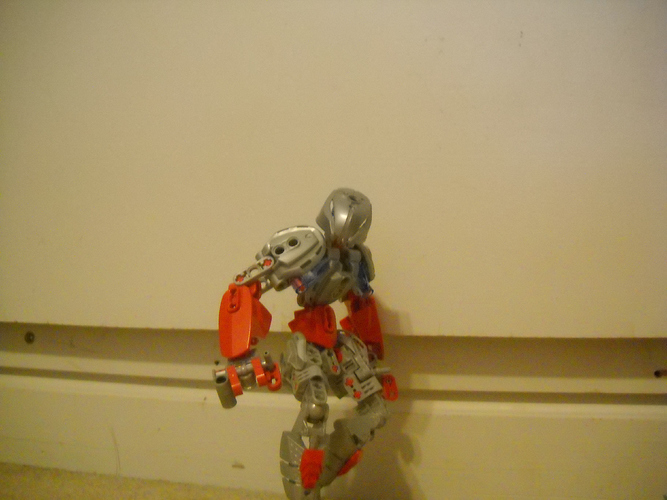 Some sort of action/landing pose. By the way, in the universe in which the story will take place, freaking everything is overpowered. Rai himself can lift approximately 50 tons without amplification, 200 tons with. He can also run at the speed of a train without amplification, at the speed of a bullet with. He has other abilities, but I can't say anything about those without giving out spoilers

EDIT: I have decided to nerf his un-amplified abilities, making so he can only lift about the weight of a car, and.....well he can still run the speed of a train, but his amplified speed is only about the speed of a jet. 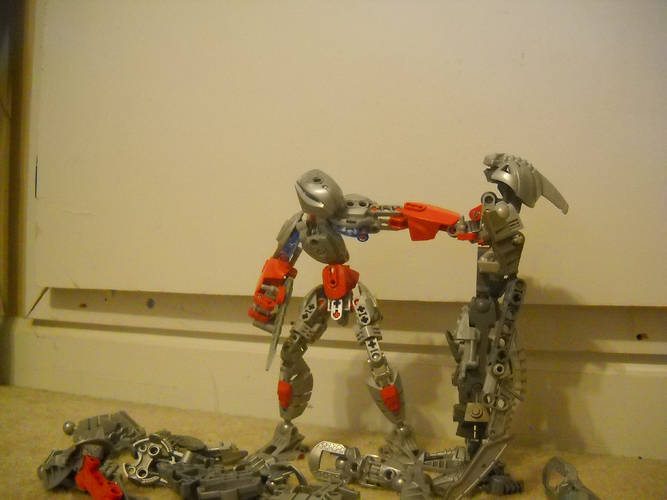 Preparing to deliver the final blow, perhaps? The piece of junk that he is about to kill is called, quite appropriately, a Scrap Zombie. More on those in a minute 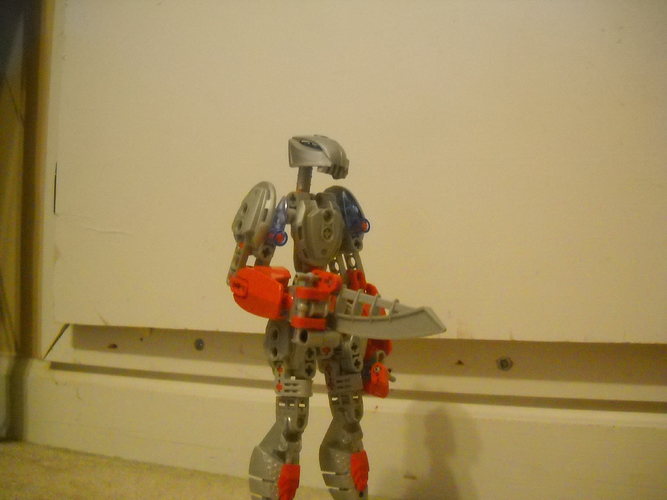 A better look at his first weapon, his wrist blade. This will also be a connector for a weapon I chose not to reveal in this post, because he will not use it until later in the series. 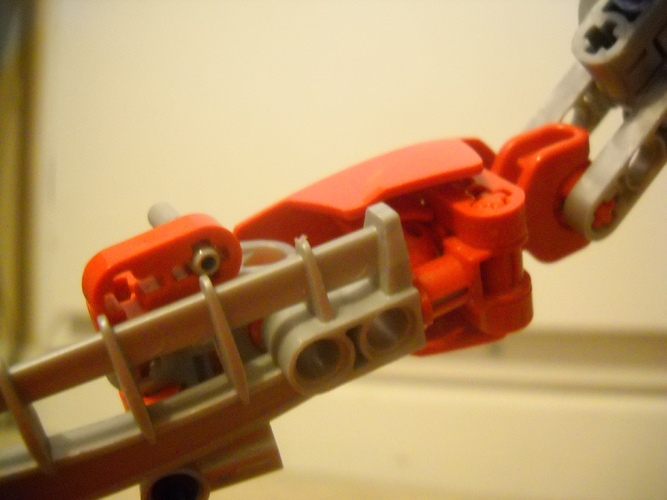 Just for those that are curious as to how it is attached. Simple design, but hey, it works.

But now for the gem of his Tier 1 weaponry. This is called a VM3 Blade, which stands for Volt Magnetic (version) 3 Blade. The actual blade has a magnetic field around it, allowing it to push though any substance in the known universe, unless it is protected by a magnetic field of its own. 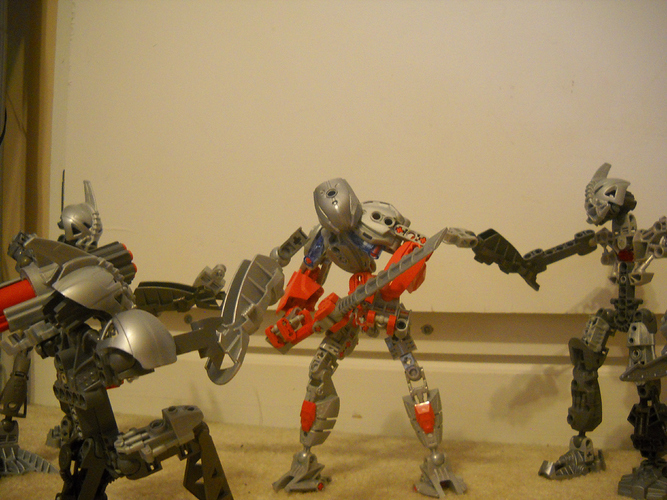 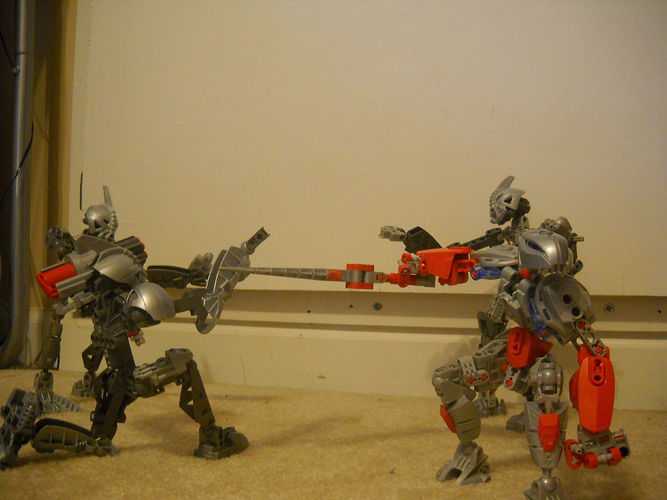 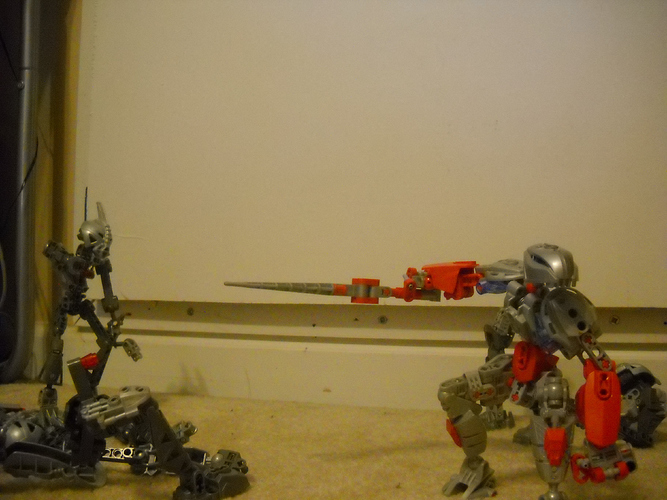 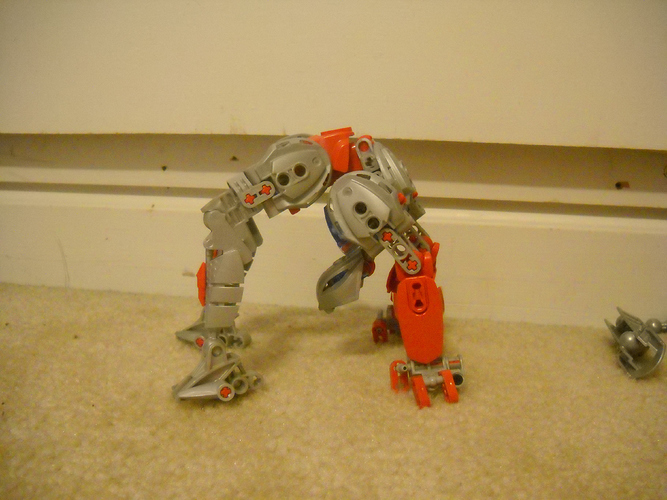 Oh yeah he's also flexible like nothing I've ever built before. Two waist joints and two neck joints. Also, if anyone EVER asks for a how-to on him, I will possibly comply due to his simplicity, but you'd better be ready to blow through nine balljoints on one MOC. 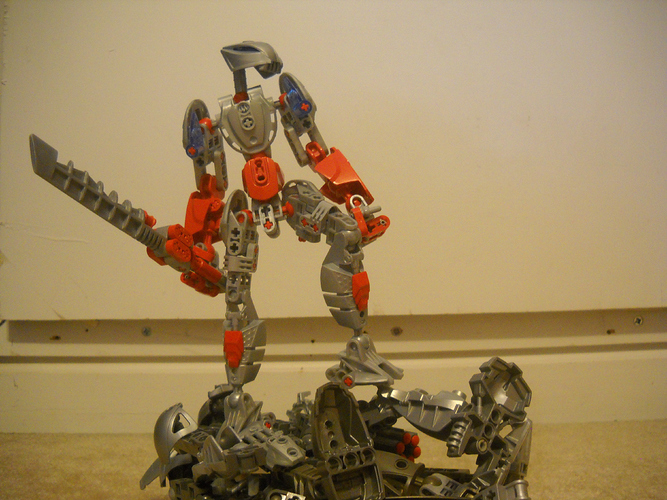 Final shot with him standing atop the un-animated Scrap Zombies.

Well, that's all. Hope you enjoyed to MOC, even if it's not my best work

Pretty swish dude! I like how you keep flexibility without sacrificing armor. Not a big fan of fingers, but that's just my personal preference.

Thanks! The original reason I put the little technic connectors as fingers is because all of my silver Exo-Force robot arms are for some reason, really loose, and I didn't want to have fingers flopping all over the place while I attempt to film a stopmotion scene

Understandable, but I'm saying I don't like fingers...at all. At least not on Bionicles.

Not bad, and the backstory seems interesting.

The random blue on his shoulders seem out if place though.

I haven't actually put much of his story in this post at all. It's pretty long, to be fair though.

The random trans-light blue? Well it might seem random, but it's story related. Like I mentioned in his abilities, he can amplify himself. How this is done is spoilers, but those are basically overcharged sections of his body. As for my choice of color.....well it matched his eyes

I'll say that the Trans blue looks out of place.

Other than that, fantastic work!

anyways... The legs are little too small... I guess

Its called a rode

it looks pretty simple I like it its cool!
I also wish bricklink shipped to where I live...so I could swim in those balljoint pieces..I really need them..at least I got two from the metalbeard set

Actually, I dislike it and I have quite a few of it. That's why I used it on characters that were meant to look bad.

Okie, I just never saw that ammount of Rodes... in one place >.>

He IS really simple. The only thing some people won't be able to figure out just by looking at him is his body.

Actually I got all but one of these balljoints from my friend's dying Witch Doctor model. I ended up running out of balljoints early though, and so if you look really close, you can see that the balljoint behind the HF armor on his stomach is black instead of red

Gezz, what were you trying to make with those, since you hate 'em >.>

I figured that since the only mask I have more of is the Huna Metru (I'm standing at having nine of those, I think), and that is dark red, I'd use a nice silver mask that I could use multiples of for brief periods of time. These guys will almost undoubtedly get scrapped after a few episodes and either replaced with different ones or replaced altogether.

Also, I don't hate it. It's just that I'm not a fan of the expression and the horn.

Well.....I do get most of my parts in bulk lots of random stuff on eBay, so it's pretty random what I get. Hence the five or so Rodes and the nine Hunas. I only recently placed a Bricklink order to get more specific parts.

I guess.. kk. I would want some Hunas xP