The 2016 sets FINALLY arrived in my area… minus Kopaka grumble but it got me in the mood to build again.

#####Ok so this just started out as me messing with legs trying to get a double jointed knee for better articulation, like what you would find on good action figures and when I found something that worked I built this character around it.

Rakal serves as a knight for the order of Mata-nui and an effective interrogator, being rather fond of using his elemental powers to resonate his foes bodies, rendering them useless or just shake them apart, or doing the same with his sword to alter it’s frequency to cut through things with ease. 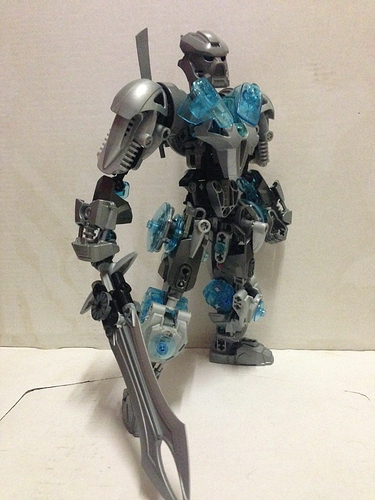 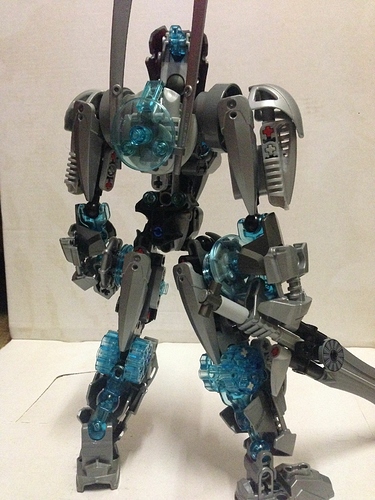 Those double jointed knees work better then expected too. 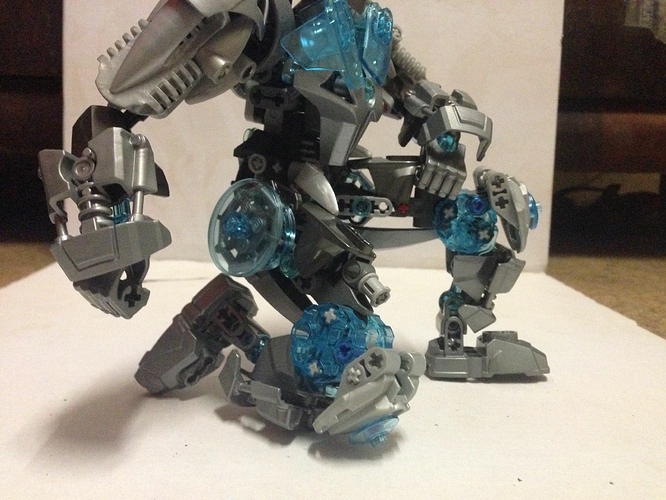 image3.JPG3264×2448 1.38 MB
between them and the joint at the base of the shoulder this build has a more natural range of movement. 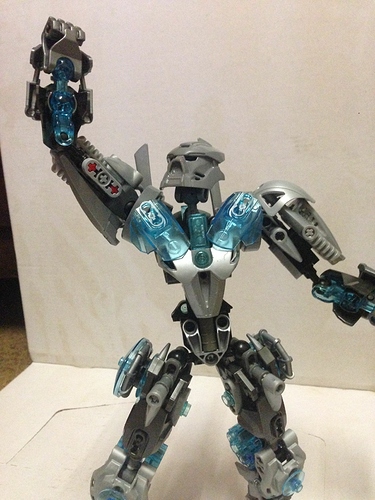 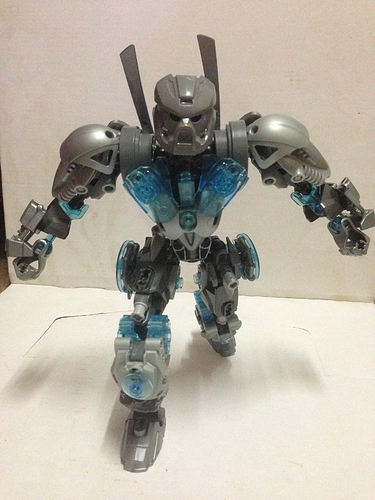 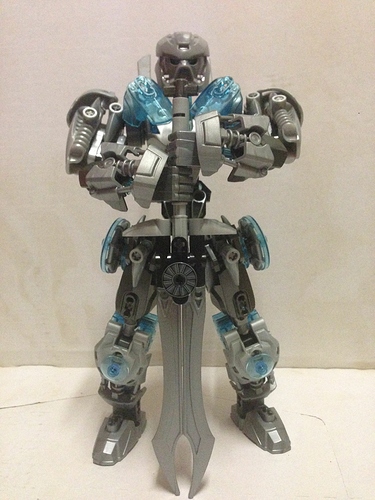 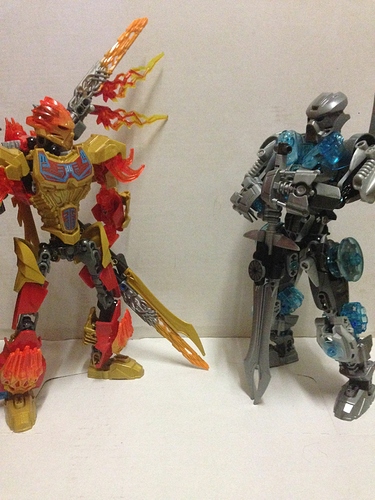 Not bad at all, but the sword design is kinda overused.

Eh, I needed something thick without using the Mihra Jaller blade

that leg design is quite a quirky design

Nice moc, but where did you get the grey mask of fire?

A spare Tahu and a really light layer of spray paint, though it’s not an exact colour match.

It’s there because I din’t really have another way to get a goo amount of blue on the upper body to stop the legs looking out of place… and I ran out of silver CCBS shells.

The MOC is amazing, but the blue shells on his chest look strange.

I dig this thing, a lot.
I like the overall design and look of the thing for the most part.
I like the sword even if the design is starting to get old now.
Them upper arms look really good, but the lower are just meh.
The legs are just

But the light trans blue an the torso feels off to me.
And He feels a little over powered, I like over powered.

But hey that’s just an opinion, my opinion.

Love the leg design and the 2015 Hau in gray looks good on this guy. The color scheme is also a sight to see.

I love the design and those katanas on the back, but that sword is weird

I feel that the torso looks a little odd (the neck looks too tall ). The rest of him is neato

Did you paint the mask?

Yep, just a once over with spray paint covered it well and didn’t drown out the smaller details.

I do have to agree, those knees are neat.