So, I’m not an artsy fellow, but I do draw a bit. Mostly sketches and stuff, but when I’m really commited, I tend to love my work. Here are some drawings I did with a pencil, and that took for-flipping-ever to make. 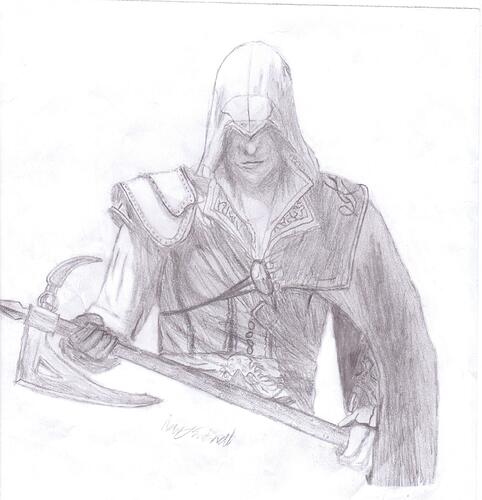 Ezio Auditore de Firenze, professionally scanned in unlike the rest. Most proud of this guy =D. 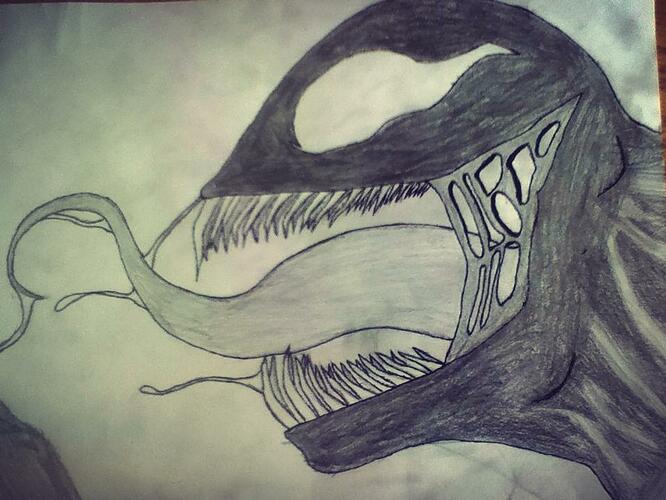 @Venom I think you’d enjoy this oldie. I used to draw the symbiotes from Spider-Man Web of Shadows all the time, this is that style perfected. At least, as much as I want to perfect it… 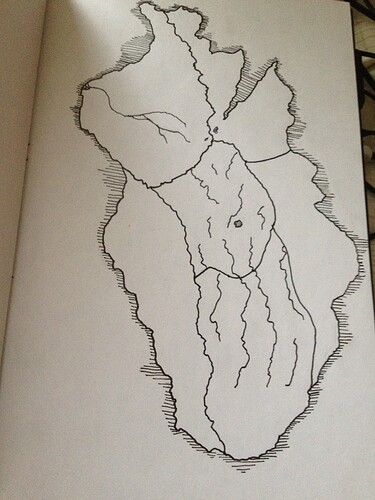 An island. I originally used pencil, but then i decided to ink it in. So I did. 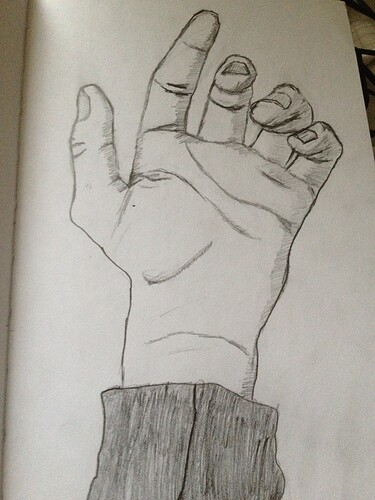 A drawing of my hand. Another favorite. 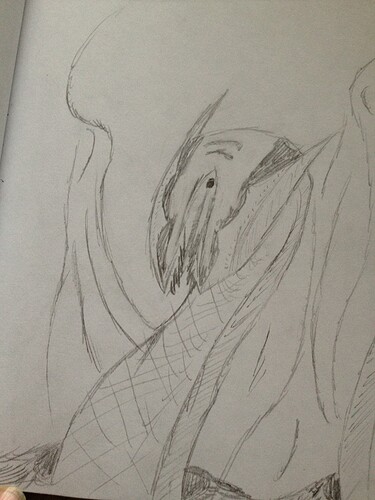 A bored sketch I did in Lit. I now have text above it saying “But the ■■■■■■■■■ came not from the Heavens, rather it was born of the very Earth beneath our feet… And they thought it fitting.” (@Nyran, is this an appropriate use of the word ■■■■? If not I will censor it.) 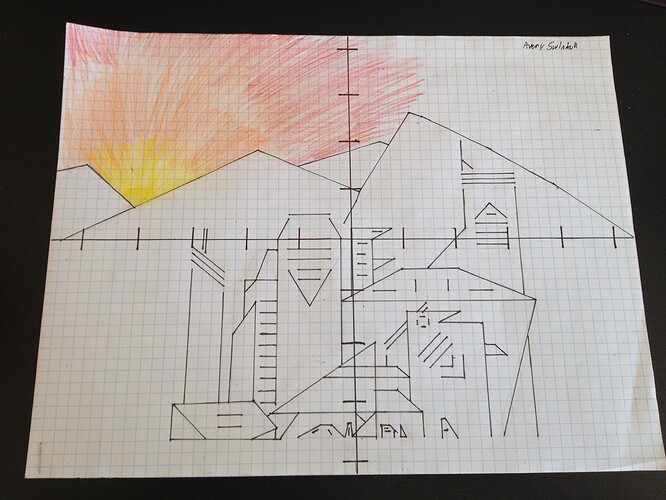 A city that was later inked over for a math project. We had to find the equations of twenty of the lines… 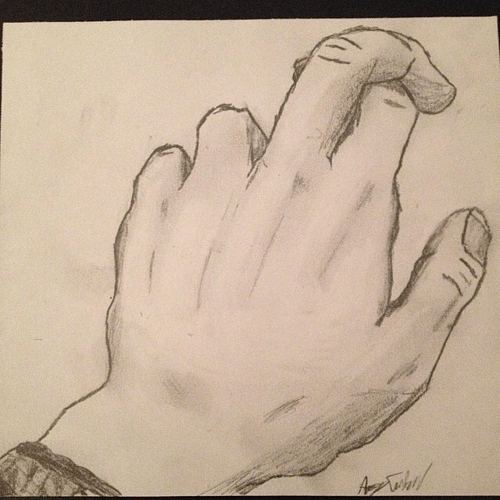 Crosses Don’t Count. I entered this in an art contest and won. Yey! 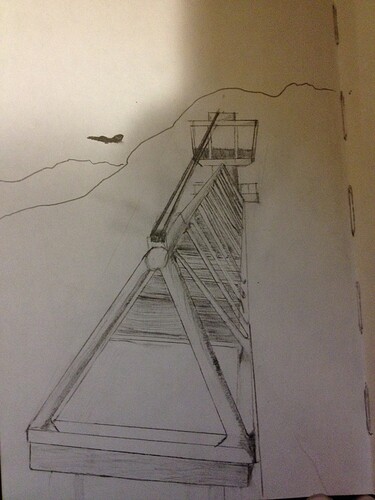 This is supposed to be a scene from Battlefield 3 in the map Operation Firestorm. There’s a crane in front of the mountains where the US team’s jets take off, and this was what I did… 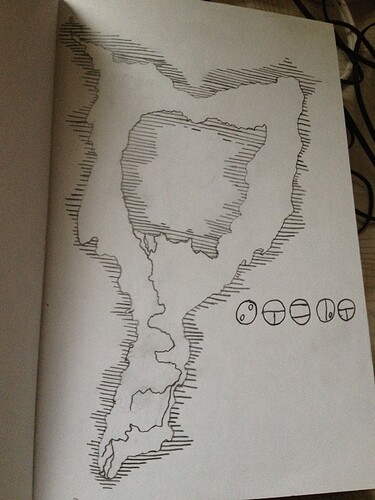 This is another island. The astute will note that The text next to it says Stelt. I wasn’t exactly happy with the way they portrayed Stelt, I always thought of it as this. I just put the lake in there because lake.

So that’s all for now! If you guys like these then I will definitely upload more! Also, leave constructive criticism ‘n’ stuff. You know the drill. =P

“But the ■■■■■■■■■ came not from the Heavens, rather it was born of the very Earth beneath our feet… And they thought it fitting.”

Darn. Here I thought I had been notified because of some sick Nyran fanart. Ah well.

But yeah, I think all of this looks really cool.

You know what I’m going to do next

I am leagues under you, my fellow

Leagues? Nah. It’s a different style than mine. You’re doing more manga-y stuff. I honestly cannot do manga at all. I’ve tried. (Personally, manga is a little annoying, but that because of some OCPD stuff, not because of the artist) Also, I find coloring in my stuff to be a huge hassle as I never can stay inside the lines very well. I can appreciate our differing aesthetics, and while some may value my more photo-realistic approach, others are going to like your drawings more.

I also appreciate the fact that you made some of yours on the computer, which is a thing I can’t do either =P I mean, my profile pic is one I made on PC, but it took so long… so… very… long.

That city for the math project. I had the same assignment one year and I swear I saw that drawing. Maybe we had the same class, provided you live in Texas. Otherwise that’s a strange coincidence.

No, I live in Colorado… That’s extremely odd…

Pretty good, bro. You’re a better artist than me. All I can do is cartoony characters that I make for an excuse for comic-styled characters.

Yeah, I try to keep the details in. But I end up making mine look similar to the Ditko, Romita, and Kirby style from the 60’s. There’s nothing wrong with that, either.

I would like to add that having a grandmother who used to be an art teacher helps substantially.

Holy crap. This is amazing!

Yar-tee-har guess what guys? I DREW SOME MORE STUFF. Basically, the story here is that I was Skyping a friend of mine, and I decided to make things with expo markers because why not. So for the last several hours me and this person talked, while I made these beauties. 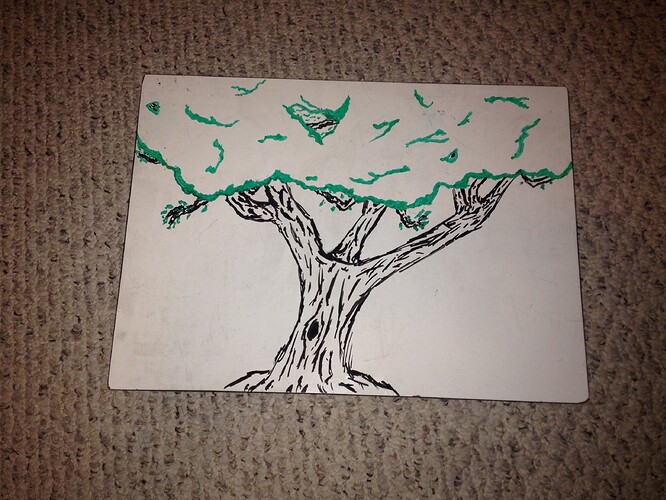 This is a tree. My friend and I wanted to plan out a tree house to build and live in, so I started this, but never really put the “house” in… 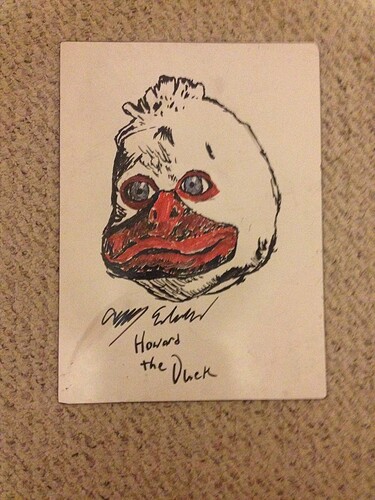 This is the amazing Howard, the Duck. Yeh. 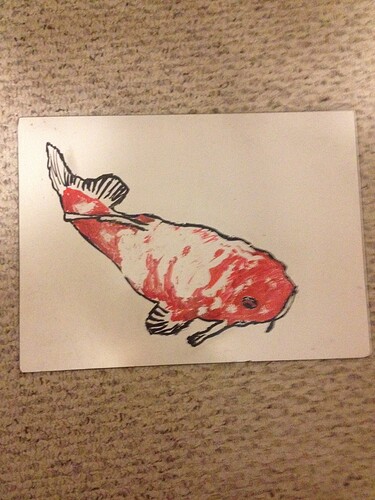 This is a koi fish that I drew for my friend because she loves koi.

And that’s all for now, although tomorrow I may try some more stuff but it’s like 3:30 where I live currently and I’ve stayed up far too long. See ya.

H…Howard… the Duck? WHYYYYYYY? WHY HAVE YOU WROUGHT THIS UPON US ALL… But seriously, good looking stuff.

Wow. With dry erase, too. 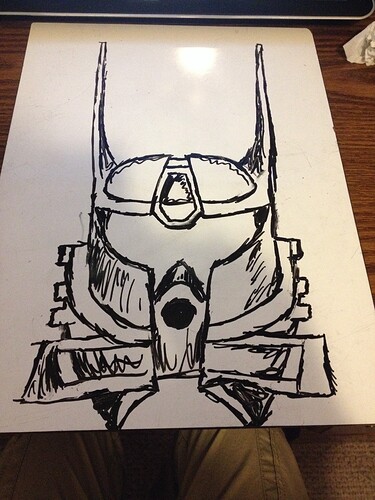 You did this wrong.

I might get around to doing a non-lazy one at some point.