Note: This is my own story of a parallel universe so dont mind any false things of the original line thanks

Aroxx was first discovered by the makuta which transformed him to a warrior of shadow. He than met a girl called Azura which also ended up with the same fate. She is also a Queen of some sort, but Aroxx didnt know that. Later on Azura discovered that even he turned to the site of makuta, he actualy doesnt act like that. He shows very loyalty to her. Thats why she decided that Aroxx should become a Knight. In my universe its like this: anyone can switch places by doing good things like help anyone out or fight for the good etc. so you probably would think that the loyalty and the promotion to a Knight turns him good again right? well it actually does, but just to 50%. So yeah thats the story and now the REVAMP pictures (ah yeah btw the main character in my universe is Azura. Just wanted to make that clear, Aroxx is just a Side caracter that Azura can understand how others feel about things) 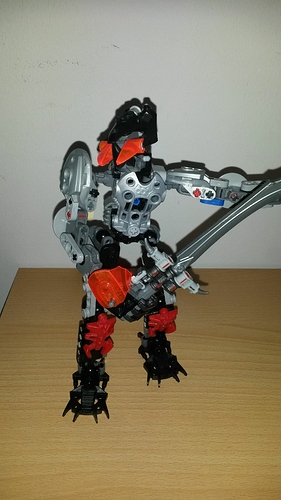 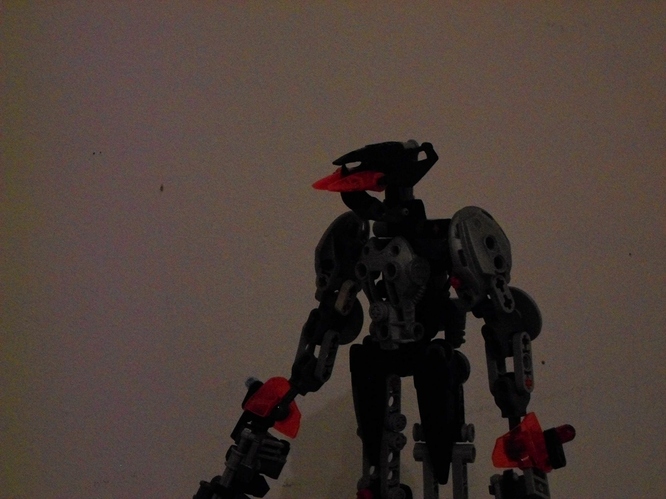 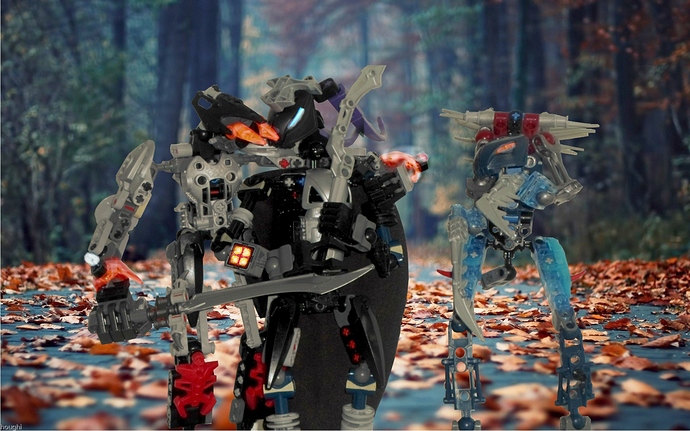 Looks good, but I think there is more room for improvement.

ok i will think of improvements. thanks

The legs leave something to be desired, but I like the head.

thanks Leoxandar. i will try my best on this moc of mine