The year is 2776. The evil Zxargian empire has taken control of countless solar systems, extorting them and draining of them of resources. A group of of earthian patriots has risen up against them. They are lead by one man: Revere. 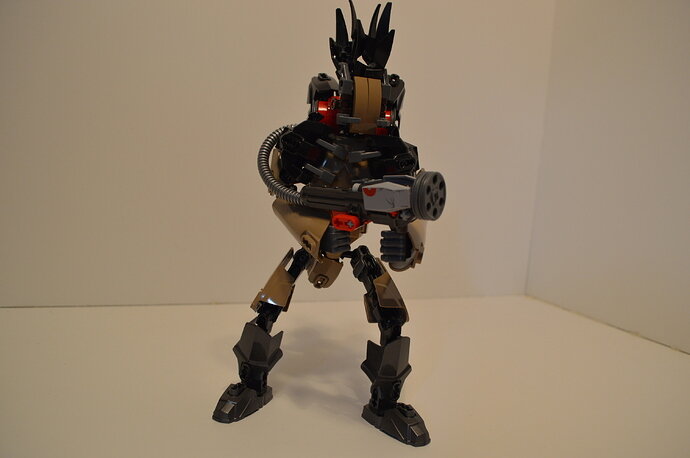 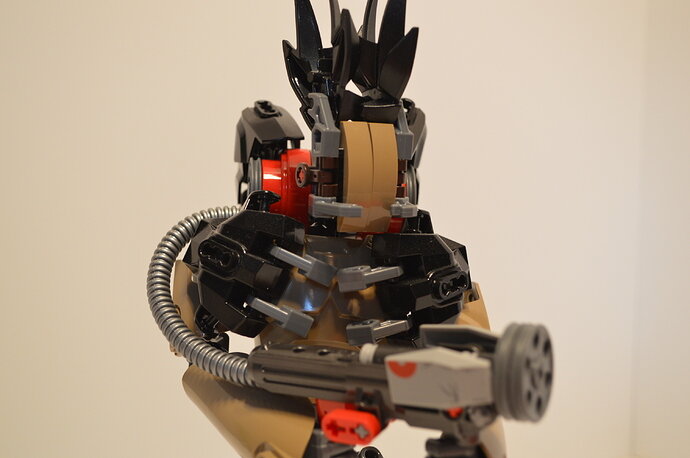 Revere wears a facemask, but keeps his hair open to the air to intimidate his foes. 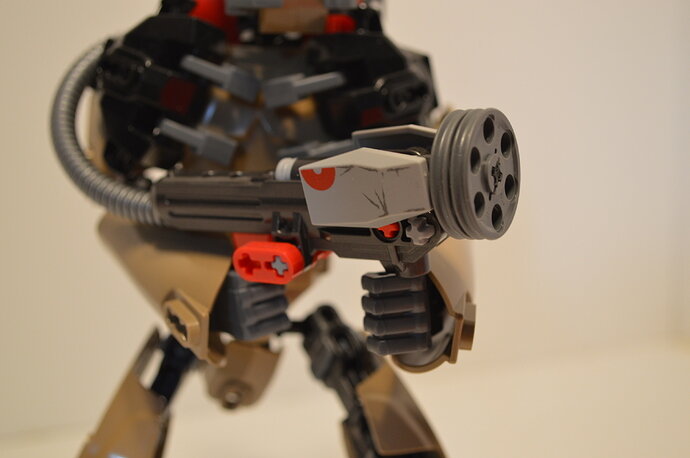 Revere’s gun is a standard model T623 Phasmatic Multi-barreled blaster, and feeds off of the tank on his back. 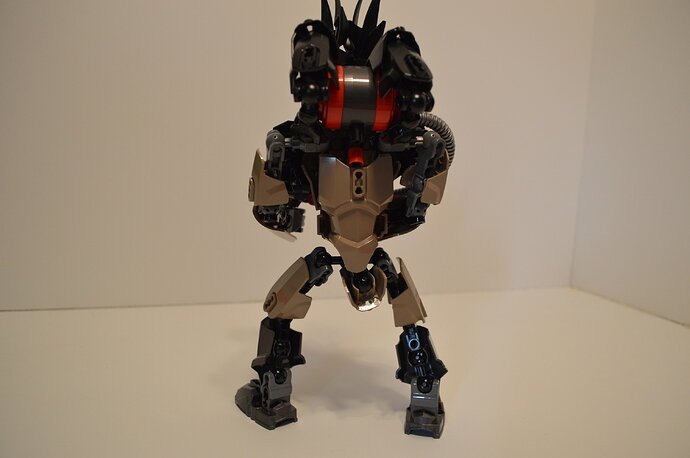 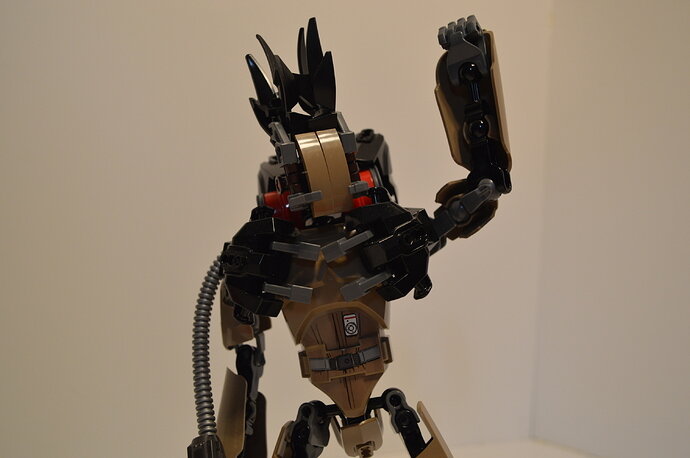 “LET’S HEAR IT FOR THE REBELLION”

So yeah, this is a thing. When @Chronicler suggested this idea over in my Combo Suggestion topic, I instantly knew I wanted to do it. Gorzan is a surprisingly versatile set, and Baze Malbus is…Baze Malbus. I was initially going to go for something less interesting; using the big chestplate and Baze’s head. But then I was like, “Nah I’m gonna do something more interesting.” So I did stuff, and was happy with the results. I’ve never made a custom head like this in a Combo Model, and it felt great to take advantage of the tiny bit of system Baze had. I know the arms are lanky. There wasn’t really any major solution to that, and I’d rather have lanky arms than T Rex arms.

Anyway, some of you may have seen this dude before on Modcast 48, which is all about Combo/Alt models. Feel free to check it out: 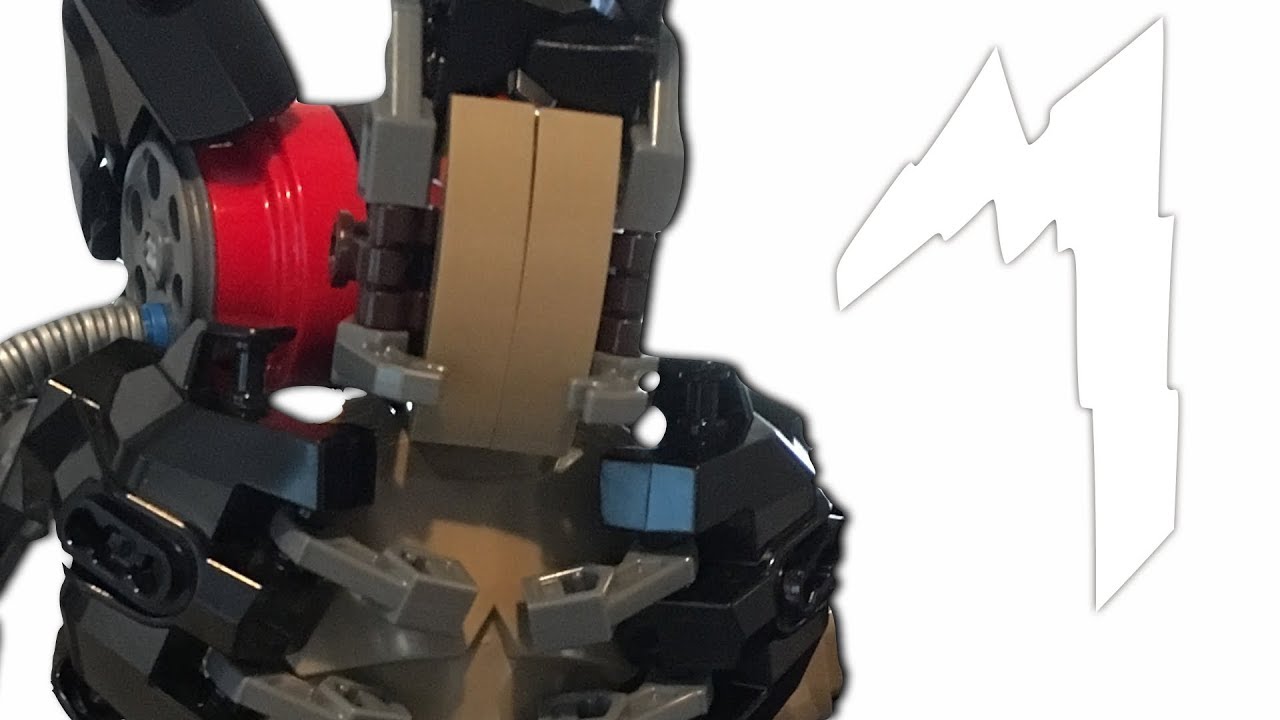 The custom head and the gun look great. My only problem is with the armor piece attached near the groin area as it looks kind of weird and doesn’t really work for me

This looks incredible, Slime! I especially like the custom head.

Well, this is certainly…

This moc is quite interesting