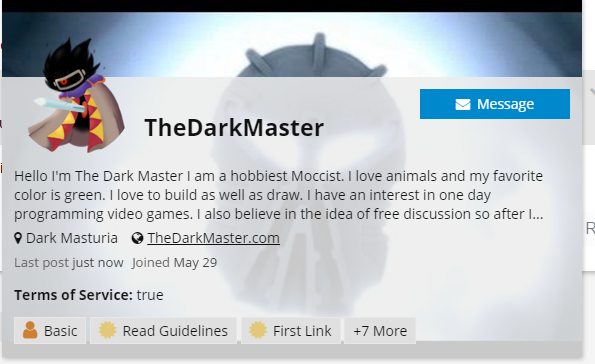 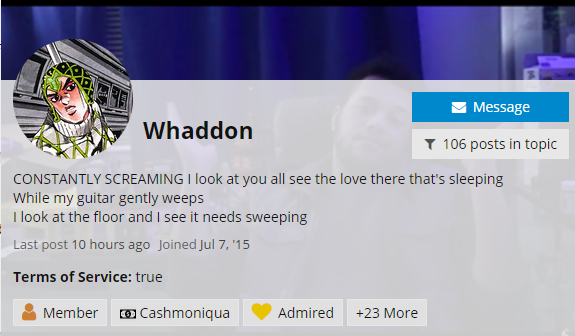 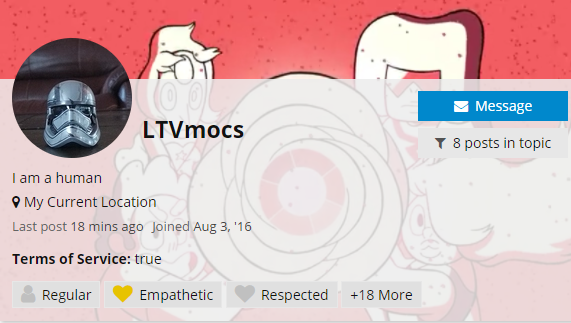 Instead of the roles Villager, Protector and Master.
It instead they are called Basic, Member and Regular
Whenever you get the pop up profile about them

I am special /s I noticed that too as well.

Discourse might’ve done away with that.

Well if you click on “title” it’s just had Basic Member, Member, etc. not the BIONICLE-style names of Villager, Protector, & Master, etc.

Maybe they changed it because Bionicle is over?

You mean the G2 style of names…

Maybe it’s a way so that TTV can stay away from Bionicle as much as possible so that they seem more appealing to newcomers. It’s a conspiracy I tell you! CONSPRIACY!!!