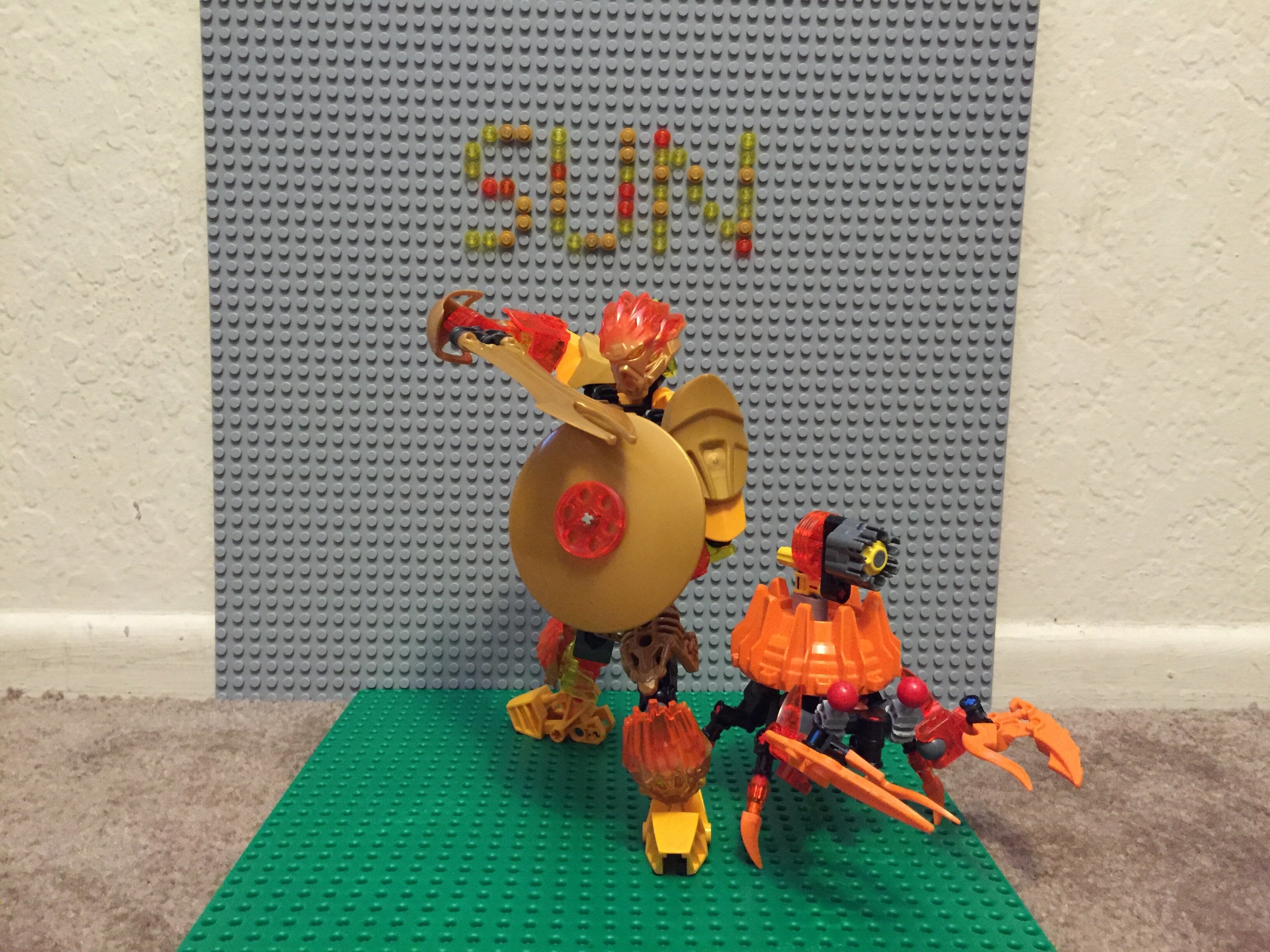 Backstory: Ronon is the team's bravest, noblest, and most cunning member, but he wasn't always like this. Before gaining his powers both he and his brother wandered through a thick forest and found some ancient ruins, but they were not alone there were others mere strangers. There were out bursts of questions like "Who are you," or "What are you doing here," but nobody had an answer until one of them found a glowing orb. Everyone was in aw until he touched it, then everything went black. When they woke up they were greeted by wonderful looking creatures, which would help them get a hold of their new found powers. For years the fought against forces of pure evil. After their job was done they went in to Sleeper Pods, a waiting for when they were needed again. 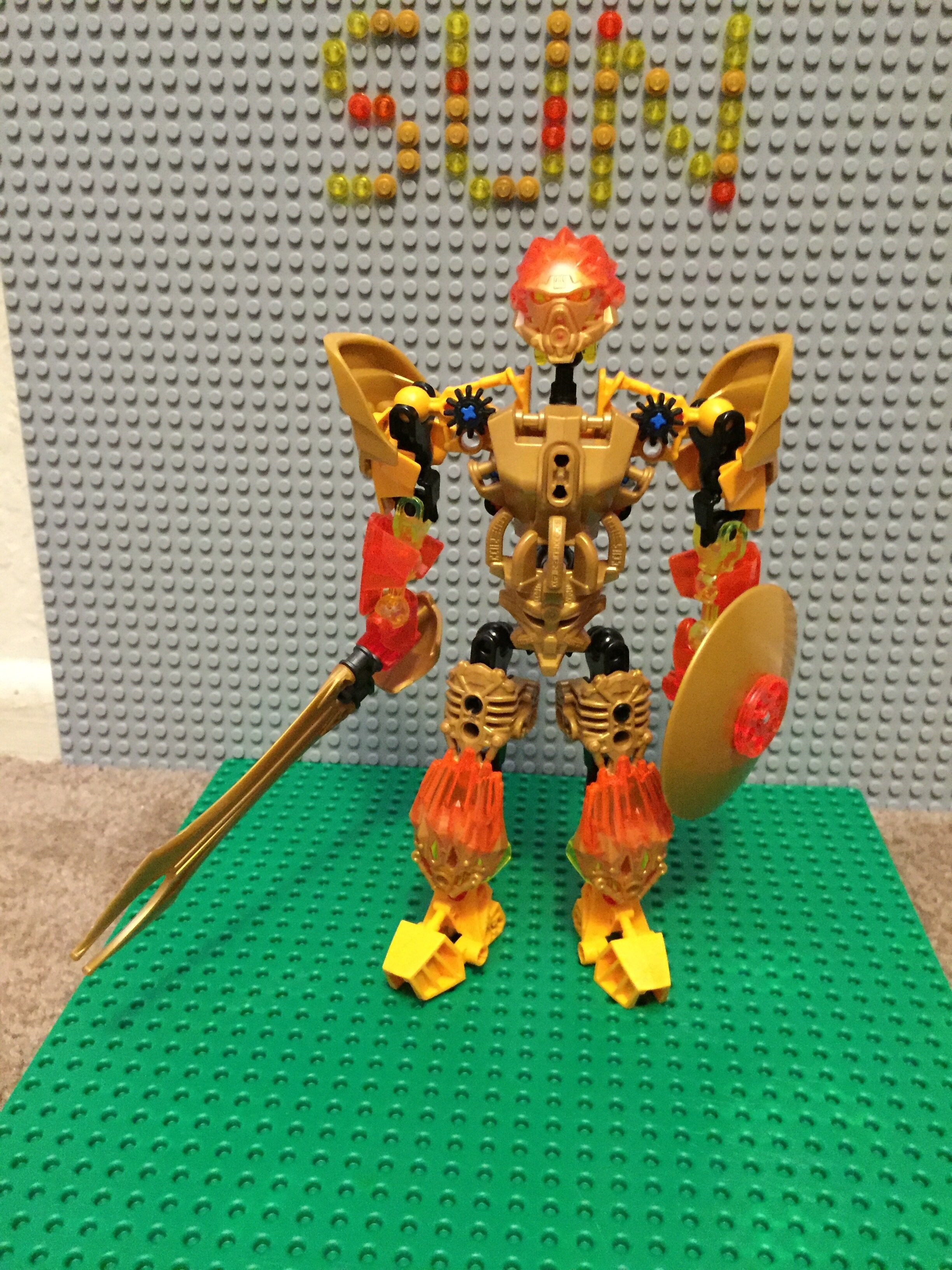 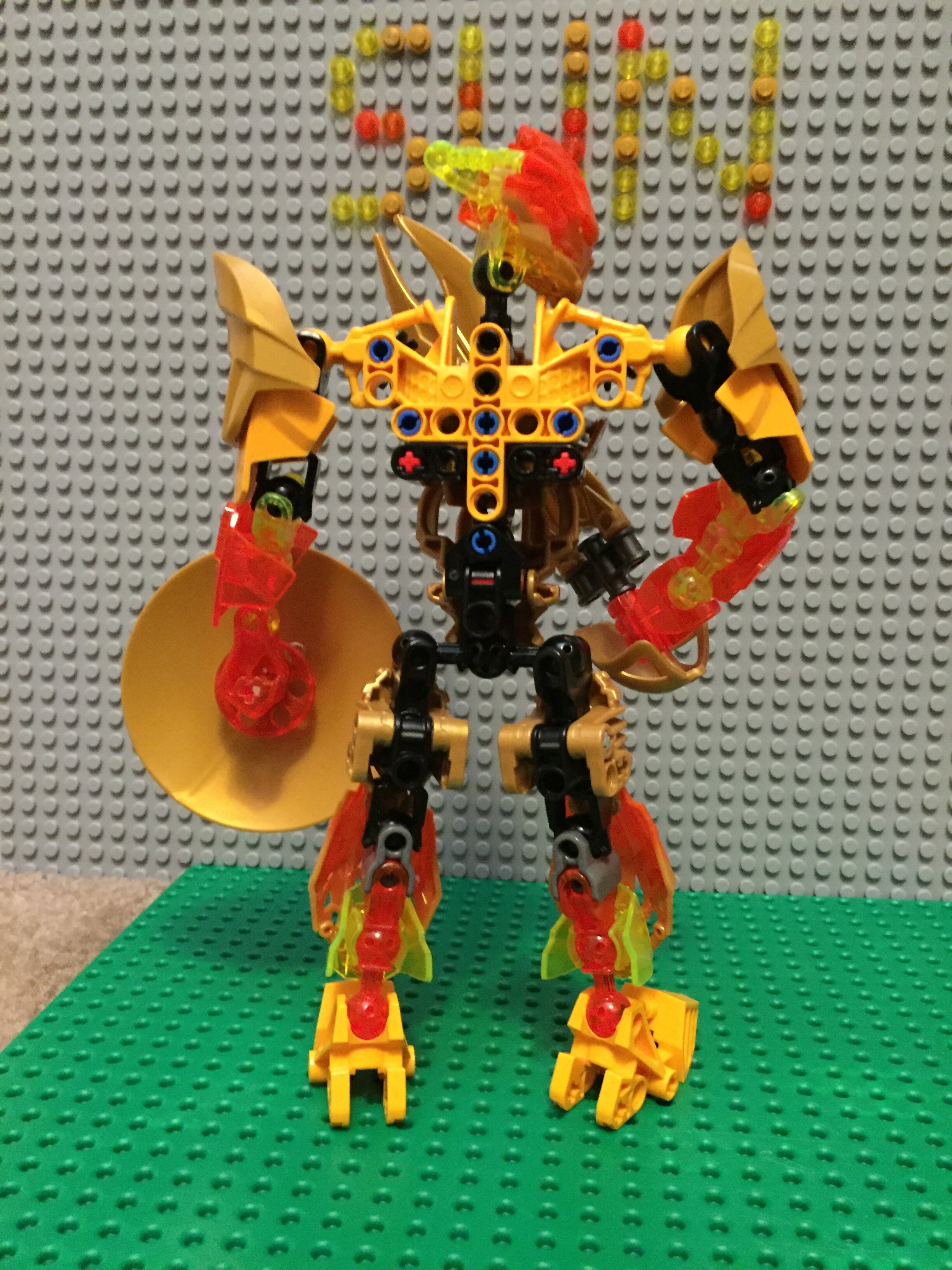 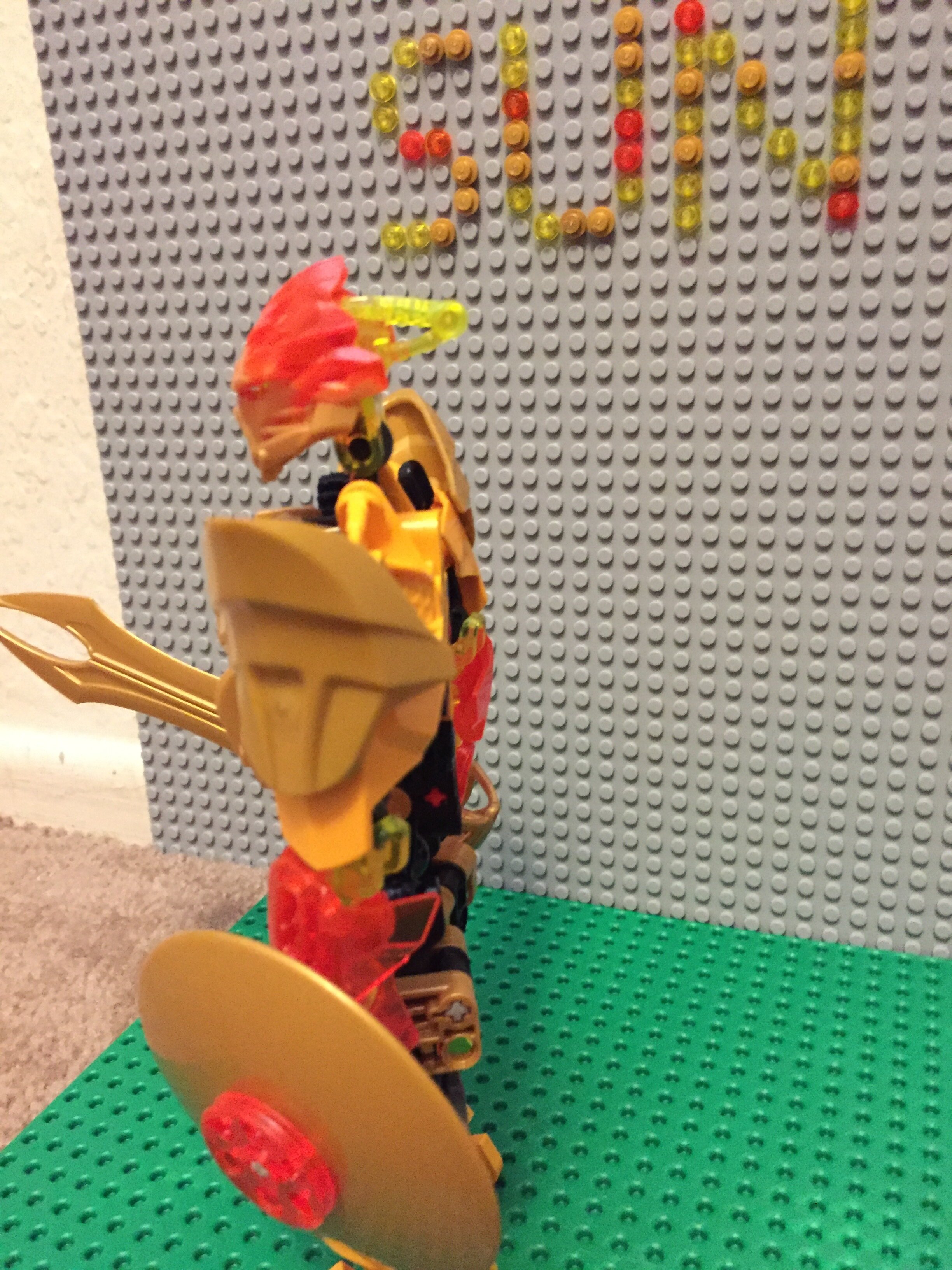 Backstory: The orb which gave Ronon his powers also created Crachis who is suppose to help when ever he needs it. 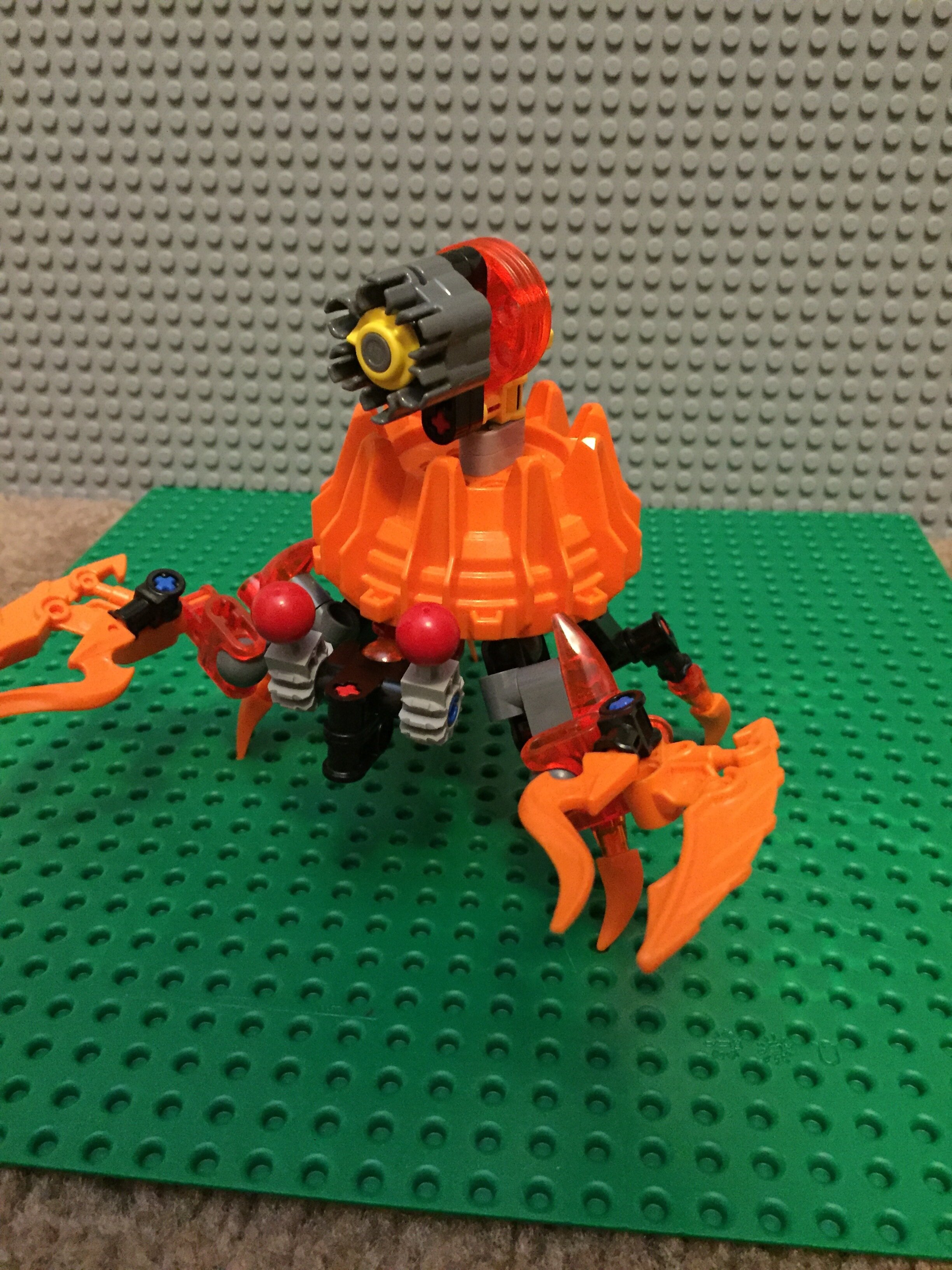 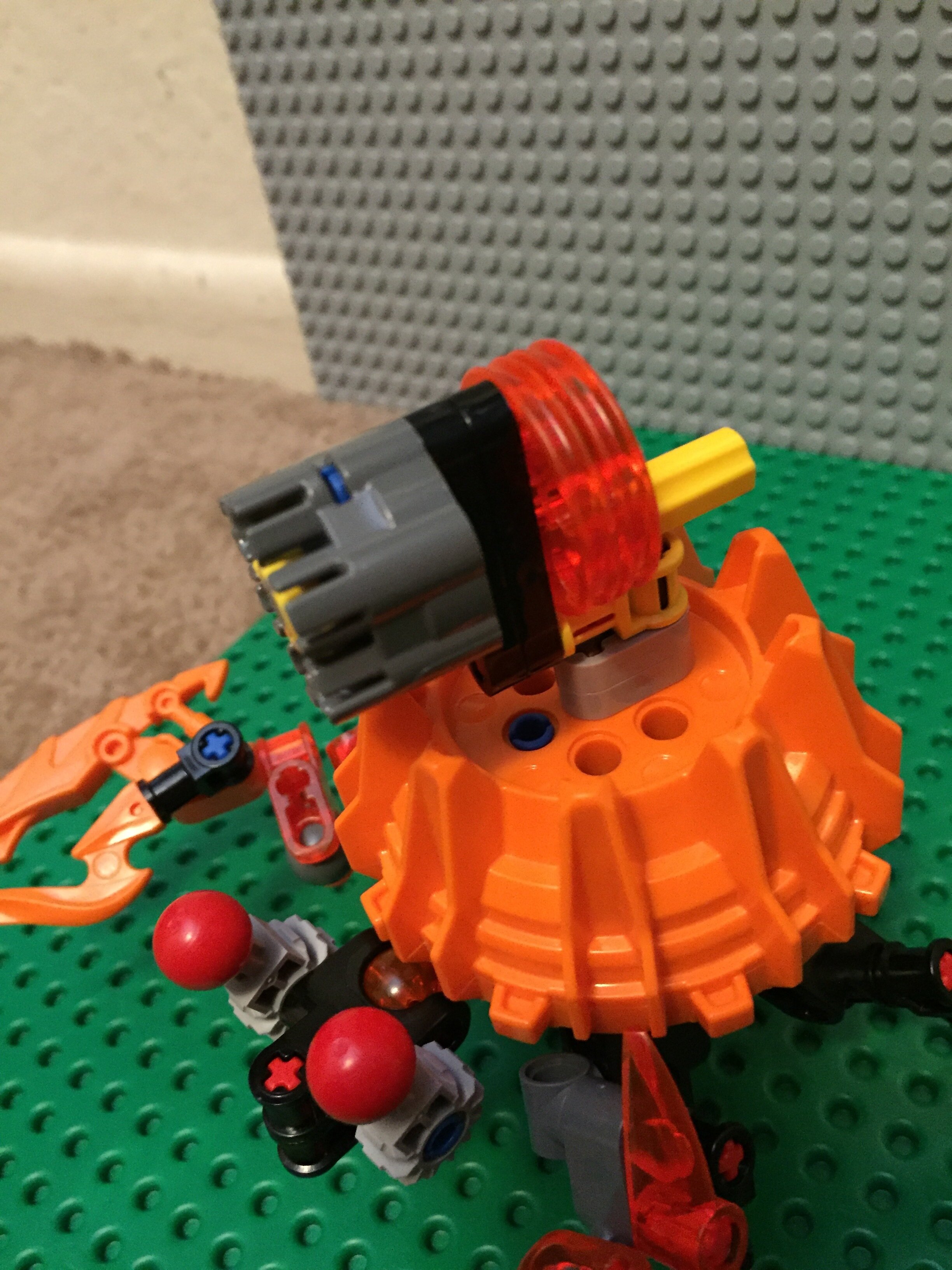 Although it is a crab, I do like the claw design...

Other than that it's a pretty good MOC

I like these two MOCs quite a bit! One thing however is that, while its nice that Ronon's torso is custom, it looks kind of bare, and quite odd with the MOCR as stomach armor. I really like the bright colors, but the trans. neon green doesn't really fit in well with the other colors. Crachis is really neat, and is my favorite out of these two. It has a really creative use of parts, and really has that crab look to it.

its the crotch of creation!

Somehow, I had to think about Dark Souls when I saw this MOC.

bah whatever it's a toa of the sun

well it's interesting but might not have had quite the execution it needed, still rather alright

In not a big fan of Ronon, i love the crab he is adorable !!!

This is pretty good, but the neck is a little weird. I really like the crab.

The crab is pretty cool.Both are good but the blue pins in torso break up color scheme, also why gears?