Here’s an older moc of mine 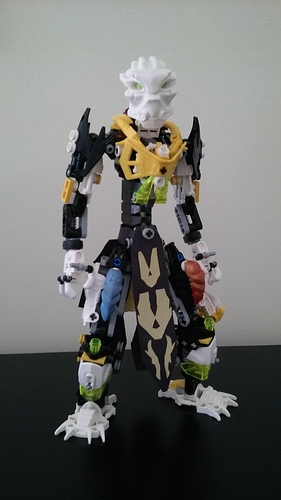 20160402_093140.jpg1440×2560 698 KB
.
Story time: Rosemar belongs to the same species as Ga’Hoole. He is what many would call a pure Kaporian. He practices an ancient art form called Wielding Fate, developed and perfected by Kaporians. By using a native species of wyrm, called Kapories, pure Kaporians can manipulate his/her opponent’s thoughts and emotions, depending on the type of Kapori. 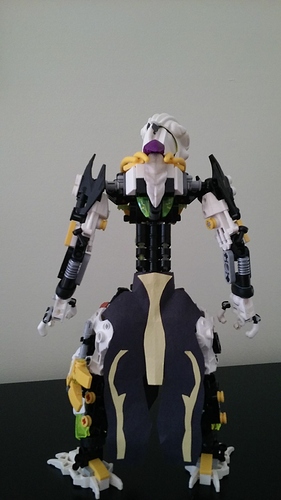 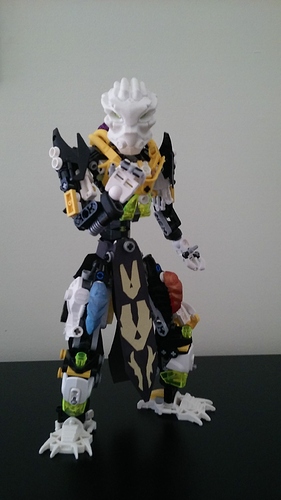 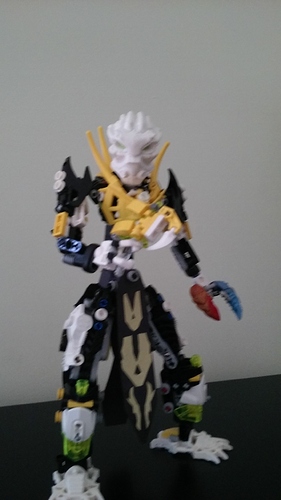 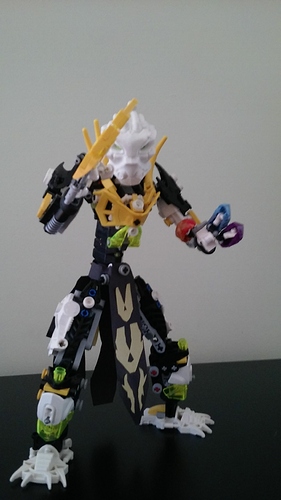 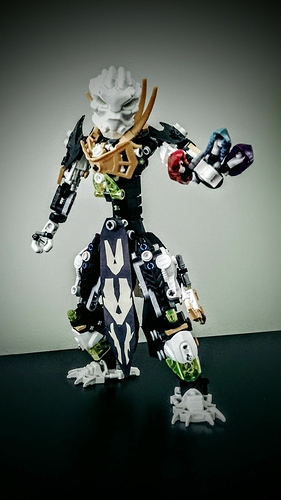 Too many clashing colours and textures, the loin cloth looks cool but out of place. You did however cover up the tin neck of the Inika mask exceptionally well. Very good build though.

Good luck with the book (I’m also writing one myself

I was wondering what are the blue and red pieces on his legs from. Otherwise, nice job

This guy looks like something from a comic book and I love it.

The build is cool but the color scheme is a mess.

I made this 2 years ago. It was my first “real” moc. Looking back, I definitely agree that the colors are a mess. I might fix that soon…

I made this 2 years ago. It was my first “real” moc. Looking back, I definitely agree that the colors are a mess. I might fix that soon…

You have a good build to use, at least. Just a bit of color swapping is needed

Is he supposed to be primarily black?

The build is great, but the colors are cluttered.

What fabric pieces are those? Pretty please, I need to get me some of them!

Cool MOC, though probably not as cool as it would have been with better colour coordination.

That is one fine looking MOC, but the head seems too large for the body. But that’s what you get with the Inika heads.
Also, you mentioned something called “Ga’Hoole”. Do you mean like the book, or…?

A moc i made a while back

Absolutely amazing use of kraata. This is stunning.

The design of the MOC is really nice, but the colours could have been spread out a bit better.

There actually paper. I just started cutting and those were born.