Scrap-yard is a… well no one really knows what or who he is, most of his body has been horribly mangled and those mangled parts have been replaced with poor, rusting, mechanical replacements, Like a breathing apparatus from when his lungs fell out of his back and a visor to replace both of his lost eyes. His replacements include the aforementioned, the robotic arm with a large claw, the slender double jointed legs, and a arm mounted energy shooter with an bayonet attachment.(Improvements include: left arm, bayonet, right eye, and legs/feet.) 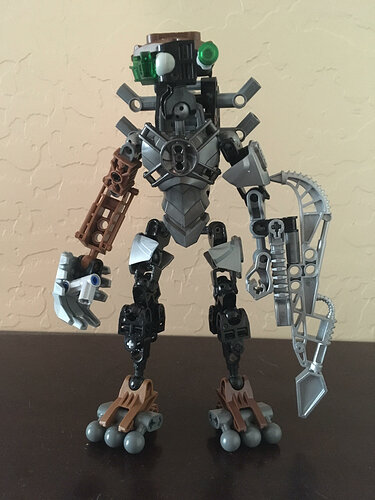 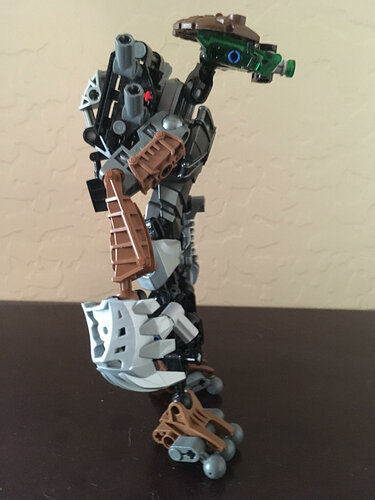 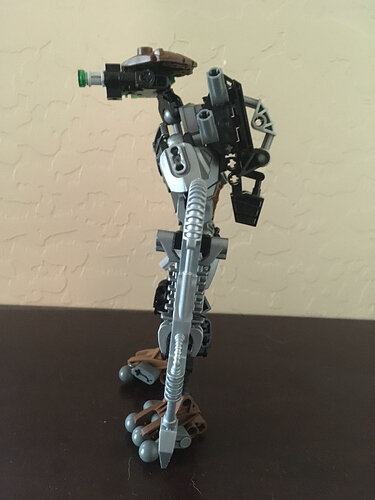 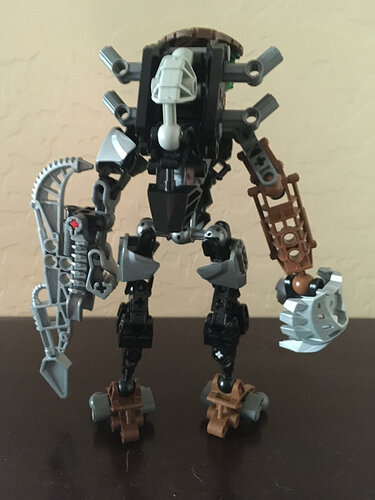 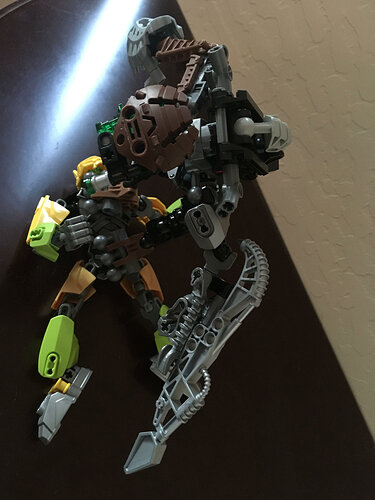 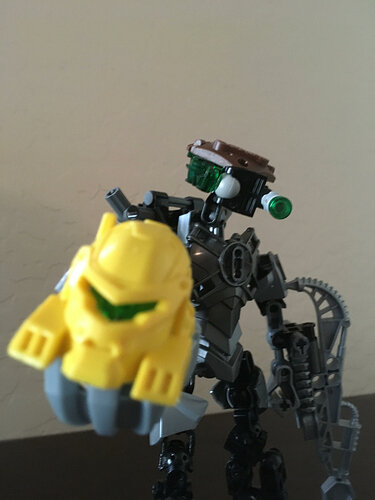 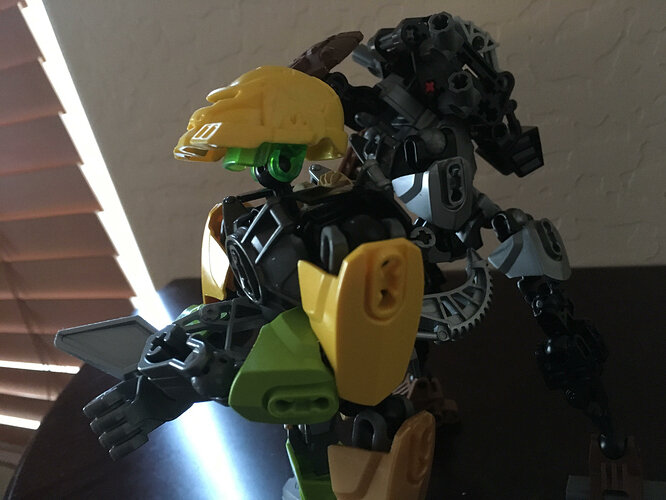 This guy is actually pretty creepy