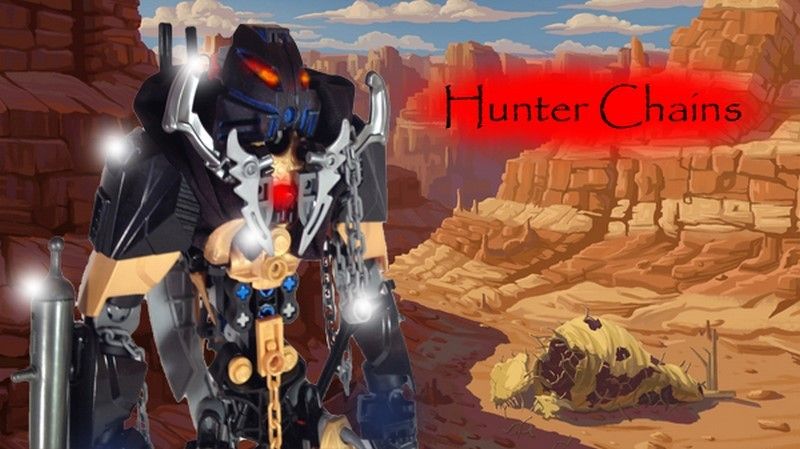 My self-MOC makes his debut on Flickr (and the TTV Message Boards!)

Name: Toa Krayan
Aliases: Chains
Element: Telekinesis
Colours: Blue, Silver, Gold and Black. (Formally brown)
Personality: Formally, Serious, Brutal, Unforgiving, Keeps to himself, will protect his loved ones at all costs. Currently, Wise and peaceful. Will try to avoid a fight, but will protect himself and others if it comes to it.
Bio: Originally from Mata Nui. Krayan lived most of his matoran life as a early settler to Quaza Magna. He witnessed the murder of a toa. The dying toa gave Krayan a toa stone in his last moments. The other toa, thinking Krayan killed the toa, tracked him down. By the time they found him, Krayan had already activated the toa stone. Krayan was sent to the newly rebuilt Pit, the prison where criminals who committed unforgivable crimes were banished to. There, he made friends with a then toa prison guard named Lavok and convinced him that he didn’t kill the toa. Krayan also adopted the name Chains there as he was always restrained him with Chains as they were scared of his toa powers. Chains escaped the prison and went to find the person who killed the toa that gave Chains his toa stone. After defeating him, Mata Nui re-awoke and cleared Chains’ name. After serving a long time as a toa. His brother, Maku, went missing. Chains got horrifically mutilated and brutalized. Toa Hydro, rebuilt his body and Chains continued fighting the Followers. After the death of Mata Nui, Chains became unforgiving. He stated that he was not a toa anymore and subsequently killed Lewax. After the battle, Chains became the leader of the remaining toa (Now named Hunters.) He fought against many rogue matoran survivors and remaining Shadow Mutants. Chains went to a dark place and became very protective of himself and the other Hunters. An army of Matoran survivors decided to attack the Hunters, known as the MRG, and tried to rid them from existence. Chains’ ultimate goal is to return to Spherus Magna. 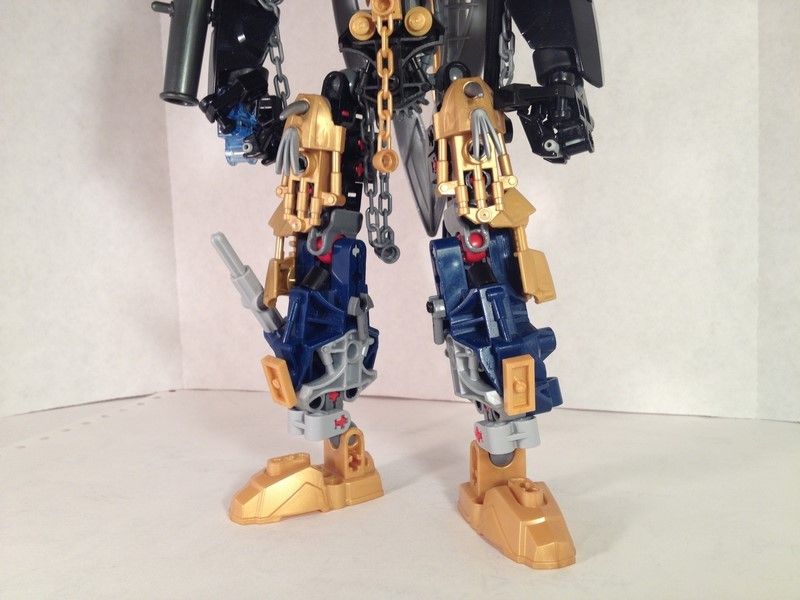 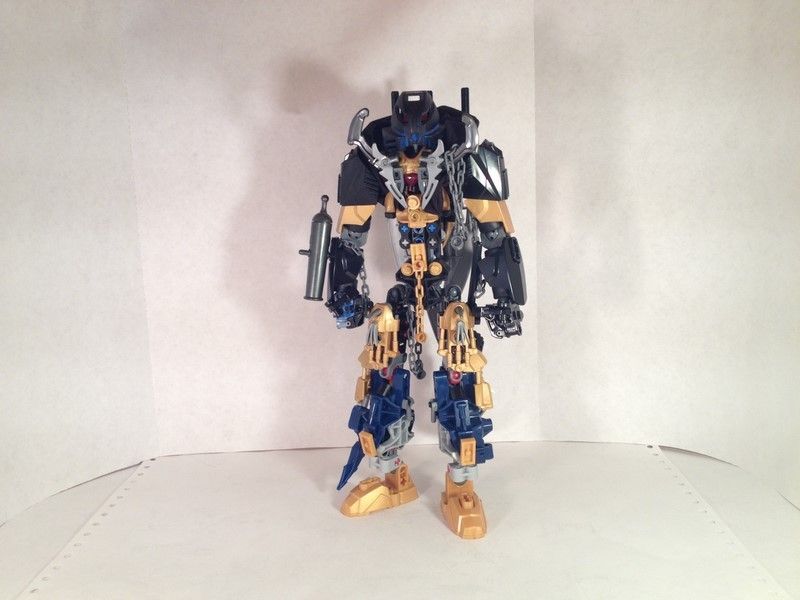 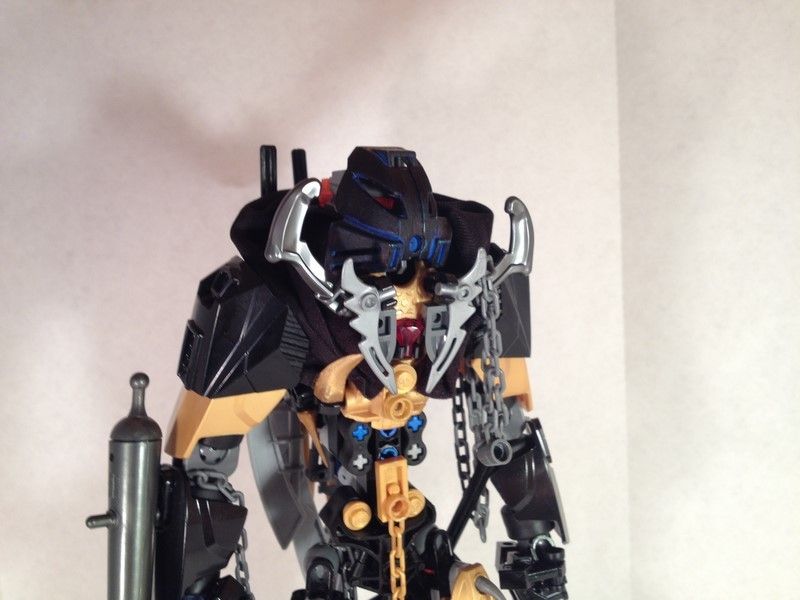 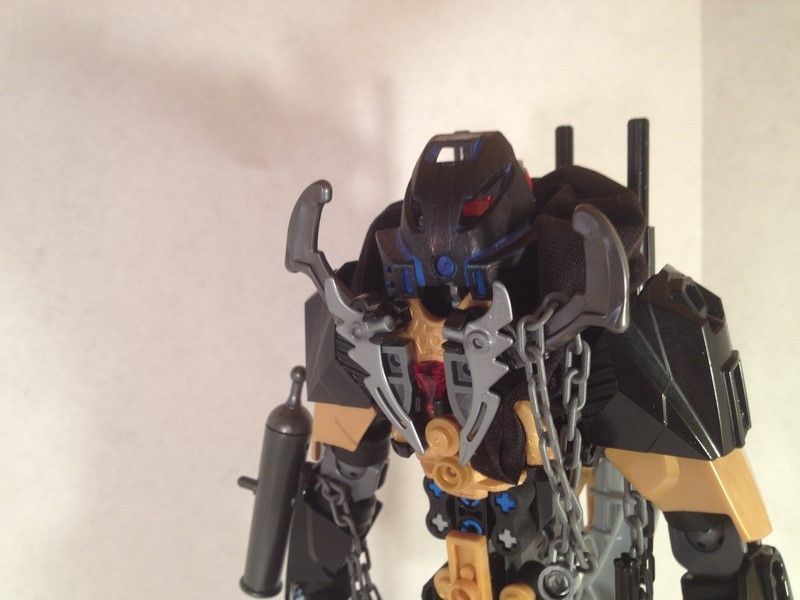 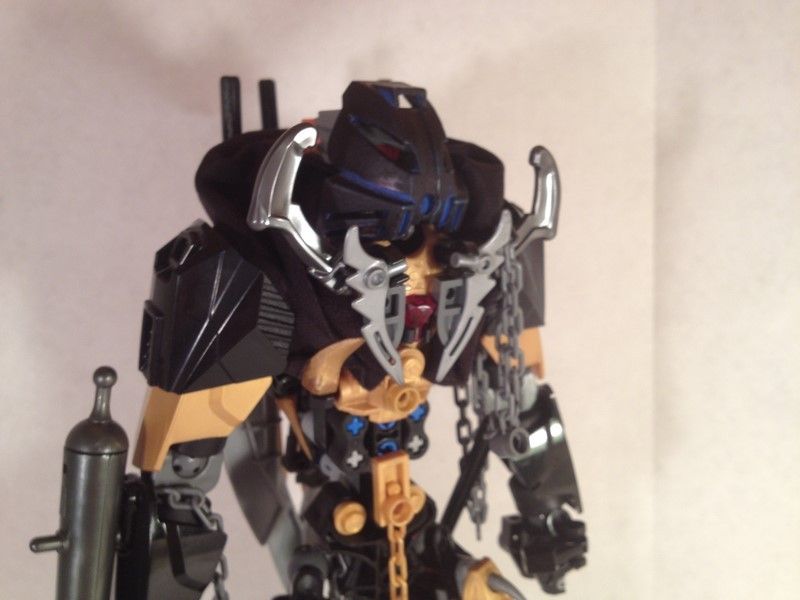 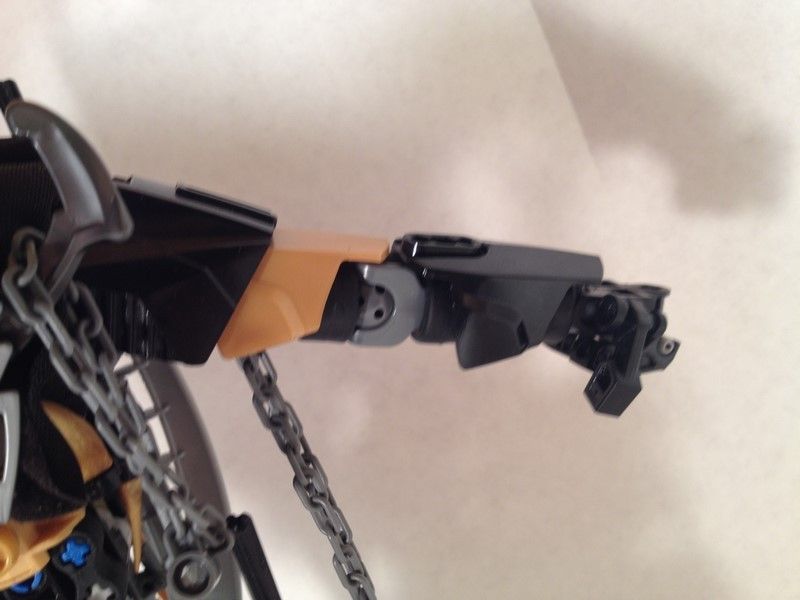 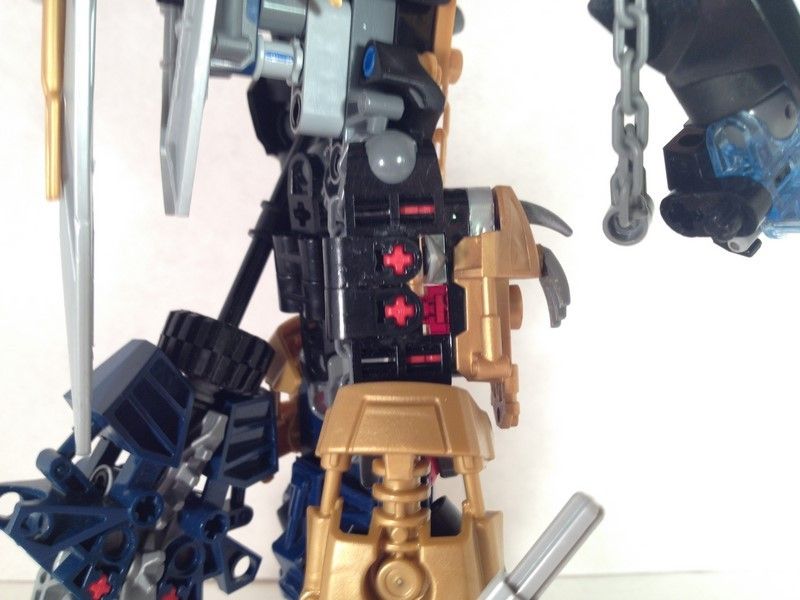 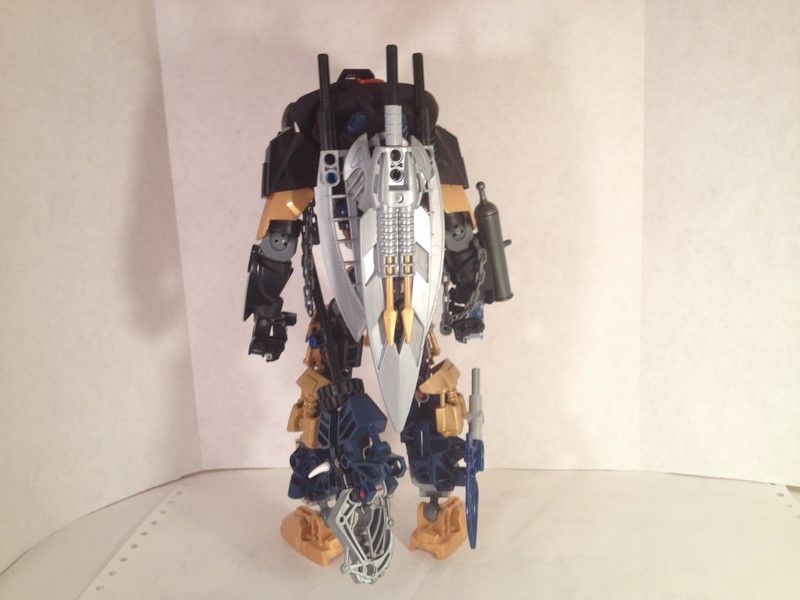 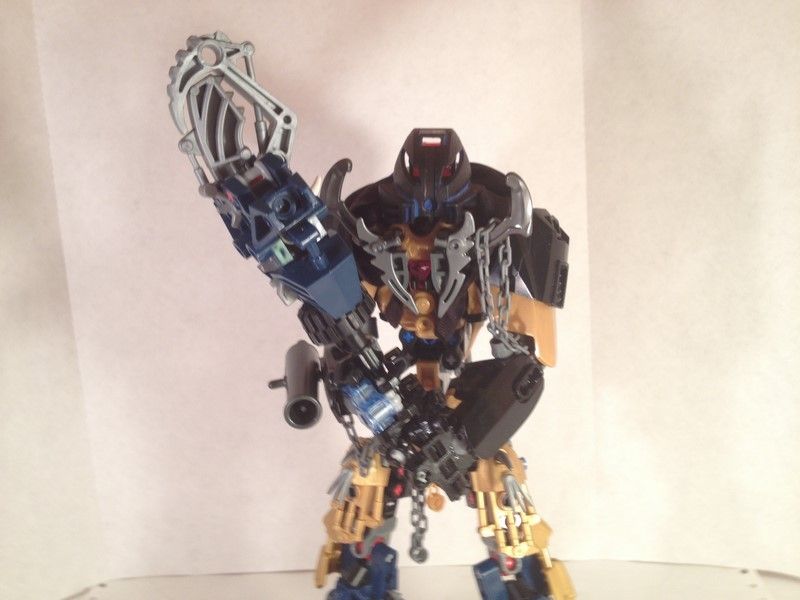 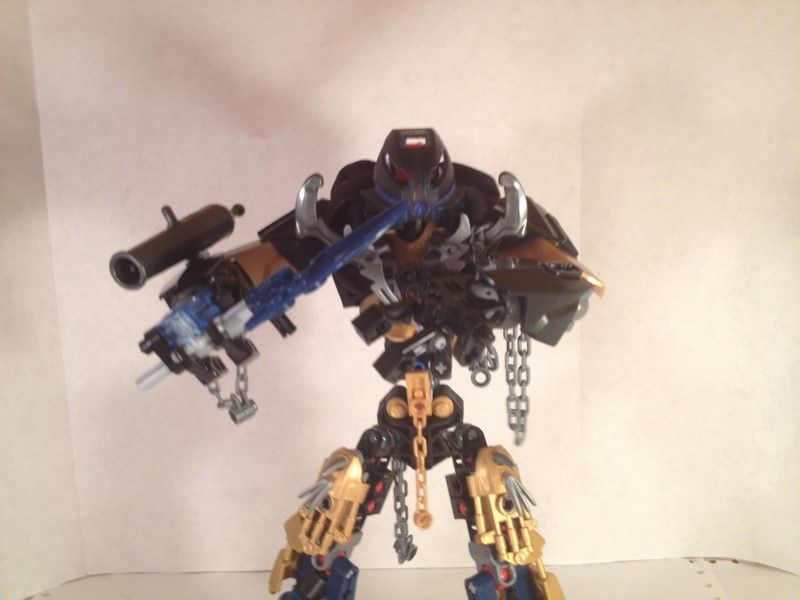 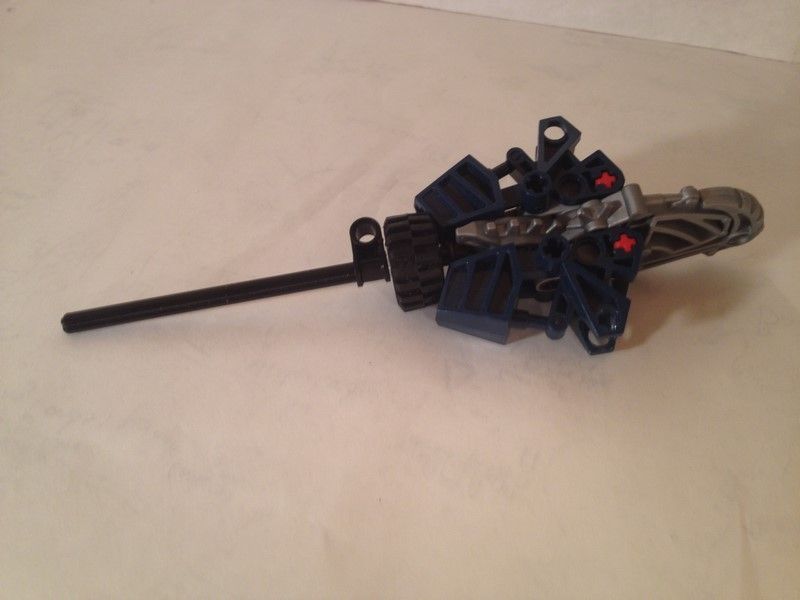 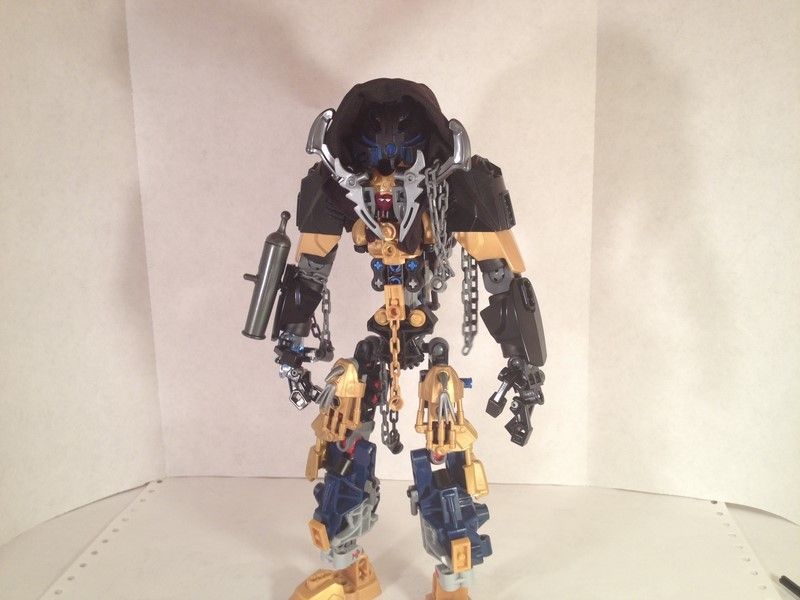 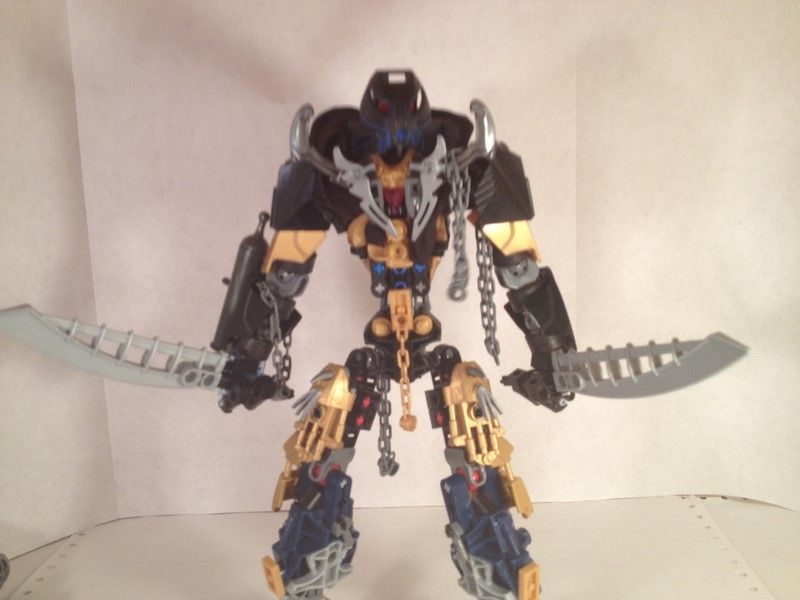 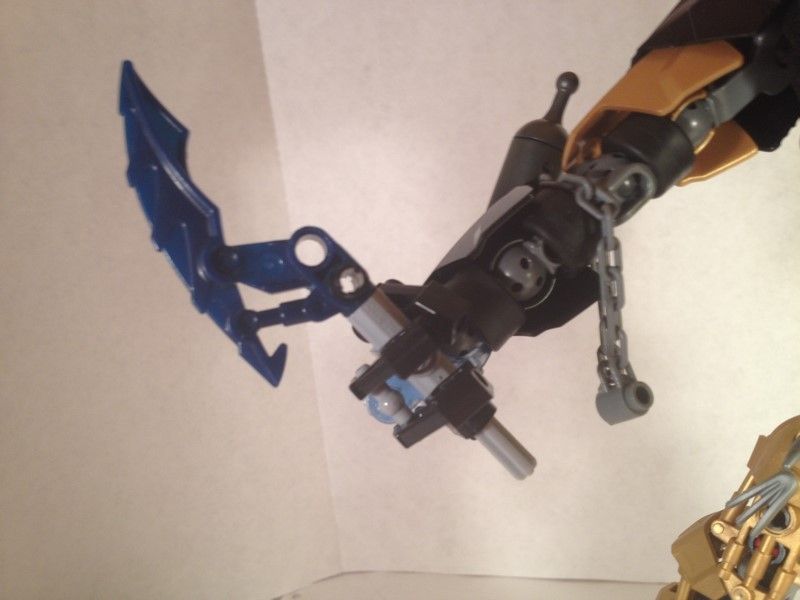 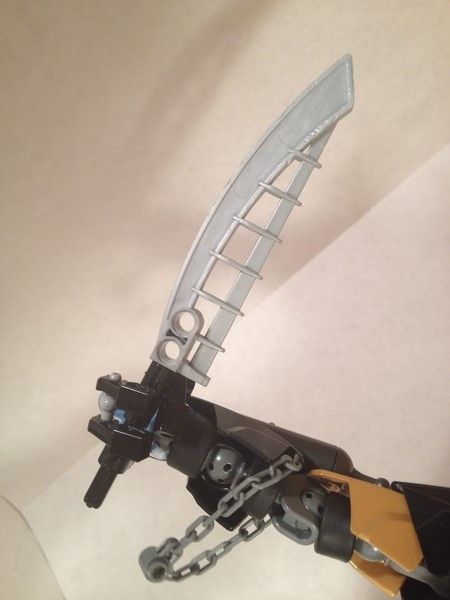 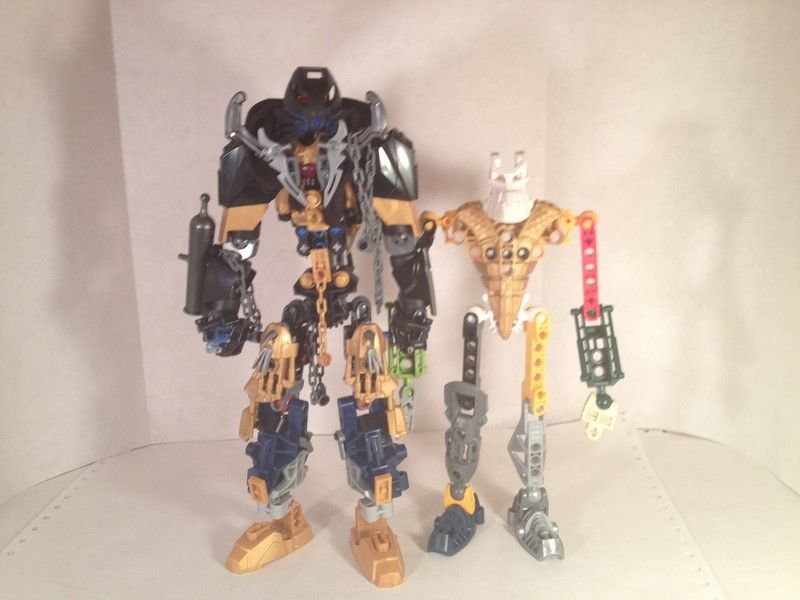 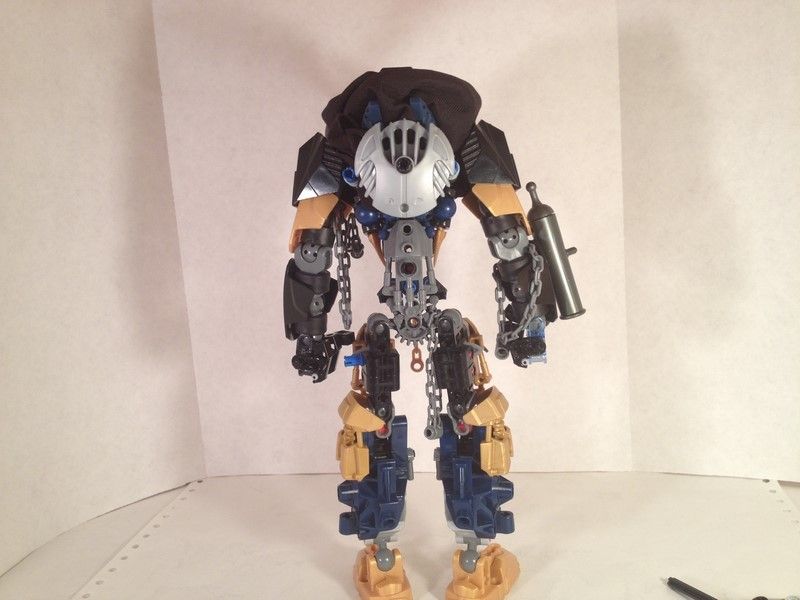 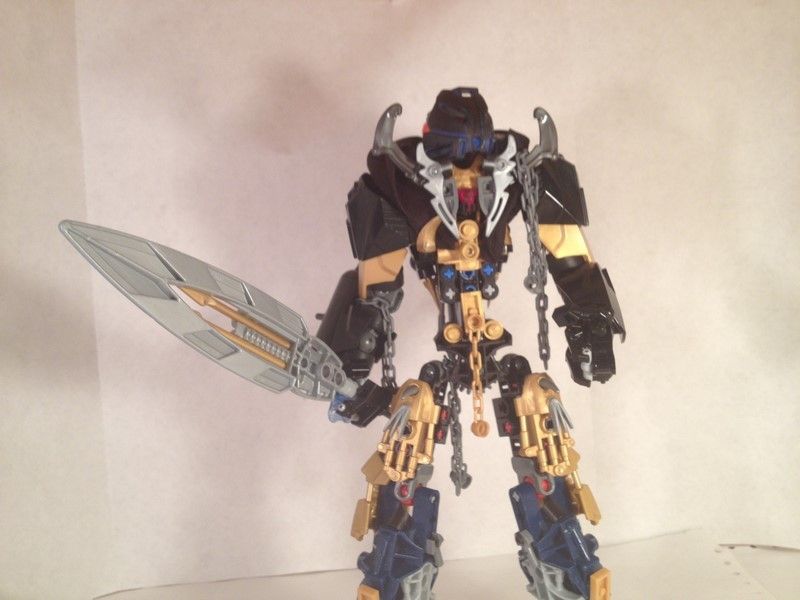 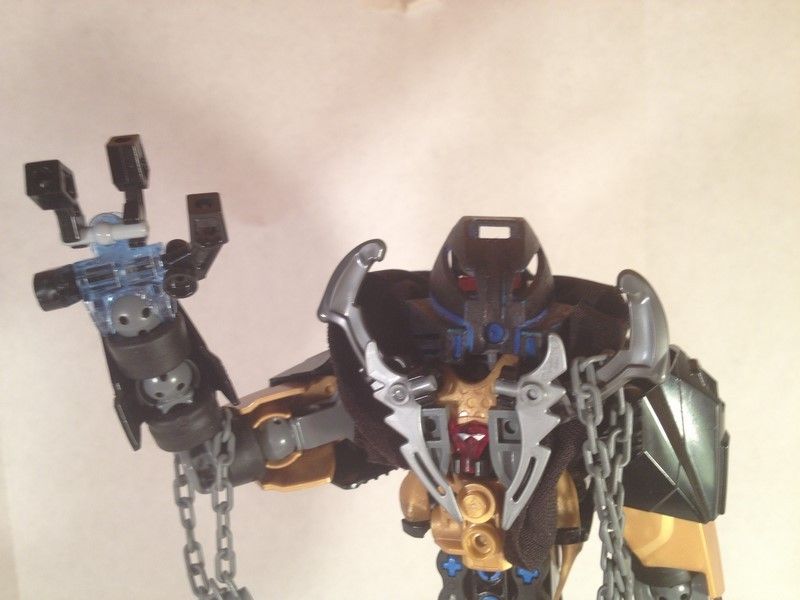 Fourth Wall
Thanks so much for reading guys! This is the debut of Chains on Flickr and the TTV Message Boards. Could you please tell me if you all want me to start uploading my Bionicle Fumetti here? Anyway, I really like this version. Please leave C&C to help me improve. Thanks guys, and I’ll see you next time! Can’t wait to meet new people!

there’s some serious texture clashing with the arms and the everything else, personally not a fan of the over-greebled look,
those legs are just, no.

I love his aesthetic and colour scheme, vaguely reminds me of a pirate. 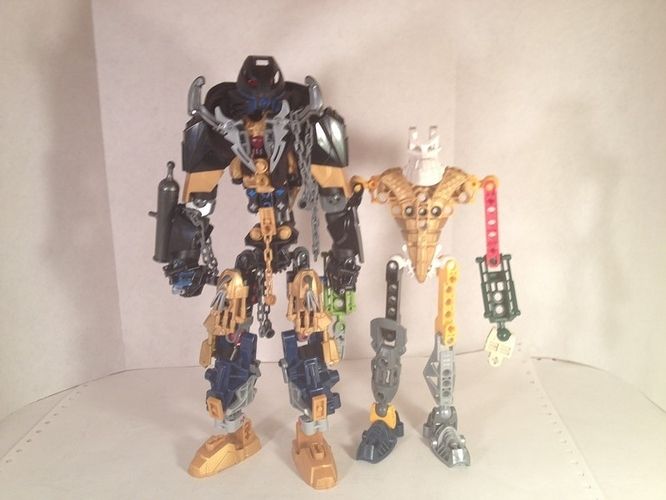 That’s not an element, that’s a Mask Power…

This MOC is Fantasti-cool™! I really love the build, and I like all the useless chains! Good job!

@Rockho Lol thanks. Not suppose to be Meso but he does have a striking resembelance

@PekekoaOfJungle Yeh the element wasn’t really thought out too well

Anyway, I’ll keep it for the meantime. Anyway, thanks man!

@Skeletor As previously stated, the element wasn’t really thought out too well. Anyway thanks for the C&C. That was kind of lacking over on the other websites on.

Total:
-22. You and I are pretty much equal in terms of MOCing. That is good.

@TFM101A That’s quite the grading system. It would be cool to see how my MOCs measure up to it.

Overall, I like the greebles, I’m a greeble kind of guy. The colors are a but much for me, but do have a nice look to them, to an extent. Using the metru-torso as lower legs is a very unique choice, not something I would think of. All the little system add-ons remind me of CCBS, especially on the upper legs. The red is jarring, though. The arm cannon is a cool idea in concept, but not so great in execution. Some of the weapons are hard to discern as to what they would be used for. I like the sword, though. For being as tall as he is, he maintains decent proportions. Some parts are a little thin, mainly the waist, but all the rest looks fine. It’s a nice MOC.

You have managed to build a good looking bulky moc, i have tried to achieve this for many years.

There is a little to much of everything in this MOC, the little bits look weird and also the feet are to plain aswell as the arms, I’d give it a 5/10 change the arms and legs to match and it’ll be a lot better!

The mask in the first picture fooled me into thinking this was a videogame model. That’s quality work!

He looks really good. He has a lot of weapons, but that’s not a bad thing for him.

@TFM101A Thanks! That is an interesting scoring system, as others have said.

@Emuex Thanks for the well rounded comment man! I agree with you on most points (People don’t seem to be to keen on greebles here

@TheMetalMachineDuckDragon Thanks! Just keep trying and I’m sure you’ll get there!

@RedHuna101 Thanks for the criticism. Really helps a ton!

@Plural Thanks a load man! Really appreciate it.