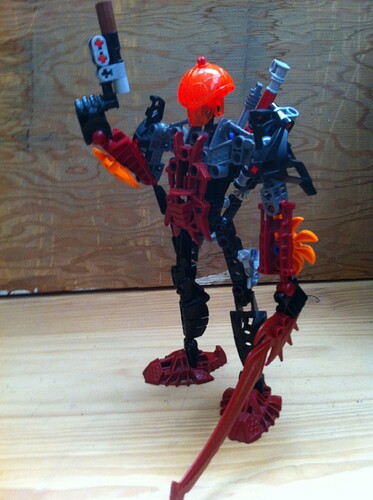 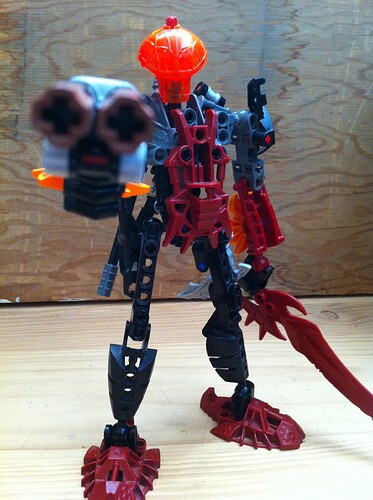 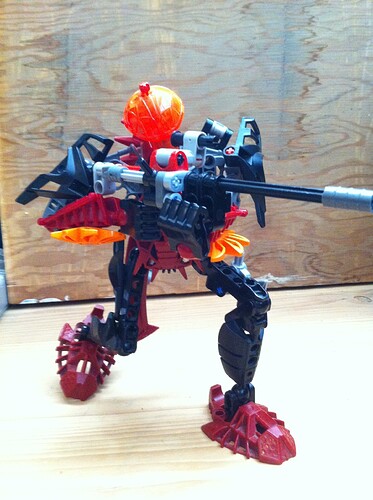 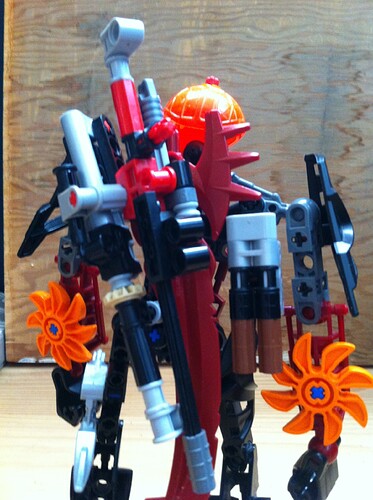 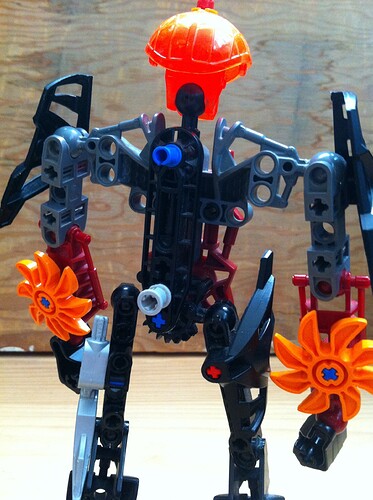 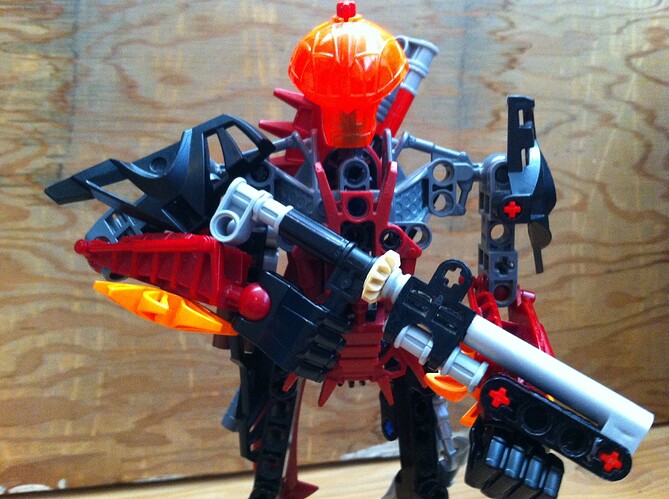 Ok so my first moc to upload to ttv!
Most of what you need to know about the moc itself should be right there in the photos if not go ahead and ask.

He was a toa of iron on the island of Le-Vuro. You might ask why he has a red, black, grey, and orange colour scheme instead of the usual toa of iron colours. Well I thought they were a little dull and so did he so he changed them. That’s the way he always is, he prefers to think of a more creative solution to a problem than charging it head on. He’s an inventor and creates many different gadgets and weapons and utilizing a verry stealthy approach to combat eventually becoming an assassin. In this version he caries many weapons including a double barrelled shotgun, pump action shotgun, lever action, sniper rifle, sword, knife, and throwing stars. I will post a separate page of the various weapons I’ve made for him and other characters.

After posting this I received multiple replies about the ever controversial inika build, I won’t point any fingers or anything but it felt like they were annoyed by it’s very presence rather than how I used it.
I don’t care how much you might not like it or if you think that lego abused it. Please don’t complain about it on one of my MOCs that include it just because they include it. If there’s something creative I think I can do with it then I will.

The phantom is silent, his clothes aren’t * ba-dum-tss*
On a serious note, he looks cool. I like his gun-type-deal.

He reminds me of this guy 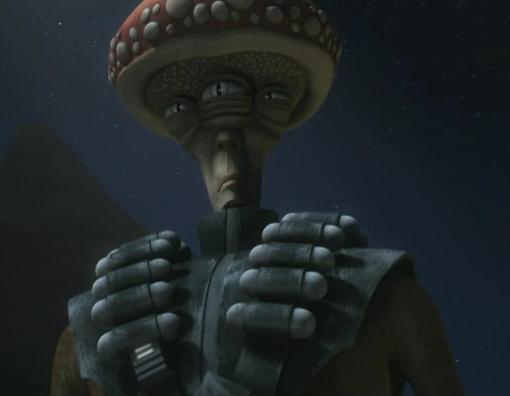 is that from SW Rebels?

he actually took a bit of inspiration from this guy http://www.lordofthelasersword.com/wp-content/uploads/2014/06/Bounty-Hunters.jpg

I’ve watched some but could never keep up

Bro, that episode was the best!
Bounty Hunter Hunger Games!

yeah the head was based on a mix between a sort of “fedora, bounty hunter” sort of look and the meta from RvB

Looks like he’s either wearing a mushroom, the remains of some fruit, or some weird bowl cut-thing

the remains of some fruit, 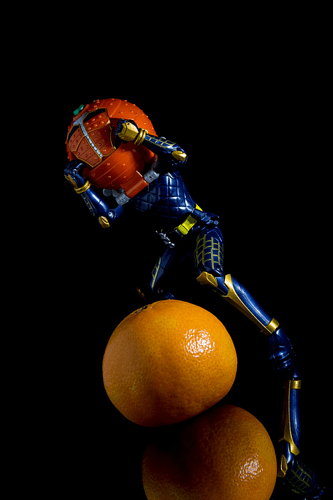 really liking this moc, I’m one of the few that actually likes the Inika build

Well in the story when they crafted his mask they didn’t have much material to use so they cobbled together what they could. The bowl guess wasn’t far off

@TuragaHewkii That’s one of the reasons I kept him this way to prove that the inika
build still has a bit of creativity to it, though it’s mostly because I
wanted to keep as much of the original MOC as possible even though I was
like 12 when I first made him

I would like the head if it weren’t for the exposed axle tip and the fact that the entire thing is translucent.

That’s just what I was thinking off.

He’s got an odd color scheme for being an assassin.

well the dark brotherhood got by with the same colours