“So let me guess a Rahi slaying sword or an Argathian Tool of War?”

“I don’t know but we can find out” 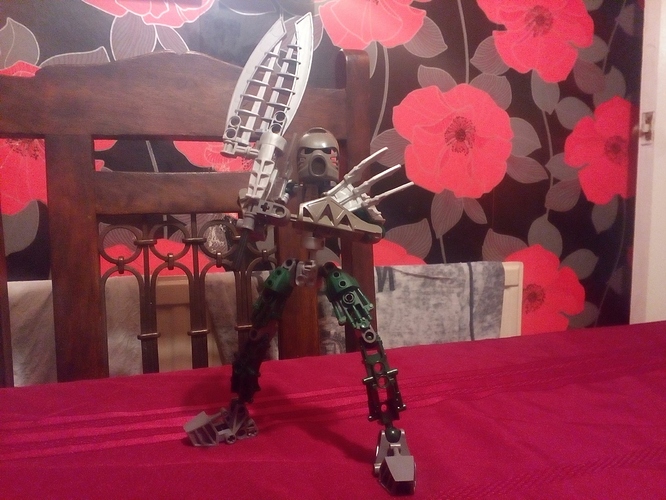 Back story
Once a terrifying Titan unknown to many destroyed entire Islands of Lunnaria with a single slice of his sword Rebirth.

When he was defeated they say his strength went into a random Toa alongside his sword.

It went into a Body of a yound Toa named Whaddon destined to destroy the entirety of Lunnaria. But he does not know that yet and instead roams Lunnaria searching for something to fight.

Specifics
Element: Blades Don’t worry if it is not an Element but it is in my Canon

Personality: Think of a Mix between Guts from Beserk and Kid Goku from Dragonball NOT Z 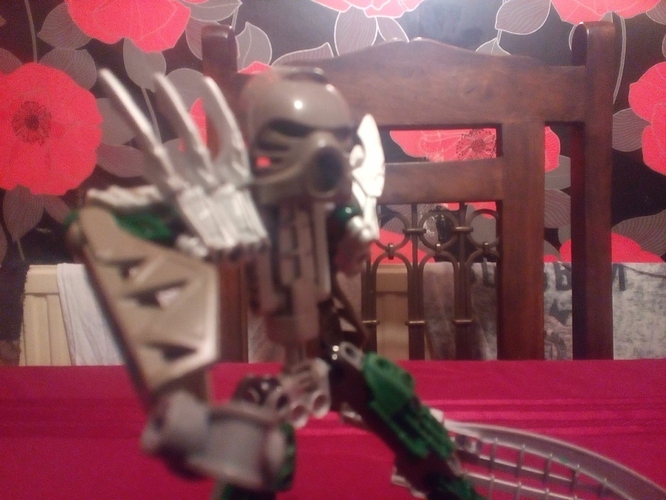 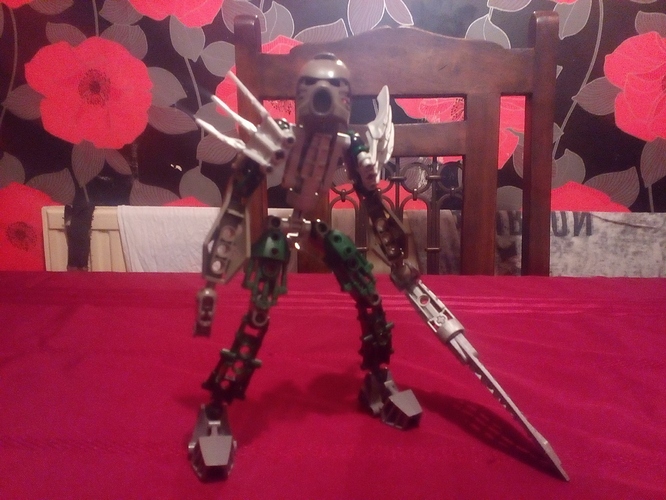 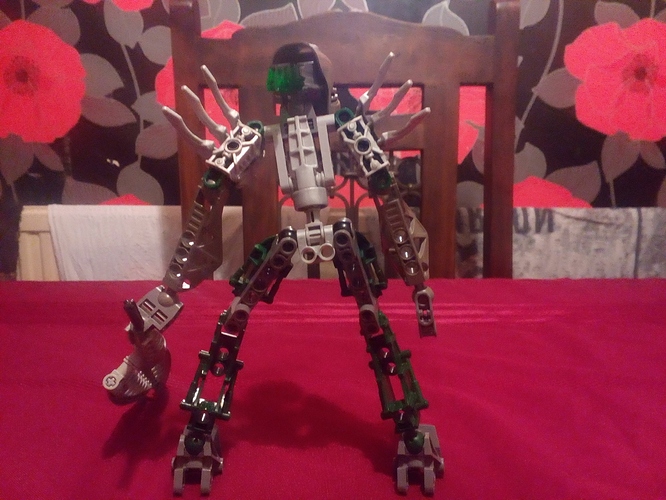 This is his sword Rebirth 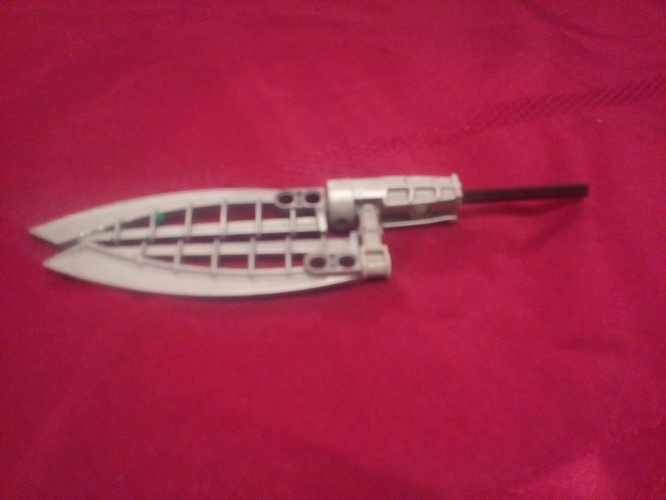 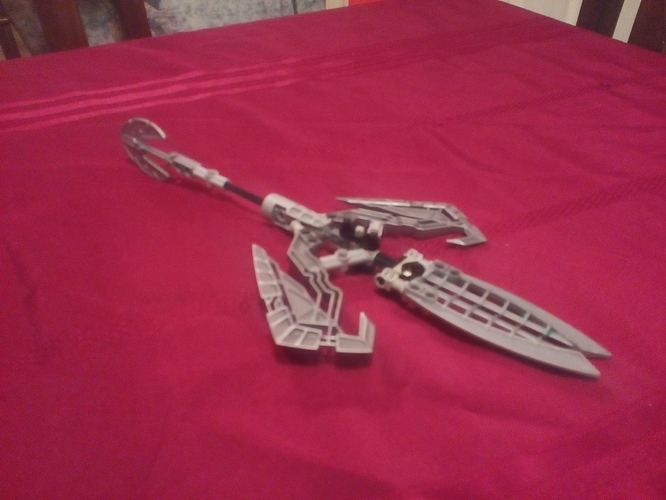 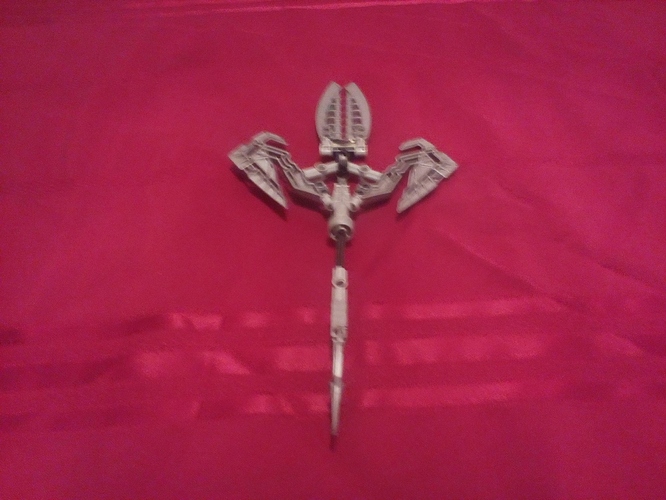 at least he can Wield it 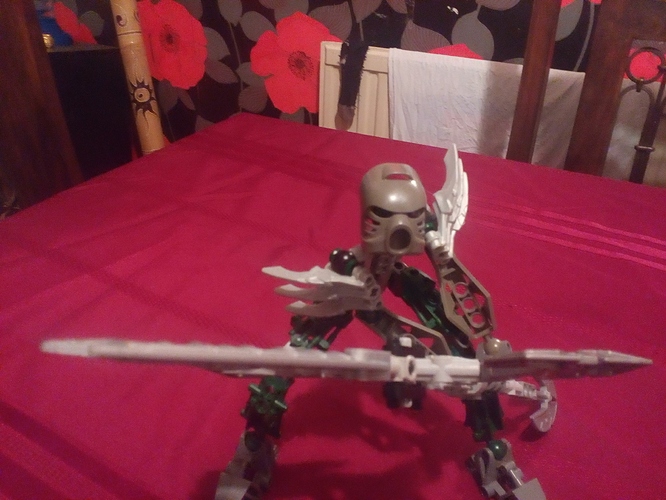 He’s kinda basic. The body build is interesting, but there isn’t much there, and he’s lacking in color. I would suggest a more complicated build, more green, and maybe a highlight color.

Those weapons are pretty great though.

Agile, but awkward in some areas.
Still a decent job.

Was the (but he does not know that yet) really necessary?

We have a term for these kinds of characters:
Mary Sue.

The MoC isn’t that great, but that sword is pretty nice.

Nice work. It is a bit bare in places but that torso build is really nice. try working with the proportions a bit and work on filling him out.

Kind of bland, not to mention super skinny. Mocs with a torso consisting of 9 pieces usually don’t go well.

Pretty basic in build terms. Colors are good, sword is also good, but the overall MOC lacks a certain flair. I hope you improve this to something great.

Well, I was going to ask if this was inspired by Ragna, but then I saw this. The backstory is somewhat similar.

Cool dude. But just a little skinny in the torso area, but it’s an intresting design choice. The sword is AMAZING though. I’ve been trying to make a good sword for my self moc too but haven’t gotten really that close yet.

Is this what I’m looking for?

And people hated my self MOC for having a Hau (I don’t care if this one is old grey, they’re still the same in my book)… Well, unlike the others, I enjoy this MOC quite a bit. The bulk on him is little, bit you’ve gotta admit, that torso design is pretty original. The simplicity on him is good. If I were you, I would stick to this style of build, except progressively get more complex in later versions. 6.25/10 for me. (I was leaning towards a 6.5) Nice work, and keep it up.