I am kinda new to the TTV Message Boards, so I wanted to show you guys my selfmoc, Bizzop!

You may know me from Instagram/Biogram as @bizzopmocs. If you guys are in there let me know, It would be nice to get to see some of you guys ;-).

Anyways here is my selfmoc Bizzop in all of his purple glory! 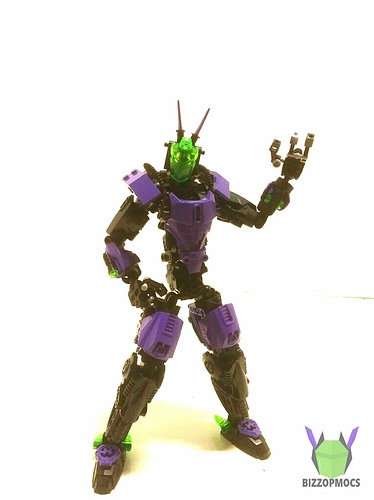 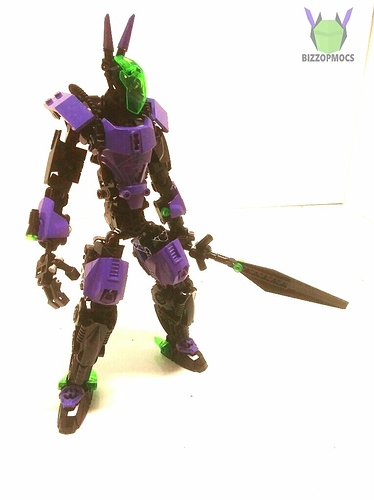 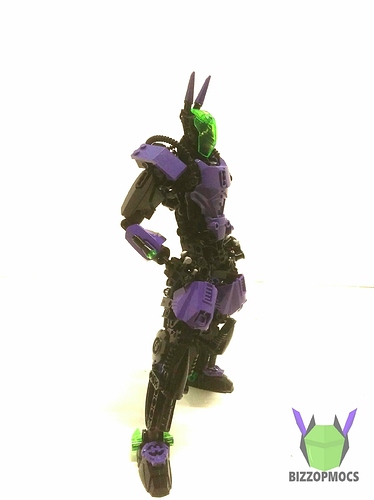 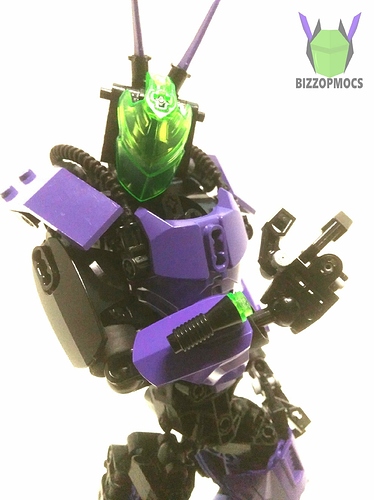 Hope you guys like him! If you want to know how stable he is, I can put him in running poses, on one leg, ext.

I know the purple add-on on the thigh May bother some people, but I don’t care.

Backstory:
An android from outer space, he fights intergalatic bad guys with his own group members, Strytos, Claredon, Gauznip, and T-105! (Need to build Some of them.)

Leave some “support” and “constructive criticism” please down below! I’d appreciate it.

it hasn’t been that very good as a community

This guy has a point

Let’s go to change.org and overthrow the community

This is a pretty legit MOC. The custom bits like the legs and torso look great and your use of system parts compliments the model, all the while keeping a coherent style.

nice self moc. Shaping’s nice, though the color placement seems sparse or, atleast to me somewhat in unfamiliar areas, but he looks great n all. Really looks like a great representation

I can tell a lot of time and careful thought went into making this. I like it a lot, has a lot of character, which i think is the most important part of a selfmoc. I rather enjoy the colour scheme too and the build looks solid. Nice work man, and i hope you enjoy your time on the boards

I am kinda new to the TTV Message Boards, but from what I’ve seen, it hasn’t been that good as a community.

Quite the contrary I’d say. A lot of miniature groups form but the people generally know most other active members.

Any who, moc looks quite nice. I like the shoulder region but can’t help but feel the legs are too large by comparison to the torso and arms, may just be the angle. The knee could benefit from some extra coverage as part of it dips down and looks somewhat odd, but otherwise I’d say you’re fine. Some additional color might help to spruce things up, though I’m sure you’ve heard that elsewhere.
(Not that I have much room to speak there. :P)

Aww man the legs are kewl, I like its bunny ear things its got going on

I am kinda new to the TTV Message Boards, but from what I seen, it hasn’t been that very good as a community. Since things have kinda died out with G2 ending, I decided to give this place a try.

As others have said, couldn’t disagree more

Dude this is a fantastic moc.
I love everything about it except for the head, I’m not sure how to feel about the head.
The colours work great together, the proportions are nice (although the torso may be a little to long), the custom legs looks amazing. Everything just seems to flow together so well!

What’s up. I’ve been following you on instagram and was wondering when you’de join the boards. This has been one of my favorite selfmocs. (This is Luke Staten by the way)

but from what I seen, it hasn’t been that very good as a community

Anyway, the MOC’s pretty alright. Really screams “MOCPAGES!” in styling, especially in the waist, but he’s got a strong (but also markedly generic) silhouette, he’s pretty smooth, and the color blocking would be easy to fix. I do spot that his arms seem a bit long for him, or at least not bulky enough to match his legs and torso, and his entire structure is admittedly quite bulky. Also, might just be me, but the flatness of the upper body is a bit off-setting, but again I’m not 100% sure about that.

Most impressive thing here is probably the leg design, since it’s quite smooth, but I could definitely see something going beneath the knee armor, as it’s a bit of an empty gap right now.

Lastly of the stuff that sticks out to me immediately are the hips and hands. The hands, although a classic design…they seem hilariously spindly when compared with the rest, because there’s nothing on the back of them. Nitpick at best, but they really just don’t fit the rest of the design.

The hips though…why anybody uses the Vahki waist and Metru armor combo, I will never know. It doesn’t cover the whole thing and leaves this hideous gap at the bottom. This isn’t just this MOC, of course, it’s every MOC to have used it for the last, what, ten, twelve years?

All in all it’s a really good start, just needs some touching up. I do really like the colors by the way, just wish there was a bit more of the trans-green sprinkled around so it wasn’t so inconsistent.

Don’t worry it happens. Nice moc, has nice colors too

This looks pretty good! my only issue would be the rather bland Breakout chestplate. It does not distract per say…but it does not feel like it matches the superb styling of the rest of the MOC.

Very nice MOC. I love the designs of the head and legs, as well the color scheme here.

The whole thing is constructed pretty well, though as Ek said it kinda screams MOCpages, and for the hand gappiness problem I suggest moving the Tbar to the other side and putting a 2x1 plate over the vents, it does stay on mostly and a bigger tire around the wrist.

The hips though…why anybody uses the Vahki waist and Metru armor combo, I will never know. It doesn’t cover the whole thing and leaves this hideous gap at the bottom. This isn’t just this MOC, of course, it’s every MOC to have used it for the last, what, ten, twelve years?

It leaves a tiny gap at the bottom, how is that a hideous gap, we aren’t talking about Tahu 2015’s legs are we?

It leaves a tiny gap at the bottom, how is that a hideous gap, we aren’t talking about Tahu 2015’s legs are we?

It’s so obvious, at least to my eye. It’s an ugly section that is easily avoidable through alternative waist constructions or armoring. It irks me no matter how many times I see it or how it’s done. If it’s on a MOC…I’m gonna mention it in my critiques.

Also, don’t get me started on BIONICLE sets. I could rip those to shreds for hours on end if I needed to.

is possibal we can see the back view of this creation

This is awesome! I love the techniques you used! 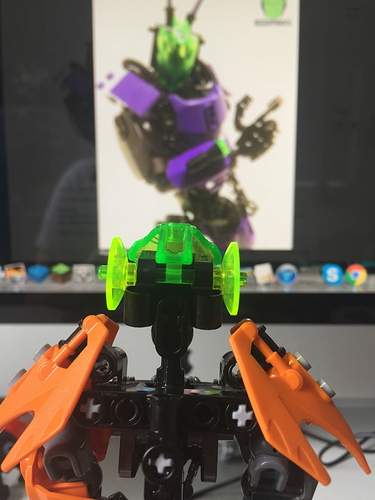 Nah jk. Srsly this is a bombastic robo-dooder, and a very well built moc. Any chance we can get a closer look on that custom head? Looks rad overall.