Hi there! I was thinking of some ideas for Bionicle G3 that are… kind of similar to the idea of having everything made of bricks and the toa, matoran, ect. being minifigures, but it’s also slightly different. This idea has minifigures AND Bionicles living on the same planets. The two races team up to fight evil beings like Makuta, but it turns out that they too have teamed up with minifigures. I hope people like this idea and it is one that I personally like. Anyway, when I came up with this idea I wanted to make some MOCs using it - and thus I created “Shill and Max’s Icy Mask Base.” (Story beneath pictures) 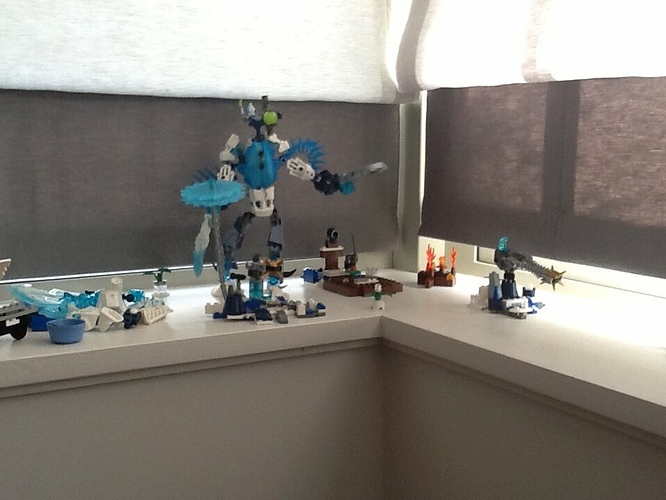 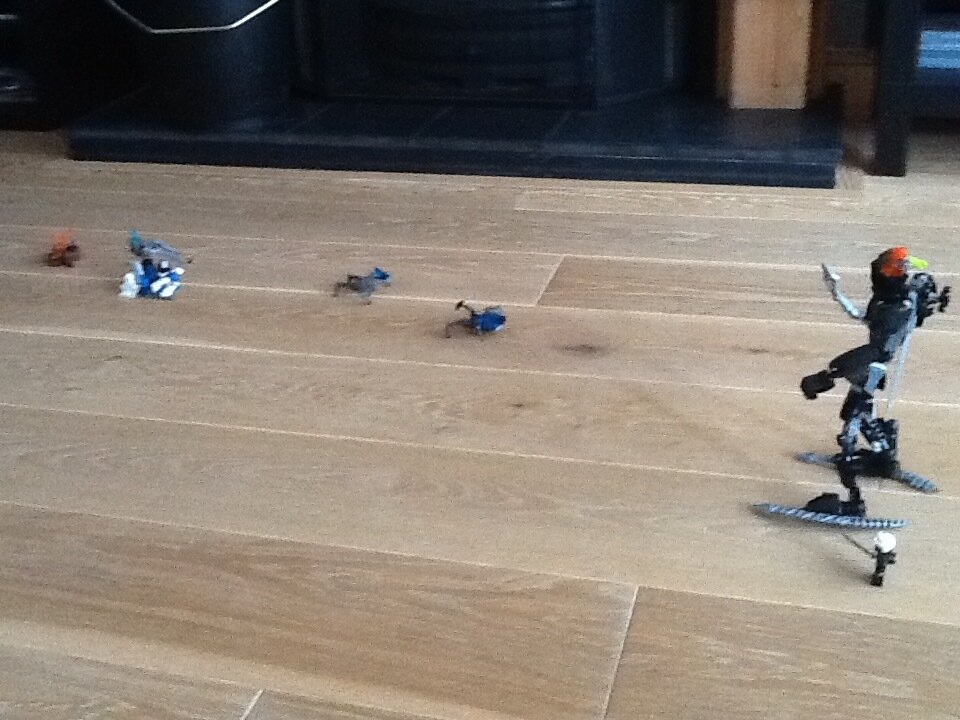 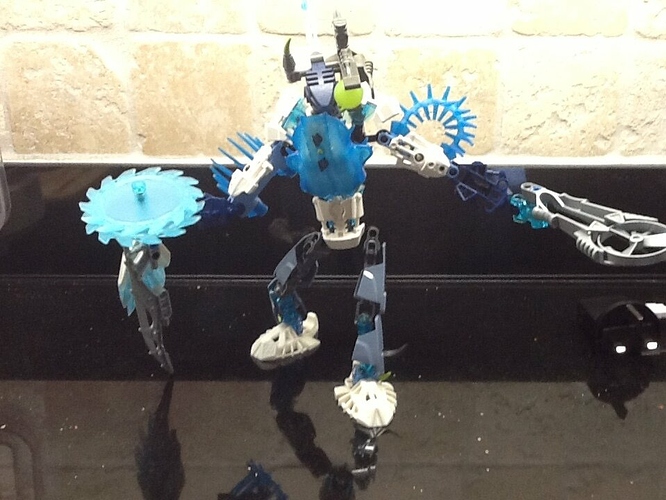 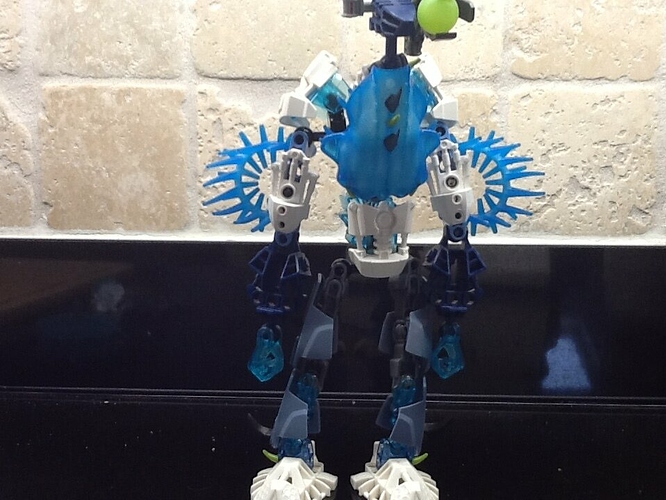 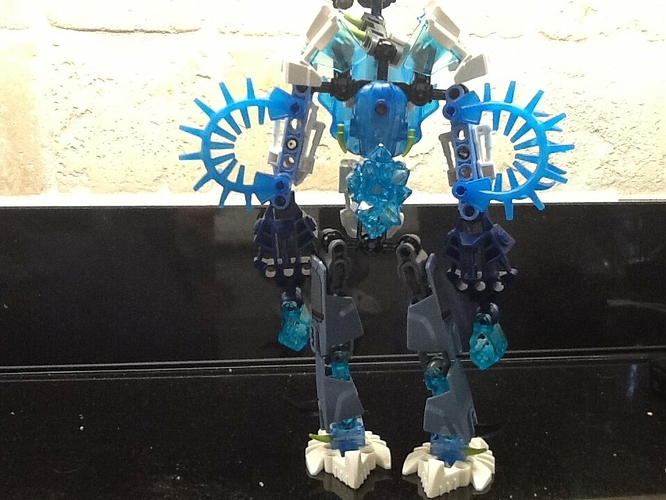 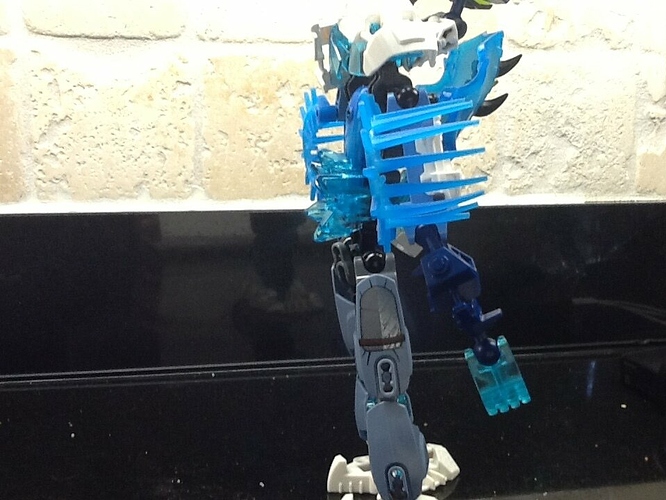 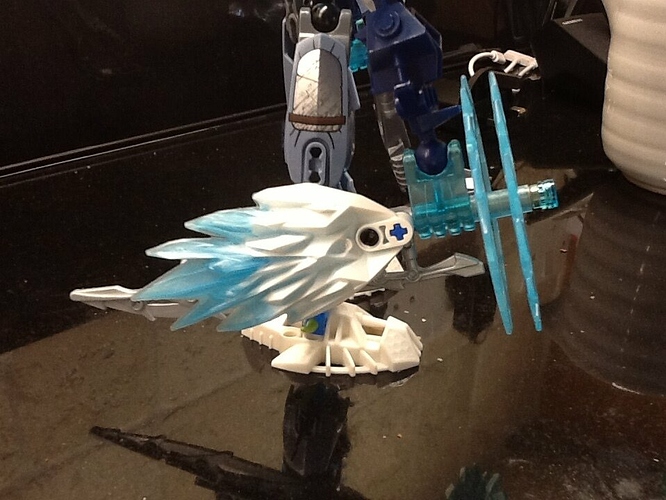 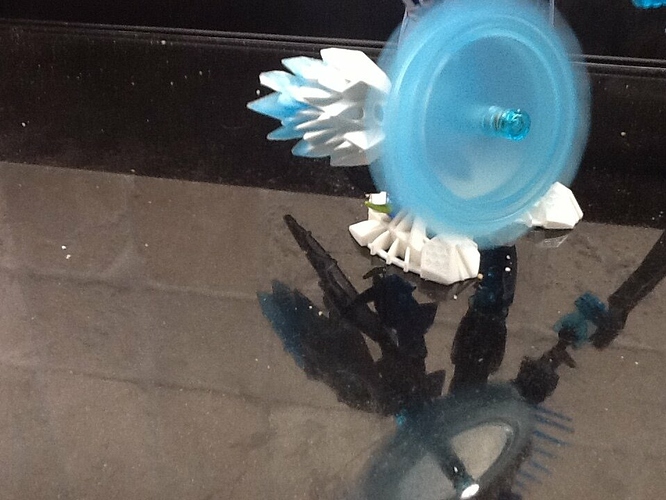 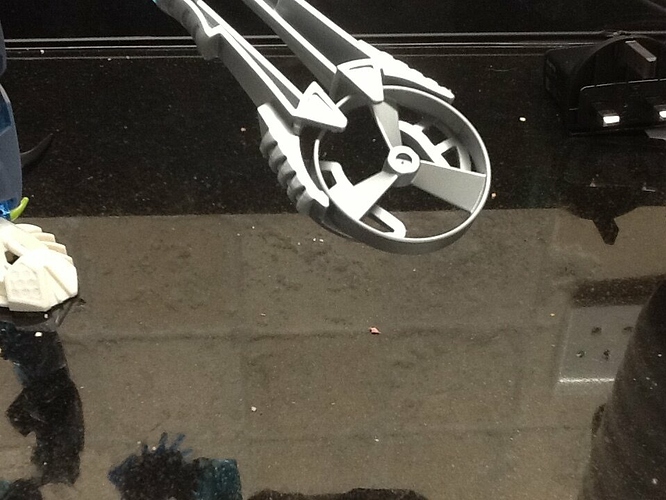 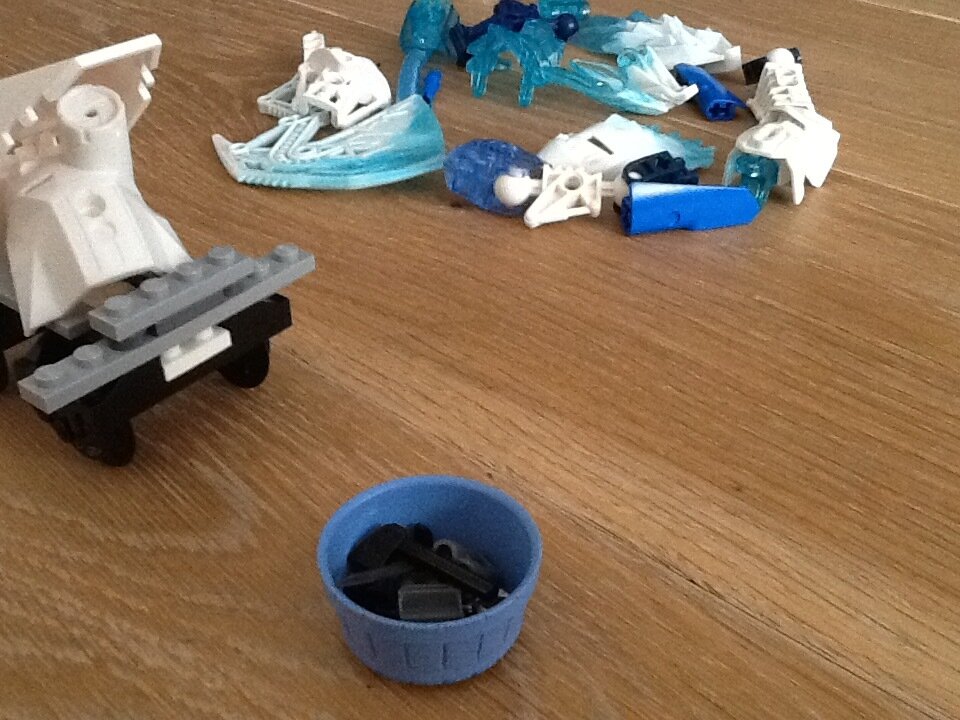 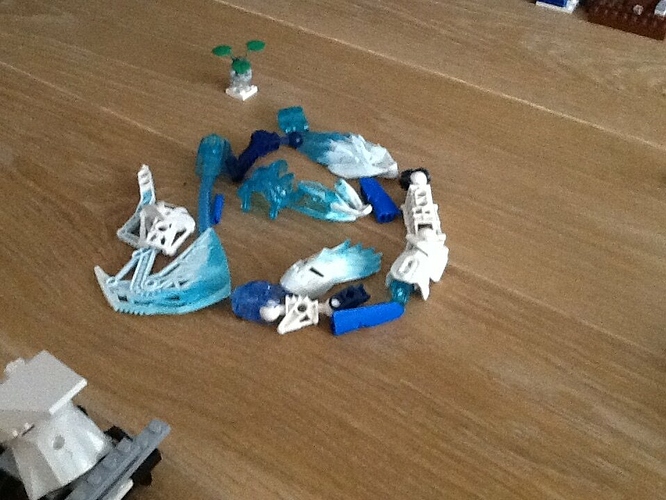 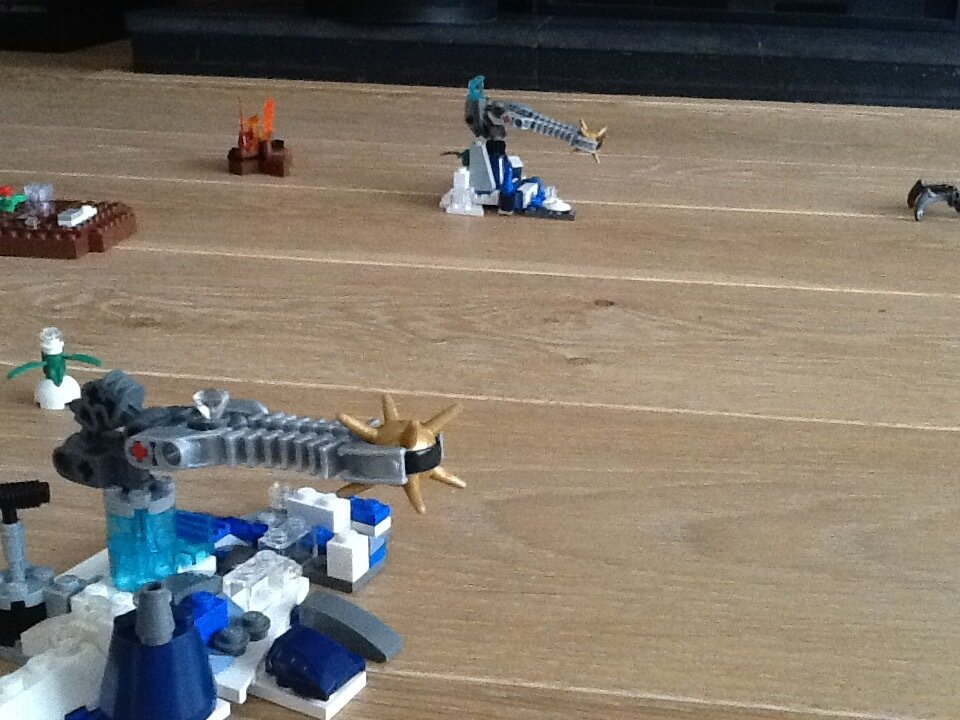 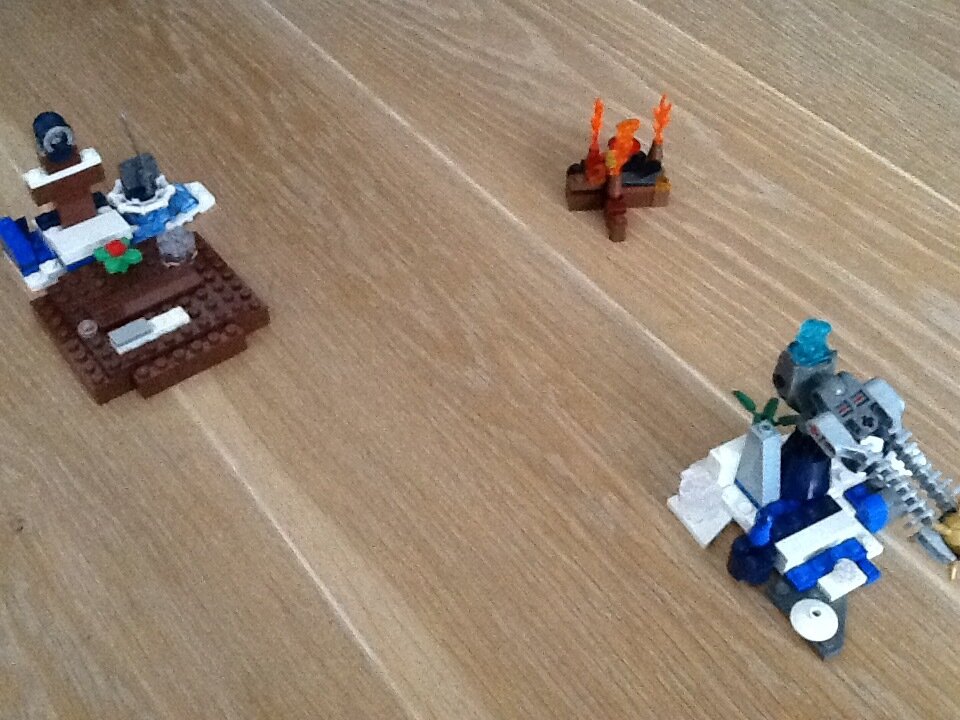 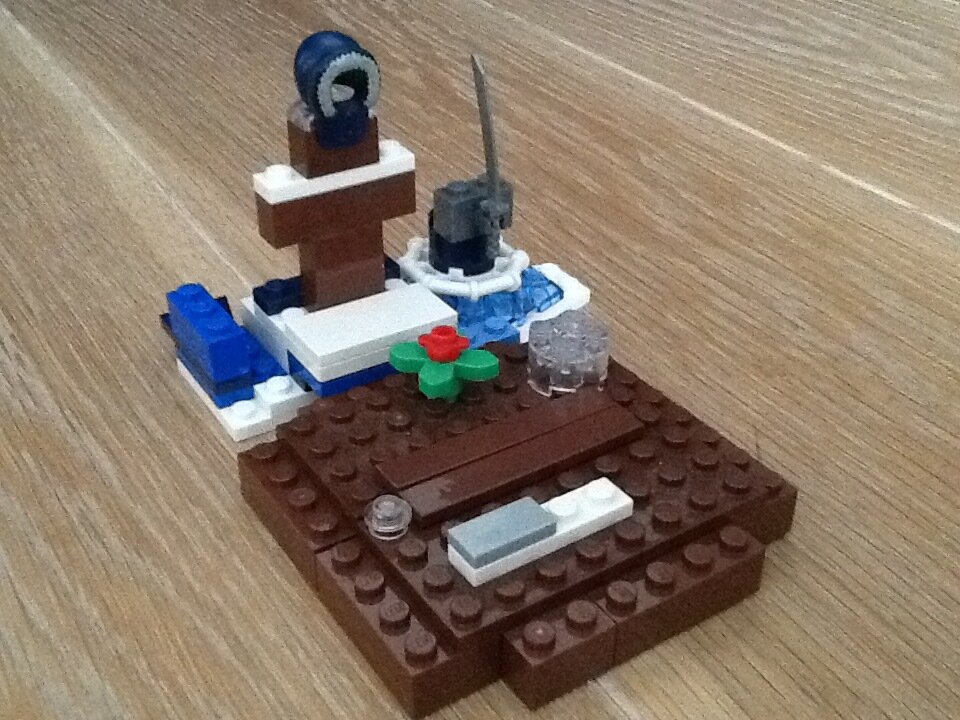 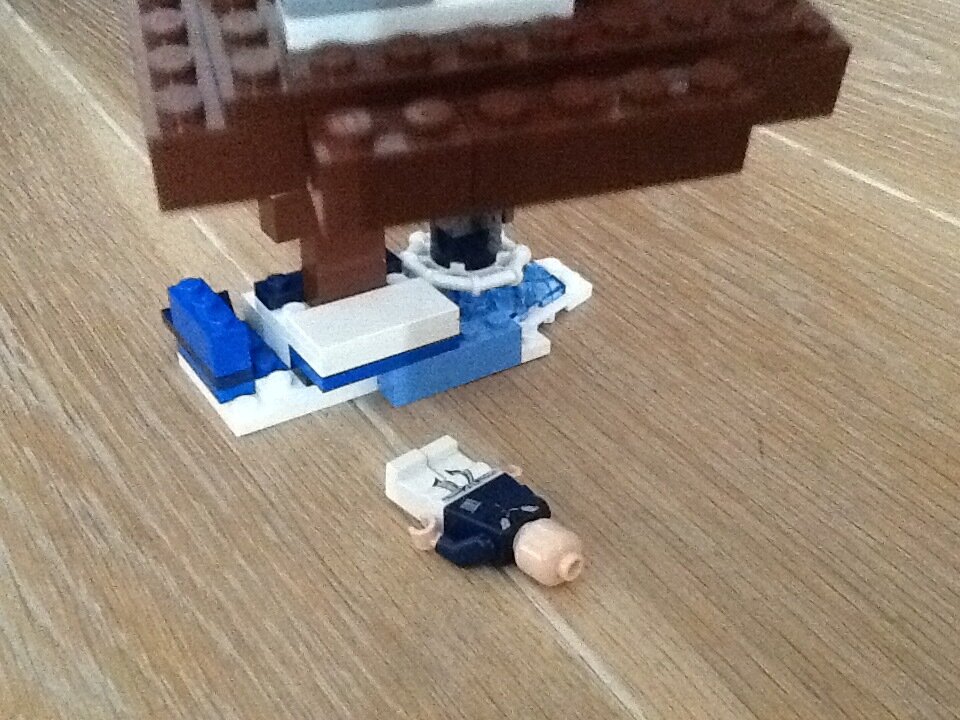 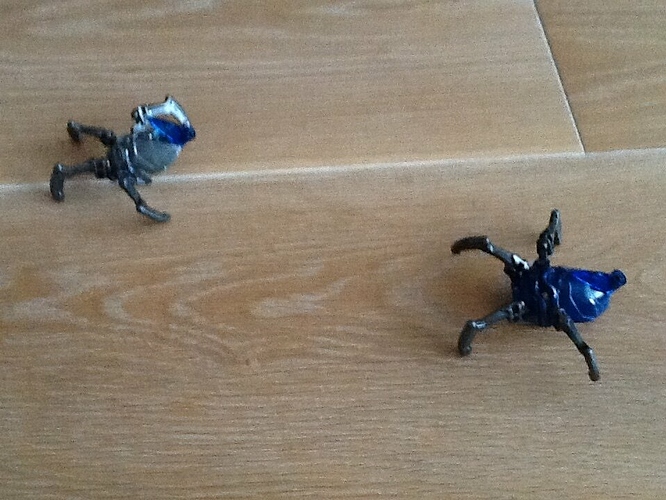 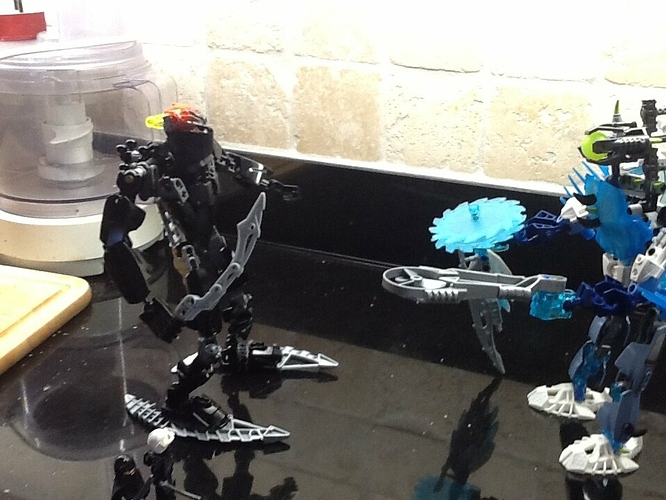 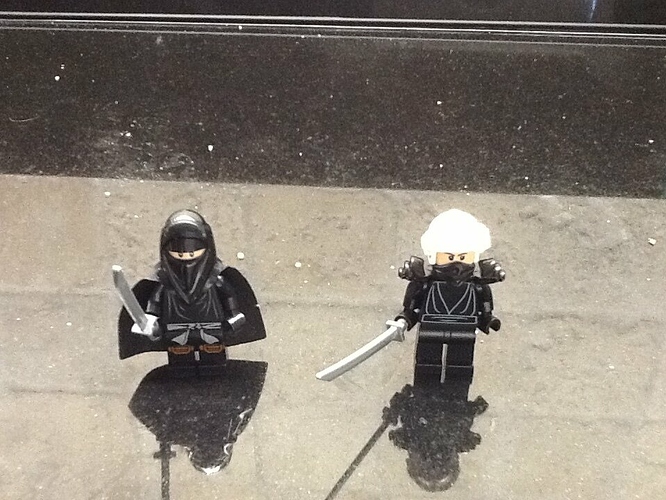 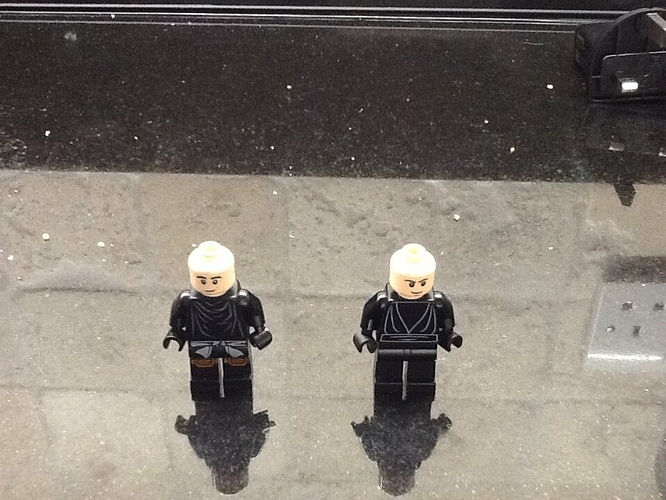 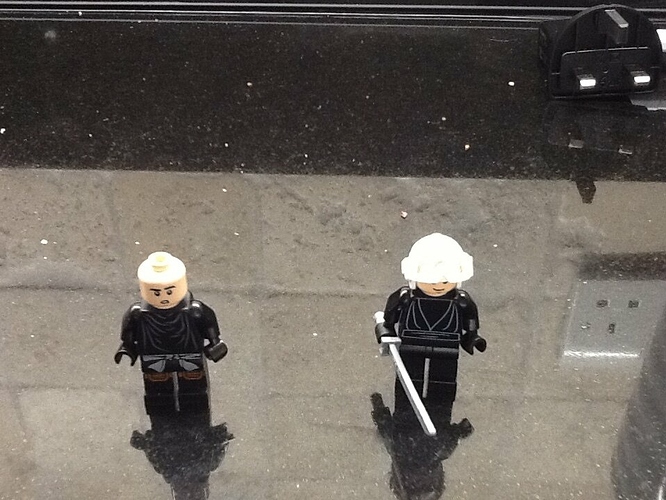 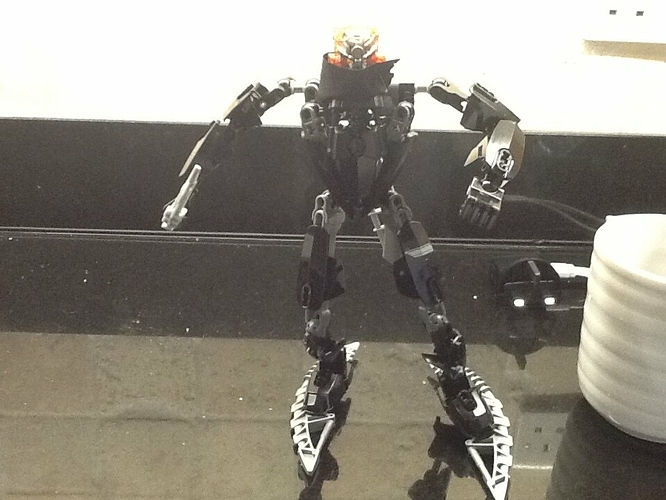 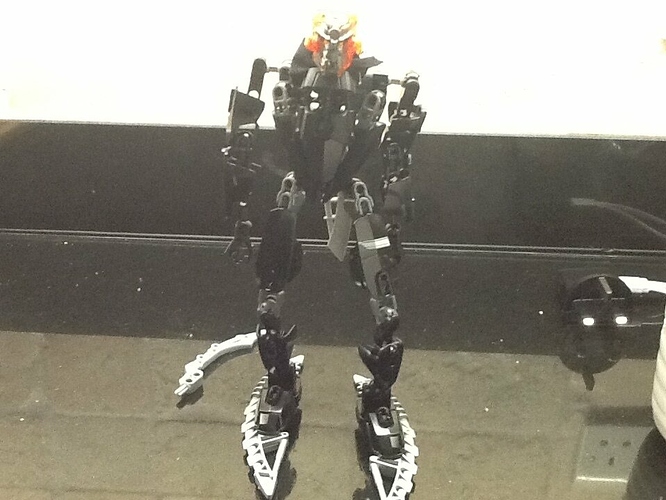 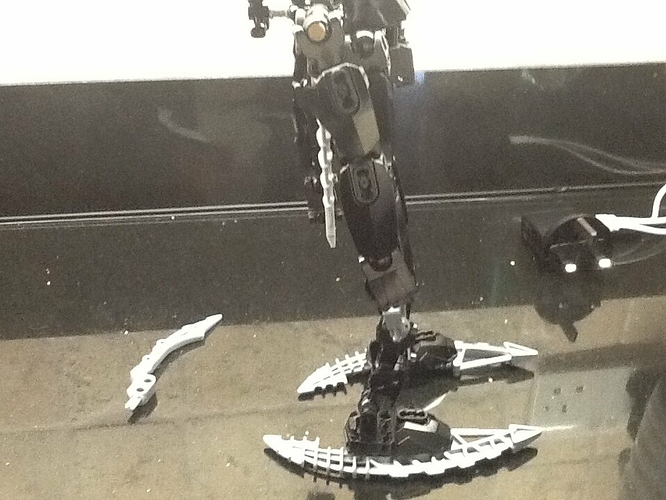 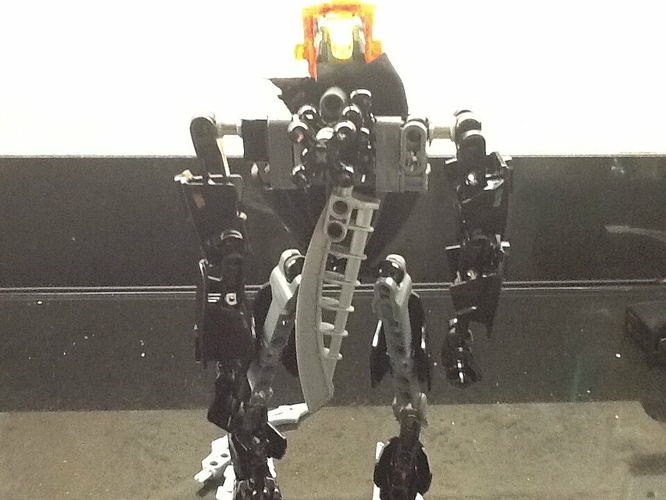 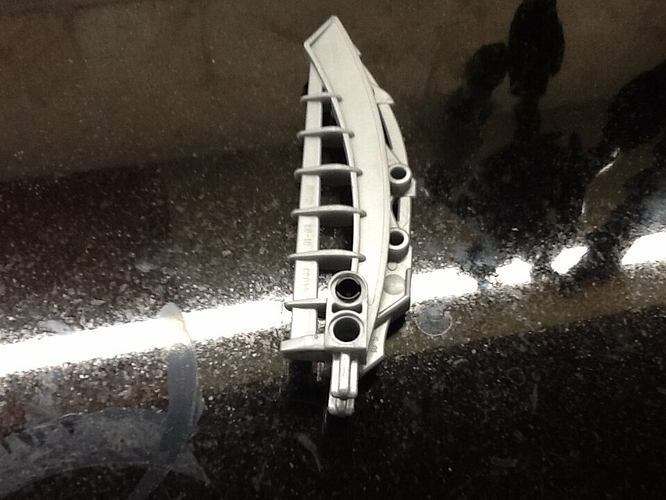 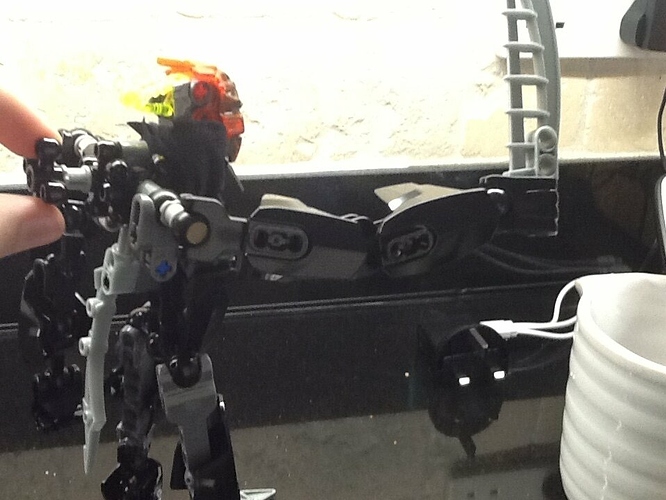 STORY: Shill was a Matoran of Ice living peacefully in her village, until one day the forest right next to the village caught on fire, and that fire burned the forest and the village to the ground. Shill and Max were the only two civilians to survive this fire, and they retreated to a nearby Icy Mountain. Here, they made a base. Weeks later, Shill heard a voice while he was sleeping. The voice told her that he had been chosen to become a Toa of Ice, and that Max had to train her. The voice also told her to retrieve the masks of the fallen civilians and keep them safe. Shill informed Max about what this voice had told her, and from then on Max trained her to become a Toa. Shill was trained by Max for a long time, until one day, a blizzard occurred. This did not affect Shill, as she was a being of ice, but Max was not. Max had to stay by the campfire to keep warm, but in the end it did not help. Max passed away that evening. Shill build a gravestone and a coffin for him the next day. Meanwhile, Shill had noticed that many skull spiders had been invading - possibly to steal the masks. To stop this, she built two blasters powered by crystals. More and more skull spiders invaded, but one day there were three new intruders who revealed themselves as the ones who started the forest fire beside Shill’s village. They too tried to steal the masks to give them more power, but Shill kept defending them.
FACTS: 1: The kart is used to move the masks around because A: If Shill dropped one on the ground, it would break - and B: Max could not lift the masks, but he could push them in a cart. 2: Bornik actually lives in the land between the regions of Earth and Fire. 3: The spikes coming out of Shill are from an infection when a green skull spider managed to bite her. 4: The blue Bohrok eyes on the Skull Spiders represents that they are from either the Ice or Water Regions.
That’s it - please let me know what you think of this MOC! -PLA

It’s an interesting idea… But I don’t think that would work, from a set or story standpoint. And TTV seems pretty set on just having minifgures, with maybe some special mechs.

Thanks! You made a valid point which does make sense, but I just made that as an idea, I wasn’t going to make it a must - do thing or anything like that. Also anybody can feel free to use this idea in their own MOCs that they make (if they want to, that is.)

Something looks off about Shill, his torso is odd, I don’t know why there is a mini figure and then a Bionicle guy but the coffin is a nice touch, though I don’t understand why it’s part of a base that is prone to attack.