This MOC is called Shouk and he was a very quick build thrown together mostly with a colour pallet more in mind than a concept: 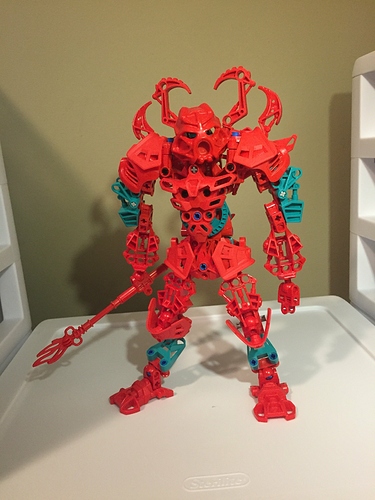 IMG_6350.JPG2448×3264 1.15 MB
Maybe you can guess the colour pallet had in mind.
Anyway, starting from the feet I wanted to use that old matoran foot as a mid-knee piece and I did but in doing so I made a unique leg shape that I decided to carry through the rest of the MOC and ended up creating some kind of samurai thing. 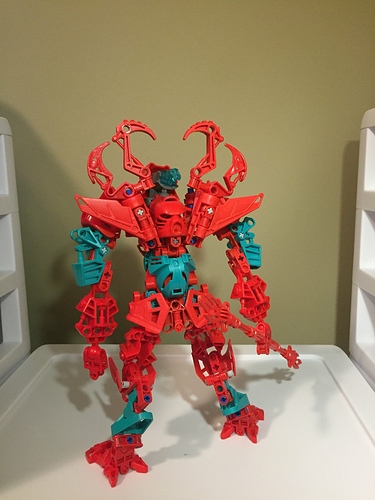 His center of mass is pretty weird because of the legs and their connection points but this MOC was a quickie and I didn’t want to spend too much time with it. That Kakama was fun to stuff back there though. It has no real place there but I had an open space and decided to stuff it in. 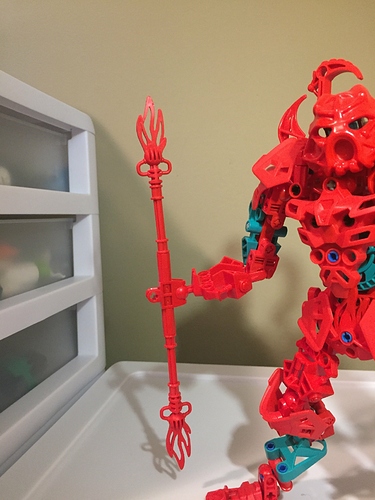 Not much to say about this MOC because of how little time I spent on it. It was really a warm-up or a creative outlet before I hunkered down to chew into a big project I’m working on. 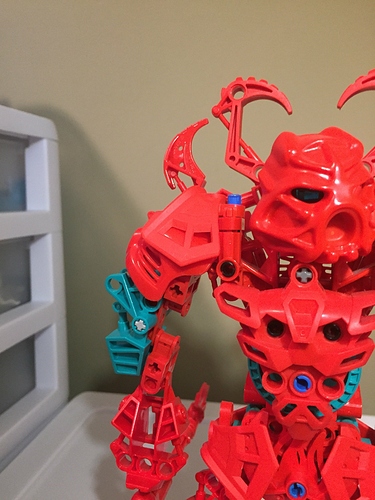 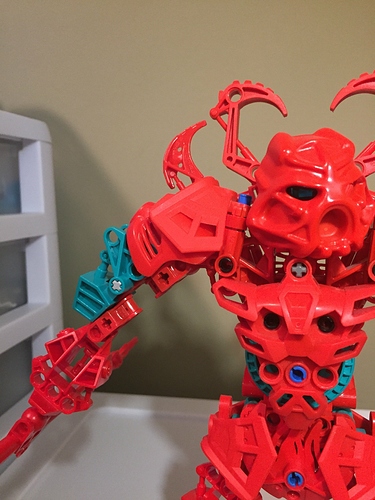 Despite how simple it is this kankle part that rotates with the shoulder is something I’m pretty proud of. I love to see armour that does a good job of not restricting articulation. 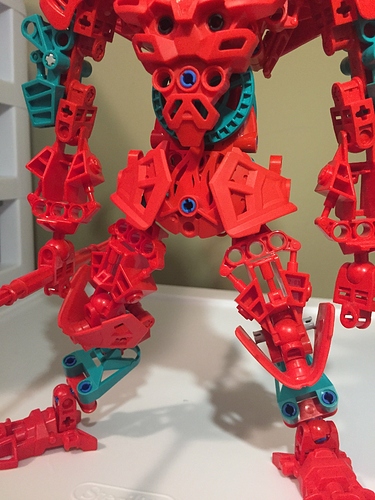 I also didn’t write any lore for Shouk here, the closest thing I have is probably the fire motif that he has and the crest of things on his back but really not much. I just keep him cuz I think he’s neat to look at.

All constructive comments are appreciated and thanks for adding to the conversation!

(Lighting choices are known to be questionable, I’m experimenting but I think this new setting works well. Let me know!)

While I appreciate the Mctoran leg design, it still appears frail to which it fall under certain poses.
The staff is weak, but the moc doesn’t define that; the mass use of G1 pieces looks good and Turquoise color seems to spread out well.

I really love the vibrant color scheme, though I should think it needs more turquoise.

@Huichelaar, @DannyBoyy, thank you for your comments. I’m pretty sure I agree with needing more turquoise but the largest pieces I have in that colour were reduced to the single-socket “hand” pieces and I found a lot of difficulty trying to put them anywhere.

@Square, your concern is not unnoticed but the only thing that the middle knee lacks is articulation, because of the blue friction pin that connects the foot to the ankle with a small ball joint, this guy falls less than another MOC I just posted called A’Agnarak and he’s got standard articulation.
Also, I only ever build with G1 because I never invested in G2/CCBS for a couple of reasons, so I try my best. Glad you like it!

@Leoxander, @BlackboltJohnson, @Ghosty, thanks, I like the look of G1 better than CCBS myself.

m not a fan of using that piece by itself as a hand. But that’s my own nitpick I suppose.

I know what you mean but I think my affliction to G1 lets me think it’s fine to have as a hand.

the largest pieces I have in that colour were reduced to the single-socket “hand” pieces and I found a lot of difficulty trying to put them anywhere.

Did you try using them as the hands, rather than the red ones?

Did you try using them as the hands, rather than the red ones? 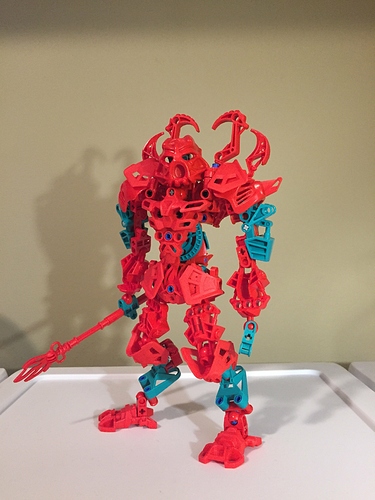 That was a really good idea and I’m surprised I didn’t think of it. Thanks for the tip!

I am not a fan of using that piece by itself as a hand. But that’s my own nitpick I suppose.

Personally needs a bit more blue but this is AN AMAZING moc.