Guys, this is getting off topic…I think. So I’ll make a topic so we can discuss: “Should Makuta have redemption”

So should Makuta stay evil forever, or become good (AKA wannabe Garmadon syndrome)
Btw, you can also comment wether you think Makuta is being controlled by MoUP or doing his own will.

Redeemed at the end by self sacrifice againts the Mask of Ultimate Power, the mask that once controlled him…like Lordgenome did againts the Anti Spiral. 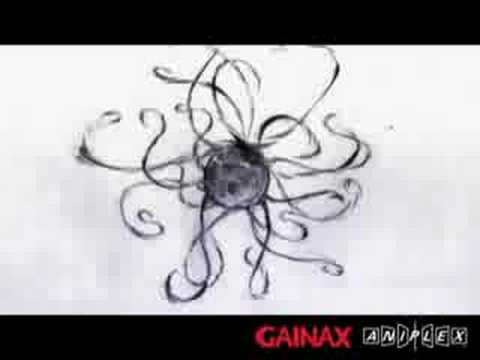 I think it should be kinda a Darth Vader thing, as in he goes from bad at the start of the main story to good at the end by redeeming himself in some way such as the MoUP gaining conciousness or something and creating itself a body, and Ekimu and Makuta work together to bring it down, realising that the island and the villagers would be destroyed.

It’s really hard to tell what I want. The problem is that they’ve went on the same route from G1. Jealousy and all that. I can’t see how he could be redeemed other than the Garmadon way. I would prefer something new.

So should Makuta stay evil forever, or become good (AKA wannabe Garmadon syndrome)

Both options would be cool if done well.

If he’s too far gone, being evil is not that much of a problem. And if he somehow come to his senses and have a change of heart, that would be fine too, love to see how he will fit back to the society.

But there’s one thing I don’t understand. Why some people say it like bad guy’s redemption is such a bad thing. Sure, it has been done many times. But I think it’s no more “cliche” than the traditional forever evil type.

The main issue here that people seem to forget is that we dont know what type of person Makuta was before he put the Mask of Ultimate Power. For all we know he was just jelious of his brother and wanted to prove himself the better Mask Maker, not shatter the Island, destroy large chunks of it, enslave the populace…I believe the current Makuta is still controlled by the One Mask that rules them all, and not that he is the evil one behind all this.

You mean the same boring Makuta back from G1. Hell no, sympathetic Makuta all the way.

Well actually, the thing is I would like a Villain that is evil, but you want him to win at the same time, I mean, have you guys seen Purple Man in Jessica Jones? Or kingpin in Daredevil? Both are great villains, and pure evil, and yet, you feel sad for them, and in cases you want them to win. So I say Makuta shouldn’t be turned good, but he should at least be a villain that you would like to win.

I think it would go like this:
Ekimu: “You don’t have to do this, brother!” Makuta looks sympathetic, Makuta looks angry again “You lost the right to call me brother long ago.” Kills Ekimu

There are quite a few parallels between Teridax and Makuta.

If he’s too far gone

Honestly I would like it it he went to far and still was able to come back. I don’t know if you have seen the force awakens. But sort of what I think they’re going to do with Kylo Ren. It would make you think, cus this guy has done some bad stuff. But he rally wants to be a good guy now. Do we trust him? that would be awesome!

Remember, these guys have a story bible, and for they want to keep each character they’ve brought back as close to their original depiction as possible. Makuta is most likely going to be exactly like he was in G1, but that doesn’t mean we WON’T have other interesting villains who can become good.

Skull Slicer is one I think this would work out well for.

close to their original depiction as possible.

That would be a rather boring, already seen, method of story telling. If we Already know that Makuta will always stay evil and will ultimately be defeated by the “good guys”, then there is no fun with it. We seen that already, change it up, surprise me with something we havent seen before and actually teach the kids that not everything is pure evil and not everything is pure good, rather its a much more grey world.

That would be a rather boring, already seen, method of story telling.

Not at all. Having a character retain their original traits doesn’t mean the story will be the same in any way. Tahu is still headstrong and angry, yet that doesn’t mean that the story we have now will be a repeat. It just means that they honor who he is as a character.

Makuta is obviously modeled after Teridax, and so I’d expect him to be too far gone at this point. If you want a villain that’s different, then why should it be Makuta who gets a different personality? We’ve already been introduced to characters like Skull Slicer and Umarak. If we’re going to give someone a new personality, then let’s just make a new villain.

Actually, I’m not sure if “can be redeemed” is the right word. Gollum couldn’t be redeemed, even if he had second thoughts. His dependency on the ring, his lust for it, was too great. Once the ring has you, there comes a point of no return. Gollum had well passed that line.

I normally would not continue this off-topic and late discussion (that’s what I get for taking a break from this topic) but it’s LoTR. I feel obligated to respond.

While I agree Gollum’s dependency on the ring would have made it impossible for him to exist with it destroyed, it does not make him irredeemable. One of my favorite takes on this “what if?” question of this is actually written by Tolkien in an answer via letter:

“If (Sam had been more understanding of Gollum earlier), what could then have happened? The course of the entry into Mordor and the struggle to reach Mount Doom would have been different, and so would the ending. The interest would have shifted to Gollum, I think, and the battle that would have gone on between his repentance and his new love on one side and the Ring. Though the love would have been strengthened daily it could not have wrested the mastery from the Ring. I think that in some queer twisted and pitiable way Gollum would have tried (not maybe with conscious design) to satisfy both. Certainly at some point not long before the end he would have stolen the Ring or taken it by violence (as he does in the actual Tale). But ‘possession’ satisfied, I think he would then have sacrificed himself for Frodo’s sake and have voluntarily cast himself into the fiery abyss.”

“I think that an effect of his partial regeneration by love would have been a clearer vision when he claimed the Ring. He would have perceived the evil of Sauron, and suddenly realized that he could not use the Ring and had not the strength or stature to keep it in Sauron’s despite: the only way to keep it and hurt Sauron was to destroy it and himself together – and in a flash he may have seen that this would also be the greatest service to Frodo.”

I’d be fine if Makuta was an irredeemable character, after all he has done horrible things. However if they did go the redemption route I would be all for this.

@Triple That would have been a better way to end LotR. Sheesh. That’s just a powerful image.

Everyone is redeemable, it just depends if the enact remorse and we currently dont know if Makuta would or wont do it. As much as you like to compare him with G1 Teridax, this is G2. We already seen characters change in terms of personalities so this would also be no issue.

If you don’t get it ignore it. You’ll find out soon enough.

Because you can totally redeem a sociopath who kills for fun.

Some people are just born… off. You can’t fix it, because it was broken from the beginning.