OK!..so…before anything I need to talk about my last moc…I am going to apologize to all about that. I should have taken the advice and been done with it. crap happening and I didn’t think. guess this is why I haven’t been on lately…well…interacting anyways…I need to make formal apologies to those who I insulted hurt and I will find those people as soon as I can…I am sorry it took me this long to say anything…there is no excuse for it… 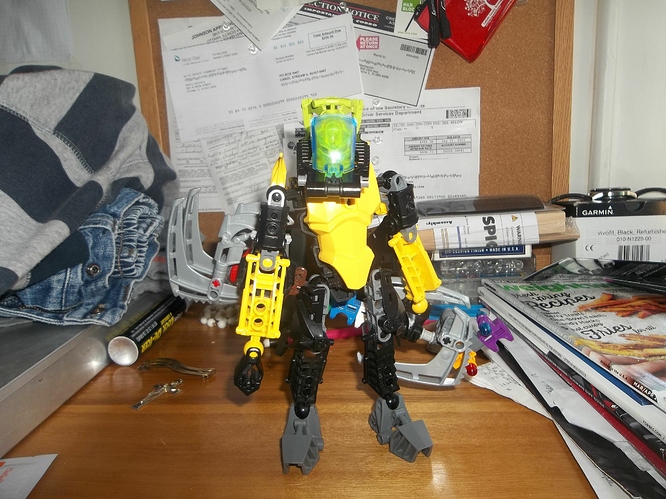 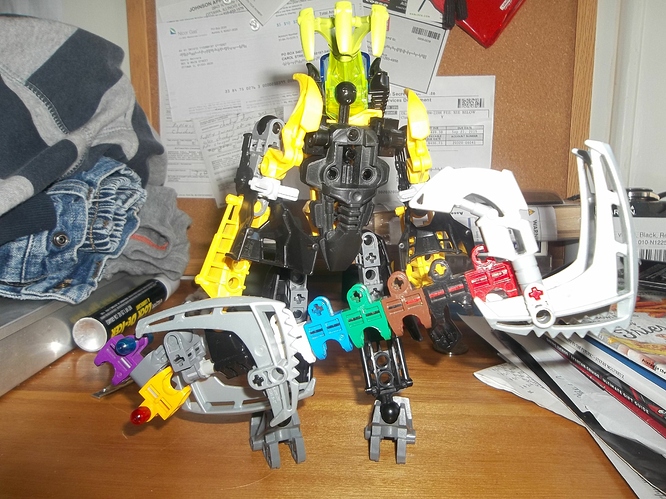 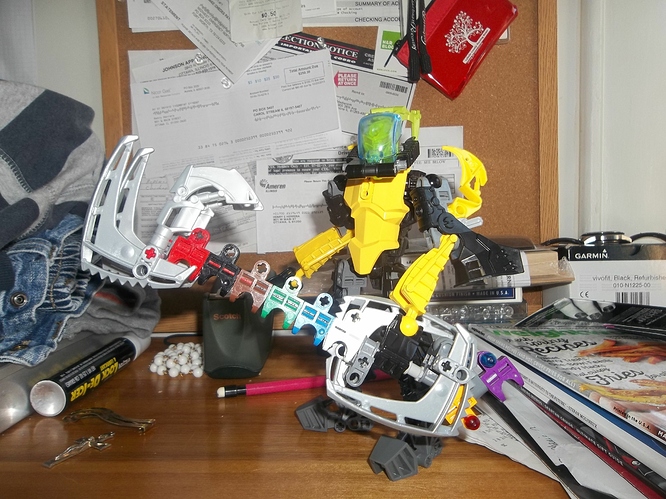 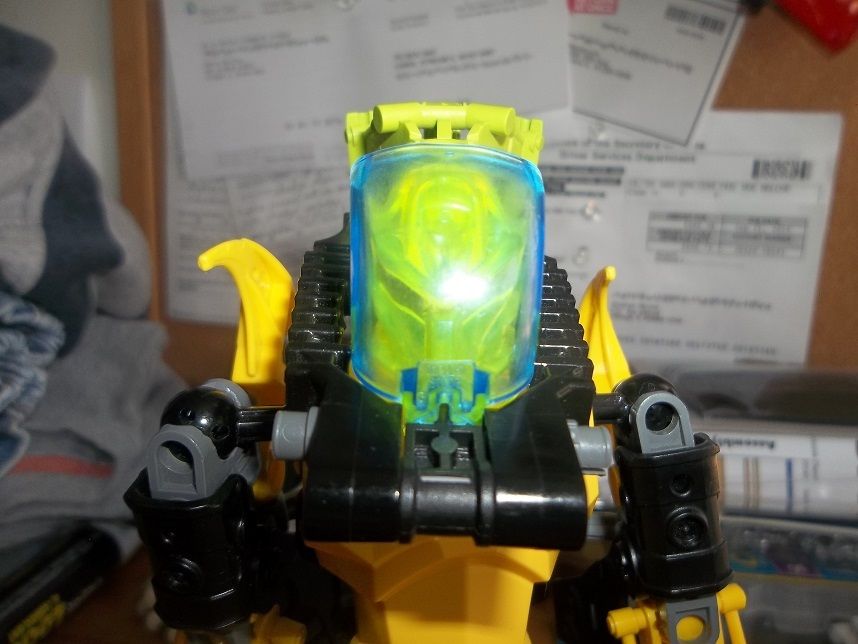 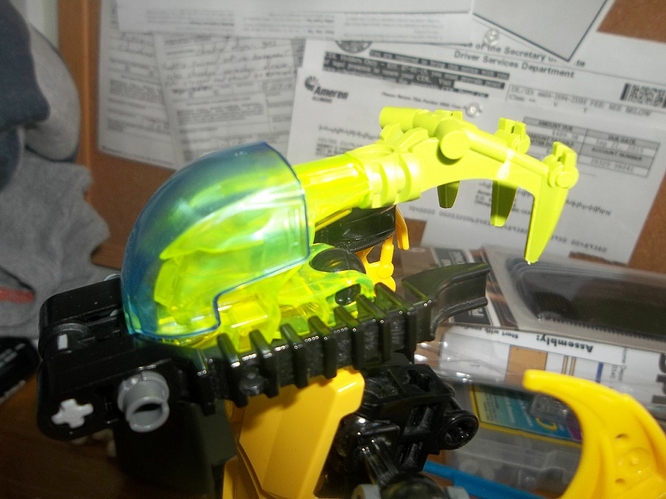 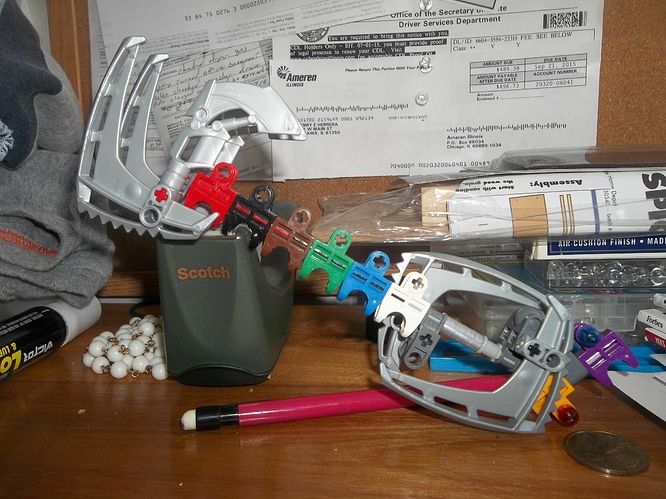 Name: Siferius Veil
Ocupation: Toa, Main co-leader
Element: Light and Darkness
Team: Toa Guardians
Weapons: Sword, mind
Mask: Kanohi Gisō, the Mask of Imitation
Powers:
Weapon: his weapon “Erementaru” Can absorb up to 8 elements and hold them or fire them back at the enemy. a weapon of his own design this weapon has no opposite or equal…so far…
Element: Can use the light refractions to make armor or force shields made at any size. his darkness side allows him to travel in shadows from one city to another with almost no time at all and quite literally hide within someone else’s shadow as well as made by anything. while his elemental powers have limits which if strained can wear out or kill him, he practices again and again and again until he finally stretches his limits.
Mask: has the ability to mimic any mask power he has seen and sometimes increase its power tenfold. while this is a useful ability it is dangerous for him to use more then one at once. while the mask itself can copy one mask power at a time when he is forced to use two at once it greatly weakens him. some times to the point where he passes out or goes to a coma.
History: Siferius Veil is one of the most mysterious of the Toa guardians and one of the three co-leaders next to Yami. originally though, as he has mentioned hundreds of times, he is not from this world. when he came here he teamed up with the new threat thinking that he could do good for this world. he created Yami for this. after Yami left because he believed that what he was doing was wrong Siferius started to think about his decision in this world. one time during a raid Yami had kidnapped him and brought him to the underground. the idea was that he was forced to fix something, be let go and have memory wiped. but after he saw what was going on in the underground and realizing he had made a horrible mistake he came to a new Idea. he wanted to fight alongside the matoran not against them. this in turn was agreed to by the leader of the Resistance, “The Enlightened one”. Yami didn’t like it and challenged him. Siferius accepted and Yami lost. since then it has sparked a life long battle between the creator and the creation, one that could have dire consequences later on if they don’t get their act together.

OK so a little history with this…Originally this wasn’t gona be a self moc. originally this was supposed to be a base for mask pictures and armor designs. but then I saw something in it that I saw in myself…a blank slate…something that I never see in anything I make…but while yes I saw a new future for this it also had a dark past. something I don’t often see in my mocs is an actual personality. its something that I usually have to do. this one became the most special out of all of mine even though its not only the simplest but the weakest…something always changes when you work I guess…

yeah, pretty much, it’s cool. although I’m not a fan of the rainbow sword axe whatever. cool kanohi design, but I thing the mask of imitation is already a thing, but then again, I might be wrong, I still think he has a pretty solid design overall, but I think you should straiten out the color sceme, because the lime green SHREDDER CLAW on the head and the rainbow sword breaks the color sceme that was already a bit over board with the yellow, the black the grey the silver and in the blue in the helmet. So in my opinion this deserves a 8.5/10, it’s good, like, really good, but the color scheme catches me off guard and is kind of an I swore, and also the open pins and axels annoy me as well. I like, it’s really good, needs work. ok? ok? I’m out!

thank you! I was actually thinking of making a better design for him but I need more parts…as for the open axels and pins…the open pin itself was to keep the back in place and the open axel there I can somewhat try to fix but the axels on the arm is still bothering me too…any Ideas for that? please let me know! also the green head and “Shredder claw” are because he is from another world…I would have done something else but…lets just say it caught my eye and the yellow again need more parts…

Edit: ANYONE WHO KNOWS WHAT Kingdom Hearts IS SHOULD KNOW THIS BY LOOKING AT IT ALREADY… … …sorry just a little hyped ^^; its my own design of a bionicle keyblade…didn’t want to make it sound like that and have it become a…well…not sure how to say it…cross over? not my thing…most of the time…

just because of plot reasons doesn’t excuse the fact that it breaks the color scheme. it just means there is a reason, that doesn’t mean it’s still a bad thing that needs to be fixed, I’m sure you only explained it as that because the real reason was because you didn’t have the right color you wanted for that piece, so you stuck with it and just gave an explanation. if not, IDK why but I tend to ignore plot relevance when it comes to moc reviewing, because it’s an entirely separate thing in itself, it’s a matter of reviewing the moc, not the plot convenience given to explain the problems with the moc. also I think key blades are stupid, they aren’t blades, they are massive keys, I just think kingdom hearts as a whole and key blades are stupid.

As a standalone weapon, i like the rainbow dual axe whatever, thought the open ball joints anger me slightly.

As a standalone weapon, i like the rainbow dual axe whatever, thought the open ball joints anger me slightly.

yeah the lack of parts kinda got in the way of that Sorry ^^; but thanks for the complement!