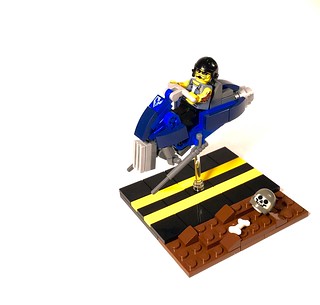 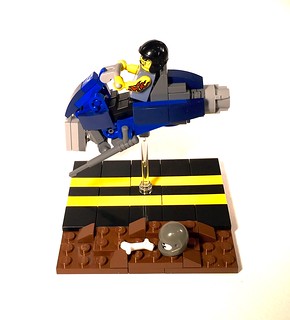 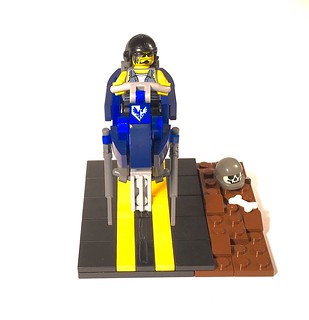 If you’re a country boy at heart, the barren wastleland of District 18’s southern border is your playground. Just keep an eye on your fuel tank gauge - because if you run out, you won’t be making it home alive. 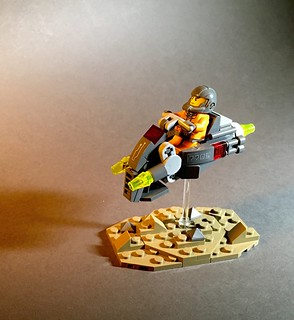 A tough, reliable workhorse for the harsh conditions of District 18’s mining industry. 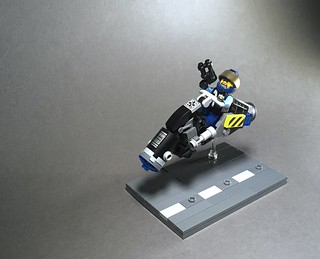 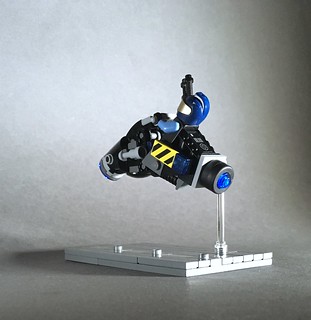 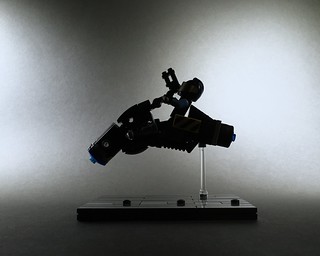 A supercharged police speeder for hunting down on-foot offenders. Better not break District 18’s curfew, or one of these will be coming for you… 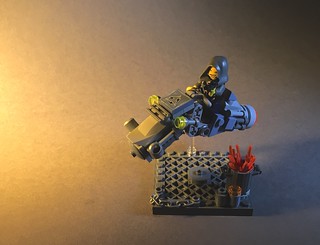 With most current-gen models protected by DNA recognition and remote kill-switch security, District 18’s local street gangs rely on obsolete bikes - either salvaged or stolen, and often modified for extra speed - in order to get around. 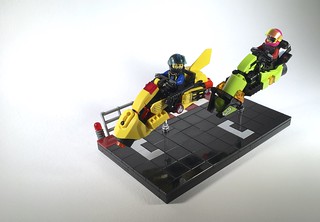 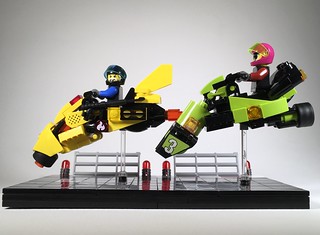 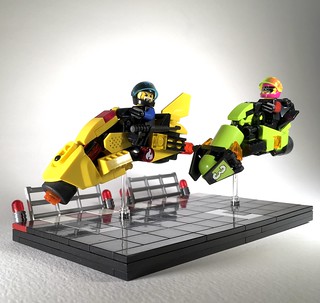 Originally an outsider sport of questionable legality, speeder bike racing is now officially sanctioned in District 18 - but echoes of the sport’s former punk ethos remain in the drivers’ attitudes, behaviour and fashion style.

Larger versions of all images can be found at my Flickr album here.

All bikes built for the 2018 Lego Speeder Bikes Contest on Flickr. Not likely to win as there’s a lot of great entries out there, but I had fun making them!

looks great. a cool idea too

Amazing part usage! I love how you put in the flipper piece on the Honeybee and used technic to make them look more mechanical. I love the speeder bike design, because it’s easy to build, even if you have few pieces, and is a good base to test system design elements on future MOCs.

From what I can tell these look great, but the pictures are so small I can barely make out the details.

Any chance you have some larger photos that we can see?

Sorry about that, I thought the pictures linked to larger versions but it looks like they’re about the same size. Here’s a link to the Flickr album (and I’ll add this link to the first post too).

These are pretty cool! The only thing that bugs me is that the last 5 all share the same general outline of a slight curve; I just wish perhaps there was a bit more variation of the base shape. They are all built very well, however, so good luck in the contest!

Very nice, small builds. Some of my favorite usages have to be the astromech bodies, the snowshoes, and tire pieces.

Ooh, I like these! The stands are really nice and the speeders themselves are very well-built.