well, I think if you know anything about bionicle and it’s rebooted series that has been kinda happening for the past year or so you are probably aware of the new villains, who are all dead, so I don’t see the need to be killing them off with toa, but hey! Anyway I’ve seen some of these cool MOCs going around based off of these skull characters, so I thought I would create one of my own, I’ve had this guy around for quite some time now, so I would like to finally show you guys him, HE IS INCOMPLETE so feel free to give me advise for parts I should use and such, and just kind of give your opinion on him, now on to the backstory that you don’t care about! He is a skeleton dude who can use his sword called The Soharan to electrocute people, thus giving him the ability to puppeteer more than just some skeletons, more than some random villager, no, he can have full control over a toa to the point of him only really needing a couple of guards to protect him! He can literally look at someone, point his sword at them, and shoot electricity or something and they pretty much lock themselves away in some dungeon or whatever. Anyway I’m sure you would like me to shut up and stop saying really stupid story stuff that makes no sense what so ever, and you would really just like to see pictures, so here you go. 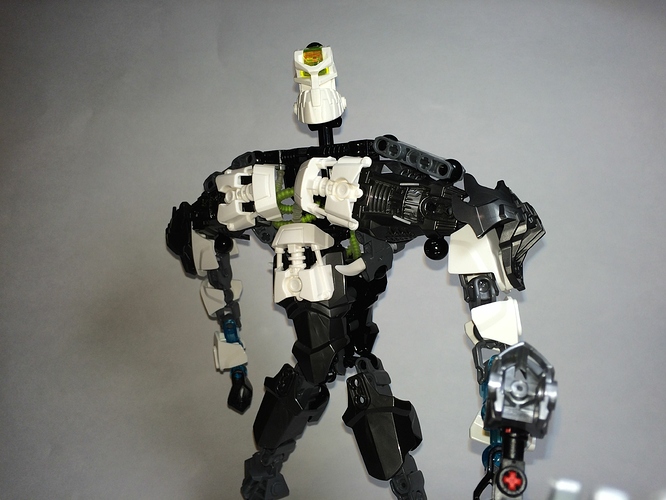 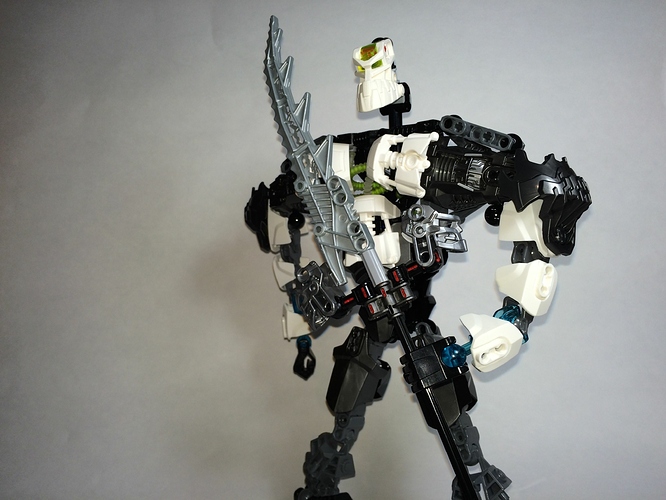 here is him with some minions 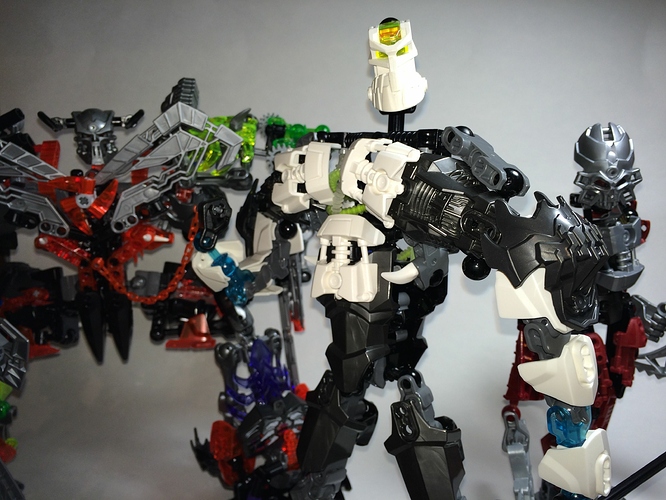 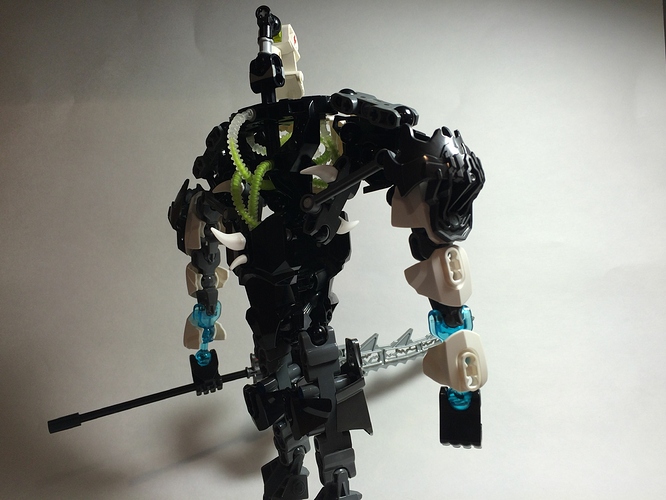 his limbs-to-torso ratio is whack

seriously he’s alright, but he needs to work on Arm and Leg day, way to skinny. Still alright!

I feel the neck is too long aswell.

I kind of agree with you, but do to me using a paraka head I couldn’t actually pose it without it falling over, so I had to do that thing to extend the head, I like to think that because he is such an old guy many of his bones withered away, and he replaced them, kind of like automail, but lamer.

Pretty nice, although I would recommend to get rid of the Trans-Blue. The limbs could use some bulking up as well.

yes, I only had trans-blue there because of the lack of parts at my disposal at the time I made it, so I do plan on replacing them.