The thing hanging down his crotch is something I call a “Crotch flap”. I dont’t exactly know what it’s really called.

(I’m also not that good with photography 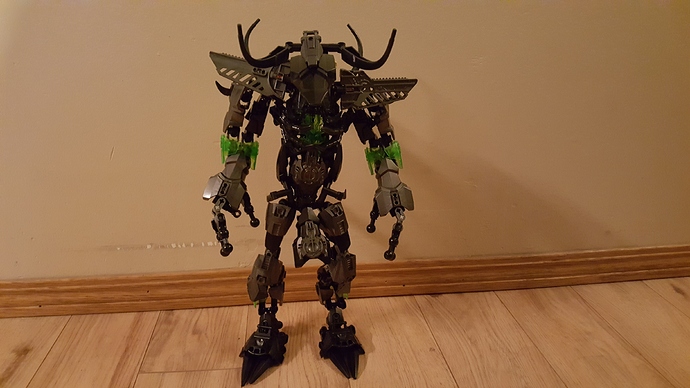 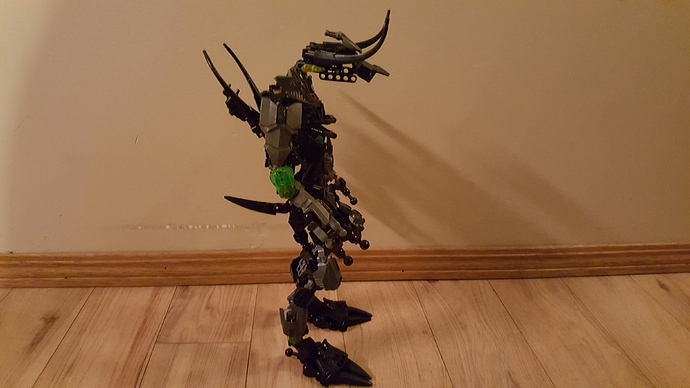 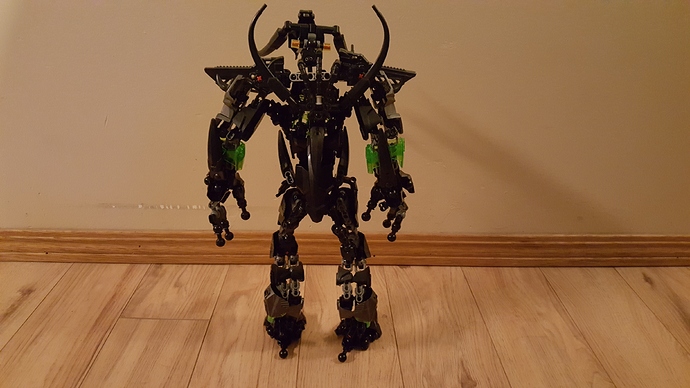 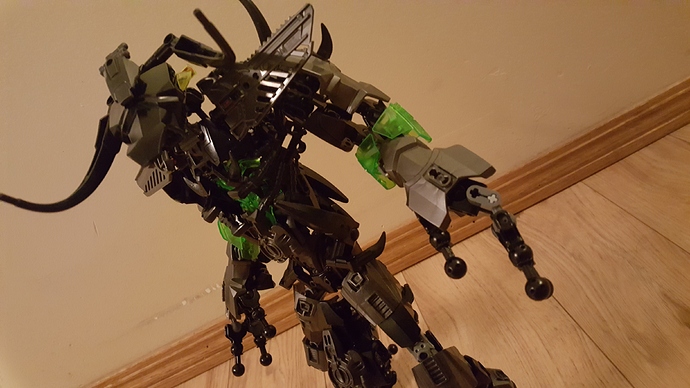 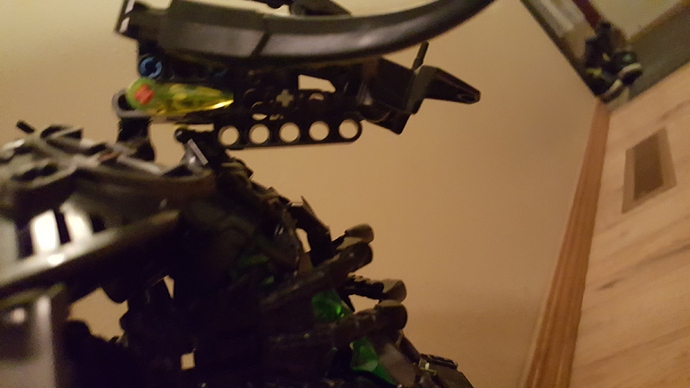 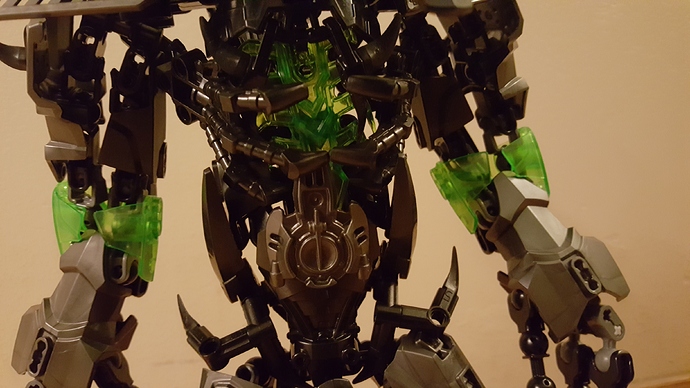 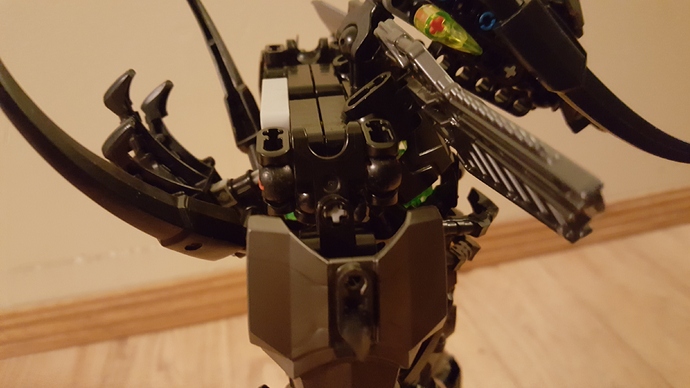 The last 3 pictures are close up pictures of some unique parts. (Feel free to ask for more pictures of certain parts in your replies)

Grounds shake and castles shake! Skeletaurus, the mighty creature from thousands of years ago, has comeback protecting the ancient treasures in his dark dungeon. Many have failed to steal from the dungeon. It’s rumored that if you enter the dungeon, that would be the last you see of daylight… Many have seen skulls, hanging from torches outside. Skeletaurus uses his mighty strength to hurt, or even kill, theives. Legend says this creature was pulled out of the ground by mother nature itself. He is known to steal from towns and villages, and sometimes even castles, for treasure…

This is is my first post in about 3 weeks!

The thing hanging down his crotch is something I call a “Crotch flap”. I dont’t exactly know what it’s really called.

He looks good from both the front and the back, and the custom torso works really well. The head design is pretty neat too, but the eyes should be moved so that they can be seen from the front. The color scheme could also use more trans green and the area above the shoulders needs to be more covered up.

I would say you did an excellent job, because you did, but the hands are something I would work on.

Pretty sweet! My favorite mythological creature is a minotaur, so I have a soft spot for this.

The build is a little simple in some parts, but works well on this moc