“Be careful not to be within earshot when this creature unleashes it’s cry. One shriek from it can kill a toa” 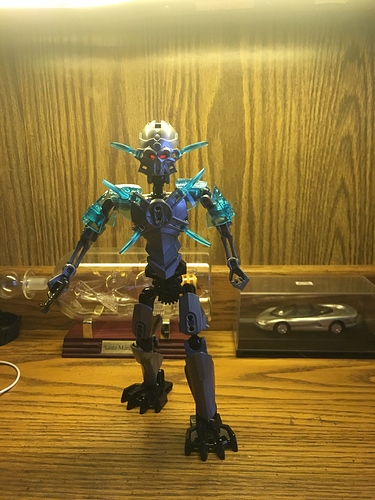 IMG_0533.JPG3024×4032 2.28 MB
Intro
Hey guys it’s me Gwideon and today I’m bringing you a revamp of a moc I posted on CBW a long time ago. I call him skull screamer. One scream from him has the potential to take out a whole team of toa. Any ways I hope you enjoy this moc. 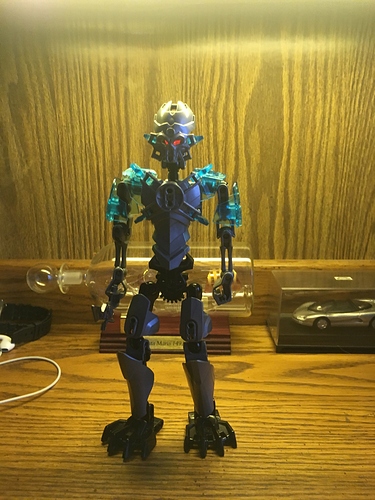 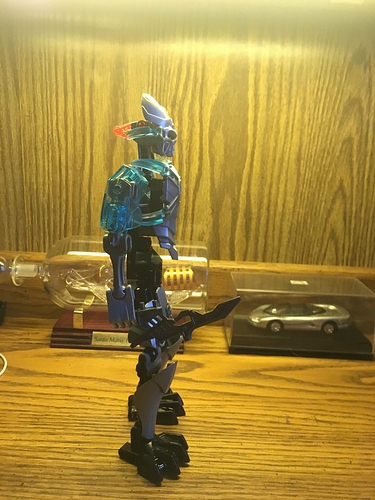 A side shot. I went for a simple weapon because I want the focus to be the figure not the weapon. 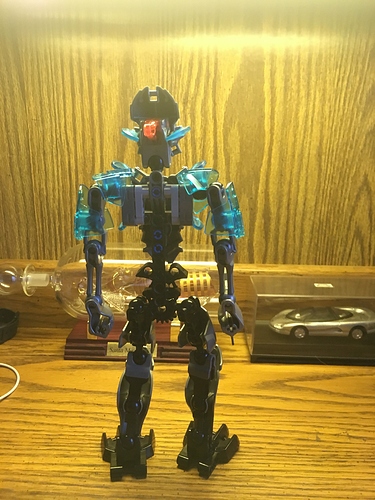 A back shot. A simple custom torso was used for this.

I hope you enjoyed my moc. Thanks for reading. Feel free to comment and stay awesome.

Not bad, though it is a little basic. The arms are a bit thin compared to the legs, but so much so that its are a real issue, more that it just makes the whole thing look a little off. Overall, I think it looks pretty good.

thanks for the advice

Nice concept, but the MOC is rather… lacking. I would suggest bulking up the arms slightly with larger shells and lengthening them so they are more in proportion to the rest of his body. Secondly, I would suggest some more bulk along the torso (such as filling in the gap betwixt his pelvis and chestplate) and some armouring of of the back. Lastly, try to add some unique flare to this guy, probably in the colour scheme, which is quite bland at the moment.

I like the concept a lot. The idea that one shriek could kill a Toa has me imagining that this thing just walks into a battle, staring at the Toa, then they all have to make a mad dash to pin it down and knock it out before it screams.

But the MOC needs a lot of work, I think. It’s extremely basic, and that doesn’t help highlight the unique concept.

I’d say take a stab at making a custom head that can maybe rear its jaw open, like it’s screaming? You had the right idea, as I can see:

you can see the claw pieces on the chest and mask. These extend outward when he screams.

But I would suggest taking that and running with it. Maybe make it a function? Look like some kind of FNAF-looking jump scare face?

Then just build around that. Right now he’s little more than a basic 2015 Toa build, but so much potential!

thanks everyone for the criticism I will take it to heart.

Like others said its a bit basic, but one issue I have with this moc is nothing suggest that he has screaming abilities