A WIP I started this week, for a Lego CCBS figure build based around the Biblical Armor of God.
Now I just need to design the figure…lol 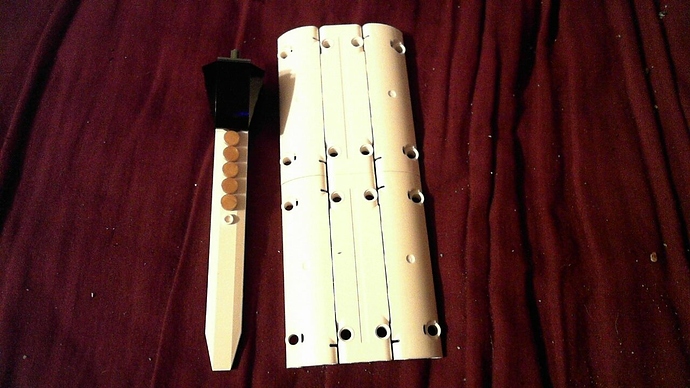 The sword is a little bit more complicated build as it involve placing the flat sides of two pieces against each other. 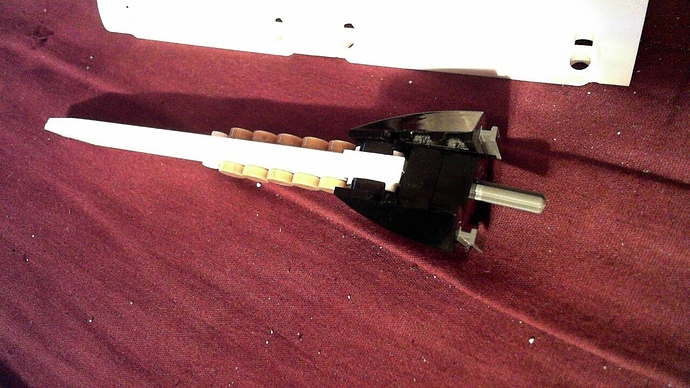 The previous version of Sora Zenjin

Sora Zenjin. A code name given to an ancient mecha, found entombed deep within a large cavern. No one knows who built it or why, but it was resurrected just the same to play a part in a civil war on Earth, between the collapsing Earth Alliance and the Titanian Horde. The Titanians, masters of mad science, bred horrific mutants to fight their battles,unleashing their monsters to destroy whole cities belonging to the Alliance. Finding Sora Zenjin in its basic prototype form allowed the Alliance to level the playing field against the Horde. [image] [image] [image] [image]

The shield is inspired by Poharu’s Saikyo Heishi MOC