After almost 2 years of procrastinating his leg design, I finally finished my self-moc, Skyfire. 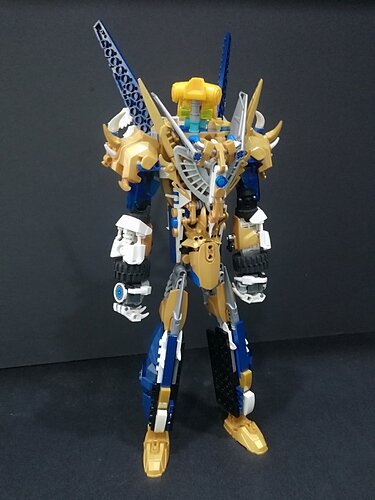 It won’t deny that those wings on his back were somewhat inspired by the old Exo-Force flying mechs. 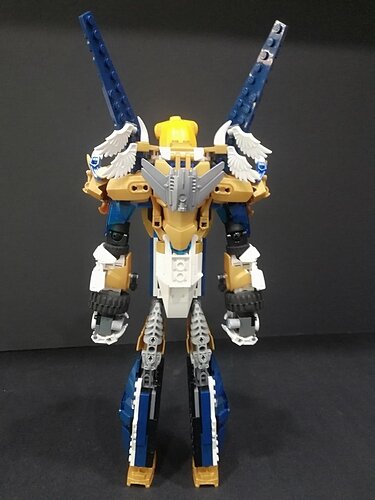 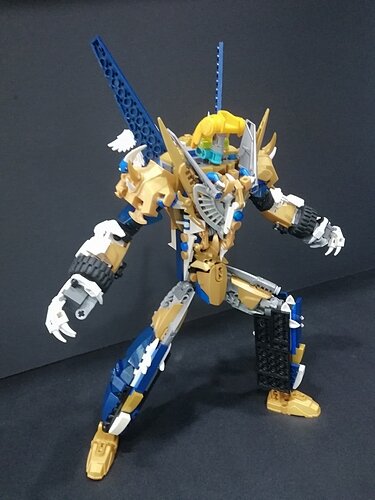 His entire torso and lower legs are all system built. 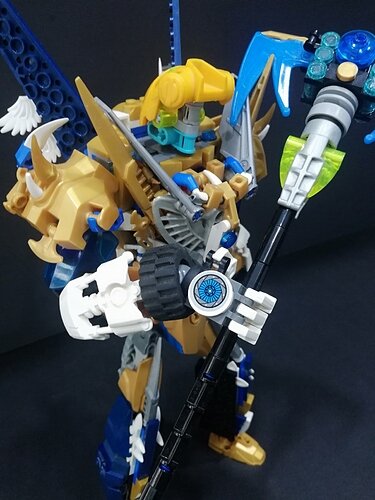 His main weapon of choice is his labrys, Aeolus the Skysplitter. I designed it sometime after making Arkarium as a foil to his halberd, Bredamouth. 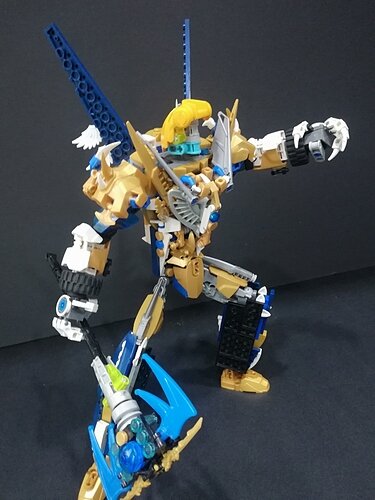 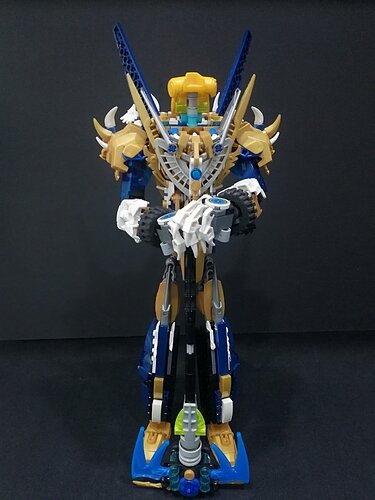 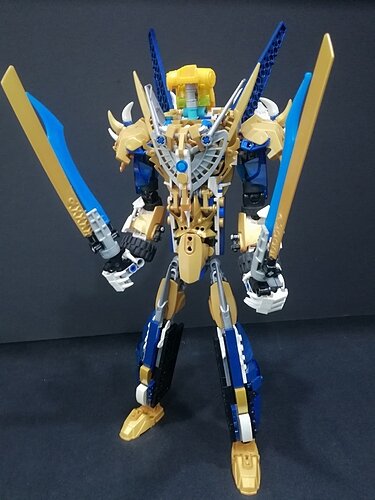 His original main weapon(s) of choice were Zephrys and Sephara, the Twin Sky Blades. When I first designed Skyfire as a HF Moc, I decided that his weapons would be small gold daggers using the smaller version of the gold blades. Since he’s now way bigger than my first iteration, I decided to ramp them up into giant swords as a nod to his old weapons. 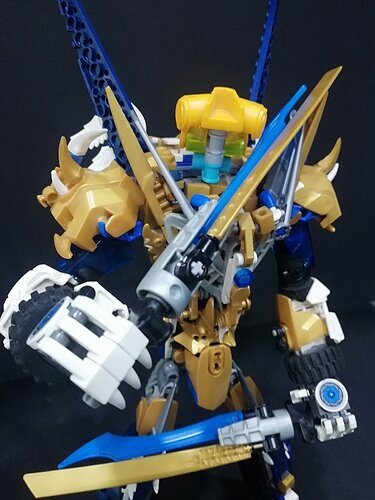 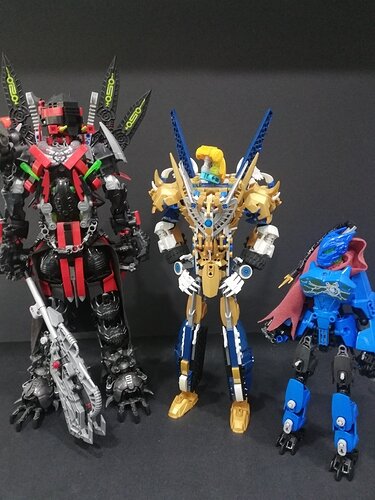 Standing next to Shiranui and Arkarium. 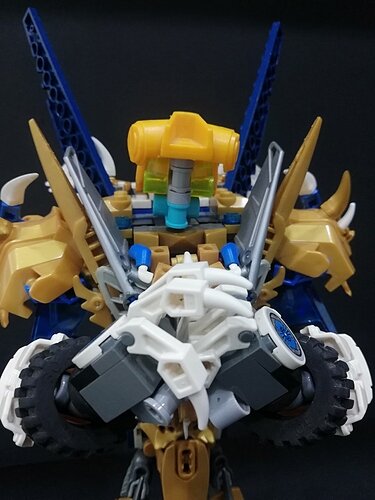 The lower legs are blocky on one side and I guess you should work on that, but the rest looks pretty great.

What color Bohrok eyes do you think would work well?

What color Bohrok eyes do you think would work well?

Usually the highest contrast color is the one on the opposite side of the color wheel. 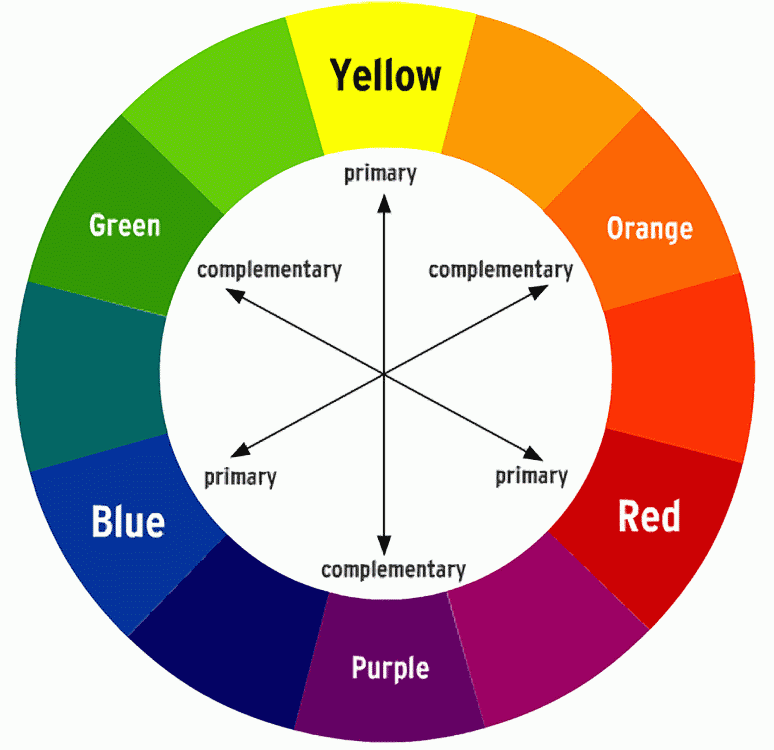 Ideally you’d want trans purple, but those are very hard to find. So trans regular blue should work fine.

this looks pretty cool, though you should change the topic category from LEGO: Bionicle to Creative Content: Lego Creation.

Pretty cool, Tho it could have more of a definitive face.

Great MOC, but not really a fan of the way you made the head.