Ok, maybe it’s not THAT interesting, but I thought it was cool. These two are set in a universe where the Toa Mata die fighting Makuta (It’s the Reincarnation Continuity).
So up first, pre-death Pohatu Mata! 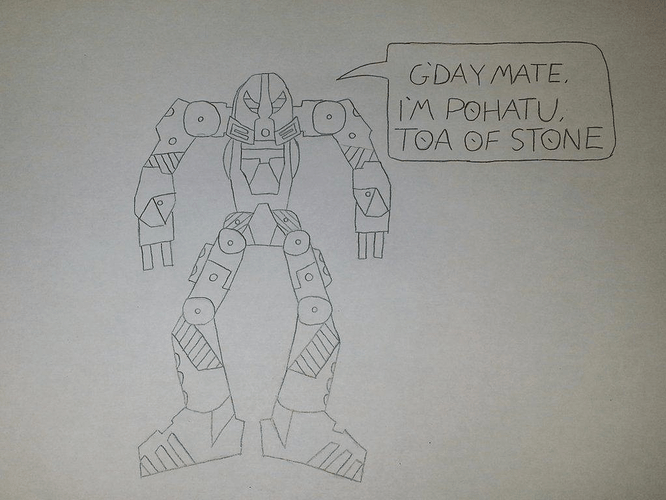 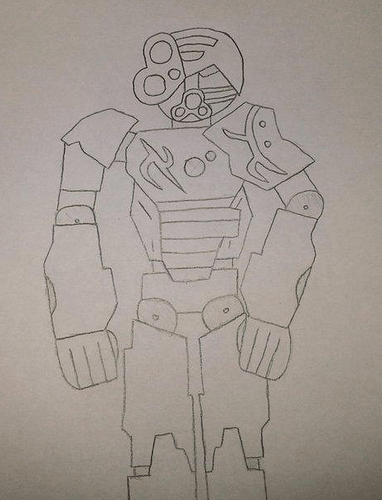 Pohatu as austrailian?? That actually works quite well, I’m surprised they didn’t make him austrailian…

@RaggedClaws
Actually, they did, watch his character short, you’ll hear his australian accent.
@RubikiaOfStone
That Matoro looks nice, that really could be his CCBS design

Well, the boomerangs and the Cockney/Australian accent make it seem as if Lego was trying to go for an Australian theme for G2 Pohatu.

The boomerangs yeah, but it’s not even close to an Australian accent…

Pohatu as austrailian?? That actually works quite well, I’m surprised they didn’t make him austrailian…

Wot you talkin bout? Ei is an aussie!

Well, first things first, if Pohatu were supposed to be australian, he would sound a lot like the standard LEGO australian accent, such as Nex or Surge (IFB) from Hero Factory. However, since it’s all one guy, it could be the case that he actually can’t do an australian accent. Except, when you compare the clip to someone like Ray Winstone who is not australian, It sounds very similar. But when you compare it to someone who IS australian, then you can clearly see Pohatu is not australian. One last thing to add, which is very important, Australians will always add an upward inflection to the end of words and sentences. No where in the clip does Pohatu use upward inflections, instead he uses downwards inflections, which is most commonly found in an english accent.

Now, of course, the boomerangs and the desert theme kinda hint he would be australian, but from the evidence, this is either a really bad impression of an australian or he is english. I will say this, some people (mostly americans) do confuse an english accent with an australian accent. When I was in New York back in 2012, I obviously had some encounters with americans. Now, my accent is a standard english, surrey (almost identical to Viper’s accent). Now as you know, Viper is not australian. So, when I spoke to them, the first thing they said was “Are you australian?” to which I replied “No, i’m english.”.

So, from this evidence, I’m pretty sure this is an english accent. Plus, as I said, I’m english myself! I go into london on a regular basis and they all sound like Pohatu!

Well said mate. Well said. I remember talking with a few Australian scouts in New York about how they’re always confused for being English XD. I think that the voices will probably clear up in the future, because it seems as though they only have one voice actor working on it. (Shame really) Hopefully in a year or so we’ll know =P

Thanks mate and yeah, that’s so funny!

Y’know, as much as I like english Pohatu, I kinda wanna seem him properly australian

bad impression of an australian

Pretty sure this is the case unfortunately.

What makes you say that?

I don’t know, I just got the impression that the VA was trying to be Australian for some reason