So, I like to draw and stuff. And I was like, “Hey, there are a lot of people who do sketch dumps on the TTV MBs. Why don’t I do that?”

So I did that. Hopefully I’ll update this topic every once and a while, but I might forget.

Either way, starting off I have a ton of stuff that I’ve drawn over this recent school year. Some of the pictures are older than others, so there might be a big difference in quality between some of the pictures.

A humanized Lord Business. Because why not? Normally I really don’t like the idea of humanizing certain characters, but I wanted to see how I could translate Lord Business’ armor into something a normal human fleshling could wear.

A picture that I’m very proud of, it’s Samus in her Varia Suit, based off of the design from Metroid II and Super Metroid.

A rather rude Bulborb interrupting a Red Pikmin’s workplace.

The little tube that THE BABY was kept in at the beginning of Super Metroid. Jeez, the glass tubes in Metroid must be made out of the weakest glass, they always end up breaking, and whatever was in them always ends up escaping.

A battle between Ness and Jeff and a Starman, in the style of the actual battles from Earthbound.

How Bionicle ended. Admit it, this is exactly how it happened.

Makuta in his void form from MNOG.

Durge, the awesome bounty hunter from the 2003 Clone Wars series.

Drawings of Samus and Ridley based on their sprites and artwork for the original Metroid for the NES.

Ness and a Flying Man from Earthbound.

A currently unfinished picture of Makuta, based off of his appearance in the movies.

A very quick sketch of Gali, Master of Water.

The basic Chozo Power Suit, based off of the design from Metroid II and Super Metroid.

Also, sorry if the pictures are too small, I had to embed them from flickr because they weren’t uploading for me, for some reason. If you click on the picture, it’ll take you directly to the flickr post with a larger version of the picture.

more people who are better than me at arting ;_;

It’s so…beautiful. I love the “PK THUNDER” one.

These are really good actually. Especially the Metroid Ones.

“So are you gonna join me, or naw?”
My favorite outta the bunch!

the art is good

but the lines, they hurt me.

I’ve been trying to find a sketch book with some completely blank paper, but I’m having trouble finding a size that I like. One that’s not too big, but not too small.

Oh no! Anything but spooky starman!

Can I have de pizza plz, b0ss?

You got some great stuff here Spencer! Lines bug me, but we can’t do much about that.

Lines bug me, but we can’t do much about that.

evil laugh Oh, there is so much we can do about that. 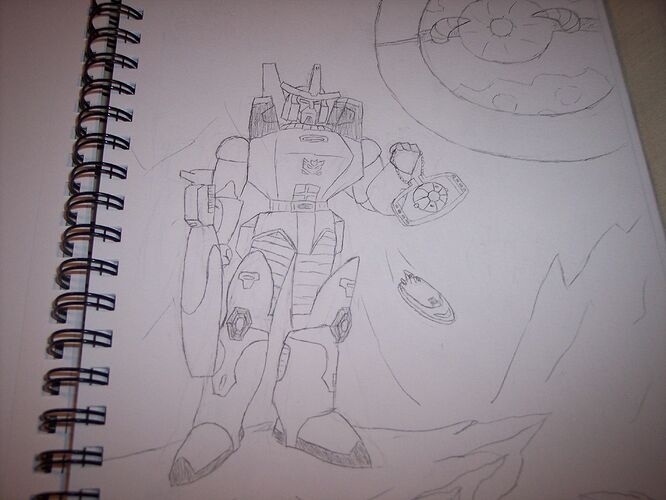 Here’s a picture of Galvatron that may or may not be done in terms of sketching. Who knows if I’ll actually color it. 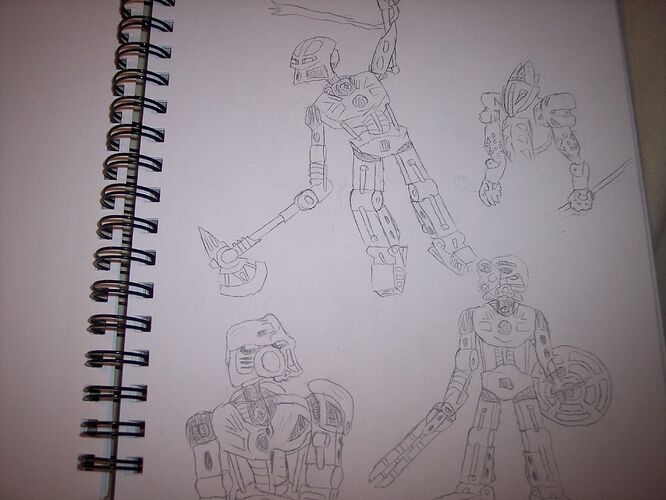 Some sketches of the Toa Mata. I really like the picture of Tahu transforming into a Nuva. 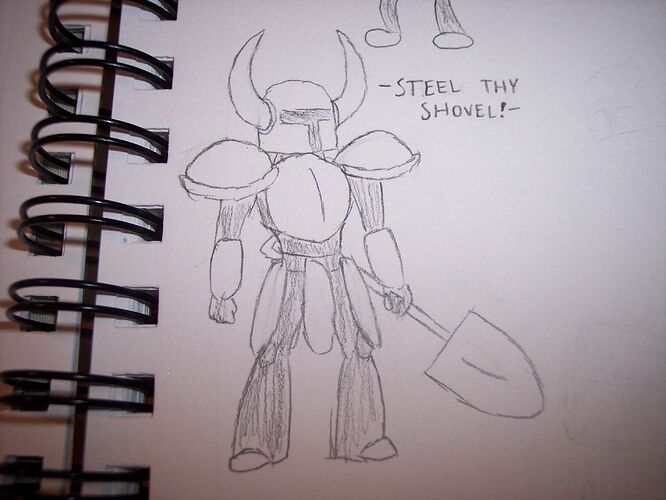 Shovel Knight!
(By the way if you could just drop on down to the [Smash Bros Fighter Ballot][1] and vote for Shovel Knight that would be great) 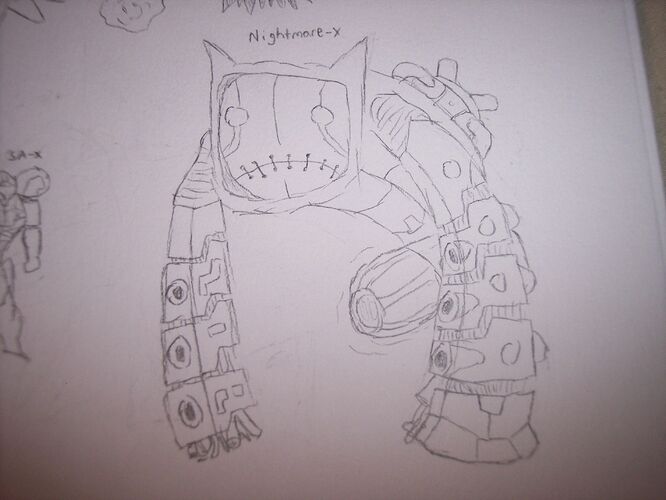 Nightmare-X from Metroid Fusion! If you haven’t played it already, you definitely should. Actually, that kind of goes for all of the Metroid games. 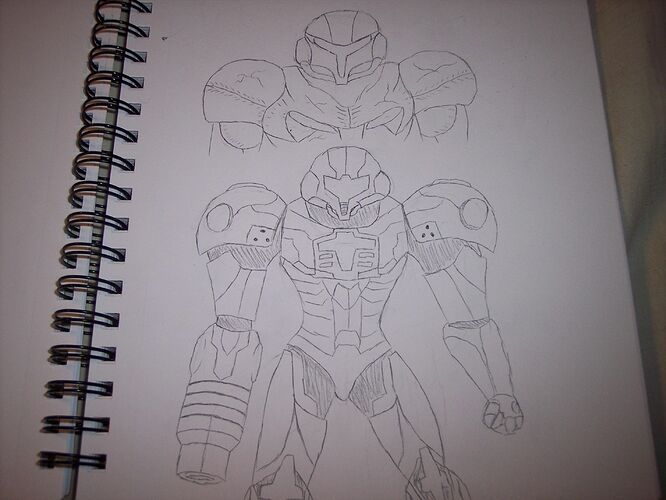 Me and a friend recently played Metroid Prime 3 and I decided to draw this because why not. 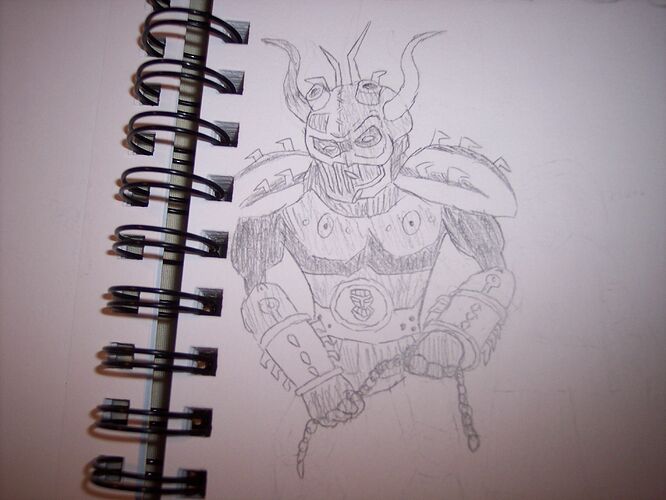 Karzahni. Started out just as a sketch of the Olisi, but then I decided to draw Karzahni himself. 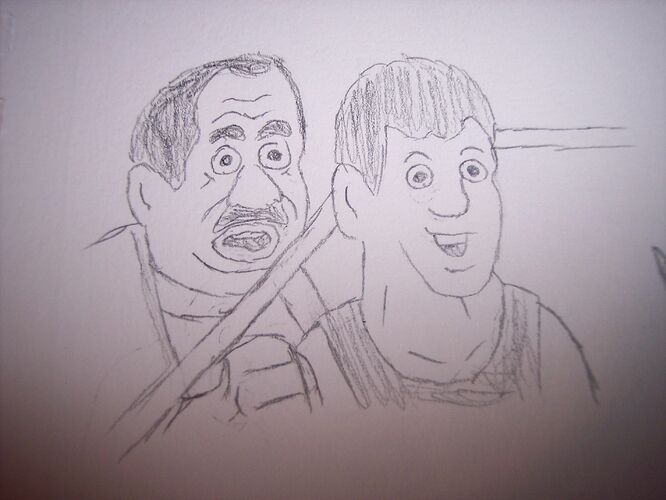 Little Mac and Doc Louis from the original Punch-Out!! for the NES. 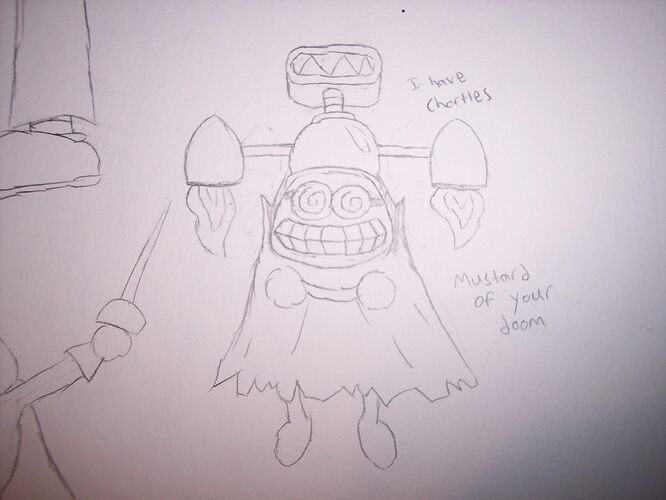