If our characters don’t get paired together to scout out the Droid base I will be very disappointed.

I’m just a little wary of giving one PC such power over other PCs right from the get go.

have you seen how my character is likely to treat the others at times?
(I will do my best to balance such interactions and give them reason, not just being rude for the sake of being rude. I also will intentionally leave some openings for really good retaliation)

There’s a difference between a negative personality trait and hierarchical power over the other PCs, I would think.

There’s a difference between a negative personality trait and hierarchical power of the other PCs, I would think.

Yeah, basically this ^. Having your character act like a jerk to another is fine, because the other character can retaliate no problem, but that’s a little different if one of them is a higher ranking superior. This isn’t to say I don’t want any PCs being powerful, or even having commanding positions, I just want that dynamic to come naturally among the clones, as apposed to one starting out at a higher rank than the others.

Having your character act like a jerk to another is fine

I just want that dynamic to come naturally among the clones, as apposed to one starting out at a higher rank than the others.

It’ll depend on how well people can write/play in the RP, imo. If the characters can be naturally lead into the direction of leadership while fitting with their core traits and personality, that’s good writing and I think it should be rewarded.

My advice would be to give Saddle and the rest of the crew a little while to survive before Duke starts calling anyone deputy, althouh my character who doesn’t give a backside of a bantha about any of the clones as people should definitely be the one thrust into high rank and forced to make moral decisions

Pessimistic racist nihilistic surgeon robot who considers the clones lesser life forms than himself who is also a mass-produced creation based on an original design but only holds himself to a higher standard because of computing power, yes that’s him

put that on a name badge

put that on a name badge

And by gosh, make him a captain./s

I based Saddle’s position after real life — in specialized CBRN Tech Escort units like the one that I work with IRL, “platoons” are actually squad-sized elements that consist of 4-9 men despite being led by a Lieutenant or even a Captain. Although Saddle holds rank, the actual depth of his command would have been equivalent to a squad leader. Furthermore as you can probably imagine, in survival situations like this one, a person’s natural leadership talent will quickly determine whether people follow his lead rather than a legal obligation to follow orders — nobody’s getting court-martialed on Zoma V unless they’re able to leave the planet alive, and that will require teamwork.

Thanks for making him a squad leader, in Star Wars cannon, being a platoon would leader would have put him in charge of 36 men, so shaving it down to 5 or so is a lot better. Though I can’t promise he’ll end up as Duke’s second. One last question, how advanced was Saddle’s advanced training?

His training would have entailed deep reconnaissance, going ahead of the 41st Scout Battalion to obtain information on the enemy by penetrating their lines for days or weeks at a time. As the Scout Battalion was already an entire battalion dedicated to reconnaissance for the entire 41st Elite Corps, performing reconnaissance in advance of their operations would have entailed sending his team to a CIS-held planet without support to obtain information and then leave.

However, as much as his training is dedicated to deep penetration, Saddle has normally done so with a team of other clones with the same training, they had better equipment (like BARC speeders), and their job was to avoid enemy contact. Completing a mission to assault an enemy position under these circumstances is entirely new to him.

Alrighty, in that case, Saddle is approved, and the sign ups are now closed! The main topic should be up sometime soon.

The main topic should be up sometime soon. 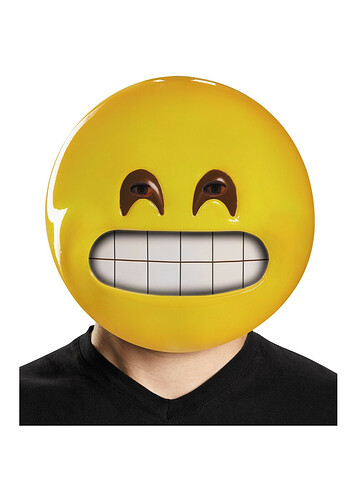 Goodness, I didn’t even notice the eyes at first 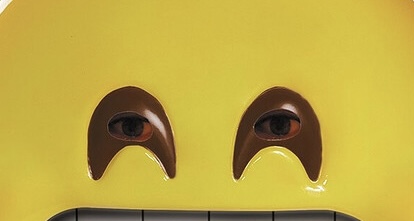 Ghid, what did I say about getting into my collards?

They’re for Vegas only.

and here I am stuck with Premiere Pro

EDIT: I made an edit 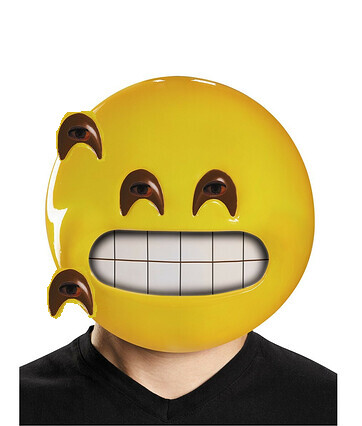 If our characters don’t get paired together to scout out the Droid base I will be very disappointed.

I just realized both our characters – and Bravebird – were also in the 41st Elite Corps before being assigned to Midnight Company. The 41st was admittedly a massive unit, but it’s totally possible that our characters might know each other from before.

Legacy was also a part of Lightning Squadron under the 91st Recon Corps (and an ARF trooper, who specializes in recon like Quips and Saddle). Looks like we’re a recon-heavy squad, lol.

Legacy is a bit more of straight up mechanized cavalry than recon nowadays, though he could still be of some use for scouting.

Edit: I did update the character list to include Saddle

Appearance: A tall man with a robust build, Viego wears a thick, dark brown robe over slimmer black robes, with slight gray accents, and a pair of clone gauntlets with a built in comms device. He has icey blue eyes, and a head of shortly cut, gray, somewhat receding, hair. (Honestly, because I ended up naming him Viego, I basically just picture him like current Viggo Mortensen).

Specialty/Abilities: A skillful tactician and adept duelist, Veigo Norr always considered him more of a marshal Jedi, finding more success out on missions rather than meditating in the temple. He is a competent force wielder, but would sooner rely on his lightsaber than his more mystical abilities.

Weapons/Equipment: A blue lightsaber with a gunmetal, utilitarian hilt which is slightly longer than average. A pair of binoculars, and some spare pouches around his belt with some rope, and a fire kit.

Personality/Weaknesses: Practical and level headed, Viego Norr won’t rest till a mission’s complete, whatever the cost. While not a harsh general, defending those under him is not always his main priority, especially if it comes between him and the task at hand, though he is noticeably protective of his padawan, Tesz. Clearly possessing a soft spot for the young jedi, even if he does push her at times.

Backstory/Previous Experiences: The middle aged Jedi, Viego Norr, found he was surprisingly suited for life in a galaxy at war. Rarely working alongside clones, Viego was often sent on assignments to aid and organize rebel groups on Separatist controlled planets. Proving himself as a competent general and master, Viego watched with pride as his padawan Tesz Nel’Sha grew in strength and skill over the corse of the war.

Appearance: A lanky zabrak girl, with simple, geometric line tattoos running across her body, Tesz wears a slightly oversized tan robe over tight-fitting, sleeveless, rust colored robes, with tan wraps running up her forearms and shins. Tesz has inquisitive green eyes, and she keeps her black hair in a long ponytail, while a crown of short horns runs around her head.

Specialty/Abilities: While she posses passible skill with her blade, both Tesz and Viego would tell you her strength lies in the force. She boasts a surprisingly strong force push, and is quite in tune with the force for one her age. She also has some survival skills along with some experience with a blaster, both passed down from her master.

Weapons/Equipment: A green lightsaber with engraved wooden paneling running along the silver hilt. A scavenged DC-15A rifle minimized down but cutting off the long of the barrel, and attaching a sling on it.

Personality/Weaknesses: While nervous and lacking self confidence, Tesz Nel’Sha still possesses an earnest heart and an inquisitive nature. With her knighthood trials fast approaching, she still doubts her own skill despite her training. She loves and respects her master, often balancing out Viego’s straight forward, militaristic view with that of her own, more discerning, empathetic personality, and reliance on the force. She is wary of others, especially since she does not consistently serve along clones, or others in general, aside from her master. But those who do earn her trust, she protects with a seemingly uncharacteristic ferocity

Backstory/Previous Experiences: Inducted into the Jedi order as an infant, Tesz has always applied herself to her studies with varying success, often finding the most solace in her connection to the force. It was no coincidence when the Jedi Council paired the young sensitive Tesz, with the pragmatic veteran Viego. The two soon grew beyond master and apprentice, more akin to father and daughter. Harrowed by the war, Tesz struggled to adjusted to the new life, never quite growing calloused to the horrors so liberally caused by it.

I just wanted to get these fully written up and out of the way before we start. Expect the main topic to go up maybe sometime later tonight.