Important Update: The video showing the sets has been made private. Luckily, I did take a screenshot of every set. However, I am going to assume that it was taken down by request of LEGO or Lucasfilm, so I will refrain from posting them here. If you ask, I can PM you any pictures. For now, I’ll just try my best to describe them:

75099 Rey’s Speeder- The boxy maroon speeder we saw in the first trailer, ridden by Rey through the desert. It comes with Rey and an unknown character, whose name I can not make out due to the resolution. What I can make out is U____ Thug.

75100 First Order Snowspeeder- A somewhat rectangular landspeeder, with a mounted gun on the front and two of the six-stud shooters, one on each side. It is an odd shape, kind of hard to describe. This set comes with two Snowtroopers and a Snowtrooper Officer.

75101 First Order Special Forces TIE Fighter- Very similar to the original TIE, but it flips the black and grey, so its wings are primarily grey with black highlights. The cockpit also has much red around it. The minifigs are especially hard to make out, but it appears to have an imperial officer, a TIE pilot, and two dark-armored figures (possibly shadowtroopers?)

75102 Poe’s X-Wing Fighter- This is the updated yet familiar X-Wing design from Episode VII, except that it is ORANGE AND BLACK. This is my personal favorite from the wave. The color scheme looks pretty schway. It comes with BB8, Poe, another rebel pilot, and what appears to be a Sullustan mechanic.

75103 First Order Transporter- This is in the thumbnail, best described as a WWII landing craft but completely enclosed and grey. It comes with Captain Phasma, two Flametroopers, two Stormtroopers, Rey, and Poe.

75104 Kylo Ren’s Command Shuttle- We actually saw a leaked photo of this a while ago, and it hasn’t changed much. It has a boxy middle cockpit area with two very long wings standing straight up. It comes with a named imperial officer, an unnamed one in a black uniform, Kylo Ren (with crossguarded saber), Stormtrooper officer, and two imperial crew.

75105 Millennium Falcon- Pretty standard Falcon. Not much has changed other than small detailing, though the satellite dish is now rectangular rather than round. It comes with Han, Chewbacca, Finn, Rey, BB8, and two other figures who are might be pirates of some sort. They wield muskets.

So, that’s it. Again, let me know if you want me to send you pictures. 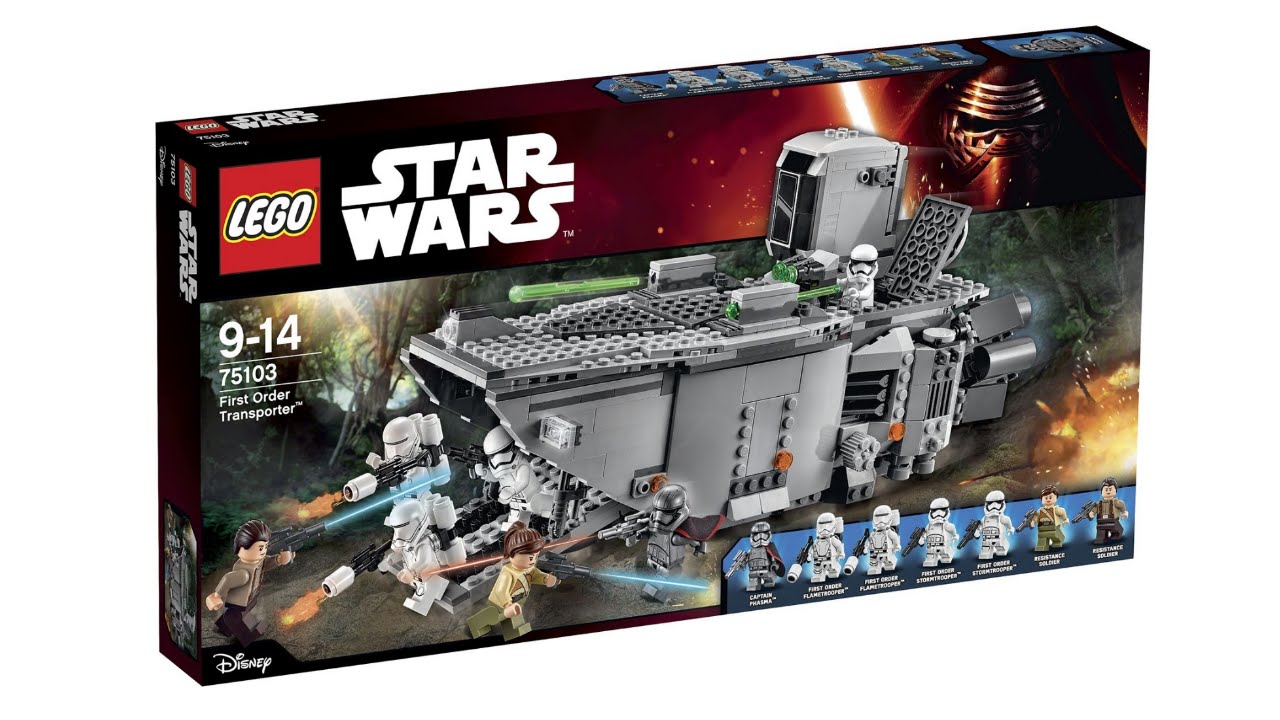 Finally, we have high-quality pictures of the entire wave.
I am impressed by this wave. Orange and black X-wing, imperial vehicles… All looks great in my opinion. I especially love all of the Stormtroopers, Captain Phasma, and even Kylo Ren. For those who care about Star Wars in general, what are your thoughts on the sets?
14 Likes
Random_great_being August 15, 2015, 12:28am #2

Wait… You saw these in a store??? What region of the world do you reside in, if you don’t mind me asking?

I need to find these… NOW.

These look SWEET. The only nitpick I have is that it appears Kylo Ren’s Transport just has collapsible wings.

i love them all

I love all of them, and I will definitely buy them all as soon as possible. Even with the $600+ price tag for the whole wave…

Oh well. I’ve spent more on LEGO in the past.

if I had more money 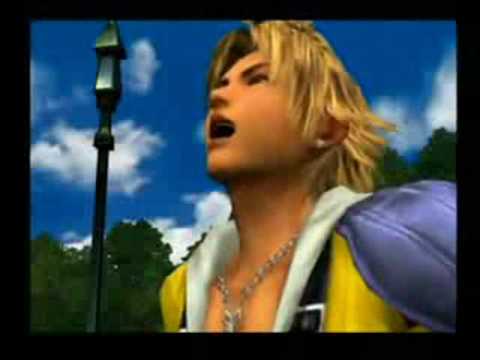 While I’m not an avid Lego Star Wars fan (far too many copies) I’ve always found it amazing that we get information about movies before they’re released from Lego. Like, its not a lot, but its enough to get a general gist of what happens. If I remember right, this happened with Harry Potter, Indiana Jones, Jurassic World, and now Star Wars.

Yep, he just changed it to that. I can PM you pictures if you want, I just don’t want to post pics publicly because I’ll probably have to remove them.

Actually, the original Lego Star Wars came out a month before Revenge of the Sith despite spoiling all the major plot points. XD

Official images can be viewed here;

Are These the First Official Images of the Lego Star Wars: The Force Awakens...

Twitter feed Star Wars Forever has somehow managed to dig up what appears to be official box shots for seven of the new Star Wars: The Force Awakens Lego sets that will presumably be available ahead of the film’s release in December.

Only one i might get is the First Order Transporter, it can become a home to my Ultron Army :3

I’ll definitely get the Falcon for Old Solo and Finn, and maybe Kylo Ren’s shuttle although his helmet looks terrible. They should’ve done the mask printed on a head and then the hood over it, similar to the Revan mini fig that came out on May the Fourth a few years back. The new X-Wing and TIE Fighter seem to be extremely similar to the ones we got in 2012, which is disappointing. The land vehicles we have both look great and feel like something new, and First Order Transport not only has great figures but the set itself looks pretty nice.

Actually, the original Lego Star Wars came out a month before Revenge of the Sith despite spoiling all the major plot points. XD

Oh dude I remember that! I think I waited playing the third level until I saw the movie.

They should’ve done the mask printed on a head and then the hood over it, similar to the Revan mini fig that came out on May the Fourth a few years back.

Actually, I think they did. The actual head piece underneath the helmet might have the helmet printed on, so that you can put the hood on and have him look normal.

I wouldn’t say “terrible”. Inaccurate? Sure. But honestly, I don’t see any other way they can do it and have it look half decent.

I wouldn’t say “terrible”. Inaccurate? Sure. But honestly, I don’t see any other way they can do it and have it look half decent.

Feel they should have made a new handle pieces - instead they kind of just gave him a sword with a black handle. I know light sabres are inspired by swords, but it feels awkward for me when its an actual sword piece.

Plus i have no doubt that one of those pieces is going to be cut off in the film, so it’ll be difficult to replicate when/if that happens.

So as a big LSW fan here are my thoughts.
Speeder-I hated this craft’s design since the trailer and Rey comes in other sets. I will likely skip this.

Snow Speeder-Grey. So much grey. The craft looks meh, and I don’t care for Snowtroopers. Next.

X-Wing-I really like the colors, the turbines look cool, and the rebel figures look good. I was expecting the blue one J.J teased a while back, but this is great. We also get the overrated football. I will be getting this for sure.

Tie Fighter- It’s a Tie fighter. The red is a nice change of pace, but the wings look a little oversized. The officers look nice, but the pilots are just okay. I will probably go back and get this later.

Troop Transport- When the rumor list came out, I found this meh. But this is a grey set that actually looks good. There is a good variety of first order troops, and we get a pair of rebels. The lander design is cool looking, and it seems to be well built. This is the underdog set for me.

Kylo’s Shuttle-Kylo’s figure and lightsaber look off. The other first order troops seem to be put in there to justify the insane price. The build looks samey, the colors are bleh and It just has that a ton of plates slapped together look. I mislike this set and will skip it.

Millennium Falcon- OMG Han and Chewbacca! The build is par for the course for Falcons, but I never got a Falcon. This is the only set with Finn and it also comes with Rey. The two other figures are a bonus even if they spoil a scene a little. I need to see the interior, but I will 100% get this set.

Overall-I will get the X-Wing, Falcon, Transport and maybe the Tie. They all seem like solid sets, if a little on the big side. The small sets were dissapointing, and Kylo’s shuttle is a mess. I notice that most of what I like are the remade crafts and I hate on the new crafts, but I think I just dislike the first order aestheticly and also dislike their prominence this wave.