I liked the first two seasons of the Mandalorian, but now Mandalorian season 3 Book of Boba Fett took all the interesting plot threads from season 2 and resolved them.

I haven’t been keeping up with the news…heck I haven’t even finished watching the first episode yet. From a quick Google I see he made a statement condemning racist messages that some toxic fans sent to one of the co-stars, is that what you mean by ‘political’ messages?

Also for my two cents on the the show, uh I watched the first 5 minutes maybe? Uh, I’m glad there’s all the practical sets and stuff, guess I liked the Main Inquisitor’s monologue in those first minutes. I’ve liked parts of all the live action shows so far, they all have episodes or moments that have made them worth watching, although I really really wish they’d make more stories not featuring existing characters or not with such big stakes if that makes sense.

Like imagine a show about Joe, the freighter inventory technician and his dull as dish water job of inventory management.

although I really really wish they’d make more stories not featuring existing characters or not with such big stakes if that makes sense.

That’s what the Mandalorian was/is. Just a Mandalorian Bounty Hunter trying to protect his Jedi child.

Sadly only the mandolorian is like that and actually good. The movies were terrible and now they’re creatively bankrupt only surviving on nostalgia.

But then they added existing characters and thrust Mando into a bunch of bigger things. Though to clarify I still enjoyed it, just would have been nice to keep the feeling of the earlier episodes where it was sort of smaller stakes and still felt like a grey character.

You’ve raised good points and I’ll have to actually watch it first to reach my own conclusion.

Like imagine a show about Joe, the freighter inventory technician and his dull as dish water job of inventory management.

Well, I get your point, but this seems to swing too far in the other direction. There’s basically no stakes here outside of Joe’s personal involvement with his company, employment status, and life. Without some kind of rogueoneelement, you have a completely serious version of The Office, which in a franchise all about hyping things up to an absurd degree will leave many people scratching their heads as to why it got made.

Like, that’s something not exactly promising rolls of cash in return. Known characters returning and high stakes is a guarantee for an investment return on the scale of billions of dollars. I think that’s more an issue with modern media than star wars, though; rebooting an old franchise for some quick cash is a way more financially safe option than a risky new idea that might completely alienate people. If done right, it could be fantastic, but uh, Star Wars hasn’t exactly done a lot of things right lately.

Well I mean they could still involve the larger plots we know. Like maybe we could get a series of what happened soon after episode 3 / order 66; how did the rebellion survive long enough to become that rival army we see in the movies?

Like maybe we could get a series of what happened soon after episode 3 / order 66;

Wait, it just occurred to me that this is sorta what Bad Batch is. Like Mandy, it’s focused mostly on minor characters, too.

I’ve heard a theory that Disney plans to remake the original trilogy.

The Original Trilogy will be remade by Daniel Espinosa starring Jared Leto as Luke Skywalker.

not gonna lie - i kinda wanna see that…

I can feel your Morbiness flowing through you, strike me down and your journey to the dimly lit side will be complete

Ewan McGregor is a celebrity with a net worth of twenty-five million bucks. He could bend over to tie his shoes and generate attention. At the end of the day, you paid to see the show so if you don’t agree with McGregor’s or the showrunners’ politics, cancel D+. I personally find this show rather redundant as the character’s story was already told after I left the theater in 2005 so I don’t have a D+ and I’d rather put that money towards a big lego set.

At the end of the day, you paid to see the show

I don’t have a D+ and I’d rather put that money towards a big lego set. 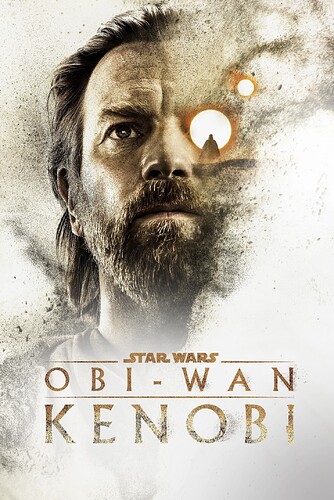 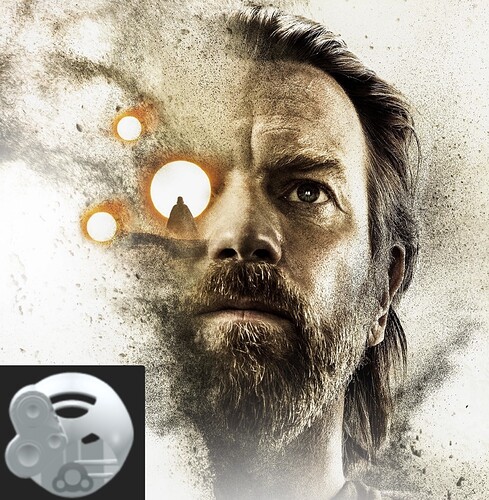 Also, you can get Kanohi from changing two letters in Kenobi…

I can’t believe Disney would do this again…

Or, better yet, Gonkatine. That would certainly be something.