Supernova of the X squad

A science prodigy, master of the Unknown and wielder of a giant white guts worthy blade used to dissolve molecules at an alarming rate, it’s supernova. 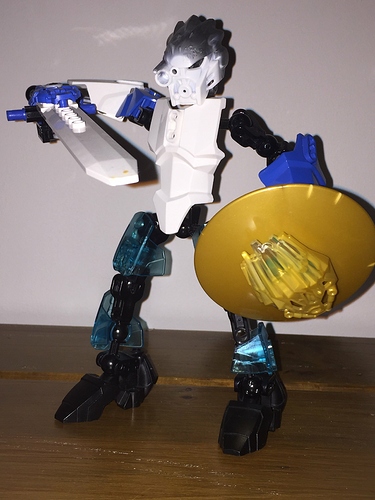 image.jpg2448×3264 1.09 MB
He also wields the gungdnirr shield, literally cannot be broken even by diarus (even though the shocking force of the attack could break supernovas arm) his armour is temperature and landscape adaptive meaning he can fight in any environment. 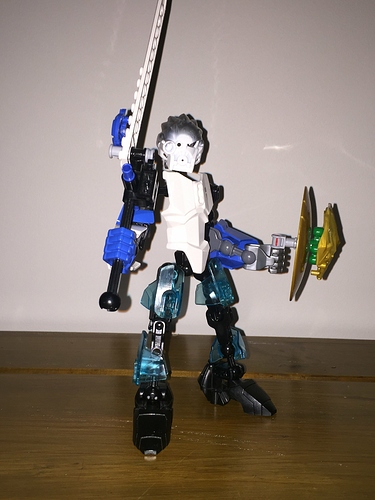 image.jpg2448×3264 1.14 MB
Besides that he’s just your average Toa Mahri, as in as strong as a barraki at least, he’s not super powerful around as strong as the zyglak or pit war tortoise at full power, also he doesn’t really fight with strength based attacks, hes level headed and like Leonardo thinks up a strategy before the battle he begins making a strategy for victory, most of the time it works however he can at times make mistakes and underestimate his opponent, 40% of the time actually. 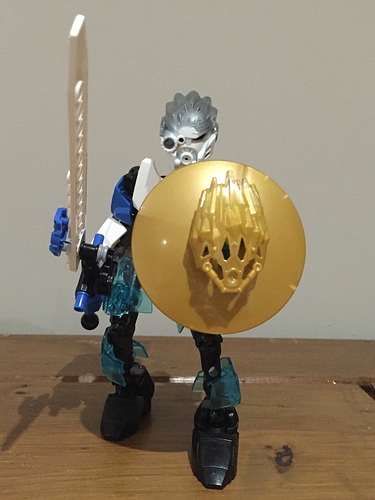 He’s basic. Just basic. All I see is a 2.0 hero. Not really all that interesting or good.

On another hand you got a lot better with power balance. Seems like decently made character now.

He’s kind of supposed to be basic, he’s just your average hero character he doesn’t have to be super overcomplexicated if that’s even a word, that is now a word that we will use, but anyway he’s basically the average medium sized canister set you would probably get if my series was an official Lego toyline, bionicle multiverse or whatever.

I’m not saying he has to be complex. There are ways of making a moc look basic without making it a ccbs skeleton with shells. My complaint was that this actually is just a 2.0 hero. Even if you were trying to make it the way lego would I’m sure lego would add somthing to cover up or make it look better judging off their current sets.

Any particular reason you gave him blue pants?

He’s kind of supposed to be basic, he’s just your average hero character he doesn’t have to be super overcomplexicated

Any particular reason you gave him blue pants?

I don’t think it has pants.

He also wields the gungdnirr shield, literally cannot be broken even by diarus

A logic to show that Diarus isn’t op

The users already criticized what im about to say, but I suggest adding something at the back since it seems blank-

like Leonardo thinks up a strategy before the battle

Leaonardo DiCaprio?
Leanardo DaVinchi?
Leanardo of the TMNT?
He is basic, I would like the see the G2 arms used as I like the way that looks.
Or is it Leanardo the cat?

He’s basic. Just basic. All I see is a 2.0 hero. Not really all that interesting or good.

I feel like he’s less than basic, in Hero Factory they gave them more armor than this guy. He’s just got a bare chest and lacking arms/legs. The sword is decent, its just that I think the blade could’ve been attached to the top of the piece that its currently attached to and the blue pins for the hilt don’t really work. The shield is good, I guess.