Today i would like to show you guys some random items and comics related to bionicle that are in my native language Swedish so for some of the more intresting things in them.
Disclaimer: Good guy will not appear in this review since he was not realesed in the swedish bionicle comics

Let’s start with the lego portion of this review cause honestly i think most of you wanted to know more about them. 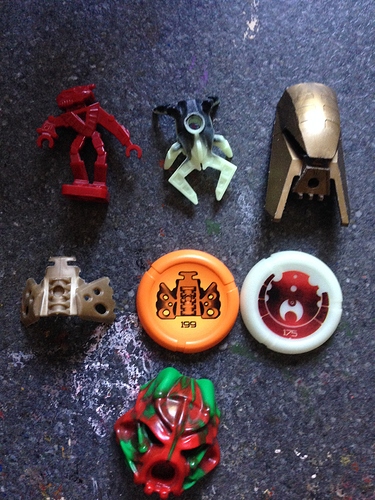 Fil 008.jpeg2448×3264 2.44 MB
Here we have them this iteams are nothing relly exclusive to these comics they are just there from some reason but i digress since there still is the 175 ta metru disk there which is quite rare also the infected hau is cool so thats a thing.

Unfortunally i don’t have all the issues they came with but here is a list of where you could aquire these.

While doing this review it was suprisingly very little information regarding these comics so i had to resort to mostly own knowledge and reasoning so this list is not completly accurate and as you can see i dont have the names for all of them either. As i said earlier i pieced this together with reasoning and my reasonig for these place ment is because the item you aquire from each issue is related to the comics synopsis more on that later.

Here comes the comic part of this review. 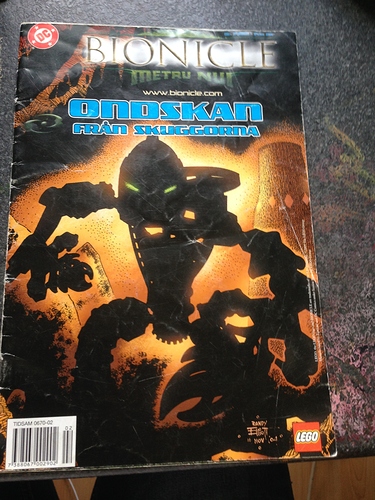 Fil 006.jpeg2448×3264 2.13 MB
The synopsis of “Ondskan från skuggorna” is mainly about the return to metru nui after “Legends of Metru nui” and how the toa metru became hordika it also makes refrences to the keetorange beast himself Keetongu. 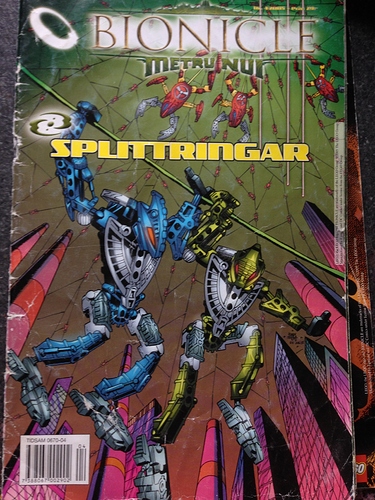 Fil 004.jpeg2448×3264 2.24 MB
The synopsis here is that while Toa Vakama, Onewa, Nuju and Whenua tries to get out of a pile of rocks that temporarely burrowed them Matau and Nokama spies on the visorak hoard where they finds out about Rodakas plans. We are then taken back to the rest of the gang who is to caugth up in arguing but they makr their way to Matau and Nokama to save the day. 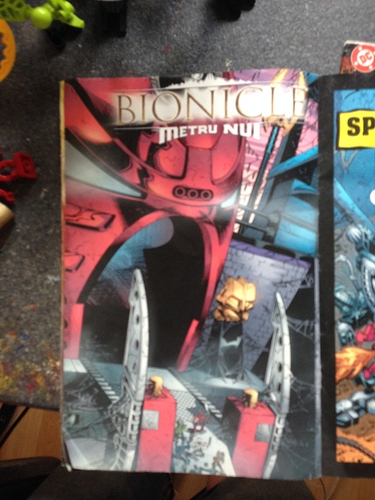 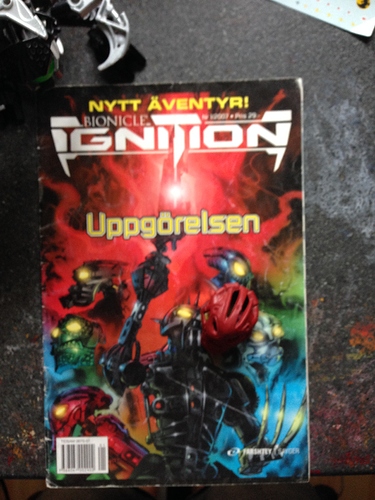 Fil 000.jpeg2448×3264 1.8 MB
So synopsis the inika storms pirakas stronghold, brutaka loses his powers gets them back, the toa inika travels down the chambers of life and defeats umbra. 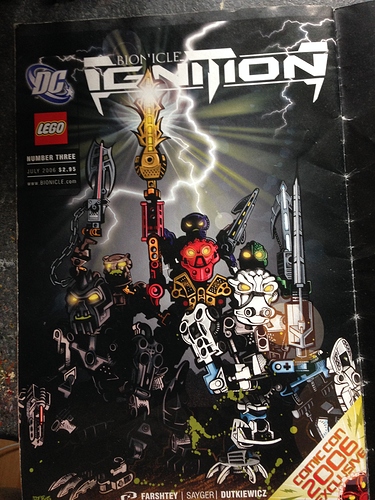 So here comes a bit more information about my reasoning. Because “Ondskan från skuggorna” is about the hordika i belive it is why they packaged it with a hordika Vakama figure. “Splittringarna” is mostly about the visorak thats why you would get a visorak minifig with this one. Since i think i have proven my point i don’t think i have to explain the rest.

Final thougts: So here’s the catch for what little story we in Sweden got i think ity is okay since they keep most if not all from their worldwide counterparts thou i would liked it as a kid if the books we’re translated to Swedish this way i probaply would not hate reading so much since then i would have had books i actually want to read but i digress since some of the items you got with the comics were fun to have. These comics gets a rating of 5.5/10 not bad LEGO not bad.
Extra pictures. 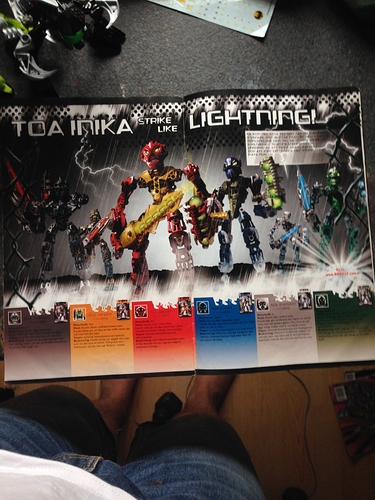 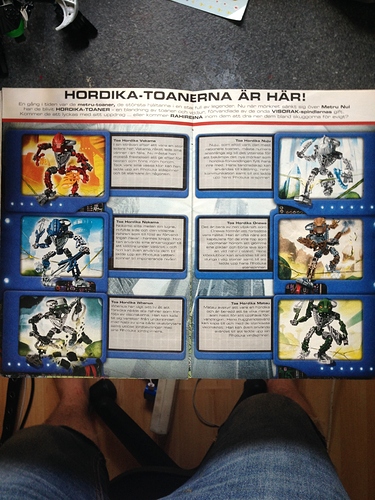 Talks about the toa hordika on these pages.

CC or other comments are welcomed.

Oh man! I love it! Its so wierd (and awesome) to see bionicle in swedish.

I did not even know that they translated the books! Thats cool

Oh, and the items are cool too.

Well the books we’re never translated exept for mol and the offical guide to bionicle but yeah they translated the comics and the board games to actually + some other promo related stuff.

What?! You are so lucky

You are so lucky

Hi! I’m also Swedish and I also got some of those comics you have, but most of them were already used when I got them and did not include any special item.
But I bought “Upgörelsen” who I think included a Toa Inika Jaller mask and a special issue that included three comics that covered the 2001- late 2002/early 2003 who included a Toa Inika Nuparu mask in a ICA store around 2006/2007.

Wow did not know of that one but here is a list from seriesam.se about the Swedish released comics but there is no sign of the issues you mentioned thou it is quite possible that there are more Swedish bionicle comics thou the ones i have and the ones on the list was all published by egemont so could you check the year the comic was released and WHO published it Whould be fun to know.

I found some information on this special comic. https://seriewikin.serieframjandet.se/index.php/Bionicle

The name/information of this special comic is:
“Bionicle – Extratjockt specialnummer! De tre första avsnitten i en och samma tidning!” According to the website it was Issue 2/2006.

Well i see then the infected hau nuva probaply came with 2003 issue 1 “sex hjältar, ett öde” the issue you mentioned was most likely the special issue i talked about so my bad. I think it be cool to gather more information about Swedish bionicle merchandise thou.

Yeah, information about Swedish Bionicle merchandise would be something interesting to dig into and it can be a chance that these special issues include some special items.

I can send a picture on “Bionicle – Extratjockt specialnummer! De tre första avsnitten i en och samma tidning!” when I have time to find it in my garage.

If you want, we can continue this discussion through the TTV messegeboard message service.

I wish those came along with my comics!