All credit goes to @BlackboltJohnson for being a sick lad and making a awesome Tahu thing and inspiring me to do so.

Here it is! Tahu Ignited! 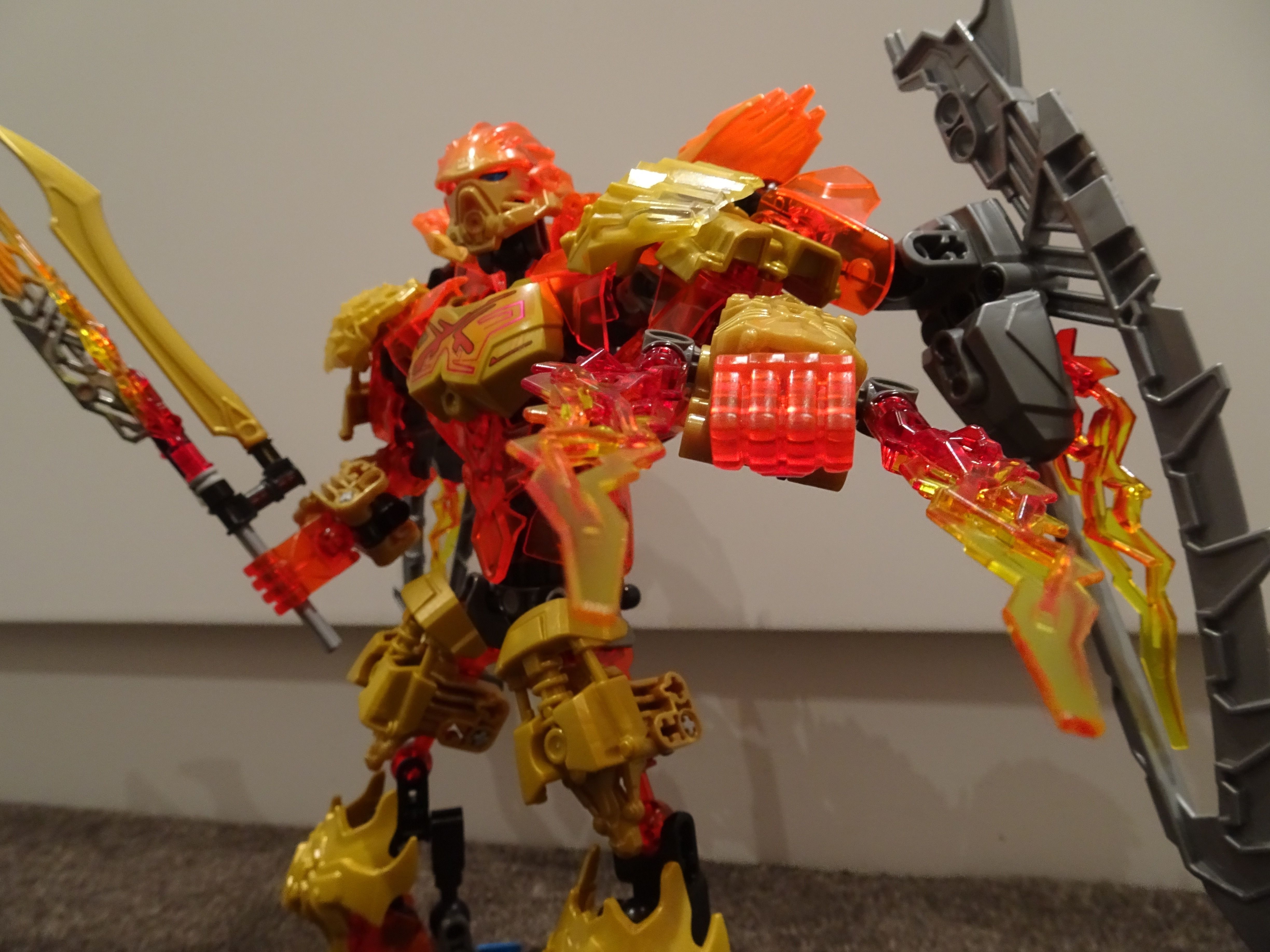 So… it has gold, red and wings. Not much else to say, so i’ll just roll the pictures. 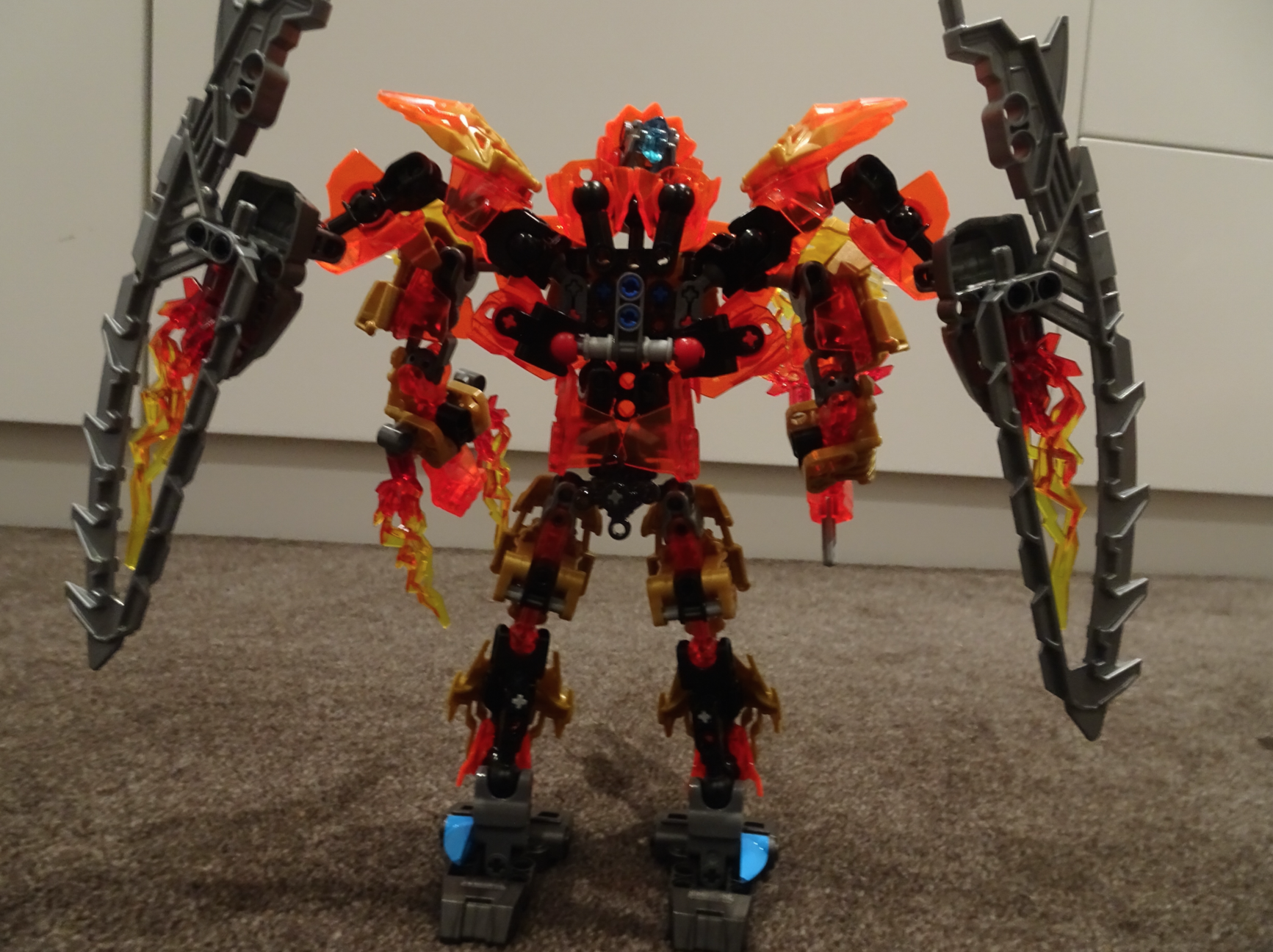 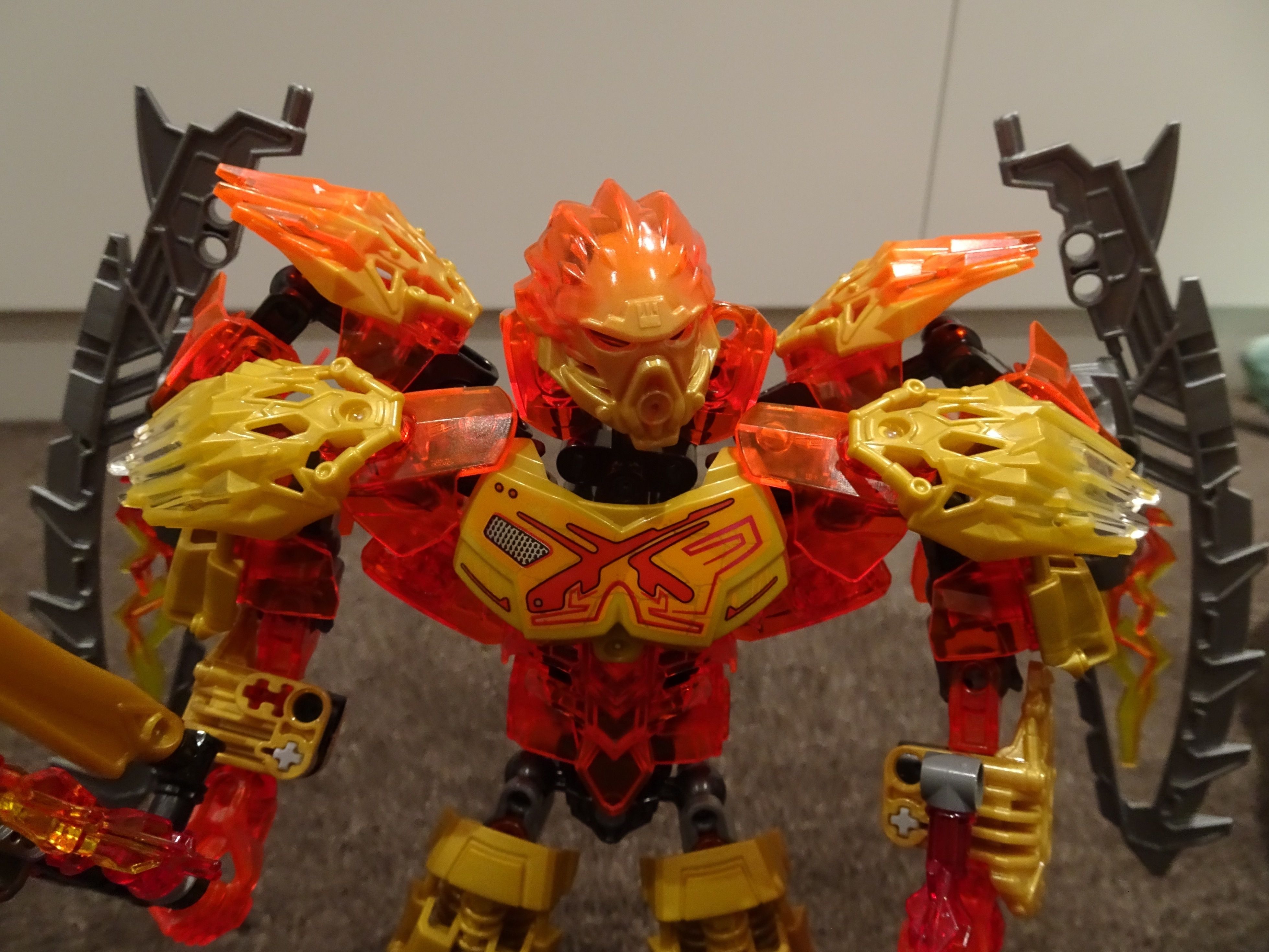 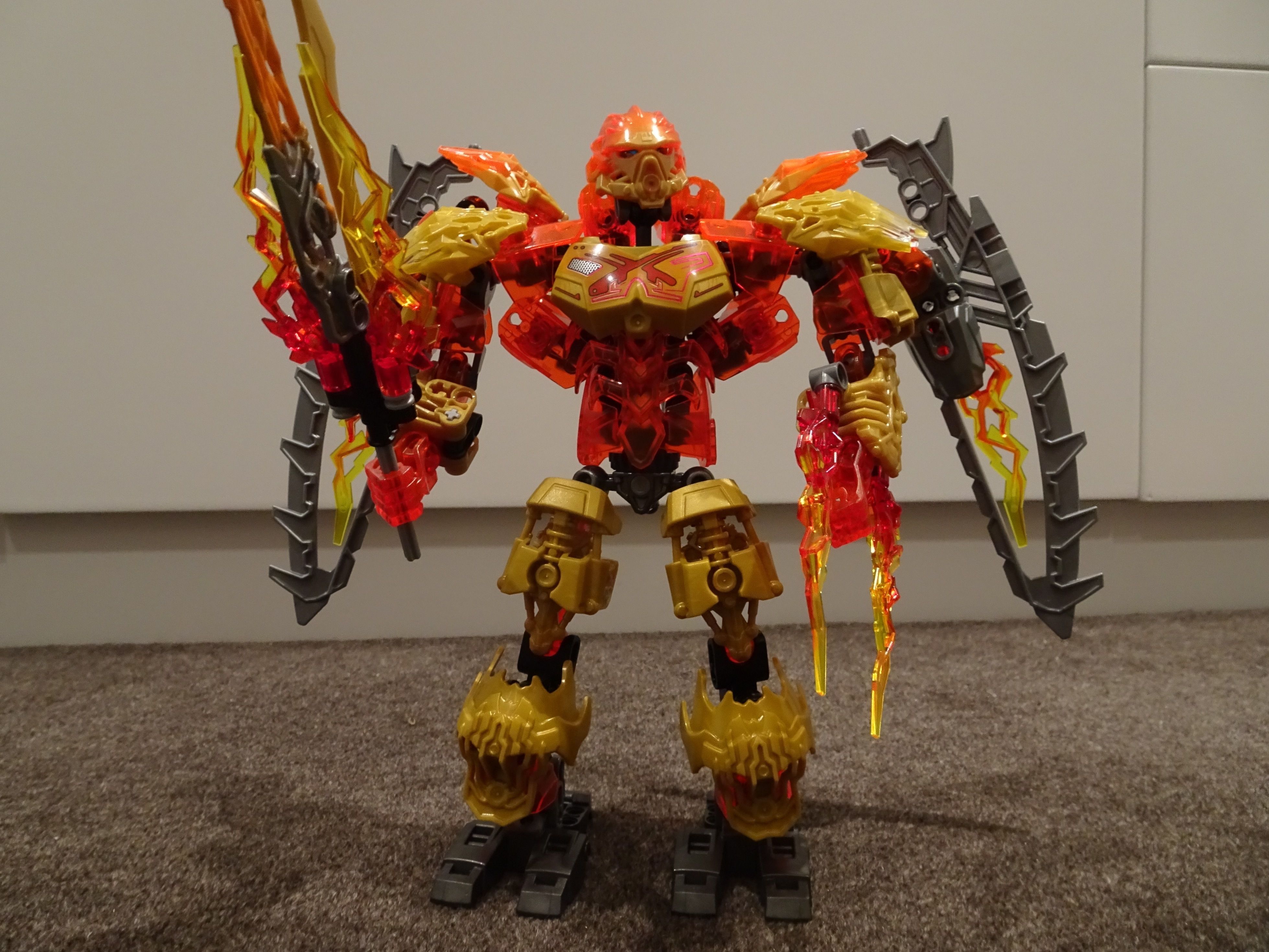 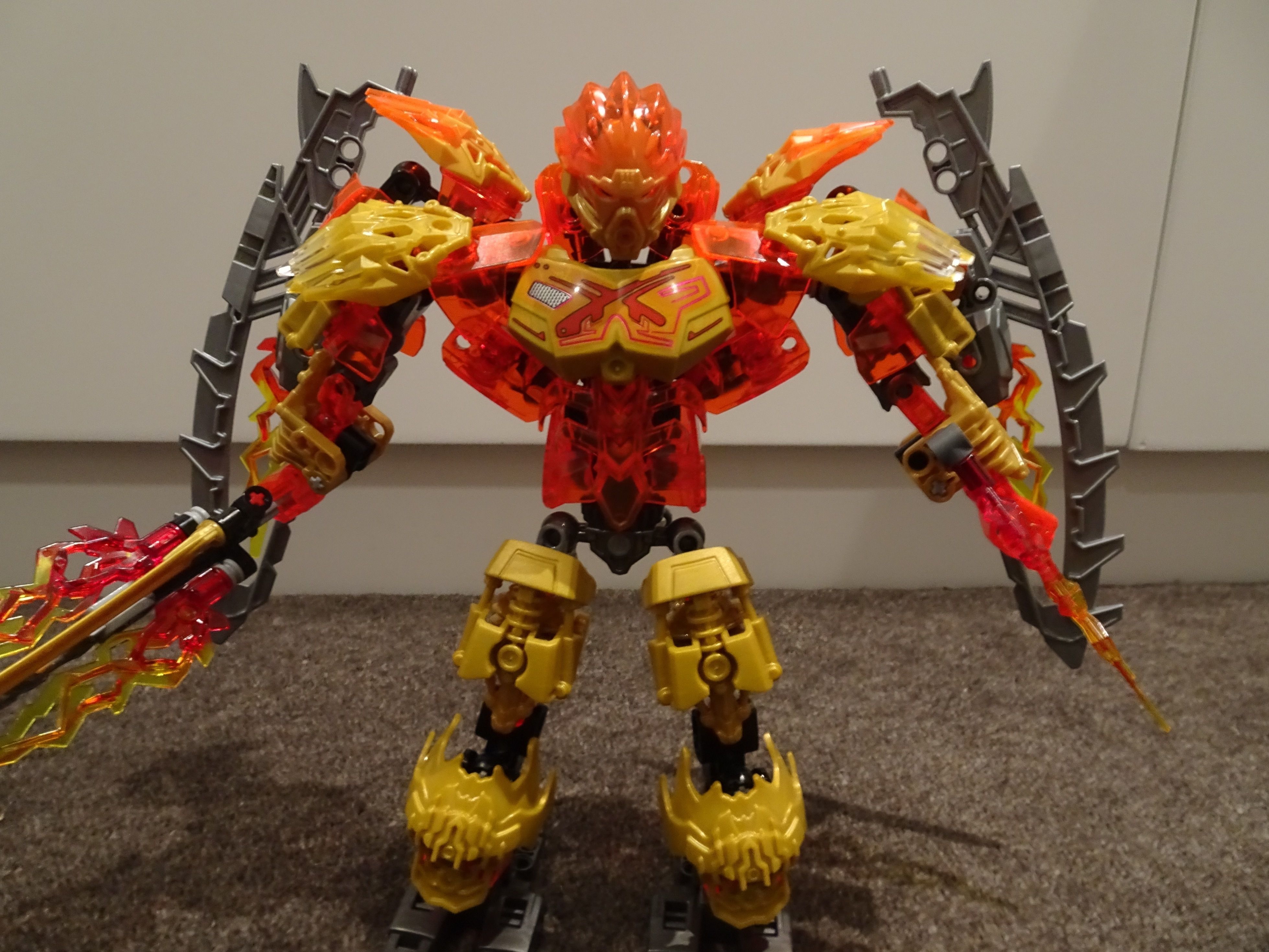 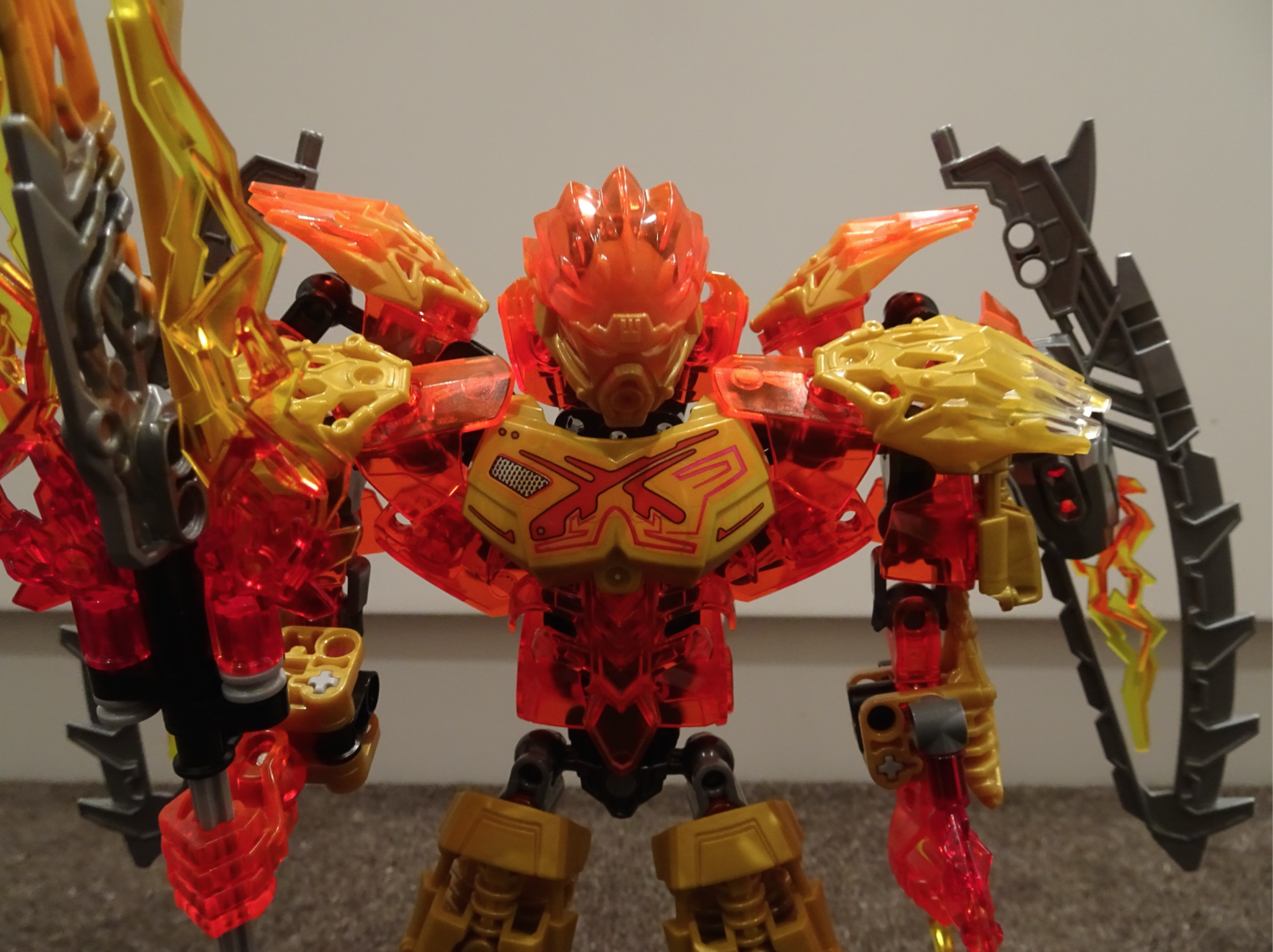 Will you go out in a blaze of glory, or fall to the embers of his blade?

Any comments/criticism are welcomed, and i hope you enjoyed this MOC!

edit https://board.ttvpodcast.com/t/tahu-of-the-ascendant-flame-final-form/20332 Forgot this at the start, but here is the post @BlackboltJohnson made.

The back looks really unfinished, but I like it from any other angle. Can he stand without the gorilla feet?

He looks kind of like a demon from the depths. Nice Job!!!

Nice! While the torso is a bit lumpy and bulky for my taste, I quite like this nonetheless! Good job!

Why the blue bohrok eye on the foot?

Yesss! This is awesome. I love the way you beefed up the torso with the trans pieces. And the shoulders pauldrons look fantastic.

I wonder if you added some trans colored pieces to the legs, if that wouldn’t spice them up a bit? The lower half of him is not quite as awesome as the upper half.

And thanks for using my MOC as your inspiration dude. That’s really cool.

really good, but the blue looks out of place

I never thought the skeleton ribcage would work on good guys

I have been proven wrong

@Leoxandar
It honestly is a bit unfinished. It’s either disassemble it and change up some pegs, which would be really annoying, or leave it. Guess which one i chose. And i think it can stand without gorilla feet, but not in too many ways.

@Rockho
It’s there to be a bit more Tahu like, as he has them too.

@Hutere_The_Toa_of_Air
@Rockho and @TheRed1s said this too, and i said its because it makes it more Tahu like, but to be honest, i might take them off if you three don’t like it.

@TheRed1s
As i said to Hutere, i’ll be taking them out now.

@BlackboltJohnson
I could certainly try to make the legs a bit more trans red, but i sorta noticed a pattern at the start and went with it. It seems that other than the gold plate in the middle of the chest, the chest is all trans red, maybe the source of his power, and the arms clearly have some red close to the chest, but then it gets phased out. I could try the upper legs, maybe.

@Middlefingerstudios
Im glad you like it. Check out the one i took inspiration from though, i think it might still be on the front page scroll thing.

You did really well with the colors, but it looks cluttered in the chest area.

I think there is too much trans on the chest, and that if you made some of the shells gold it would flow much better. right now the 2015 chestplate seems like a island of gold in the trans orange sea. other than that, it looks good

Thats uh, almost what i tried to do.
Its sorta like its where all his power is centred to, so it shows much more trans red than the legs and arms.

well, I can see that and respect that, but i think it would help if the top 2 shells were gold. But it’s just an opinion, so keep it however you want.

As in the two behind the gold plate?

the ones attached to the crystal armor add on

Ah! ok, ill try it now and take a picture.
(Its with my low quality computer camera though) 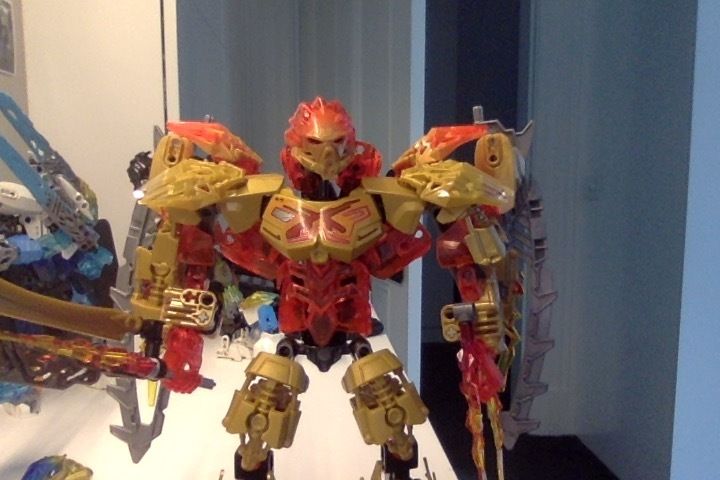 It actually makes it look really nice! It makes the shape of the arms a bit more defined too.
Thanks for the suggestion.

Wow, that’s really big looking, and it has a good looking build.

island of gold in the trans orange sea