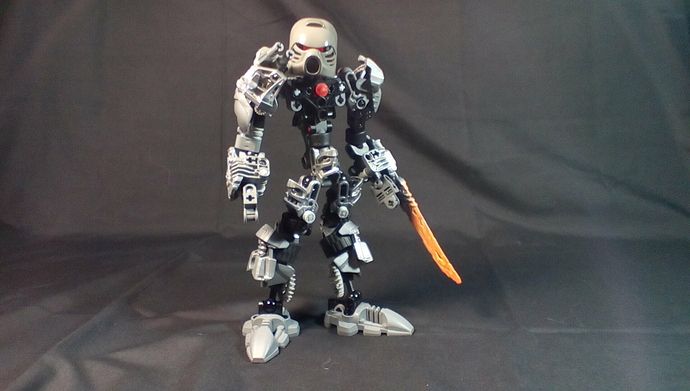 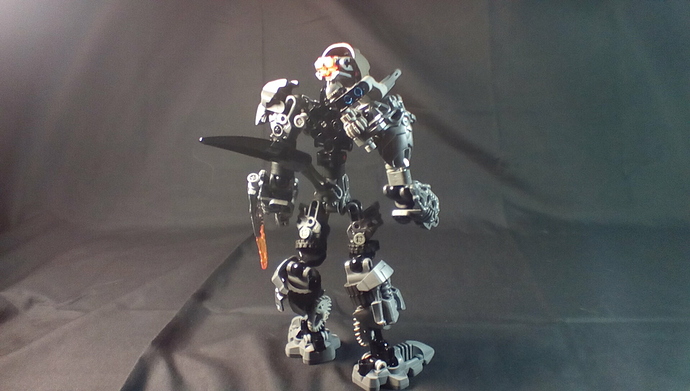 Keep in mind that this story is in my AU, alright?

After the defeat of Makuta, the Toa and Matoran were too busy celebrating to realize Tahu was gone. The Toa Nuva’s new quest was to find their lost brother.
Meanwhile, a the Dark Hunters rebuilt Tahu into a living weapon. Eventually he escaped and found himself on Kindra Nui. No longer a Toa, Tahu now fights for only himself.

About the actual build, Tahu the Old was originally going to be a revamp of a friend’s first MOC, hence the tail, the mask (even if it was Tahu Uniter’s mask), the gun thing on the right arm, and the armor pieces on the legs. Friend’s MOC below: 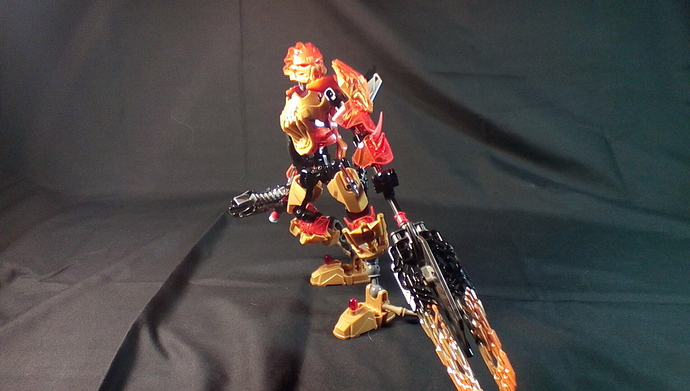 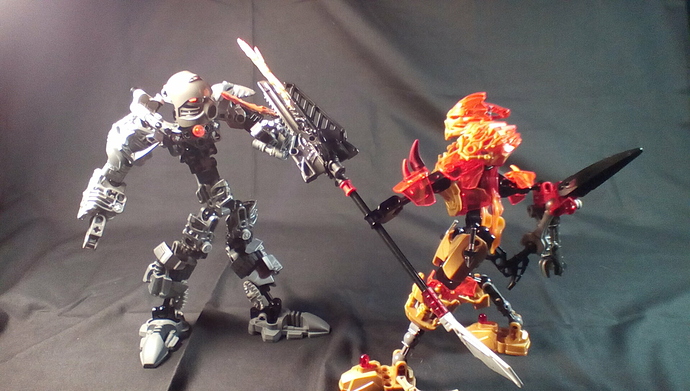 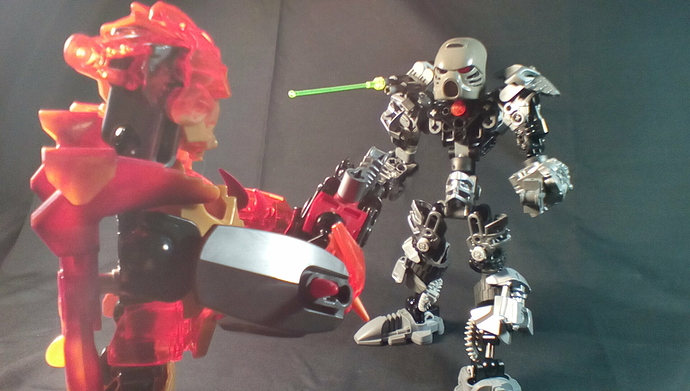 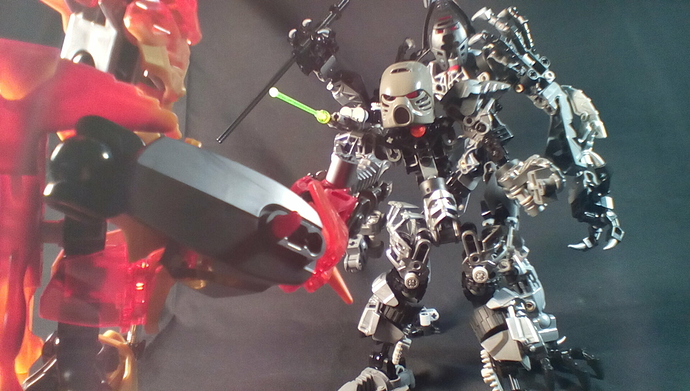 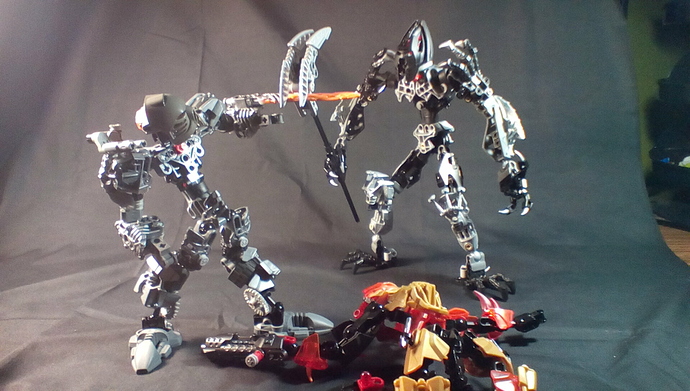 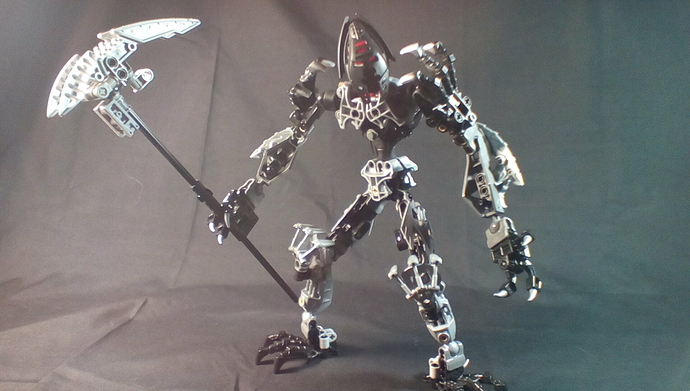 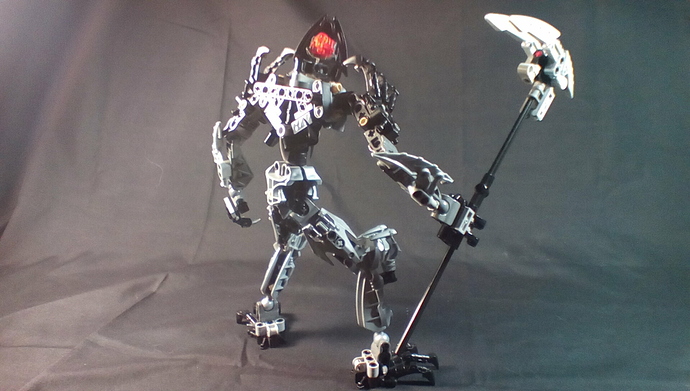 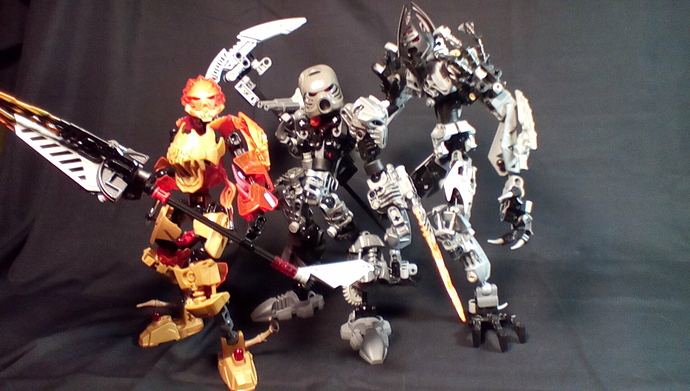 When I saw this I immediately thought of this little vid I saw once, kinda makes me think of a Toa-ized version of him. 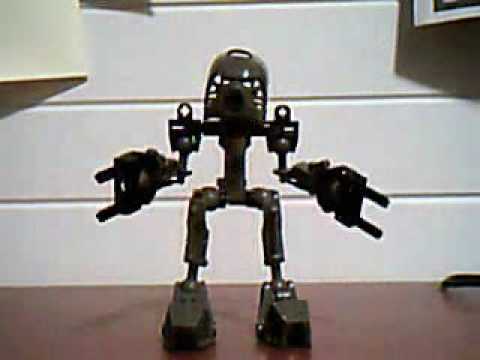