So this is an idea for a set I had after listening to the earlier G3 podcasts. I built it around two weeks ago but just finally got around to taking pictures. So I’ve had it sitting on my desk while some of my cousins were visiting (they were 7 and 9) and they loved playing with this. They also thought it was a real set and asked me where i got it from. So I think it would be pretty similar to what an actual G3 set could be. Also it’s a little confusing what’s going on with when the rahkshi and tow fight each other so I’m just gonna go with it’s when the road go to their piece of the mask of time. This moc has around 217 pieces so I would imagine it being $20. Or at least just for this moc. So with out further ado the set concept: 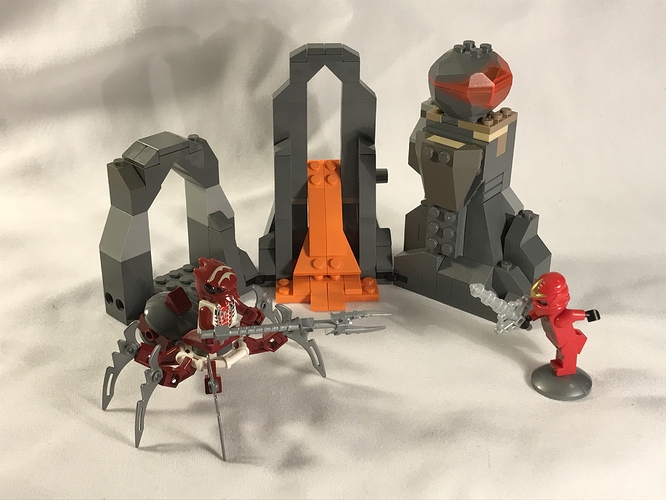 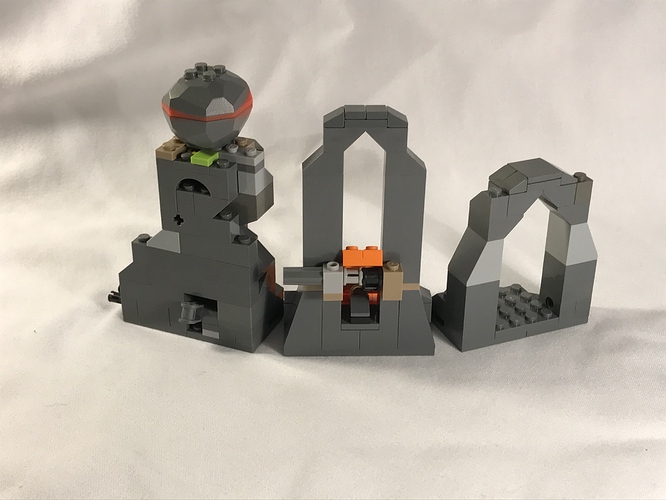 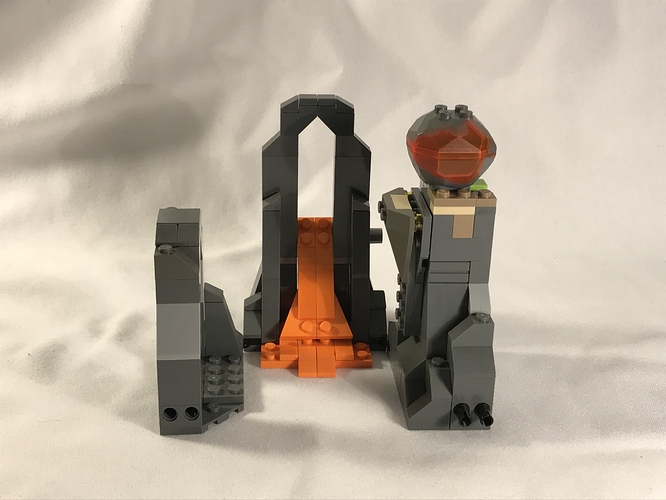 IMG_4614.JPG4032×3024 1.16 MB
there are quite a bit of pieces I need to recolor and replace but can’t right now and it is also modular to some other concept builds I have done. It also has to play features. Turning the axle extender flips up the lava fall to reveal a “piece of the mask of time” and the lever on the end with boulder can be used to knock off the boulder 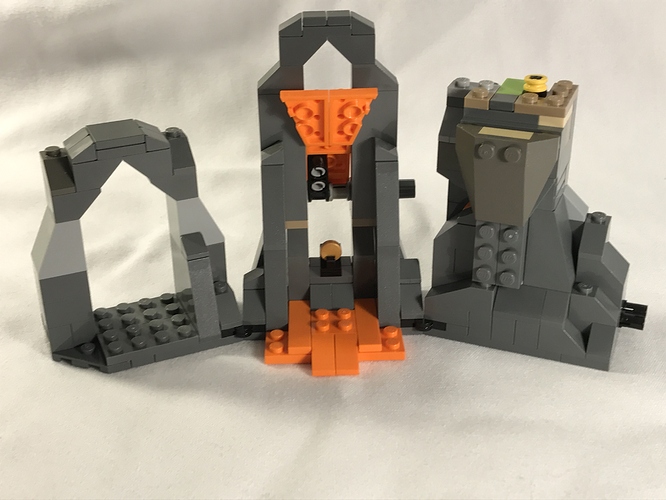 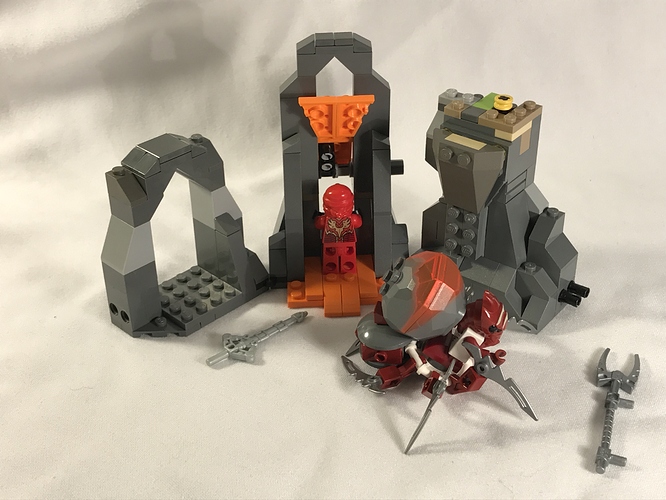 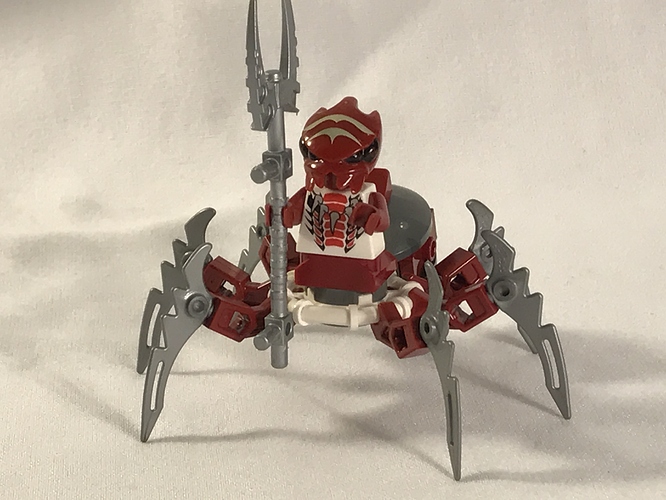 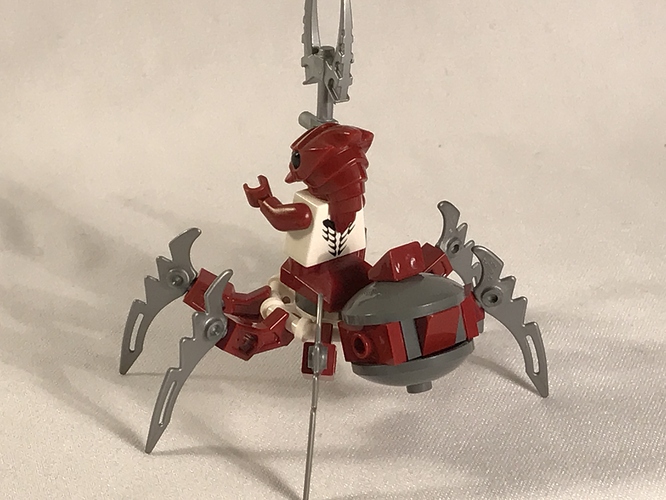 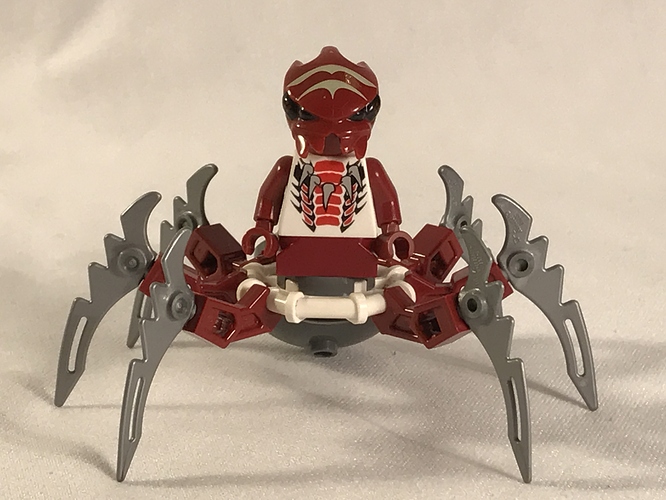 IMG_4621.JPG4032×3024 957 KB
the Tuhrahk figure was built with mostly galaxy squad parts. The head from a red bugoid I thought worked perfectly for a rahkshi head as it had a sort of worm like shape coming out the back of its head. The torso was pulled from a serpentine I don’t know the name of. He came in the serpentine mech set. So yeah I thought Tuhrahk turned out quite well other than the two colors of red. 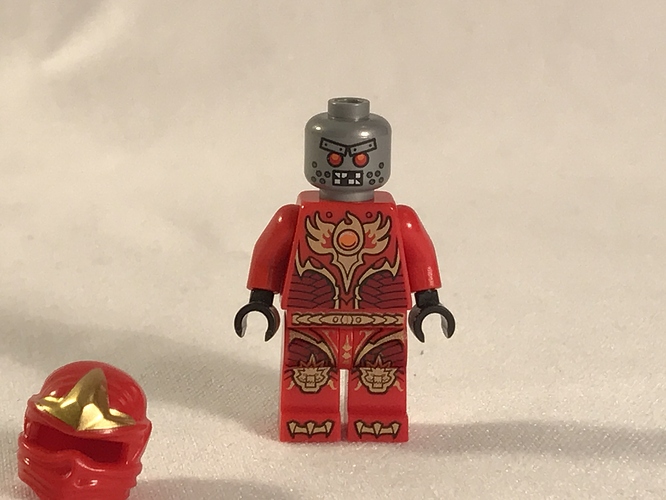 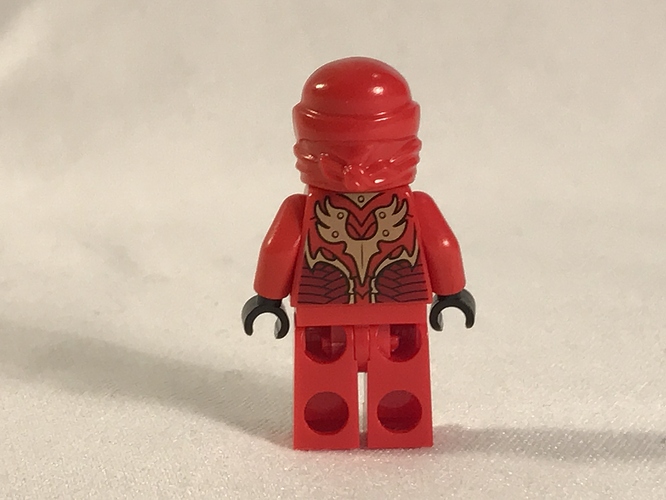 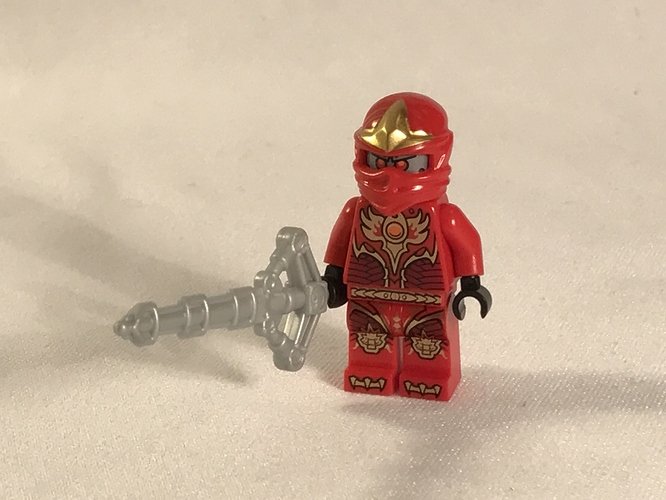 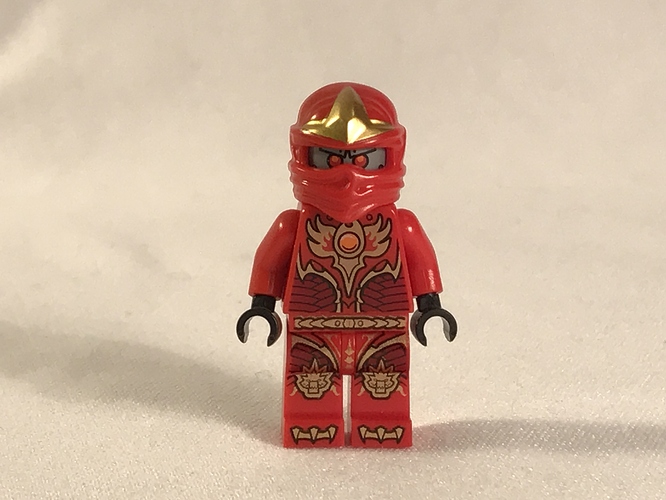 IMG_4622.JPG4032×3024 867 KB
for tahu I used the head from lego movie collectible mini fig. Don’t know his name but it was the old west robot with the raccoon hat. I thought it worked pretty good because Tahu is angry a lot. His arms are from some red dude but his torso is from the fire chi version of cragger from Chima. His and tuhrahk’s weapons are both from the old bionicle play sets so I thought I’d use them on here. I think Tuhrahks worked especially well.

So yeah thats all for this concept set/ moc. I have more ideas coming soon. Hope you liked it and C&C always welcome and appreciated!

I think this actually looks better than most $20 sets, the depth of the structure and two play features put it ahead of real sets by far. I’d say this would be a fantastic build for a set if G3 were real!

Thanks! and yeah thats kinda what I was going for. I think that if G3 were real it should be mostly structure sets.

Rocking the spidery vibes there.

Tuhrahk is almost perfect. Almost. If he had new mold or prints he would be perfect.

New molds are sort of implied to exist. A flat stud won’t be the Vahi fragment, Tahu won’t be a Chima dressed robot with a Ninjago hood, etc.