Tahu's Omega Buster Armor Suit: The Biggest Cluster of A MOC I've Ever Made

So a while back when I had just started making the Age of Kulta parody trailer (this one) I was unsure of what I’d have representing the Hulkbuster armor, even if it was only in a brief scene. I considered a few official sets, and even just plain Tahu, but then I remembered a MOC project I’d left unfinished over the summer.
For this project, I wanted to pretty much throw together as many CCBS parts and pieces as I could, slap on as much armoring, make the biggest, most ridiculous creation ever.

Once I’d finally finished the project, it was a perfect fit for both my original intention, and the spot in the parody trailer. Honestly, it’s nothing to be proud of aside from being one heck of a behemoth. However, it’s definitely worth showing off in all of it’s crazy glory.
I present the Tahu Omega Buster

Click the pics below to check out the albums. 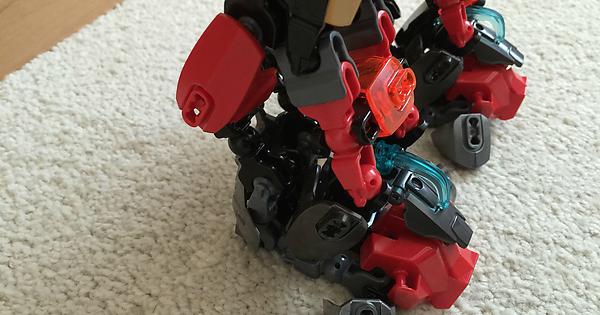 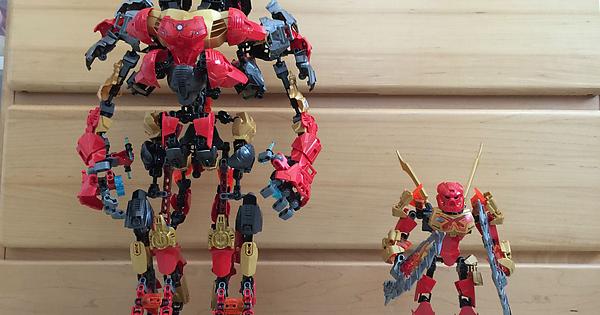 Feel free to ask questions and critique. Just know that I probably won’t ever try to improve this thing. XP
-Oonie

But hey, he can pummel anyone so who cares BOOM BAM BANANA SLAMMA AMIRITE

Although it tis, as you said a cluster, it’s scale is still kinda impressive…

I really like the size and color scheme; but the upper arms look a little thin and the legs look gappy. Also the MOC looks a little cluttered.

The concept is interesting and I love the overall size and scale, though some parts feel a little cluttered IMO.

This is extremely cool for what it is. I want Gen 2 Exo-Toa now.

Wow! This is a really good MOC considering the size and parts used to build this. It’s definitely really cool and Tahu looks really nice with it and inside.