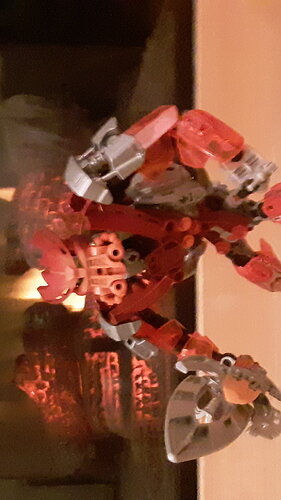 I apologize for how blurry this image is. Anyways, I updated Takaru again, this time with a completely custom torso. 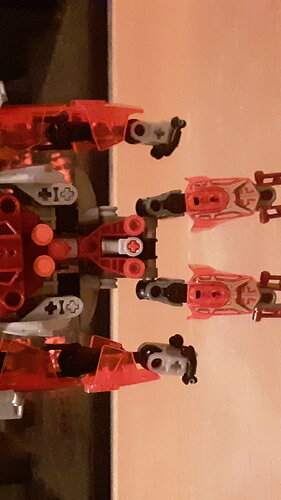 20190717_223337.jpg3264×1836 1.55 MB
I tried several different designs for arm and armor to tie into Jaller’s armor piece until I found one I’m kind of happy with. I didn’t think I could use the jet engine pieces in his torso this way before, and I find that pretty interesting. 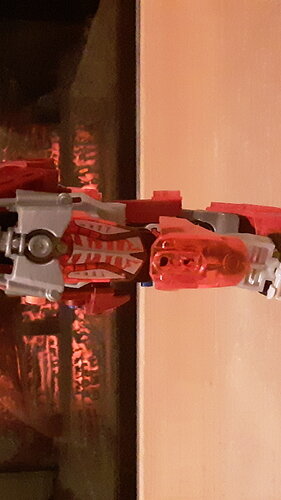 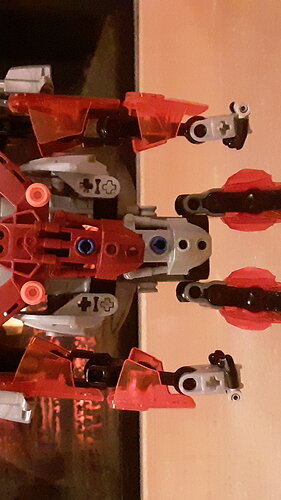 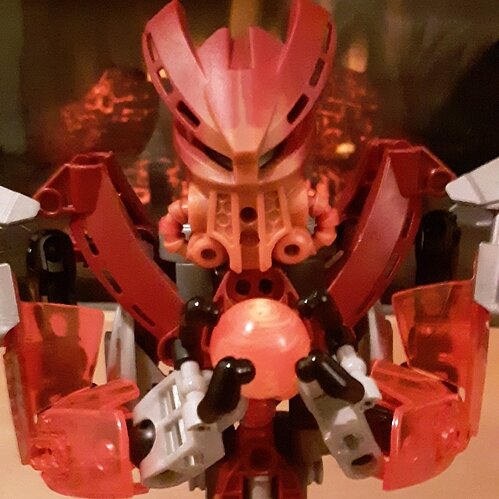 Some final thoughts on this are that I’m not happy with a lot of things with this MOC. He has axels and pins and other things sticking out in ways I don’t like, his legs look rather spindly and ininterseting now compared to the new upper torso. This is also a problem with his arms to a lesser extent.

Any other thoughts and criticisms are always welcome!

(I also forgot how I had my camera oriented with my previous posts, so sorry about the pictures being sideways.)

A bit of advice from my point of view:

Those silver armor pieces on the side of his torso. If you can, get the orange ones, and see if you can’t get them facing the other way, so that the curve flows into the waist. As it is they look a bit bulky and awkward, and that’s just because they’re curving the opposite way.

Avoid that mask/chest combo like the plague, unless you want everyone to say your MOC is just Jaller Mahri. Give him a different weapon too, that just makes it worse.

Try going for some bulkier custom legs and armor. They don’t have to be fully custom (if this MOC were mine, the most I would go for would be some custom upper arms with bulkier shoulders along with custom thighs and more armor on top of the Metru shins). The lower arms and hands are totally fine as they are!

Change the back armor. Or at least, see how it looks with that Inika armor piece turned upside-down.

That’s about it! He’s not bad at all, and I actually really like how he looks from the side! Keep it up!

Cool MOC, but the images are upside down, making me harder to see it in detail.