Originally, these were supposed to be my best efforts at making my own copies of the characters as I do not own either in any rendition of sets, but they looked variants of the characters by the time I had finished them, so I decided they would be the famous rivals mutated by a freak time-travel accident. 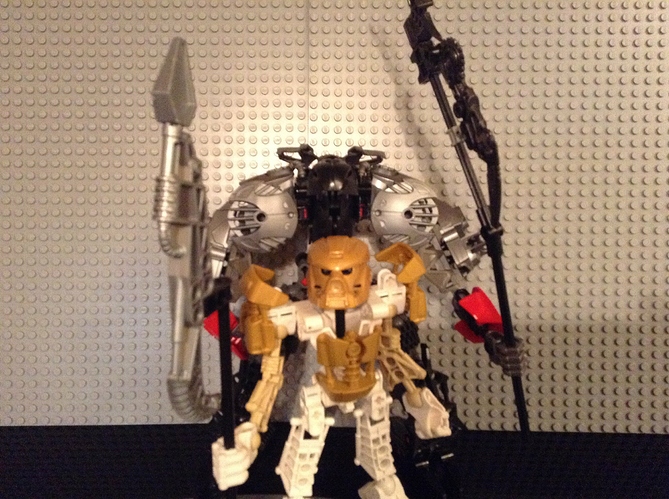 image.jpeg2592×1936 1.27 MB
As you can see, Teridax got beefier and Takanuva simply blended elements of the original mata/nuva build with some G2 parts, new arms and legs, and no intrusive gear gimmick. 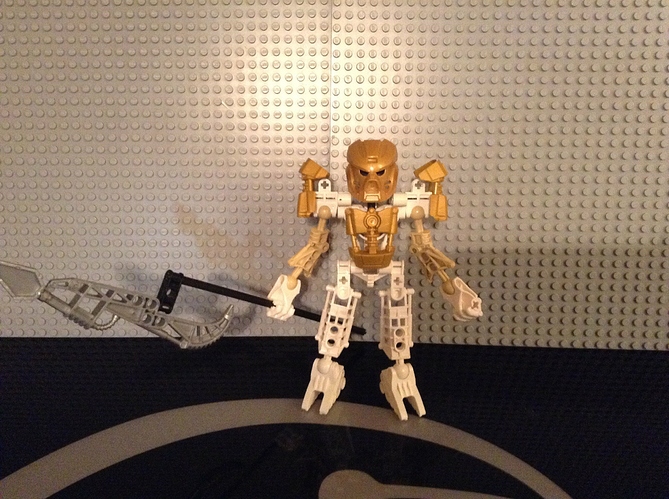 image.jpeg2592×1936 1.24 MB
I don’t have much to say about Takanuva. I tried to keep him simple by improving on the old build. Because I don’t have the Kanohi Avohkii in any color, I gave him a gold G2 Hau. He also features a Vahki spear as the blade on his staff, white bohrok feet (all I had remotely close to Kopaka’s feet) and Pohatu’s legs as his arms. 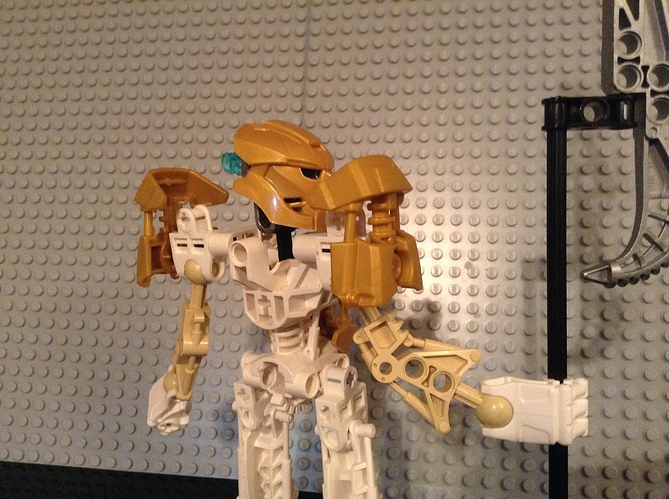 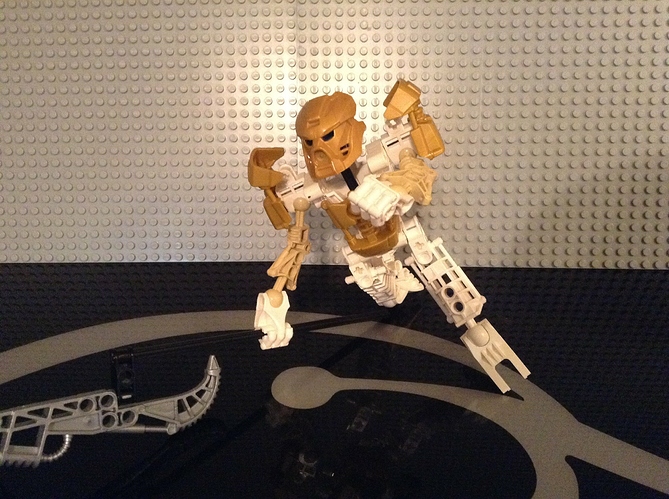 image.jpeg2592×1936 1.21 MB
I’m not totally happy with Teridax as he doesn’t resemble his character as clearly as Takanuva does his, hence why I decided they’d be mutated time-variants. As a stand alone figure, he’s alright, but the shoulders only go up and down, and the tires on the upper legs look dumb to me, but I had nothing better to put on. Also, I couldn’t do anything with the plain Rahkshi head to make him look more like Teridax but again, it’s a variant. Point being, fire away on this one and help me make it look better. 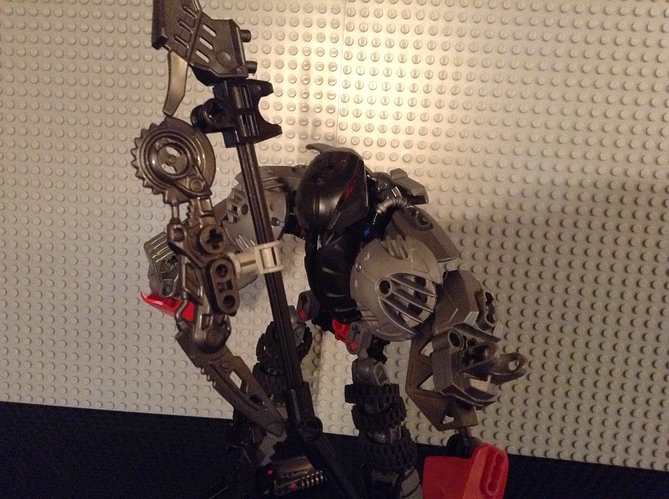 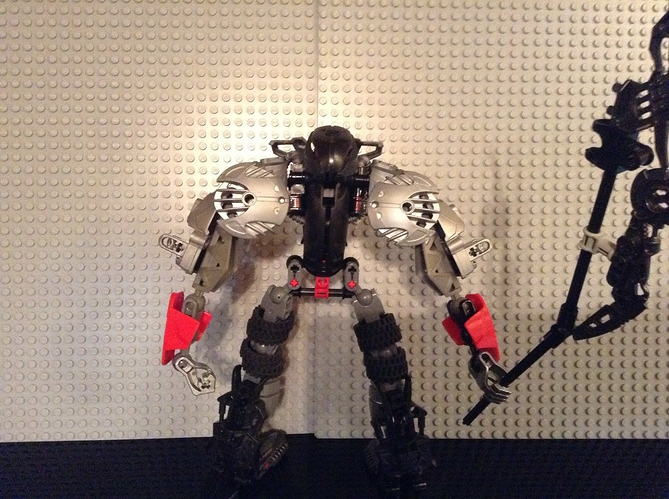 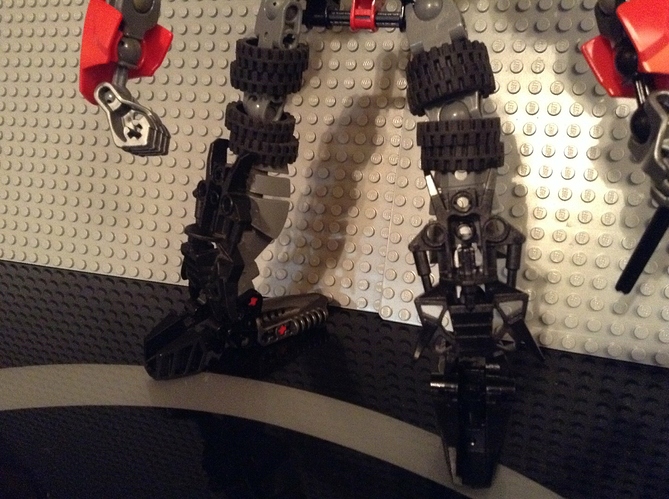 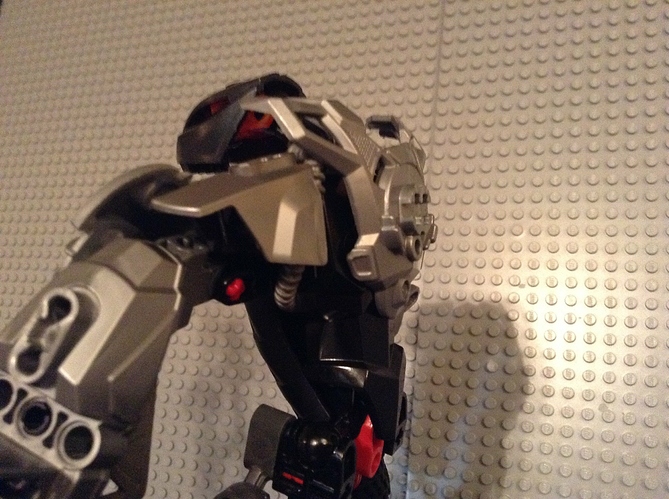 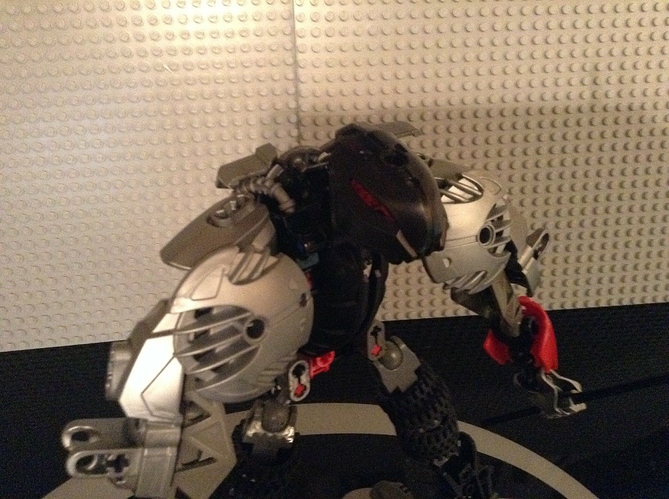 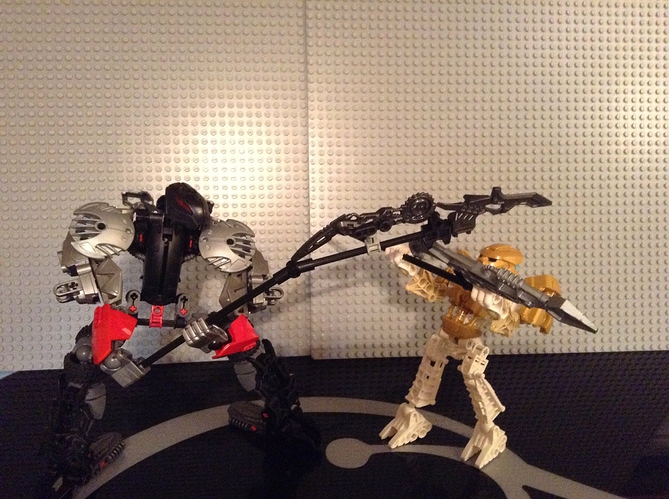 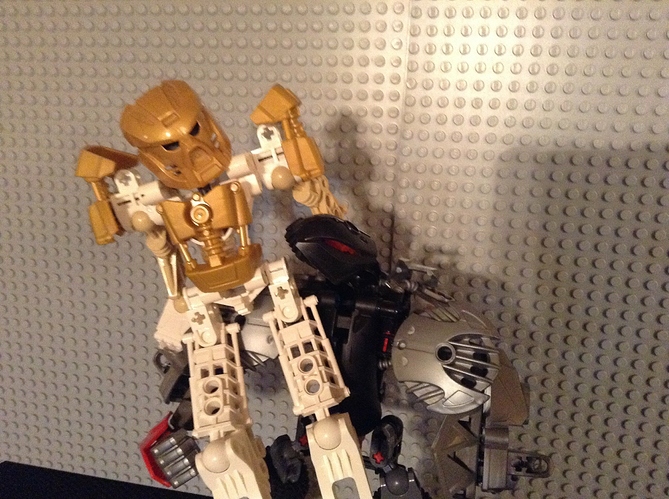 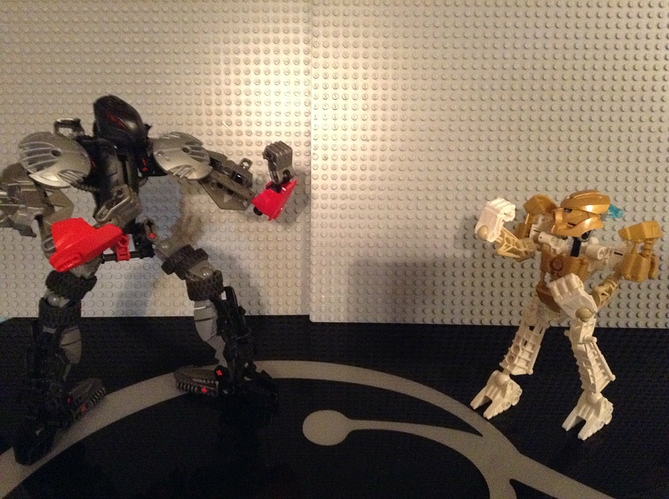