The Book of Logic

LISTEN TO FEDORA MAN - Not Eljay

It ain’t a fedora so technically you don’t have to listen to me. If it said:

hey you’re right, I don’t have to listen to you

it doesn’t mean you shouldn’t…

hey you’re right, I don’t have to listen to you 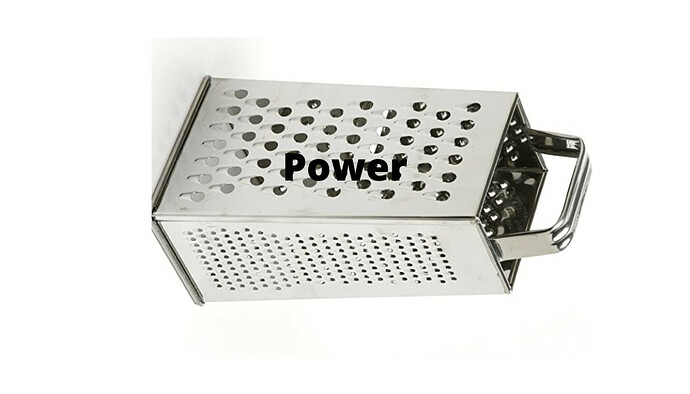 Hey at least you got it right the second time.

Well, There’s a first for everything.

lmao I am a literal bookworm that is hilarious

I kinda imagine a hybrid of that chain smoking caterpillar from Alice in Wonderland, “the bookworm” from toy story 3 and finally your spidey man colour scheme…needless to say a unusual creature.

Also yeah this is good so far, probably not as good as the all star intro in the first one but I can live with it.

I just imagine a Choldrith with a Cronk face. 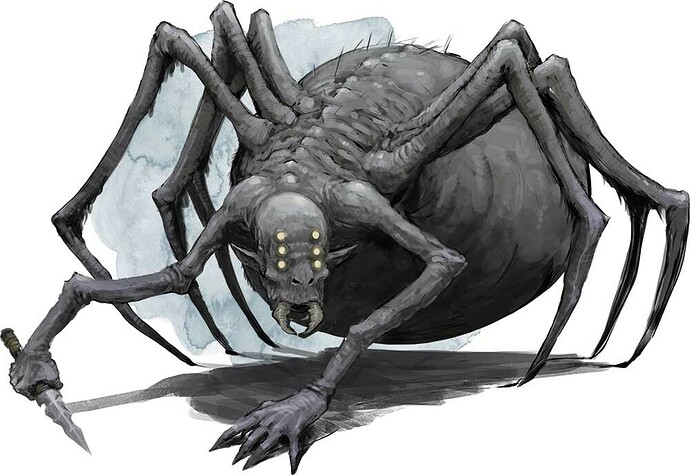 –
There are little bounds of logic that readily become concerning to those diligent enough to ponder them. Morality, conscience, decision, up and down, rules with no physical penning but written so precisely they cannot be subjectively interpreted. Somewhere, there was an objective definition of everything, from the color of the sky to the pondering of the atom, and someone, somewhere, had to orchestrate the construction, order, and upkeep of it all.

And possibly, by any chance, could this maestro of the cosmos consider making a chair between here and the moon?

You got very worn-out from consistent and ceaseless walking, as anyone might, and resorted to plopping down on the ground as opposed to sitting on a chair that couldn’t exist. Why was this Chronicler so insistent on not providing You with one? He was definitely listening this whole time.

“Oh, right, like I’m supposed to solve every whim and fancy of yours.” the Chronicler retorted to this ridicule. “If you need a break by all means take it; time is a social construct anyway. But don’t expect me to serve tea and crumpets in the meantime.”

Wait, huh? Time is a social construct? You hadn’t heard that before.

“Well, yes.” the Chronicler mused, taking what you could only assume to be a sitting position in the air beside you. “The progression of time is only in existence to, originally, calculate times for harvest and planting. It was an astronomical observation based on the rotation of the earth which assisted in timing local floods, which gave rise to societal figures making scientific predictions, and lead to economic development and so on and so forth. It’s really a very complex process.”

“It must be more than that.” You chimed. “There’s no doubt that the interpretation of time was based on societal need, yes, but time itself remained a constant, yes?”

“No.” the Chronicler pulled up an old sheet with one of his extra hands. “Do you know how long we have been walking? Three weeks, by modern time keeping conventions. Yet reading over the series of events could take a day, and if these sequences were concentrated into their most involved forms and released episodically, you could read over them in five minutes.”

“Interpretation of events through consumption of written media is hardly representative of total time passed in said media.” You responded. “A book can say three weeks and you can take two seconds to read the sentence it includes that in. Yet the sentence may have been carefully thought out prior and written in extreme cautious detail, taking far longer than expected.”

“All of which are different perceptions.” the Chronicler loomed slightly, retreating when You noticed he was looming slightly. “So which one is correct? The past, the theoretical, the time you speak in relativity to other things around you, or the future?”

You puzzled for a moment. If time was only a concept which existed for the individual, how could it be a constant?

“Time also changes when one is on the moon.” the Chronicler mused again, poking at a pebble on the ground in a lazy manner. “A day there is a month on the earth. So it’s a matter of individual perception, and not a universal concept.” He stretched his free arms and rose slightly. “Shall we be off?”

“Wait.” You raised a hand and took a moment to observe it. It was connected to an arm, which was connected to a body, which happened to be You. There was a head as well, a corresponding arm to match the one, feet for walking, and legs for supporting the body on those feet. Humanoid in construction and youthful in appearance. Looking back up, You could see the Chronicler impatiently waiting for the grand response.

“All your instances of individual time correspond with each other in the measurement in which they are taken. Why is that?”

The Chronicler never stopped writing, but desperately appeared as if he wished to start nibbling on the tip of his feather pen. “The perception of time was created to calculate the rotation of the earth around the sun, and its own individual rotation. The orbit of the moon helped calculate several of the many calendars.”

“Orbit implies time.” the Chronicler noted, showing some suspicion that he was being lead into a trap. “This is a bit dull of a conversation; would you not consider it better to-”

“Orbit must manifest time.” You retorted. “If time can be measured with a universal constant, it has to exist. You can measure mass and volume, length and depth, concepts of three-dimensional construction, just as easily as you can measure the relative speed at which something travels.”

“But time calculation is only applied to movement to determine speed.” the Chronicler mumbled, obviously feeling ground lost.

“Or the rate at which you travel in relation to your destination,” You continued, more confident than before. “In order to find the most efficient method of arriving there, thus taking up the least amount of time. A man on the moon occupies the same amount of time as someone on the earth, but the earth maintains its relative time by spinning extremely quickly. So a man can be on the moon for a year and only age twelve days, because time applies to him differently than time applies to you and I, because time is a constant not based upon laws of physics, but commands physics to adhere to it wherever the individual may be.”

All this talk was clearly wearying the Chronicler, and he appeared sour at losing the argument at all. Noting this, and the mental observation of it, he continued onward, silently assuming You would follow and try being more quiet in the future.

“Ponder and deliberate before you make a move.”
― Sun Tzu, The Art Of War

because time is a constant not based upon laws of physics, but commands physics to adhere to it wherever the individual may be.”

Except gravity can bend space time.

Is Google Slides okay?
Your wish is my command. 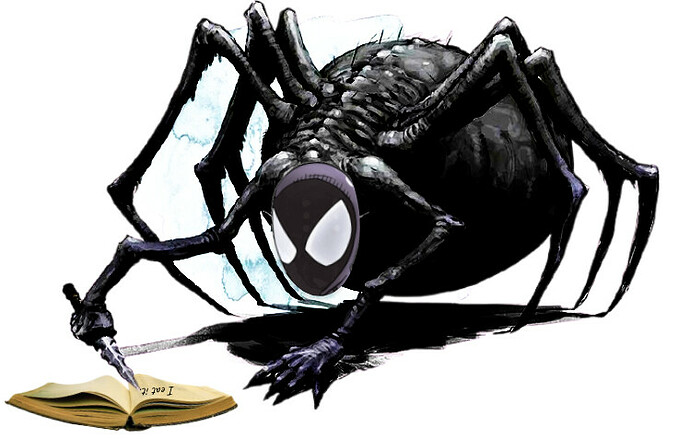 this is now canon

Except gravity can bend space time.

Only when perceived by the beholder

“mystify, mislead, and surprise the enemy”
― Sun Tzu, The Art Of War

this is now canon

man, I had my own idea in mind for how he looks but this one is really tempting

because time is a constant not based upon laws of physics, but commands physics to adhere to it wherever the individual may be.”

This hurts my head lol, but you would be correct.

I’m really ahead of schedule

if these sequences were concentrated into their most involved forms and released episodically, you could read over them in five minutes.

“Ponder and deliberate before you make a move.”

“Sun Tzu said that!”
-The Soldier

Edit: in all seriousness I’m liking these more engaging intellectual themes being brought up and it makes for fun reading