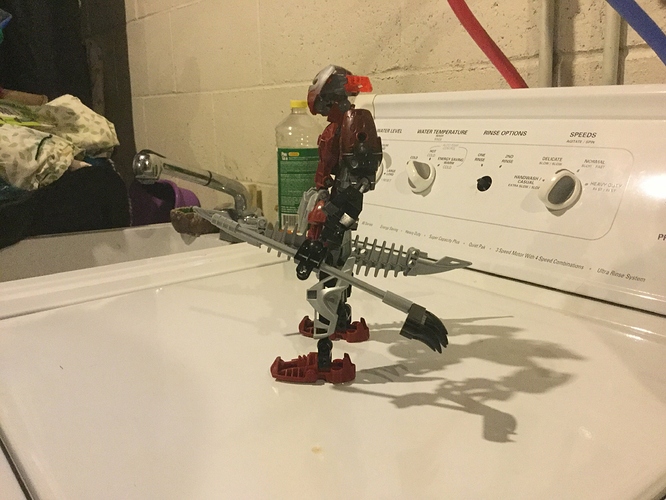 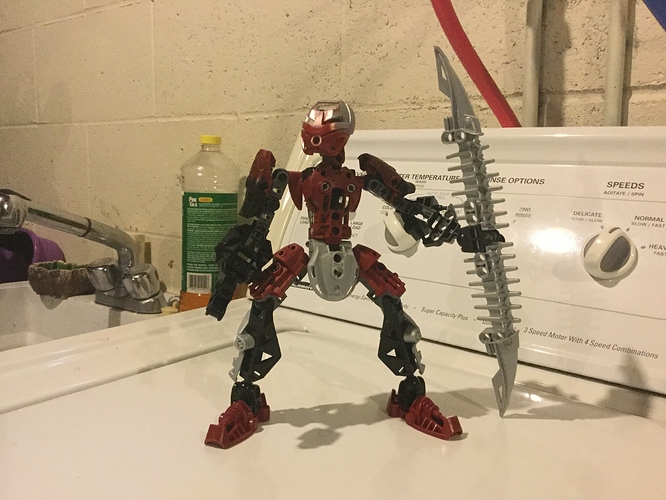 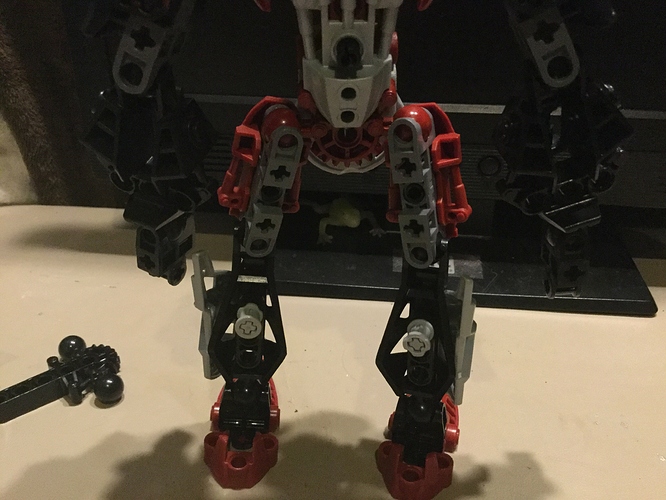 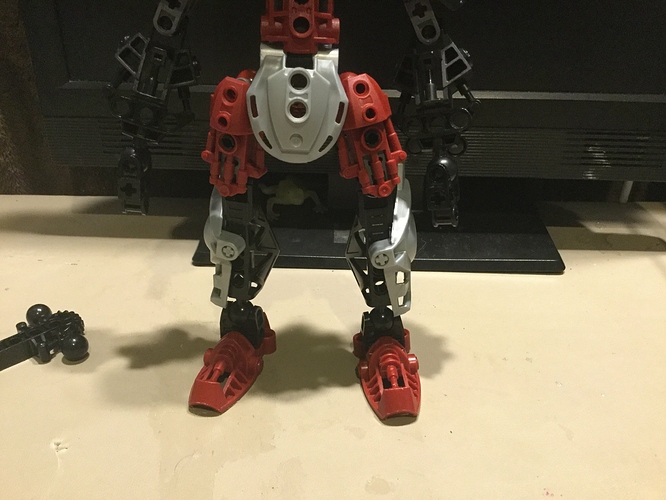 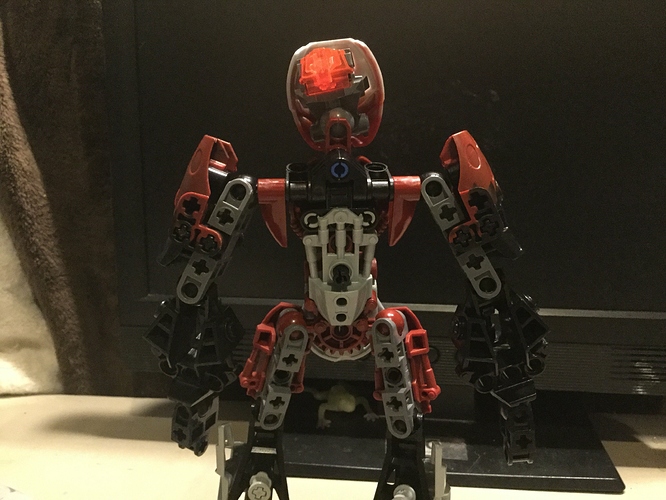 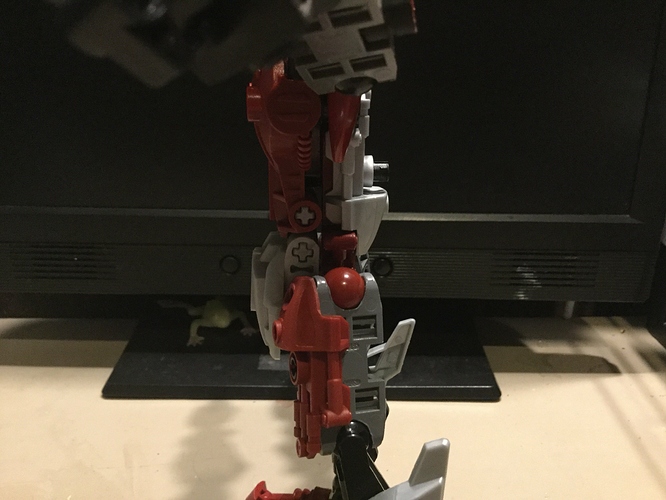 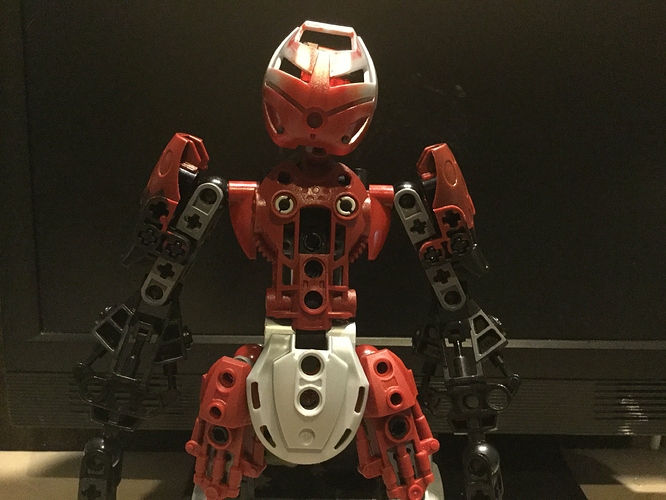 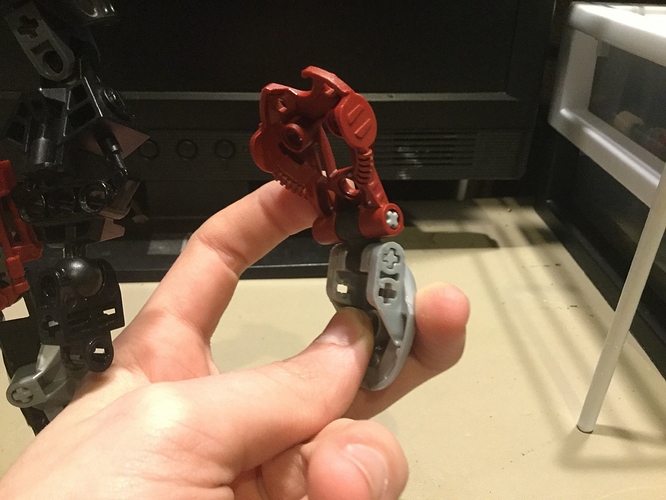 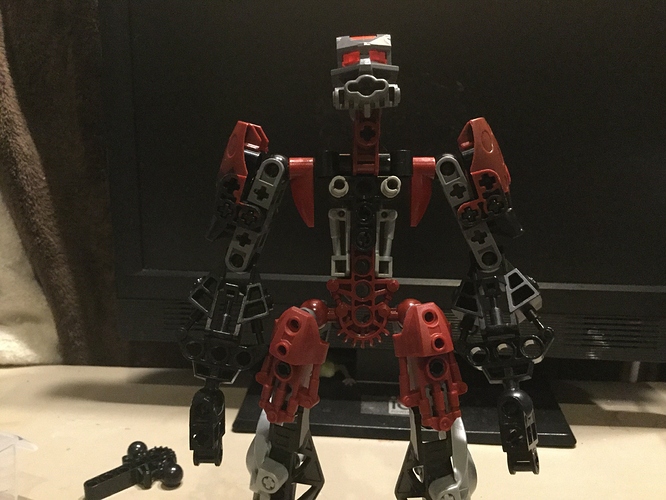 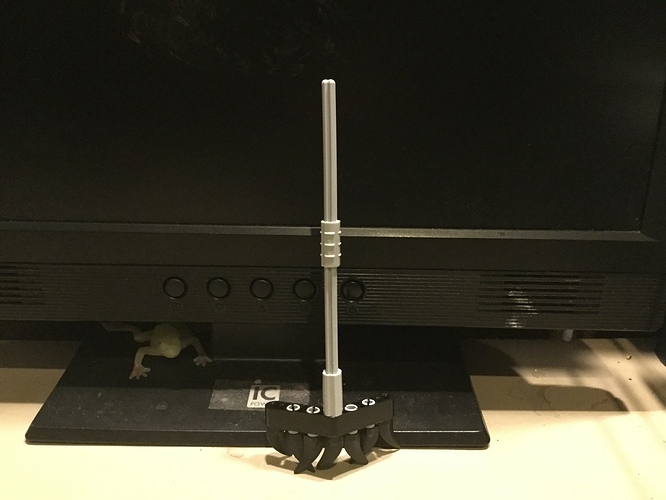 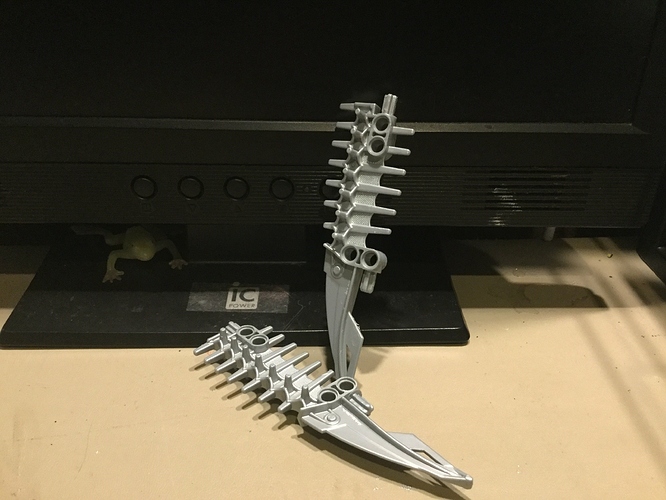 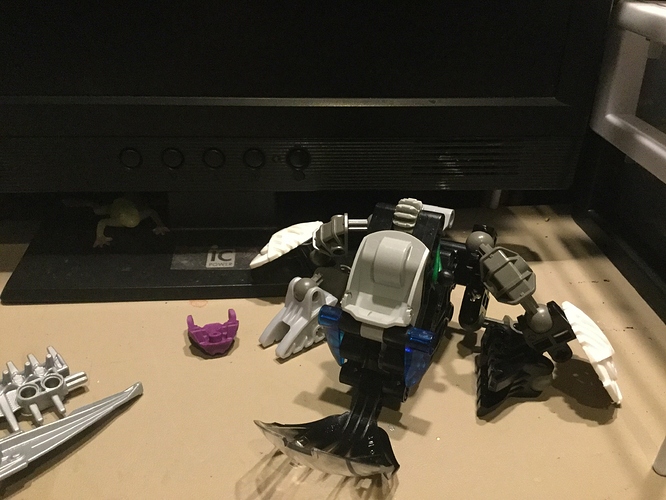 Tokata is a Makuta with two jobs clean, and occasionally guard stuff. He thought of himself as a janitor only though, mostly because any guarding job he did was five minutes long and involved sitting and waiting for someone to leave. He was sent to the island of Mata Nui to collect Items with interesting abilities or looks, he ended finding his swords and a few borohk shells. Later on in the hunt for items he found a purple krana, so he ran back the Borohk shells picked the least damaged and fixed it with the other shells. That only costed his life, he slamed the krana into the shell and watch as it “woke up”, after that is a story slighty to gruesome too tell unsummarized. Tokata was killed by a Borohk.

Pretty cool but… (Starts speaking in a British accent) It looks like 'ets wearen a diaper!

It looks nice, but as @MaximusPrime said

Ladies and Gentlemen, Introducing… The Makuta’s Janitor!
First thought that came to my head.

As for the MOC, it’s pretty simple, but effective.

it does look like its wearing a diaper, tho.

It looks like a toa. A very odd looking duck of a toa at that.

Okay i get the diaper comments, they can end now.

Don’t get me wrong, the MOC itself is good and I like the custom torso, but…

He looks rather like a Toa than a Makuta, probably just because he’s perfectly Toa sized. He definitely doesn’t qualify as “Titan sized”, sorry.

I’d say make the torso bigger and the limbs more custom - also currently the neck connection is somewhat odd, so you might want to try for a better way.

He thought of himself as a janitor

I think I already said something in that regard to someone different in the project topic, but I’ll say it again: This is one of the 100 most powerful beings in the Matoran Universe - and he’s a janitor?! It just doesn’t fit for me.The Brotherhood has more than enough servants for that kind of thing.
I also don’t like the idea of him being a guard that much since that would likely make him a warrior - and there already are enough warrior Makuta.

What about making him someone who gets sent by the Brotherhood whenever minor problems occur that nonetheless need a Makuta to be properly taken care of? (dangerous Rahi gone wild, accidents with Energized Protodermis, etc.)

He was sent to the island of Mata Nui

No Makuta ever set a foot onto the island of Mata Nui.

There also were smaller Bohrok nests in other places in the Matoran Universe (for example somewhere below the Archives in Metru Nui)
He could have experimented with them which later led to another Makuta to design the Fohrok with the help of the Nynrah Ghosts.
About his death, though… a Bohrok can’t have killed him since a) they only attack when someone is in their way, and b) in order for a Bohrok to decide that someone is in its way it has to be controlled by the Bahrag, which this one can’t have been since the Bahrag were fast asleep at that time (assuming that this happened before the Fohrok).
I also have my doubts that a single Bohrok could overwhelm a Makuta.

So, you’ll have to work a little more on Tokata in order to get him accepted for the Brotherhood Project.

I, for one, welcome the aspect of a Makuta janitor