The Collapse of an Empire - Signup | OOC Discussion Topic

Remember when Siansa went shopping with Amelia earlier in the RP

Yeah, what’s up with that? Oh wait…Siansa has new clothes…she can wear on the date. Well yeah.

specifically a flower dress, but yeah

Hmm, that would be a fun day. Well, I’ll be waiting to get things going with Siana, meanwhile, I’ll be working on Xaio’s post of excuses. 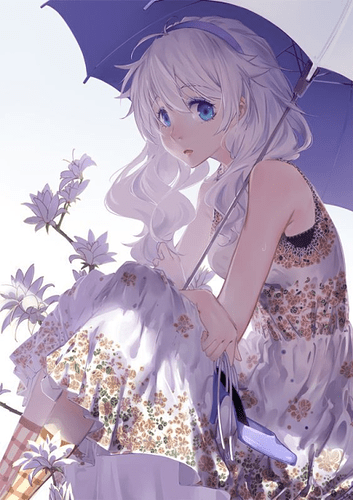 that’s why I chose it

Yes, then perhaps shall we not keep Will waiting then?

@MichaelBT-7474 The Eagle was calling Envarus stupid, not the other way around.

Umm… that doesn’t really fit with my character at this point.

I’ll just strike my post and move on from there.

Personality: They’re a competent fighter that can be relied on to work with their team to the best of their abilities, they should not be counted on to hold a riveting conversation.

Equipment and Weapons: Two arming swords, two rondel daggers, one lance, a flail, a parma mounted on the left wrist and a crossbow

Powers and Abilities:Stahl Mädchen is capable of fighting without relying on their vision, as well as this they have a frightening pain tolerance and extreme skill in many forms of martial combat, including (but not limited to) wrestling, fencing, dual wielding, staff fighting, marksmanship among others. Finally they can enter a physical state where they are much more flexible and mobile albeit incredibly noisy.

Backstory: A mysterious bounty hunter, mute and enigmatic, raising many questions and answering none of them, who are they? What do they want? Why don’t they speak? Some investigation would probably yield answers.

Powers and Abilities:Stahl Mädchen has a constantly active invisible beam that dispels magic, as well as this they have a frightening pain tolerance and extreme skill in many forms of martial combat, including (but not limited to) wrestling, fencing, dual wielding, staff fighting, marksmanship among others.

Sorry for the long wait. Now, about Stahl Mädchen aka Steel Girl. So by this, you mean that she has an invisible beam that dispels magic? So I take it right by saying that no magic can hurt her?

Also, I’m wary of accepting this character at all because you kind of have been inactive in my RP and you already have two characters. Are you sure you can play three characters good at the same time?

No magic from the front can affect them, the only reason for my inactivity is due to lacking drive, this shall alleviate that.

due to lacking drive

taking some time away

Gotcha. She attempted suicide, and that’s it.

She could write Clawripper back. I wrote it so that anyone who wanted to, could influence the next round of letters.