After 3 hours, two new enemies arose from protodermis. Fearsome creatures, skilled for assassinating targets, leading armies, and crush entire legions of warriors.
One is already known. He is called Azolok, and was during a short time the commander of the entire Brotherhood army. Now, Makuta Teridax decided to create two new beings, that would lead other sections of the Brotherhood army. The Commander Trio. Rare are the survivors after encountering those in battles.

So here they are…

Temarik is one of Teridax’ newest creations. No-one has seen such power for a long time. His claws can penetrate through any armour, even walls that are 10 meters thick. Teridax was aware that one commander for his army might not be enough. The recent victories of the Toa and Glatorian forced him to create more, so that they can combine their powers against the Magna Legion. Temarik his not the best tactician, but he knows how to decimate a large army. A duel against him is already lost. Only combined forces can defeat this powerhouse. He leads the Exo-Toa and Giant Mech section. 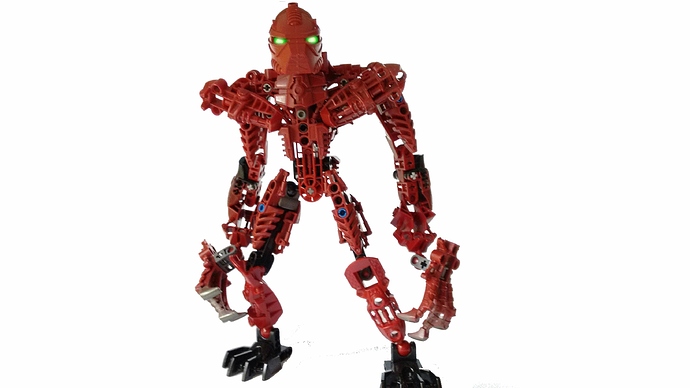 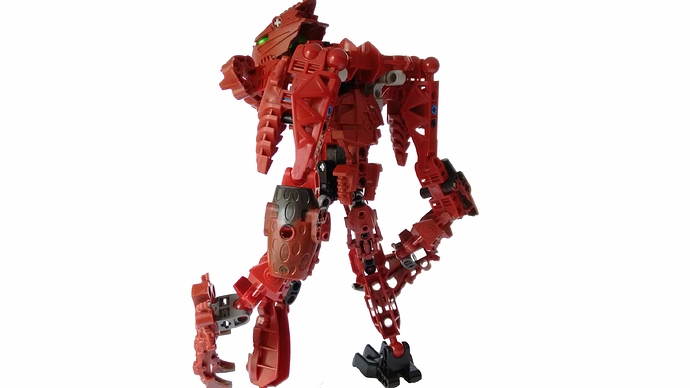 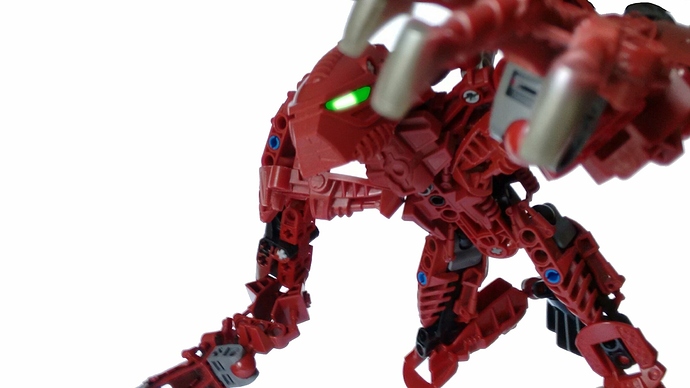 Zeila is also a new creation of Makuta Teridax. She looks pretty harmless, but her strength is equal to Temirak. She rarely uses her full-capacity, but she compensates it with speed and agility. Her sharp claws, and her staff are excellent tools to slize their opponents. She is also very viscous, and the most likely to manipulate someone. Temarik and Zeila often work together because of their rank. Azolok prefers to be alone. She is leading the Vahki and the Fohrok section. 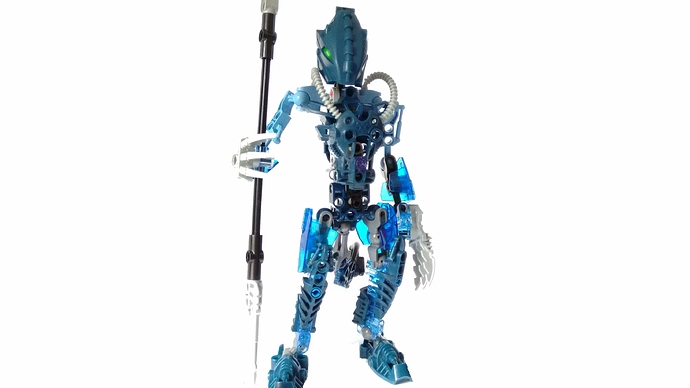 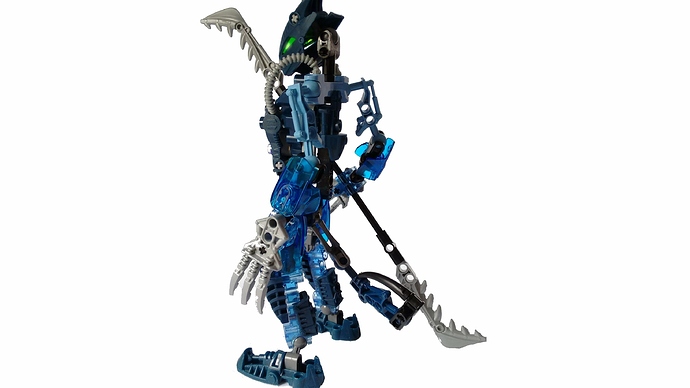 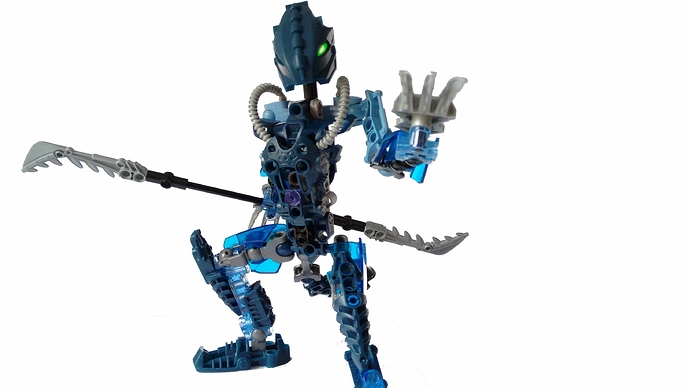 ##Azolok
I already posted him a while ago, so I will just paste the link of my topic. He can be found here: Brotherhood of Makuta MOCs Collection [Magna Stories] 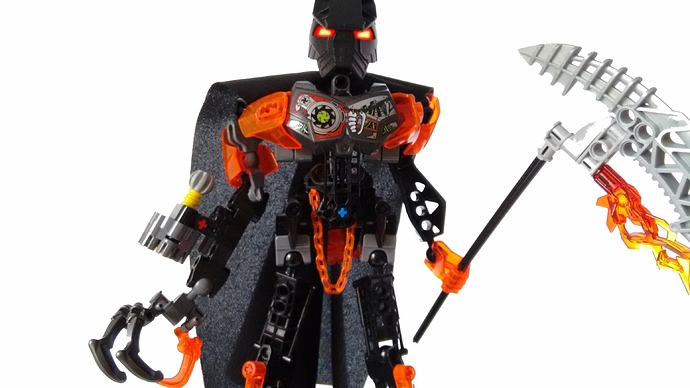 Here, Temarik and Zeila together. 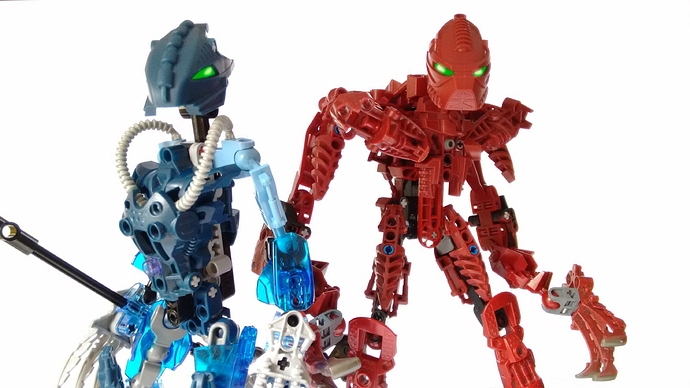 I just wanted to use my Hordika masks again, and I think they fit their personality pretty good. I was always a fan of Nokama and Vakama, so no surprise to see these masks and colors(also, I had plenty of dark red pieces).

Comics and videos might include both of them in the future. But no project has started yet, so it will take some time. On my Magna Stories blog, you can find them again as well as all other villain that appears in my universe. You can find them here: http://magnastories.blogspot.lu/p/villains_4.html

If you like my stories, you are welcome to visit my blog. All stories, caracters, videos and comics are stored there.

Also, if some details disturb you, or you have something constructive to say, let me know in the comment section.

Cool. The neck on Zeila is a bit odd, but they’re otherwise good.

Looks pretty good, good job as always but the neck…

The red one gives me Evil-Hordika-Vakama vibes.