The Creation Duo/ Self MOC Revamp

The Creation Duo, Magmalga (trans red and black), and Icicalga (White and trans blue), are the two deities of time and space.
Magmalga controls space (hence the black color scheme to represent the void of space)
Icicalga controls time (hence the clock-like shape of the shoulder pads)

Both have custom made large capes, and both their designs, are more than less, the same. 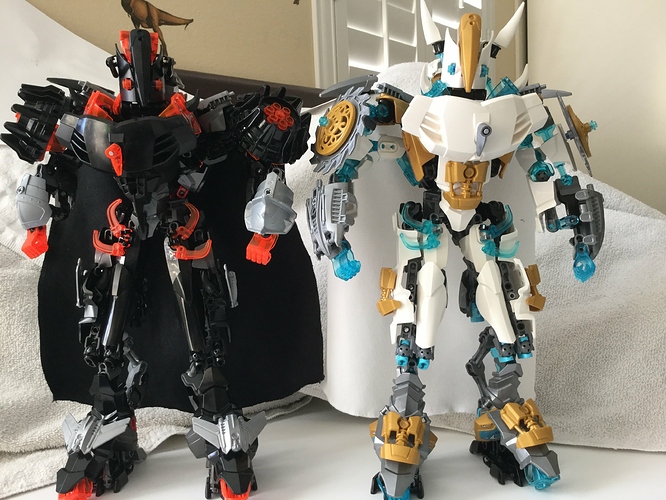 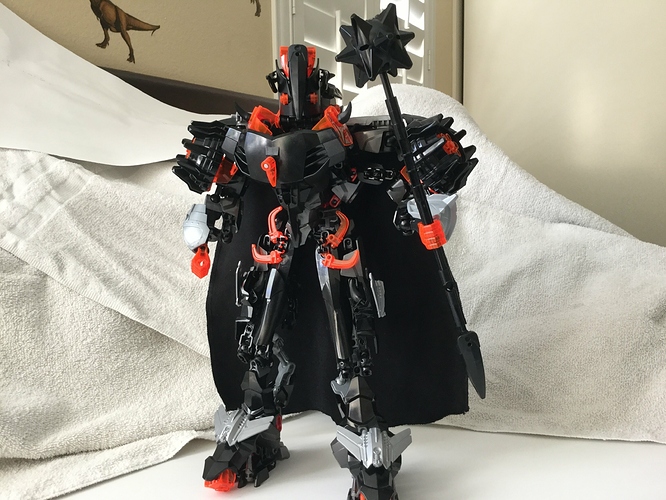 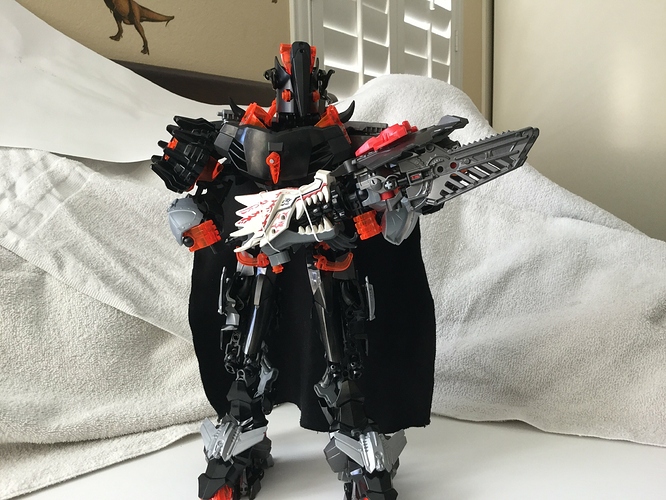 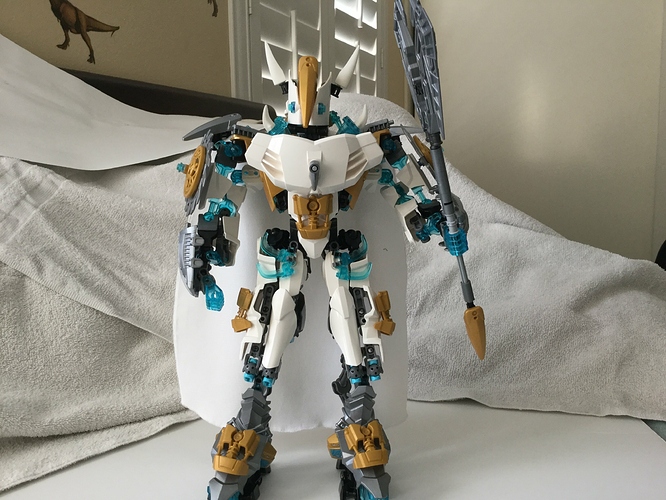 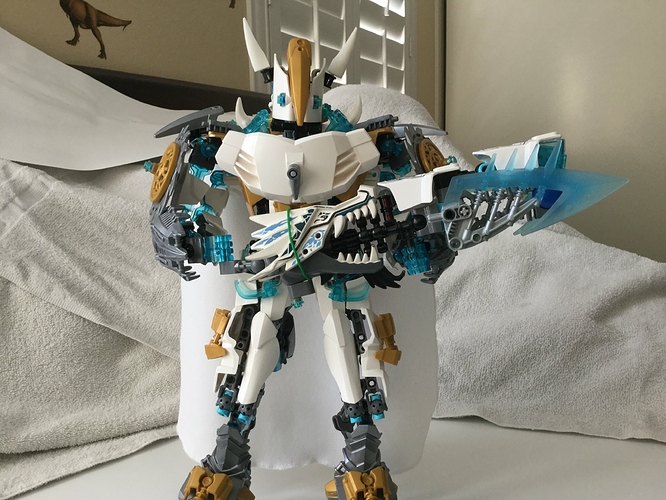 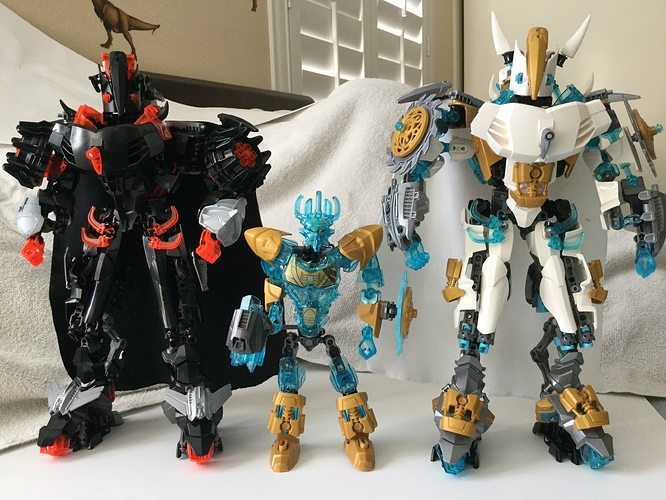 Magmalga is my self moc, and Icicalga is a self moc made to represent my brother.

Also, if you didn’t figure it out by now, these two were heavily inspired by Dialga and Palkia from Pokemon.

The black and trans red figure is my revamp of my first self MOC, Sharky Sparky.

Many people have criticized my first MOC so here is a list of problems that I have fixed with my original MOC:

I didn’t want to “fix” the arms and hands because, well, I liked them the way they were even if 2 other people didn’t approve. Just remember we all have our own opinions.

Have a good day!

The head design looks really good! It flows with the rest of the MOC, giving it a nice cartoony look.

As far as criticism goes, I’d try to add more white in the lower legs.

I like these guys, especially with those heads, they look cool.