I think I lost.

The evil Umarak now have lost all of his train of thought and now have full influence toward Makuta command. He has now collect all the golden shards from the Mask of Ultimate Power to open the gate from both world to unleash Makuta from his prison! 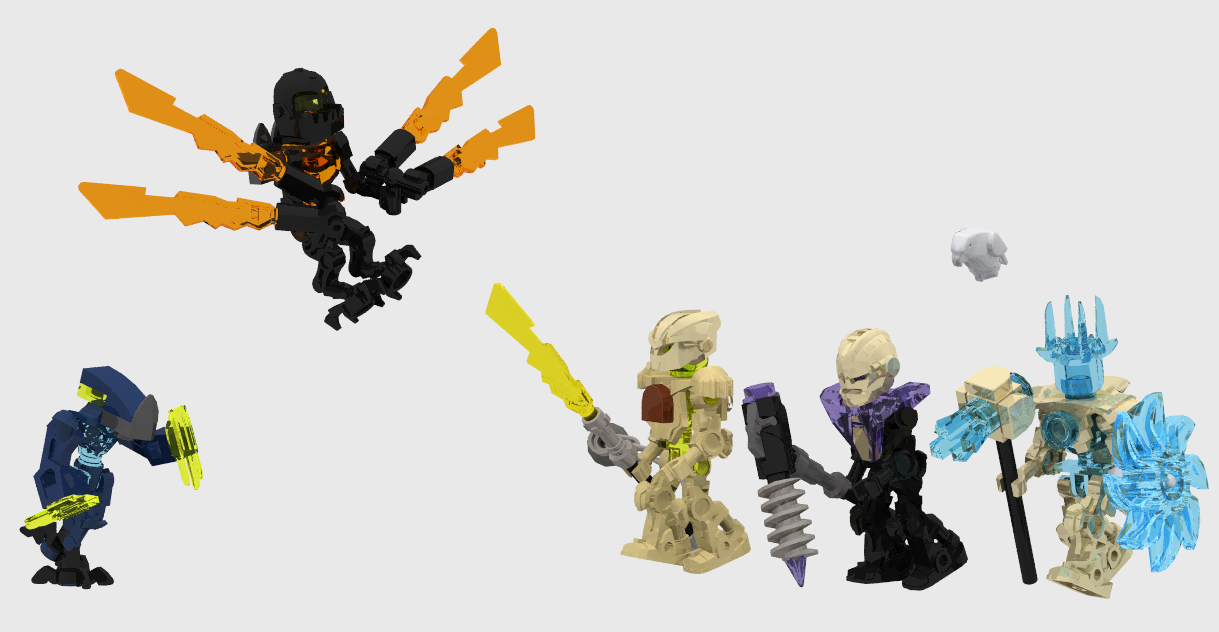 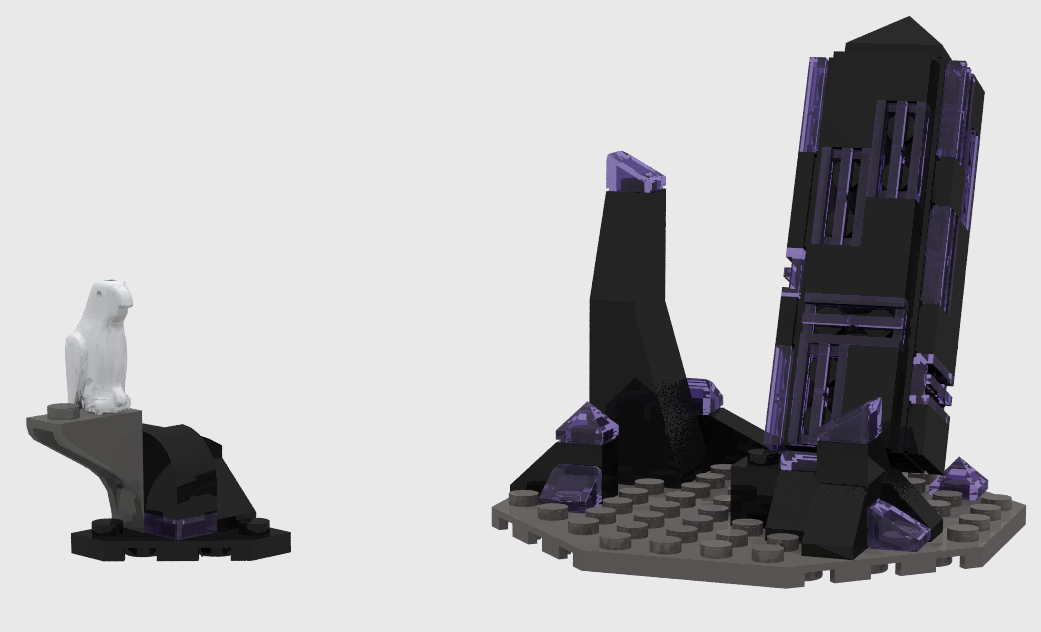 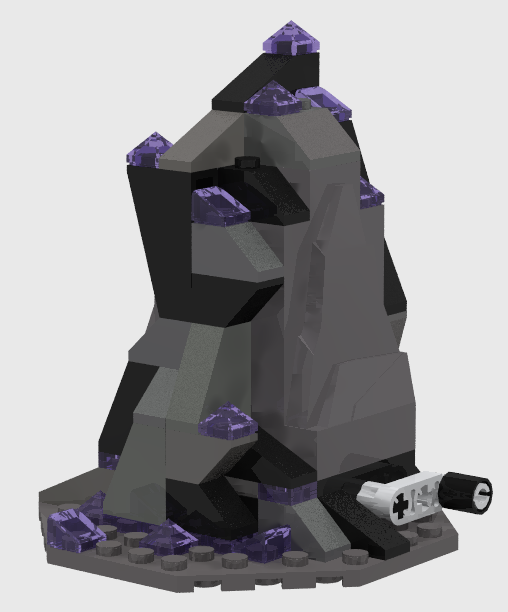 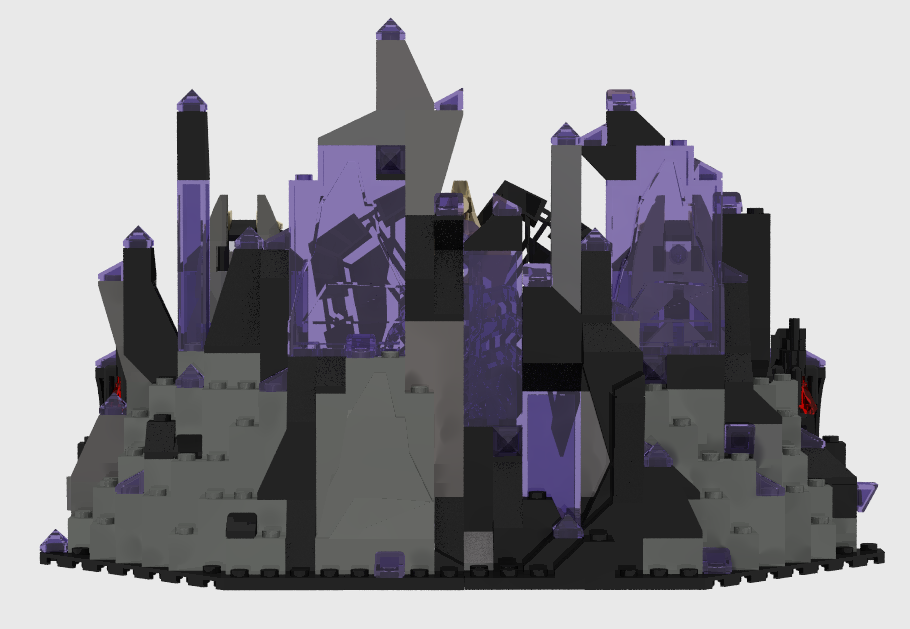 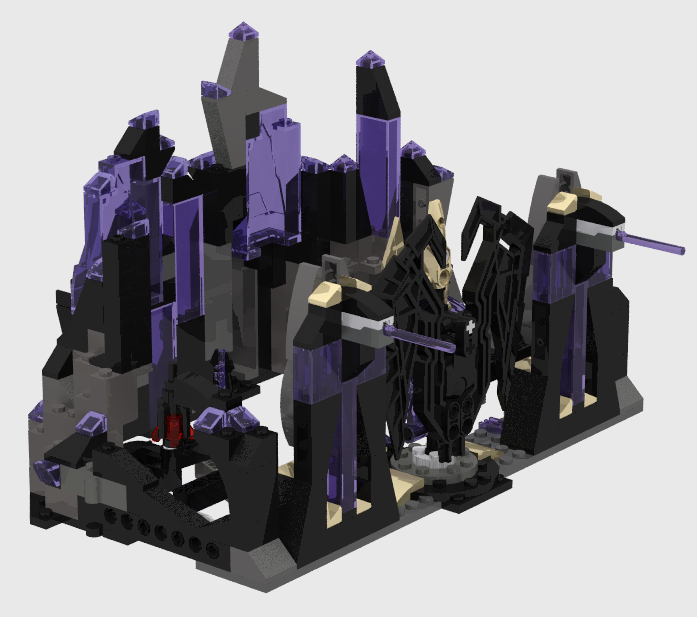 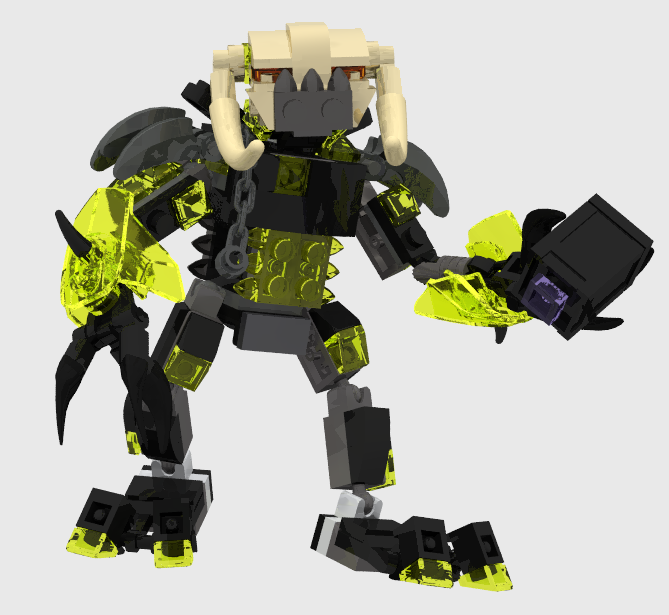 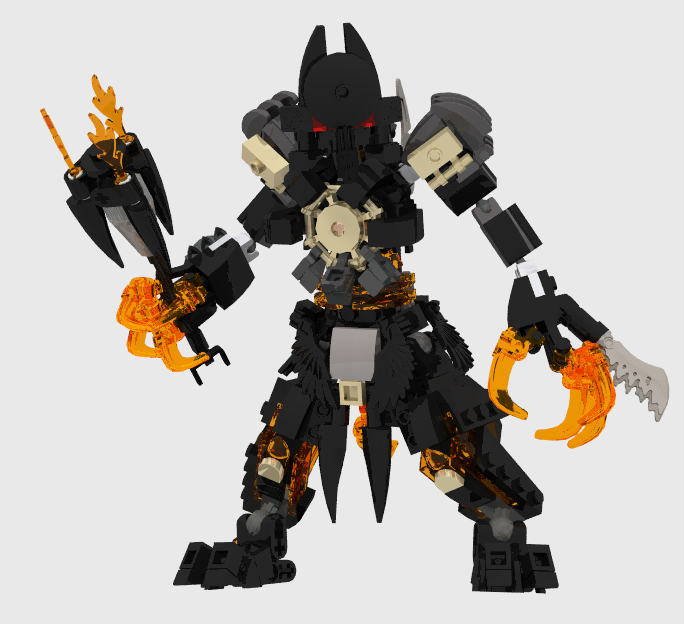 Set Base:
The entire scene is base around the finale of G2 (as a whole) from the JtO Netflix series of The Dark Portal (aka). While the of the “mountain” acting like the portal is completely off compared to a floating rock, giving that illusion will cost alot (I guess this is what building a Lego set feels like…)
I’m not an expert on system so I didn’t cover the entire top of the “mountain”.

In story relevent, Beast did not appear at the end (except inside the shadow realm for some reason), doesn’t show any detail inside the portal, and Umarak is suppose to be sacrificed, I got no-were to place him nor the black crate so you have to imagine it disappear after the portal open. I also didn’t add all 6 Toa’s since because their design are far more worst than what I used.

I haven’t seen many G2 brickonicle sets, and I love the way you create the different characters, particularly umarak!
Great work!

This is insanely cool, I’d buy it in an instant.

rip my wallet tho…

The rest is really cool to and those trans purple parts, yes please

You win. There’s no way I can top this.

Not bad. I can actualy see this as a set… with a few original peices.

Hot dog that is good.

oh my god that makuta

I think I lost.

As for the MOC, it’s great. The figures look like their set counterparts, and the overall “set” looks great.

The best part of this all is Onua’s gold tie.
######and I guess storm beast breaking out of the bolder.

This is amazing. The Makuta and Umarak look really cool, but I can’t help but think Umarak would make a great bigfig, with a newly molded head-area-thing on his body and newly molded arms with attachable claws, but I know it’s impossible to do that in LDD, as it requires new pieces.

it’d still be cool though

This is probably one of my favorite entries so far. The portal itself is well designed an integrates a neat function with Storm Beast. The scaling and look of both Umarak and Makuta are also well executed.

This is amazingly designed, especially all the characters. I think Umarak is my favorite thing about this set. He looks so brutish, compared to the Toa. This will be hard to compete against. Great job.

The use of parts to replicate the designs of the G2 sets is just brilliant, I especially like the use of the Witch King’s crown for Ekimu’s mask and the shooter in Onua’s hammer to retain the original set’s function.

The scale and build of Umarak and Makuta are quite impressive. There’s no mistaking in who they are, and, in Makuta’s case, it even looks more clean than the original Constraction version.

If this contest were up to a fan vote, you would have mine.

The whole thing is awesome!
The figures look well thought out, especially Makuta and Umarak! The landscape is also really unique looking!
The only downside would be the price, though; that bring said, this would most certainly be the flagship set if Bionicle Gen 2 had been system.
It’s a wonderful MOC!
I wish you good luck in the contest!

Everyone’s talking about the figures, which are fantastic; however, in my opinion, the scenery is the best part. The mountain, glowing purple and black with transparent colors, and the varied contours of a steep, treacherous rock face is pretty tough to capture in system, but you did a solid job via what looks like a lot of intentional, careful, part placement and color choices. Is there trans-grey or trans-black in there?

The only thing that would make the scenery better would be if it was to scale. However, I have a feeling that I can guess why you didn’t go that route.