The Death of a main Toa topic

After his development in Journey To One it appears Pohatu may have been in line to kick the bucket during 2017’s summer storyline - or at least a concept artist wanted to portray it that way.

Edited the title to be more generic so the discussion can be more about the idea of them potentially killing off a Toa in 2017 - had the story continued.

Interested to hear your thoughts on how you would feel if G2 had killed off one of the main Toa during its third year. Discuss below :3

I don’t think that’s meant to represent anyone in particular. More or less a generic guy getting killed by Terminator Skull Guy.

But we can dream, can’t we?

More or less a generic guy getting killed by Terminator Skull Guy.

Most likely true, still odd that this is the only death in any of the concept art.

We see character’s fleeing or fighting, but this is the only death and the mask seems seems reminiscent of Pohatu - and given its Toa-sized, i’m wondering whether Lego actually would have killed off a main character.

That would actually be a neat story route to go.

Personally, I would love to see how that would play out(although Pohatu would be greatly missed)

May he forever rip in peace.

Man he forever rip in peace.

Technically, that means Lego saved his life, so that’s a plus

Scar, I don’t think this was for 2017 villains. That Pohatu looks like the 2015 incarnation and that picture appears under the 2015 summer villains in the art book.

2015 drawings of the characters were used as a refrence in a majority of G2 media.

Having a 2015 version of the character cannot be used to determine when the art was made or for what year.

2015 summer villains in the art book.

#The artbook is definitely not in order.

*Or at least the villains definitely are not in order

I don’t think this was for 2017 villains

The reason why i feel it is a 2017 villain concept art;

The issue is that other than the similarities to the Skull Villains, there isnt really anything that can be used to dismiss this as not a 2017 set at this current moment. I suppose the similarities to Demon Warrior, who was shown in the 2015 Villain concept art could potentially mean he was one of the rejected 2015 villain designs, but we have’nt really had anything concrete yet to confirm it.

For the record, if anyone was going to kill off a member of the original six, it sure as heck wouldn’t be a relatively minor “pawn” character, and certainly not a hive-minded mook á la Skull Warrior. At least, I hope not.

This is actually kind of funny, because I considered killing Pohatu in an early draft of Mysterious Island. I decided not to because I was sure that TLG would never do it.

I literally saw the artbook and it was there with the other skull villains. Then it went to Umarak. Doesn’t make much sense to me.

The artbook is a bit of a mess when it comes to ordering, thats what i meant when checking sources, though no disrespect is intended.

Its just that we have 2016 almost book-ending the villains and 2015 is mostly in a lump except for Demon Warrior, which would lead to someone suspecting this character as being a 2015 Skull Villain as you have.

Though as mentioned, its not really possible to determine the year or wave of certain concept arts would have been given they contain elements that transcend the years they would logically go into - such as the skill villain including official pieces from well into 2016.

Though i’ve done my best to illustrate this below, with the 2017 poster removed from the villains list as it was clearly meant for 2017.

As a side note the bottom right image may actually be an alternative Umarak design based off his third concept art.

Is this a severed head? It looks like a semi-closed eye on a head 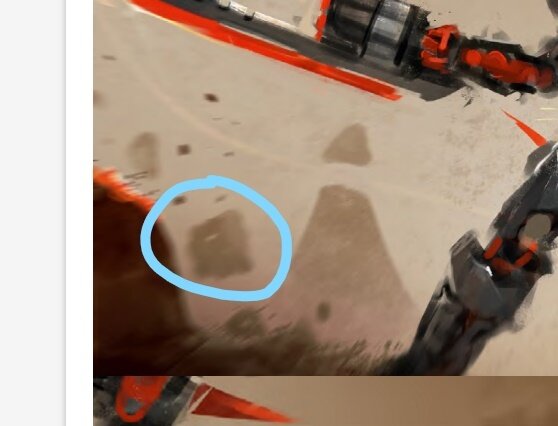 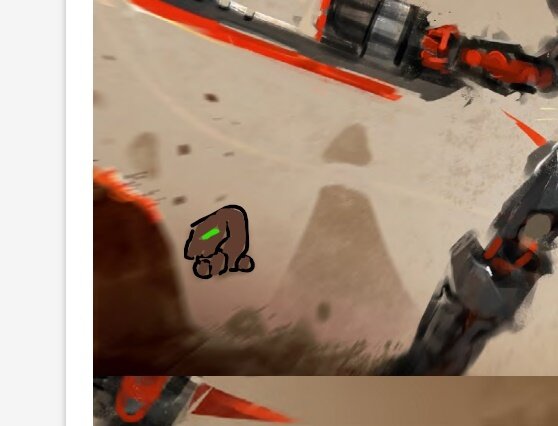 Upon closer inspection, I’m 95% sure that the victim is Pohatu in his 2015 incarnation. You can see the 2015 pin add-on angled vertically toward his upper legs, and the tip of a widely angled weapon in his left hand, just below the upper right hand corner of the frame.

I’m pretty sure it’s just a random bloke who happens to vaguely resemble Pohatu or a ‘Matoro on Bara Magna’ situation, where a generic figure (and let’s be honest, Pohatu is pretty generic) is used as an stand-in for someone or something else.
If one of the major characters was intented to be killed off, I’m pretty sure this moment would’ve been given a lot more care than just being a background event in a concept art of a random mook.
And if any of the Toa were to be killed, I wouldn’t want it to be Pohatu. G1 has already dropped the ball with the ‘if you’re somehow troubled and halt the progress of your team because of it, don’t worry, you can still prove your worth by dying’ glurge, not to mention that the entire character development he got in JTO would go to waste.