Boy, has it been a long time since I last posed. I’ve been wanting to post here for a while, and so I decided to use this time now that I have a lot of free time on hand.

What better way to kick things off with my main heroes, the Guardians of the Island of Suhnork 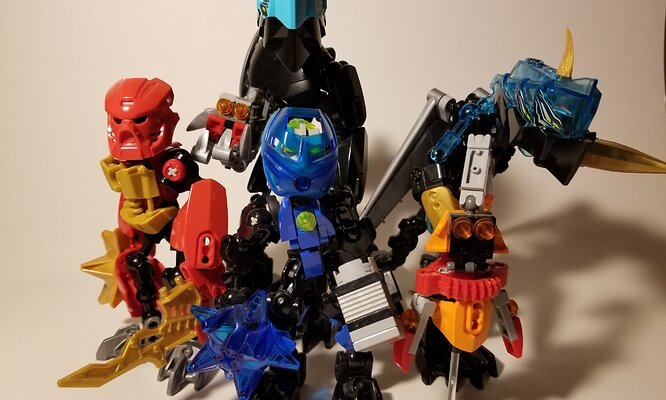 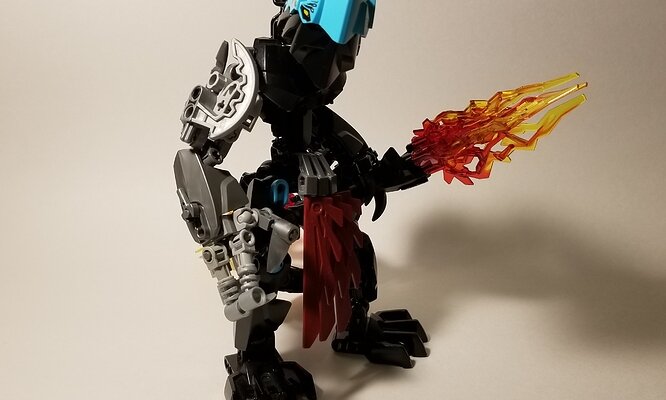 A serpentine said to have fallen from the stars 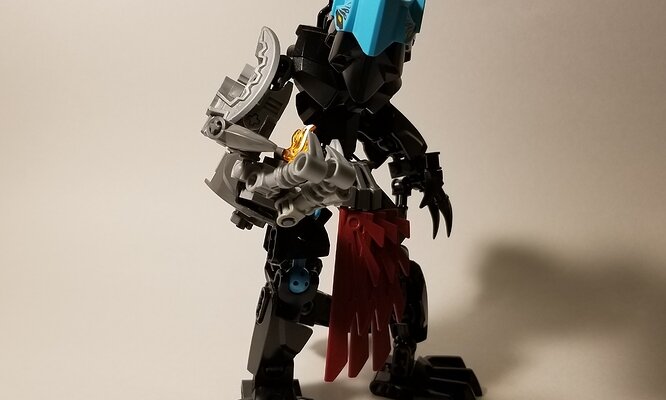 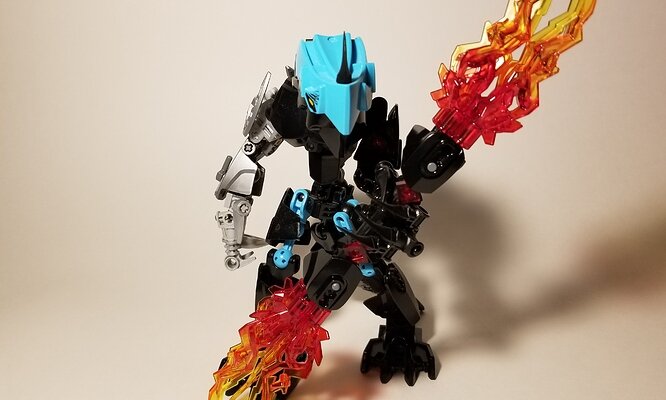 With his fire elemental powers, Draco is able to activate the double-egde torch 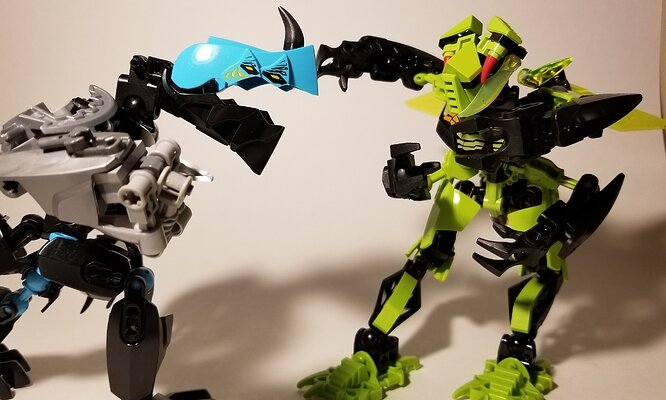 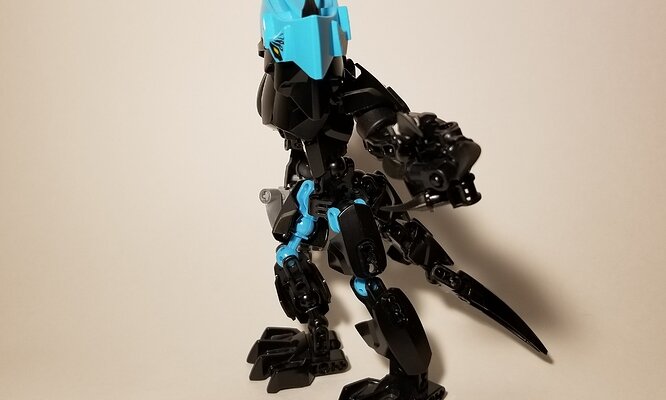 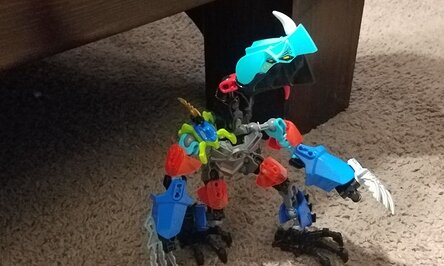 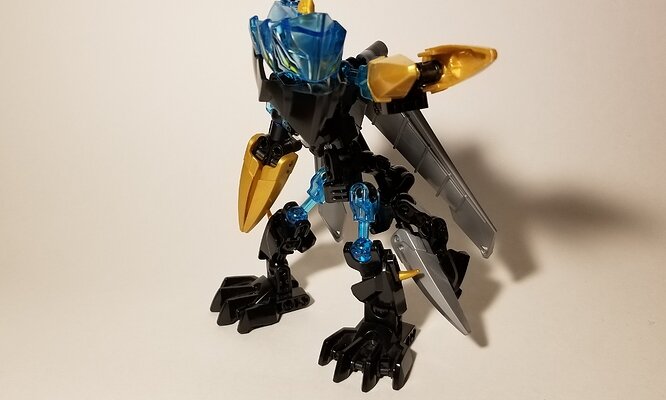 A denounced king who was criticized for not holding up to his father’s greatness by his people despite having a whole life ahead of him. He left his underground kingdom, looking for a world to leave the life of royalty behind. And although he tries to forget his past, he’s constantly reminded by his wings which are passed down through royal blood. 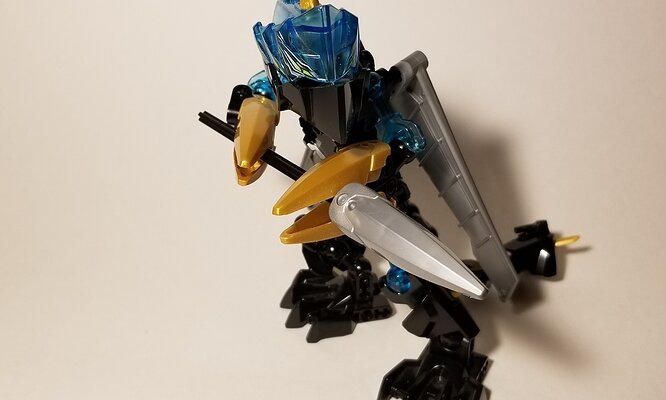 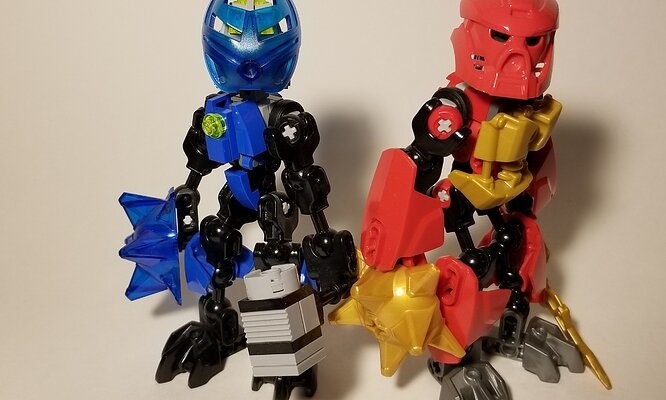 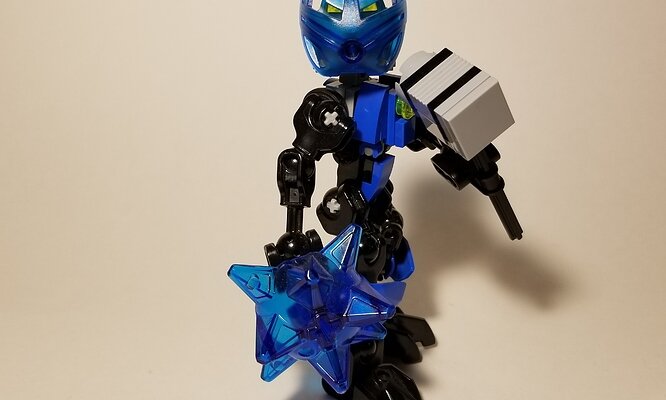 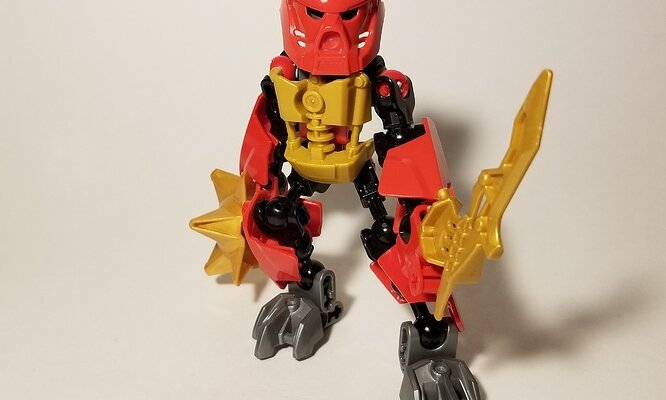 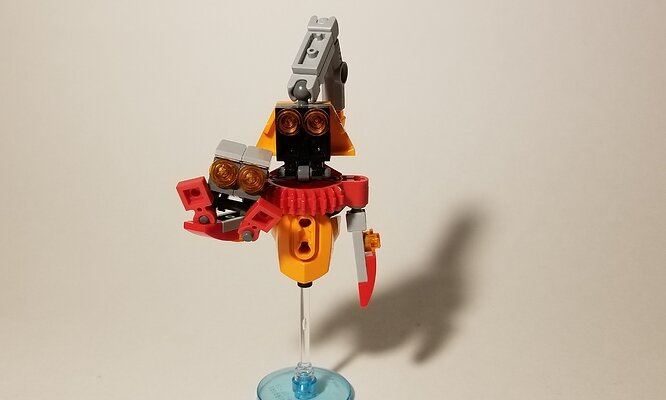 Dribabot is a bio-mechanical being with regenerative abilities. The Scout (small one) was an abandoned droid that was declared defective by its manufacturer after it had suddenly become sentient. 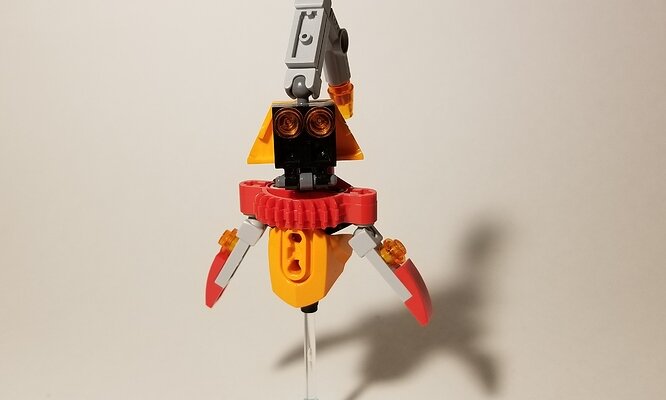 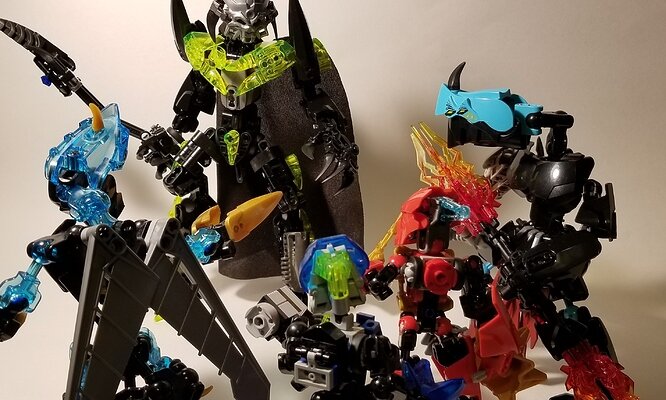 Maybe some of you might be familiar with the other mocs in this topic, who knows?

That’s it for now, stay tuned for more!

I reaaally like these guys. There so small and simple, but still look good, especially drago. His entire mechanical arm is brilliant.

Heck, Dribabot is insanely cute, I would die for Dribabot.

I don’t know if you had tried it, but maybe put the side facing armor shells on the front of the matoran’s legs to make them look more filled out. I love the pincers on scorpio!

I like the use of translucent pieces. It gives them a bit of a theme. I Draco’s hand looks cool as well. Do you have a topic for the other moc in the last picture? I’d love to take a look at it.