I built this little system MOC as practice for rockwork designs, so there really isn’t much to this build. 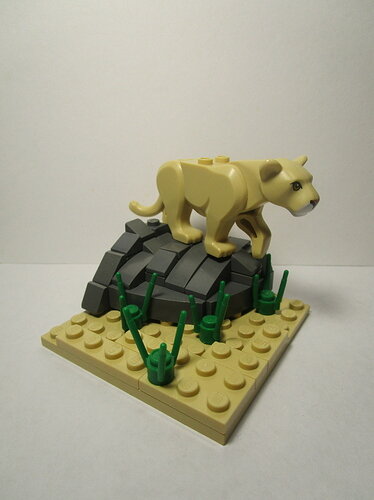 To be honest, I also built this MOC to show off my new lioness piece (which I may or may not have named after a character from The Lion King

) from the Safari Off-Roader set. 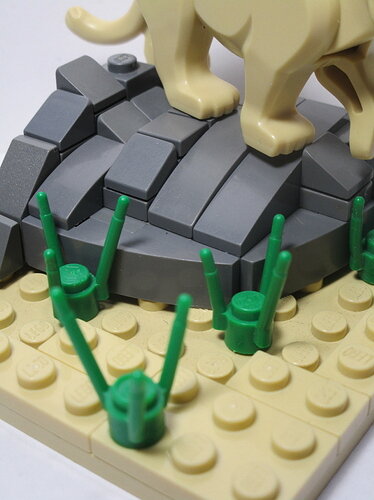 Here’s a close-up of the rock design.

Also, though somewhat unrelated, the title of this post is a reference to, of all things, the Star Wars: Commander app. More specifically, it’s the line Johhar Kesen says when he’s deployed in battle.