Jimongra, terror of the land...
Astalion, scourge of the sea...
Two of the deadliest and most feared apex predators ever discovered. As deviateing as they are iconic, many men and beast alike have fallen to their hunger...
But I don't think there good enough to post separately so I'll just lump them in with each other.

image.jpg3264x2448 1.38 MB
The Jimongra is a fast moving solidarity preditor. It uses it's muscular forearms, claws, and jaws to hunt down and kill its prey as well as sectreating a sticky, tar-like mucus from its mouth and a vent at the end of its tail. They are found living on top of flat mountains, faults, and plains though some have been spotted moving into small forests in search of food. They primarily feed on wild cows, large birds, and even humans. They are semi nomadic as they only form a territory after finding a large food supply. When it runs out of prey or is unable to compete with other predators it will move to find new hunting grounds.

image.jpg3264x2448 1.45 MB
The idea for the Jimongra originally started out as an aquatic creature. Eventually I changed it into a land based creature taking inspiration from Monster Hunter's Zinoger. One idea I had for it is that it used its weighted tail to swing itself around and through the air like the Duramboros.

image.jpg3264x2448 1.38 MB
The main torso is built up using two Bohrok head pieces and crossing axiel to attach the shoulders wich hold the arms in place with a Toa Mata neck piece and a six-stud launcher like so:

image.jpg3264x2448 1.54 MB
The Astalion like its land locked cousin is a solitary preditor although not much is nown about its more complicated behaviors. most live an amphibious life on both land and sea although they call the ocean there home. They can be found along beaches, flooded swamps, even the lightless depths of the ocean, and the peculiar hollowed mountains. What they feed on mainly depends on where they live. To catch there prey they chase it down with there muscular fluke and catch it it there sharp jaws. While it's thought that the purpose of its long, curved horns ir to heard prey items into the mouth while its chasing them, they have been observed dragging there horns into the dirt and sea floor to uproot small crustaceans and mollusks.
Mysterious organs along there neck and underbelly use waist from digestion to somehow generate small nuclear reactions allowing the creature to give off a faint radioactive aura. It is thought that the reason they started living in water millions of years ago to prevent overheating from this prosses.

image.jpg3264x2448 1.34 MB
This guys actually pretty scrawny. He uses ccbs shells for most of his bulk especially in the chest and front legs. His "backbone" is a Rakshi collar piece with things like inika waists and extra small ccbs bodies for attaching things like the arms and neck. One thing I tried to do was replicate what I did with Jimongra's tail with the neck and tail of this guy. I ran out of parts that I wanted to use around this part so I focused on the neck while in the prosses sacrificing the tail. While I can't do much about that at the moment I will probably end up changeing the actual baddie part of the tail.

So these were my mocs. If you haven't guessed already I post mocs out of order that I build them and instead post whatever moc I want to share. Jimongra is an older moc while Astalion is a relatively new moc although not by much. I'll probably be makeing some sort of moc timeline that I'll update with every new posts. I'll see what I can do about that.
In the meantime leave comments and criticisms down below! I love hearing what other people say about my work weather positive or negative!

These are pretty awesome man!
I totally read the title as "The Jimongra and the Australian" though xD

When I first scrolled through this topic, and didn't even realise that it was for two different things. Silly me.

They look pretty great though.

i'm also getting some Kyogre and Groudon vibes. I'm half expecting a terrifying sky version...

This is pretty cool

I vant to see a video where they fight.

These are great.
I don't have any problems with these.
10/10

As for what MOC I want to see next, I'd say Guardian.

Thanks for all the support! We currently have a tie between Guardian and Unorthodox. The next comment mentioning one of those two will be next times moc

i'm also getting some Kyogre and Groudon vibes. I'm half expecting a terrifying sky version...

Pretty cool, both are extremely creative.

Jimongra hind legs doesn't work well and the yellow and keetorange sticks out.
The model reminds me alot of Jang Trachylomidmoc: 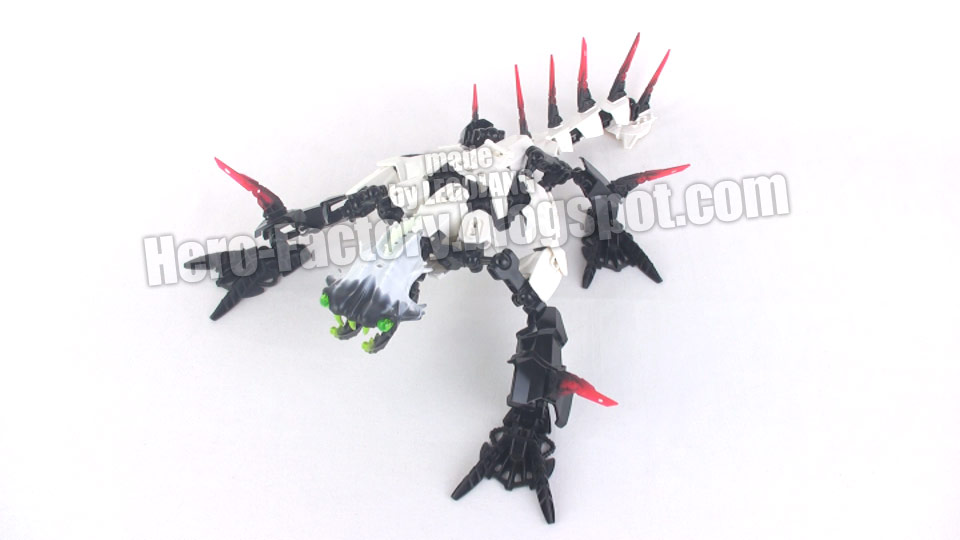 The bulk is pretty decent.

Astalion neck doesn't work for me and it has better coloring for the tail compared to Jimongra.

The Astalian is really interesting, it reminds me of something I made a while back. The Jimongra is pretty fair, but the tail colouration stands out a bit much.