This is the first Hollow Knight MOC I made. I built it about a year ago, and at the time I thought it would be slightly ambitious mostly to the cloak. And while the cloak was in fact the most difficult and tedious part, it actually came together on the first attempt. Most importantly, I think I learned a lot while making this. I didn’t know it at the time, but that knowledge would be put to good use soon. 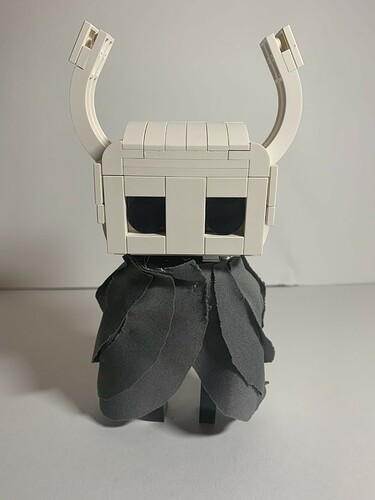 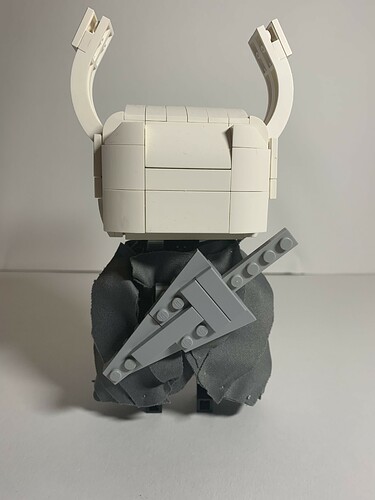 image3024×4032 1.01 MB
I only went with two photos, because there’s not that much to see. What’s underneath the cloth is very basic, and at the end of the day doesn’t matter, as it’s always concealed. My own greatest criticism is how the “eyes” look very dead, which is ironic to anyone who knows the game, but still it bothers me. Here’s an image to compare it with 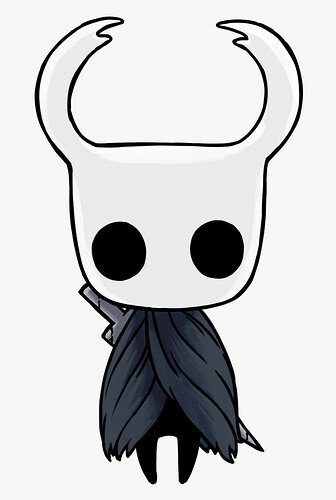 i don’t what this is, but it’s cute!
good job!
on whatever it is.

This is pretty good! Although he looks a little flattened, but still, I couldn’t do better

He looks amazing super cute but just one thing though, I always thought the nail was meaint to be a little rounded on the flat sides kinda like a smooshed drill.
It would also be very cool if you could make his eyes a bit round as well.

@T4k4nuv4 Yeah, I see what you mean, but I also don’t know how I would add good looking depth with reworking the entire head

@Festive-Alucus I tried to get a little bit of that shaping on the nail using the tile pieces, but in general the nail was surprisingly difficult to make.

His “eyes” are actually round, it’s just that socket is square giving it the wrong appearance. I’ve thought about bringing the “eye” pieces to the front more, but I feel that could ruin the sense of emptiness I wanted.

Might I recommend something similar to what I did? 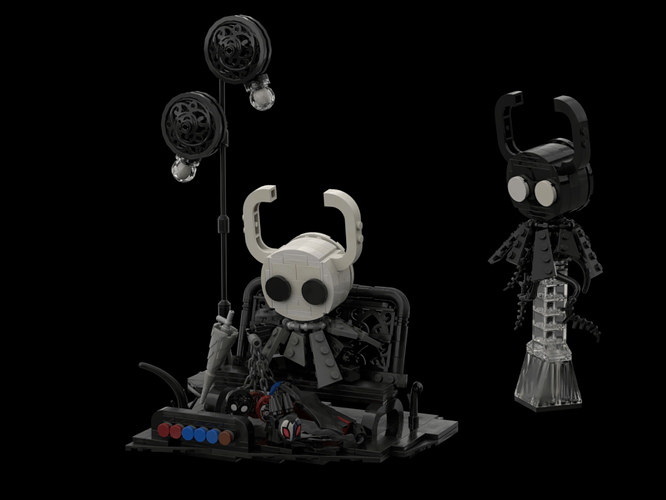 Little ghost (realistic)800×600 163 KB
Try to construct the head using brackets and slopes for a more circular shape. You may not be able to pull off the exact same design I did but it shouldn’t be too hard to scale it to fit your moc. Since it seems your going for pinpoint accuracy you may not want to make a full circle like I did but I’m sure there is a way you can work it out.
2 Likes
Krelikan September 20, 2021, 5:16pm #8

Issue is, the head isn’t a circle, it’s a soft edged cube.

I know that, that’s why I said my method probably won’t be as helpful. But still using brackets and slopes may help get the right shape. Keep in mind its still made of LEGO so there is only so much you can do about the shape.