Personally speaking, I would wait until there are actual instructions.

There is no guarantee that we will get any instructions…

While I was working on the shoulder pads I realized that it’s impossible to build stuff exactly like the original model,

Incorrect, i made them. Its just difficult making them connect to the head on the lower arm.

There is no guarantee that we will get any instructions…

It was something that people never expected to be made into a set, its likely lots of illegal techniques…

It’s impossible to make the body correct, so why bother making the rest correct too?

I don’t know what you mean when you say “it’s impossible”. It was built.

This was my first attempt at building Makuta shortly after the Makuta contest video reveal. The goal was simply to get the basic idea of the chest, the spinning wheel, the spikey belt and the lower ribcage piece - all of which are in place and work without many issues. I still need to do the armour correctly and the legs and arm attachments will need some revision, however recently moved so haven’t been able to build. 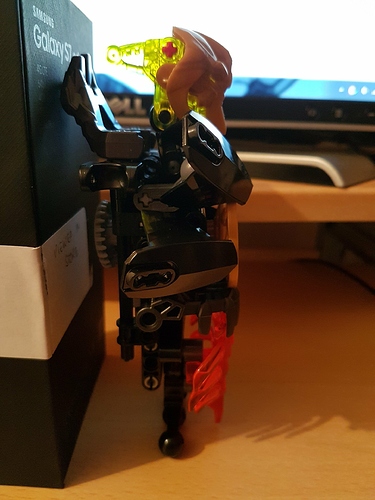 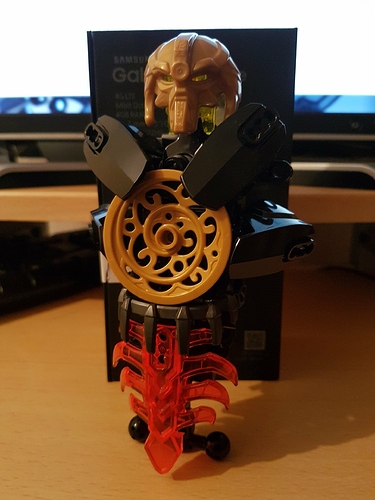 As for the shoulder pads, these things are tricky, so rather than focus on replicating the inspiration i decided to replicate the JTO version. I need to shorten the gap between the top and the Shadow Trap piece, however other than that, it serves its purpose aesthetics’ wise. 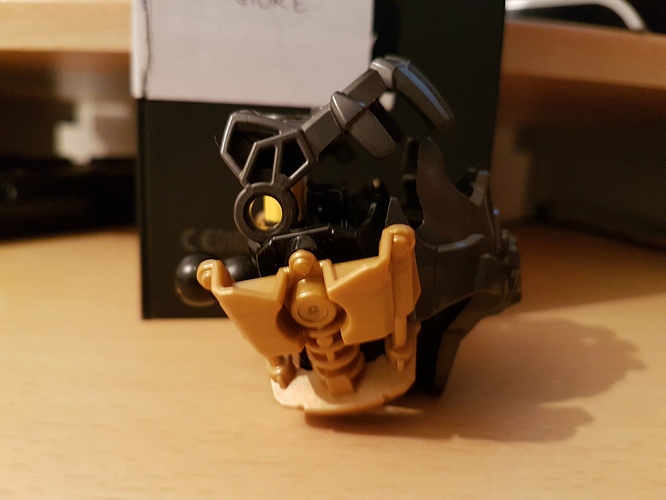 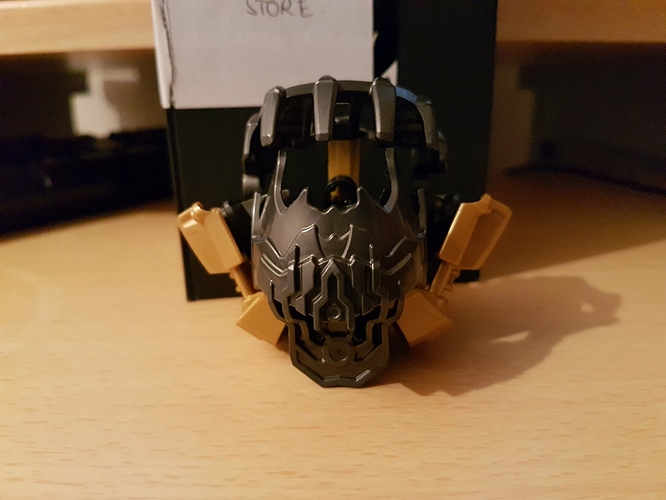 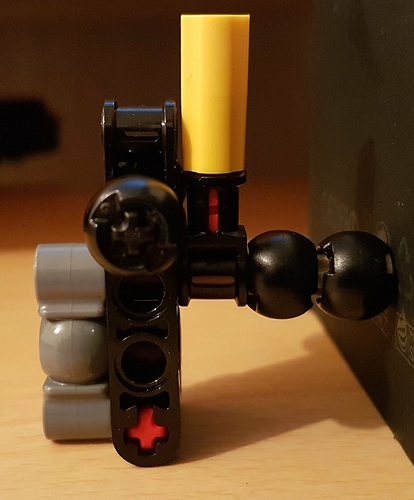 It’s impossible to make the body correct, so why bother making the rest correct too?

I don’t know what you mean when you say “it’s impossible”. It was built.

Without us seeing the inside it’ll be impossible for us to replicate exactly, i believe that is what @Altair meant. We don’t need to follow it exactly to the same specifications as the original design, though i understand a lot of people here will try.

In my view the focus should be on replicating the exterior while maintaining functionality and to me that’s what I’m hoping to achieve with my own version - which is why it leans more heavily on the slightly simplified CGI JTO design rather than the actual set that inspired the JTO design. 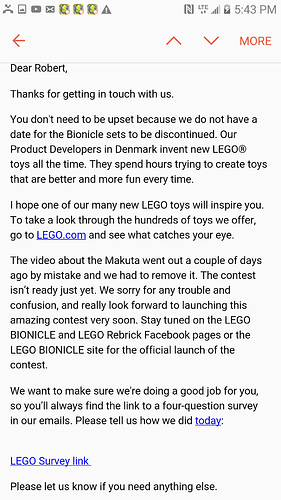 So far I love it!

Thanks I will try and get it finished today.

don’t forget to get the connection to the mask just right.

I have a digital calliper. I should be able to get it exact.

Are you capable of doing prototypes

I have an FDM printer but it it acting a bit funny at the moment. When finished I will purchase one from shapeways to see how well it does. But as I live in Australia the shipping will double the cost and take longer to get here.

@Cyber-Hand, looking good man! When you say we can download it, do you mean we can get the file? And if so, how much will it cost?

I will upload the model to shapeways for everyone to purchase. Depending on the material you want it could cost as little as $12.

Where did these come from?

Great not one of them is the actual Makuta we’re trying to build.

Where did these come from?

Brickset, reposted via 4chan and then posted here

Great not one of them is the actual Makuta we’re trying to build.

Yeah, was pretty annoyed by that also…

How’d you do the shoulders?
Could we have more in depth pics?
@Scarilian where’d you get those pictures?

where’d you get those pictures?

How’d you do the shoulders?

There are images further up for how I’ve done it, unsure how Altair did it

There are images further up for how I’ve done it, unsure how Altair did it

Thanks I will try and get it finished today

You can’t rush perfection, so just take your time man. What else do you plan to add/improve? (and will the eye sockets actually be in the same place as the eyes on a g2 head?)

That is the hard part. I am going off what the Masks in the JTO and the ones in the contest video. So they might not line up properly.

But as I live in Australia the shipping will double the cost and take longer to get here.

I just contacted Lego and kindly asked for more pictures of the Makuta model (and maybe instructions) and I encourage EVERYONE to do the same, it will increase the chances of actually getting what we seek.