The Shadow Matoran walked into the small stone chamber, two guards behind him. Around him were thirteen other Matoran and a huge figure standing before them all.

“I am Tobduk,” the being said, “I work for a secret organization that is at war with the Makuta. One of our operatives has been captured and imprisoned on an island. Since we don’t have any agents to spare, I wish for the fourteen of you to go and get them. Better you then a bunch of the Order’s greatest enemies… Glad Brutaka isn’t putting this team together.”

The Shadow Matoran smiled. Tobduk did not know it, but one of the Order’s greatest enemies was among them. Makuta Tridax had discovered a way to disguise Shadow Matoran as other types of Matoran. When he had heard that the Order of Mata Nui was finding Matoran suitable for this job, he had corrupted and disguised some of them.

“We have located Destral and managed to capture and interrogate…”

The rest of Tobduk’s words did not register to the Shadow Matoran. Located Destral? The Makuta must be warned! But there were guards all around…

“…so we have used this information to find the location of the island, which is marked on your maps, with your supplies,” Tobduk said, gesturing to a pile of equipment.

As everyone’s eyes went to the supplies, the Shadow Matoran used this distraction to run to the nearest entrance and jump out. Wings unfolded from his back, and he flew towards the nearest village.

“Run! Go after him!” Tobduk yelled at the guards, who sprinted after the Matoran. Tobduk began to pace the floor, muttering, “I knew we should have had had this meeting on Daxia… Well, now there are only thirteen of them… And worse, there might be more Shadow Matoran among them. And we can’t summon Axonn for his Kanohi Rhode.”

Tobduk turned to look at the assembled Matoran.

“Go. Rescue our agent. And kill any traitors.”

Then Tobduk ran from the room.

----------THE ORDER’S MISSION-----------
This will be an experimental game similar to the Quests for the Masks of power, but with three differences. One is that it will take place in the Mataverse, one that there are not a set number of limited options, but you can decide what to do, and the last difference is that there may be other traitors trying to betray you. Each of you is a separate person, and can choose different courses of action, as well as coordinating actions. You could have some distract an enemy while others scale a wall to attack it… or you could act like Gali and Lewa in Bionicle 2015 Episode 8.
The Order of Mata Nui has sent the 13 of you on a mission to one of the Southern Islands to find a captured operative. But there are Shadow Matoran traitors among you, trying to kill the operative once you find them. You must find the agent and the traitors, and not die along the way.
Sign up within this topic, 13 players max.
Good Luck!
Players:

Seems pretty interesting, but I want to stay away from too many games on here. But I think this is a wonderful idea!

I’m in too. These games have gotten me fired up, so why not?

Wait, wait. I didn’t say I wanted to join. I said I wanted to stay way from doing too many games. I was trying to say I need to keep myself not so distracted. As such, while I like the idea, I don’t want to join.

Sorry if that wasn’t clear. Make some room for other players who have the time to play. RPing takes up so much time and makes it hard to keep track of what’s going on, and that’s hard for me to do. As such, please, remove my name and let someone else take the position.

Sounds good.
If you could add me, that would be nice.

FIRST (Test-ish) QUESTION:
There are 13 of you on the quest. Would you like to choose your names from the names of the 13 Dwarves in The Hobbit? If not, how about the names of characters in other franchises? Or completely original names? Voting ends when all 13 slots have been filled.

As much as I would love to be addressed as “Megatron” in this, I think it would be best for me to use the name of my true self-MOC, Katarax.

Sure, why not; I’ll join. Since we’re Matoran, I’ll be Ardvesa.

I’ll join, and be named: Kopeke.

I might as well join in. Sounds interesting. I’ll be a matoran Ranaki Pakewa, just not as shrunken as this guy. 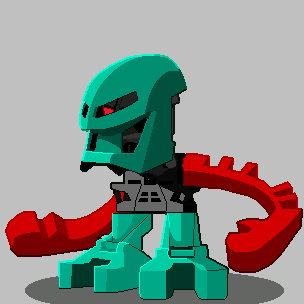 I’ll join.
The name will be Pyren.

My name will be Miruk.

I will be a Fa-Matoran codenamed “Papa Smurf”. Very few know his true name. Those who do fear it and never dare to utter it.